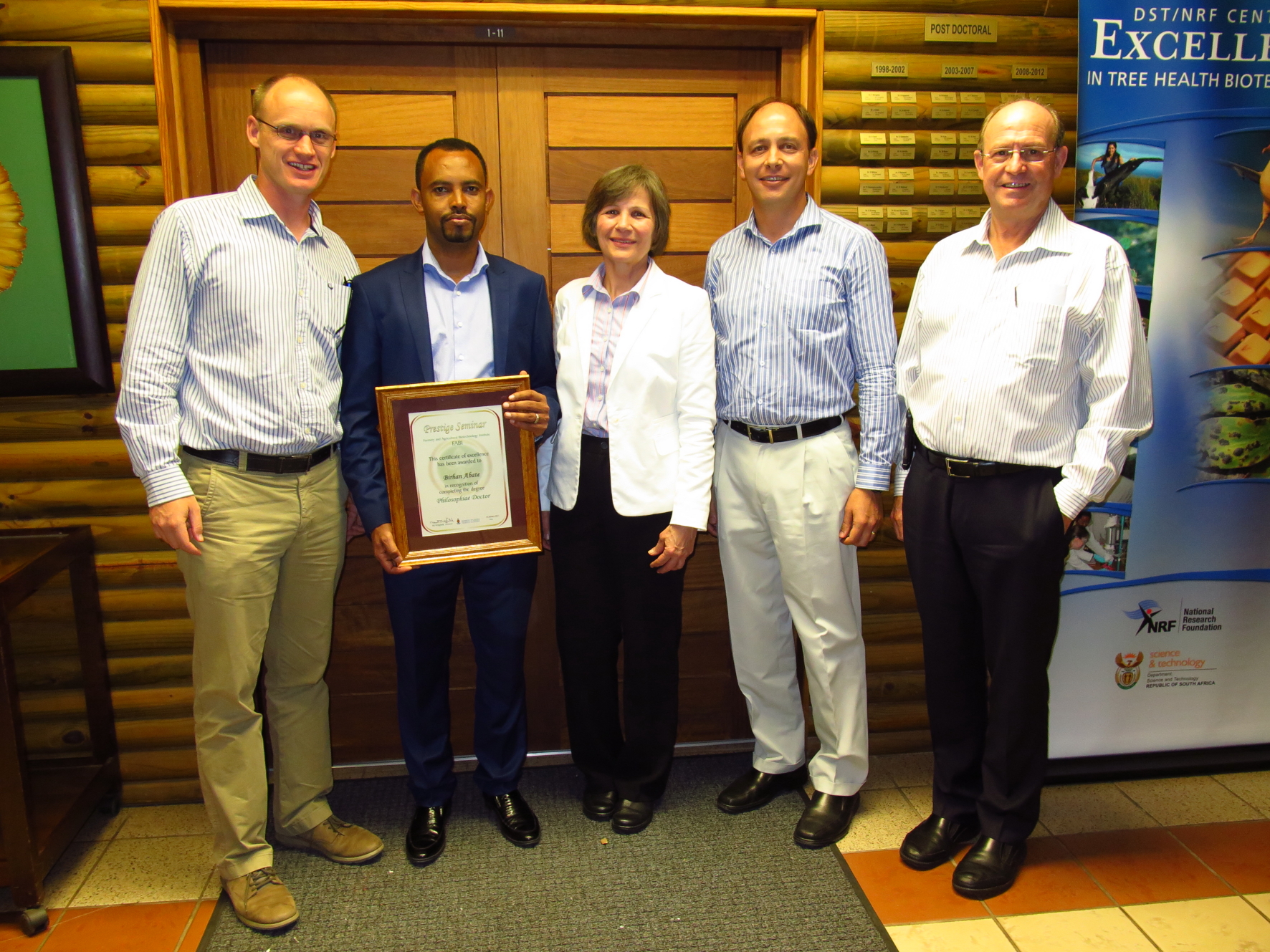 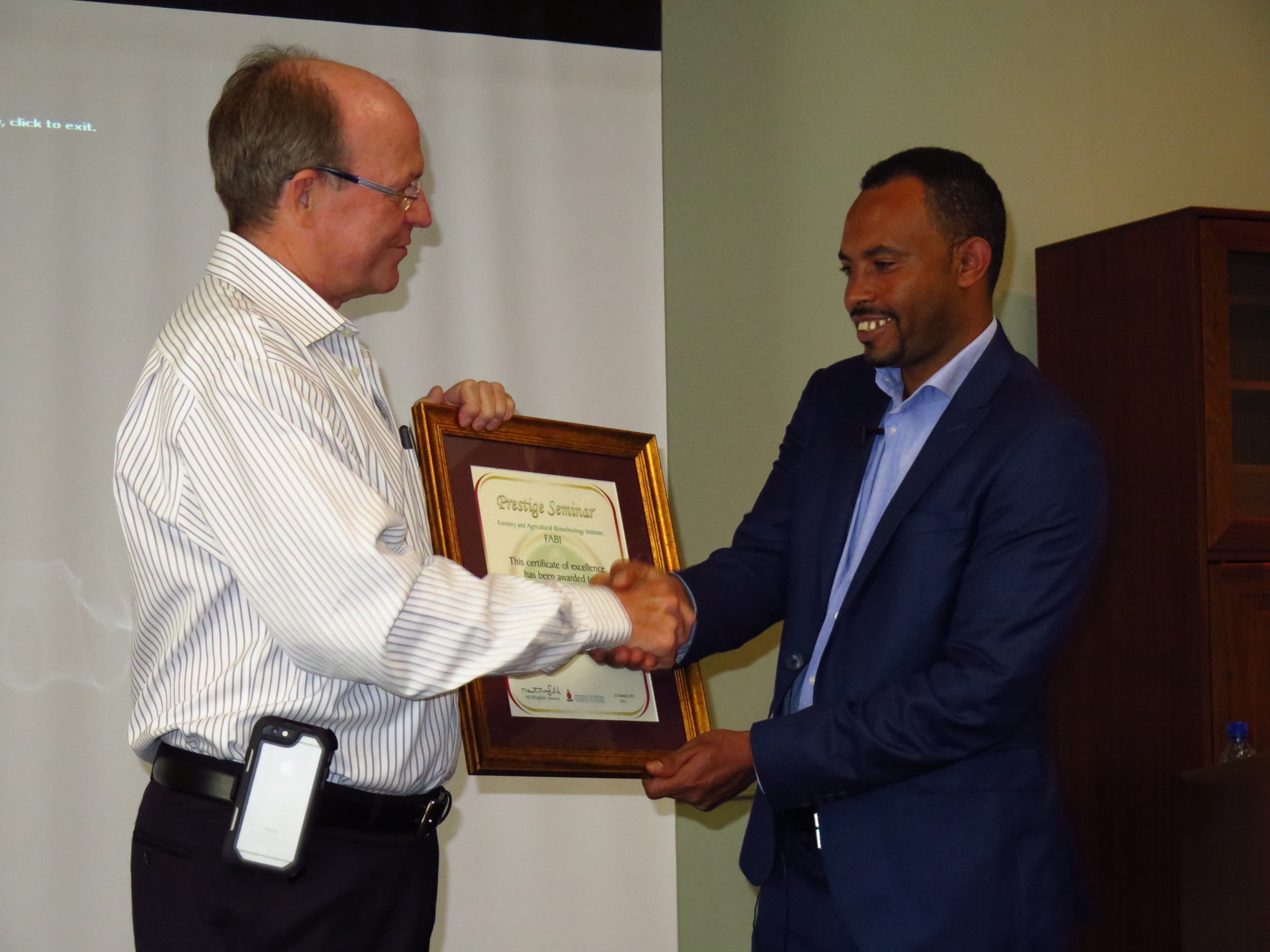 Birhan Abate is the latest student at FABI to complete a PhD degree and the first to deliver a prestige seminar in 2017. He passed his PhD oral examination on 27 January, a day after presenting his prestige seminar. Prof. Mike Wingfield presented him with a framed certificate of completion, an award accorded to FABIans who reach this milestone, and congratulated him for his “trailblazing” work.

Birhan’s presentation was titled "Molecular characterization and evaluation of entomopathogenic nematodes in South African forestry plantations". It summarised his research project, the focus of which was the use of entomopathogenic nematodes (EPNs) as biological control agents against white grubs and other insect pests in South African plantations.

Birhan isolated and described a new species of nematode, Steinernema fabii (named after FABI) from soil samples at an Acacia mearnsii plantation in the Mpumalanga province that is different from other Steinernema species. He also highlighted some of the challenges in the application of EPNs such as their poor survival rates after application due to UV radiation, dehydration and the availability of host targets.

Birhan conducted his research under the supervision of Dr Brett Hurley as primary advisor (becoming Dr Hurley’s second student to complete a PhD degree) as well as Profs Bernard Slippers and Mike Wingfield. His external examiners were Prof. Mary Barbercheck from Pennsylvania State University in the United States, Prof. Driekie Fourie from North-West University and Prof. Fanus Venter from the University of Pretoria. Dr Hurley applauded Birhan for publishing two chapters from his PhD thesis and for his hard work, passion and persistence despite the challenges he encountered.