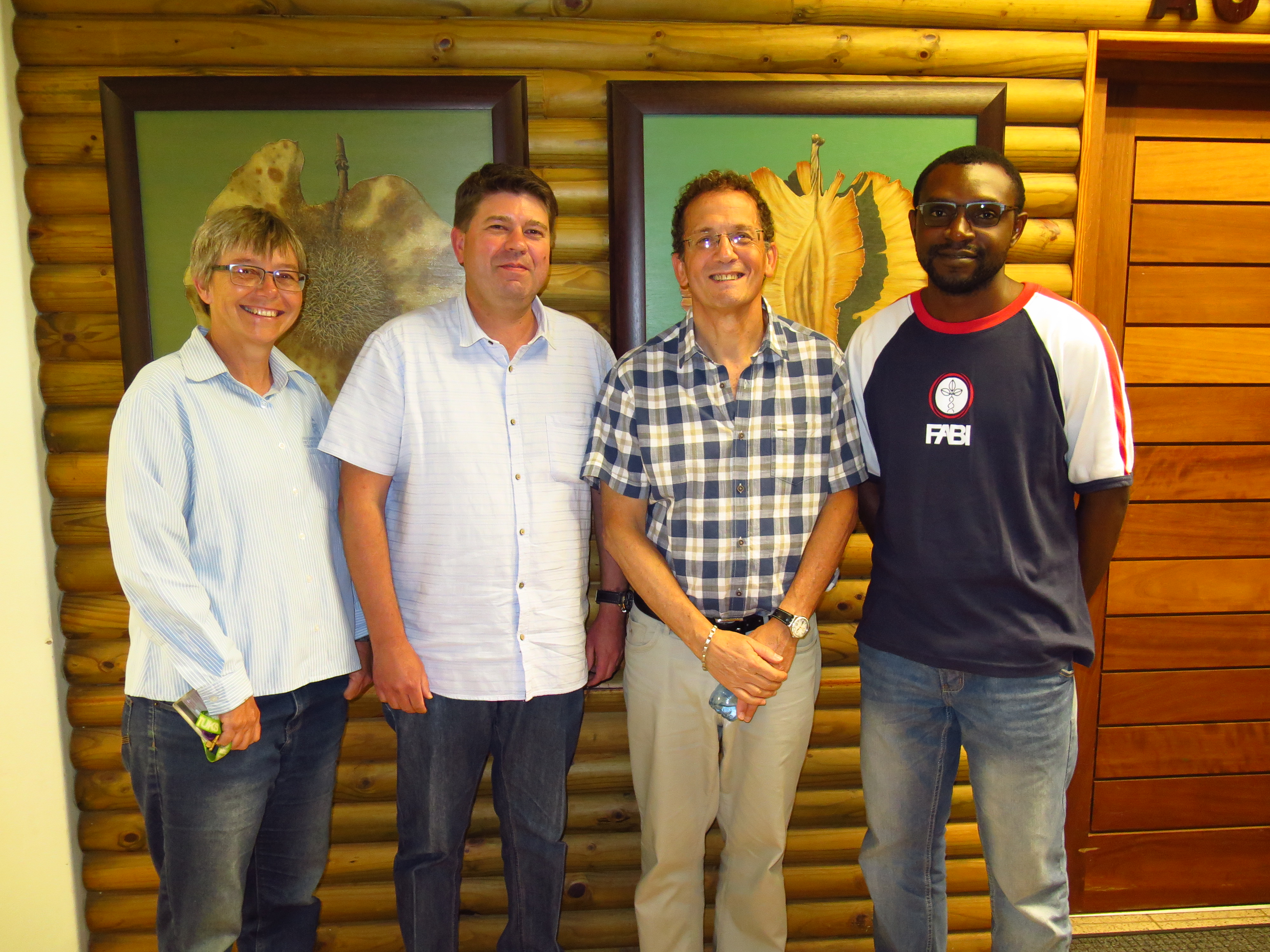 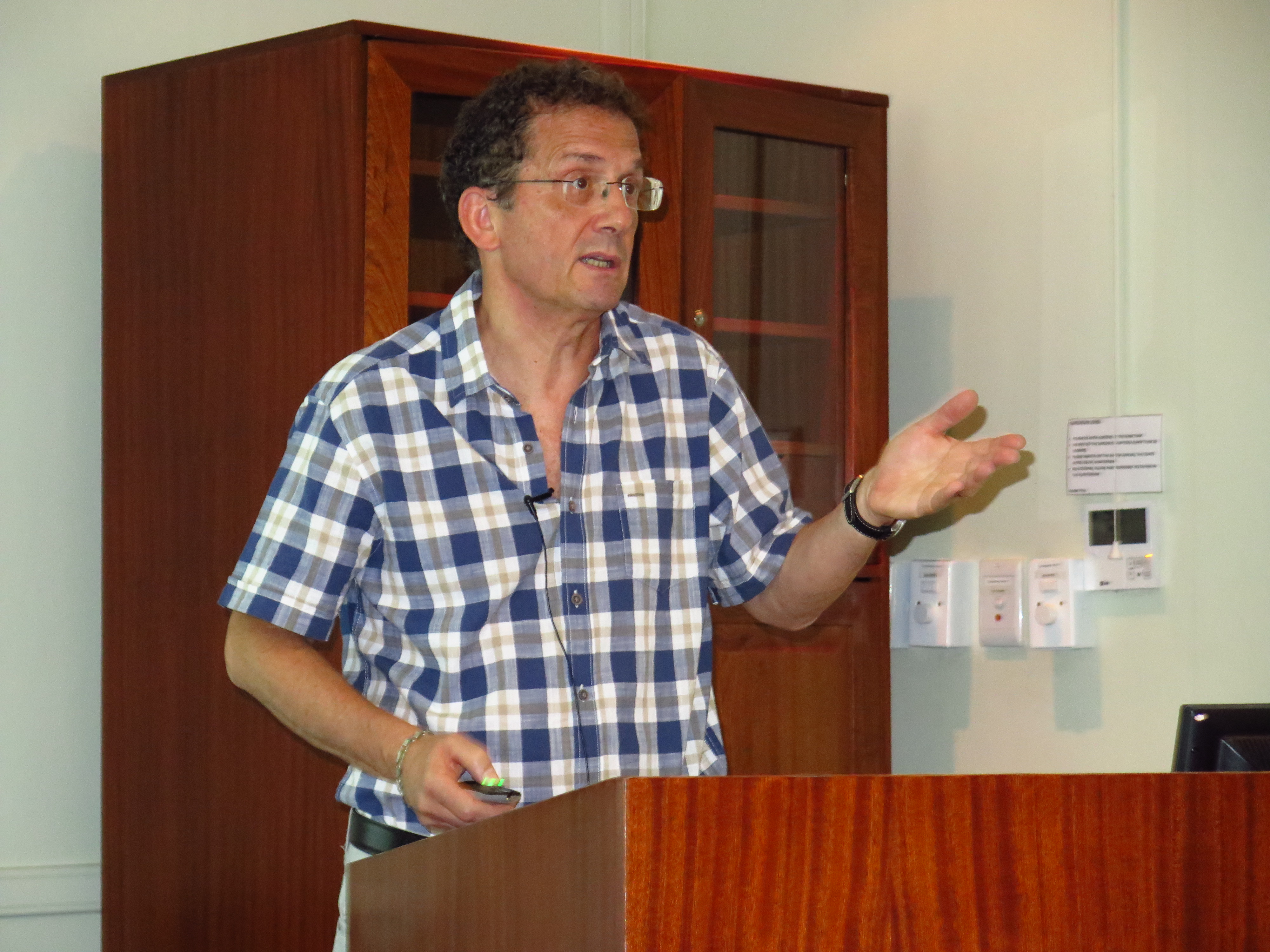 Prof. Mario Rajchenberg visited FABI from 23 January to 3 February 2017. Prof Rajchenberg is a principal investigator associated with the National Scientific and Technical Research Council (Consejo Nacional de Investigaciones Científicas y Técnicas - CONICET) and the Research and Extension Center for Andean Patagonian Forests (Centro de Investigación y Extensión Forestal Andino Patagónico - CIEFAP). He is also an extraordinary professor in forest pathology. His research focuses on wood rot fungi, foliar diseases in ornamental native Proteaceae, the use of root symbiotic fungi (mycorrhiza) in forest production, edible fungi of native and introduced native and plantation forests of the northern Patagonia, and the study of the 'blue spot' of the woods. He is internationally recognised for his work on the taxonomy and systematics of the polypores and wood rotting fungi.

The main purpose for his visit was to assist Mr Michel Tchotet, a PhD student in the TPCP and CTHB, with his research on wood rotting fungi and to describe the morphology of the fruiting structures produced by these fungi for publication. Prof. Rajchenberg also presented a seminar in FABI entitled “Pinotage... Malbec... Eucalypts and wood-rots" during which he discussed results from their research on canker- and stem-rot disease of Eucalyptus globulus and grape vine disease.  We thank the National Research Foundation (NRF) for financial support through the Knowledge Interchange and Collaboration (KIC) programme.