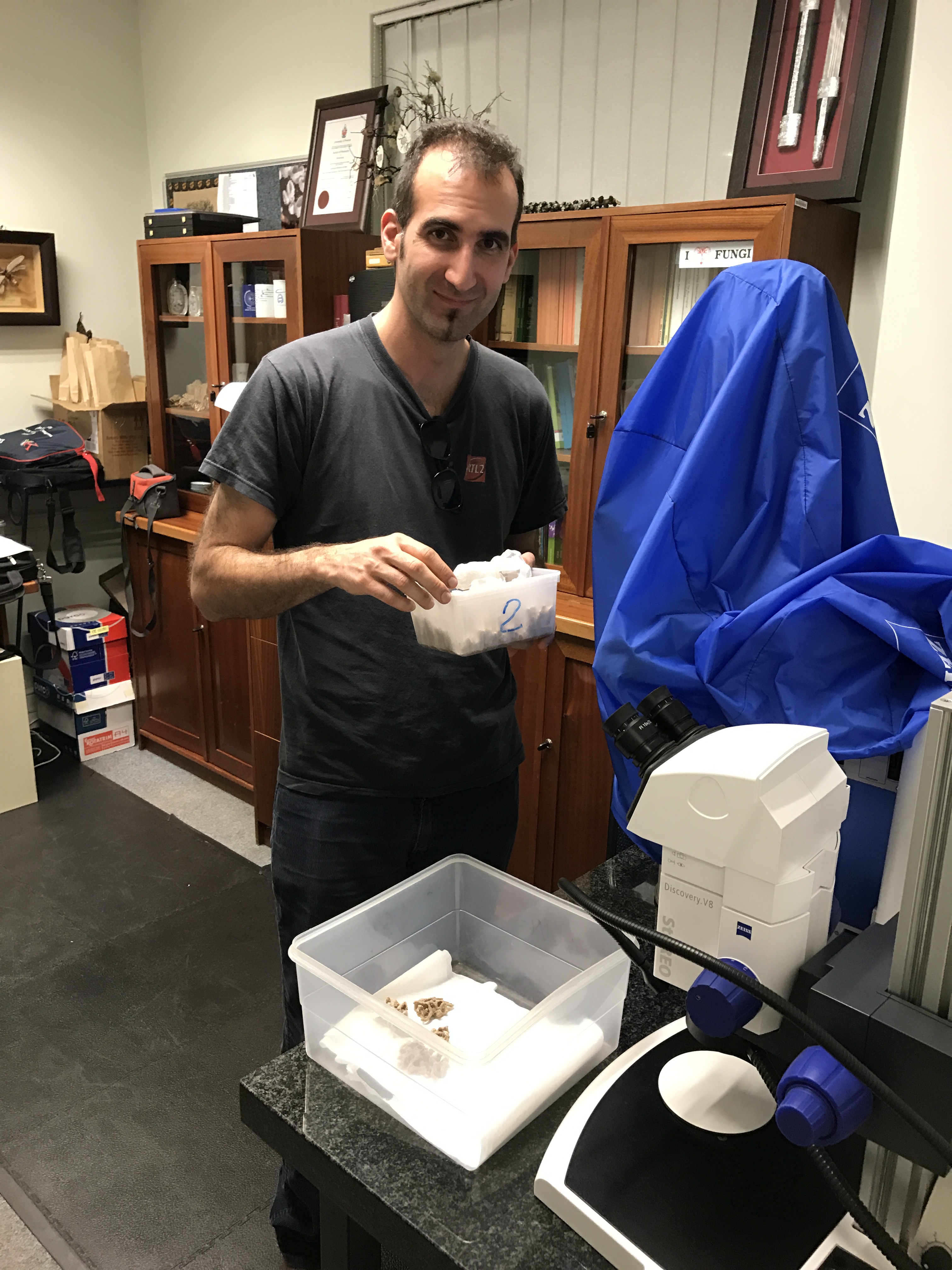 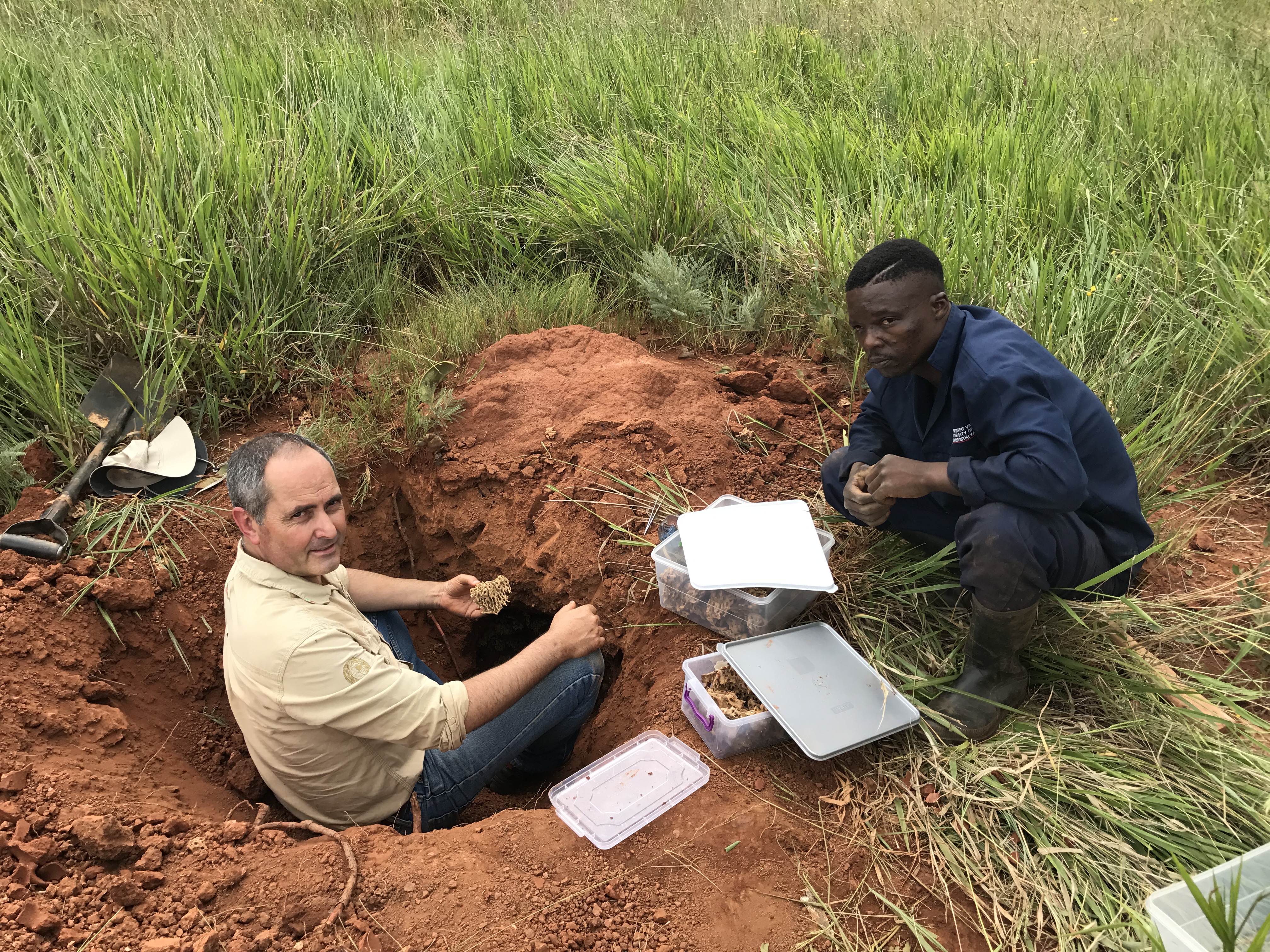 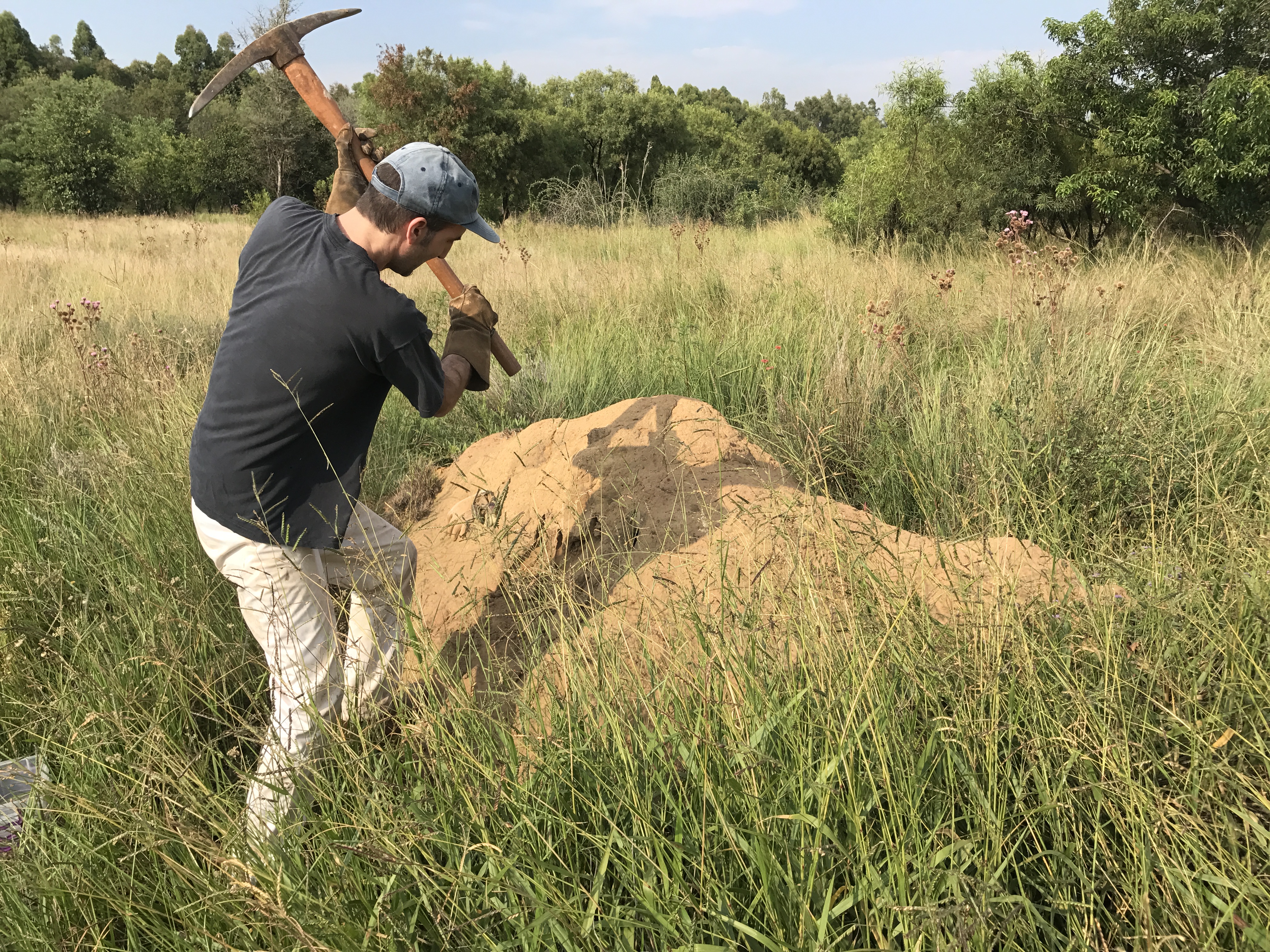 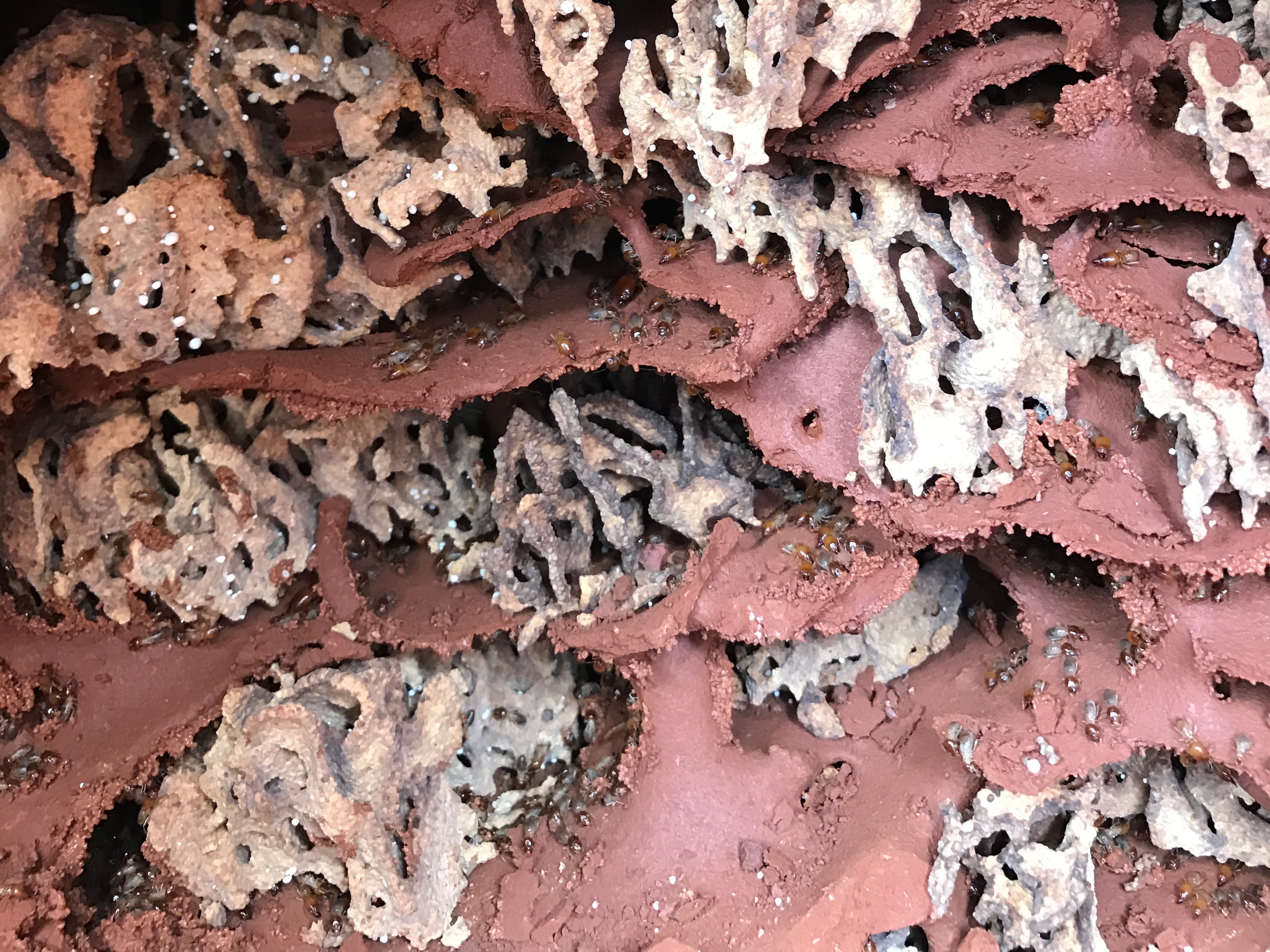 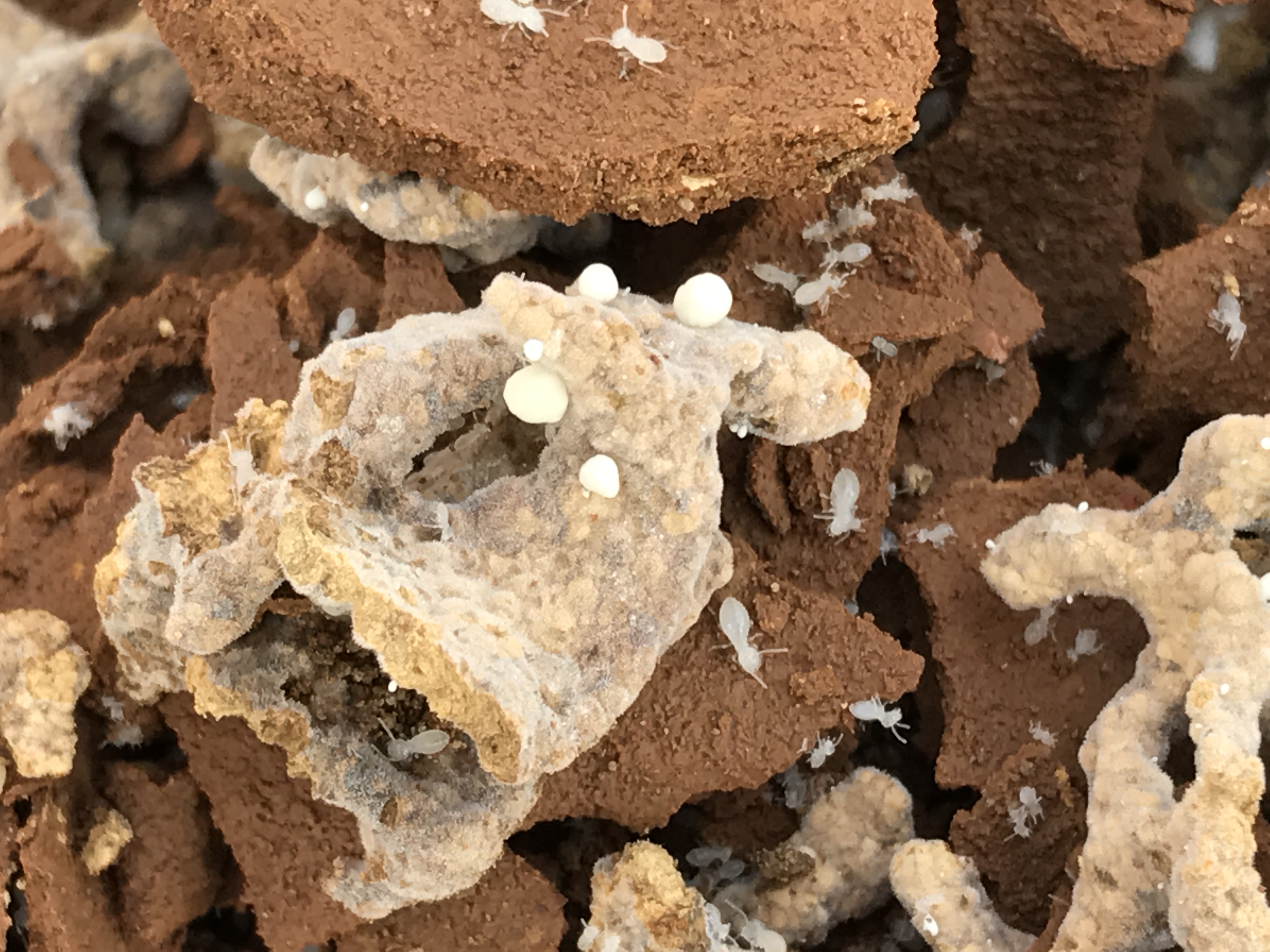 During the past week, Prof. David Sillam-Dussès from France visited FABI to do some field work as part of a collaborative research project. The project was initiated last year between the University of Pretoria, the Laboratoire d'Ethologie Expérimentale et Comparée (University of Paris) and the Institute of Ecology and Environmental Sciences (IEES) in Paris. Collaborators on the project are Profs Sillam-Dussès, Wilhelm de Beer, and Mireille Vasseur-Cognet.

The focus of this particular project is to determine the basis of the extended longevity of fungus-growing termite queens and kings. It has been suggested that these insects are among the longest living insects on earth, with estimated life spans of up to 50 years, with some sources claiming that the queens can even become 80 years old. During the past week more termites and their culitivated fungus were collected for the project. The project forms part of a greater collaboration between the University of Pretoria, and several reserach groups in the Netherlands, Denmark, Germany, the USA and France.