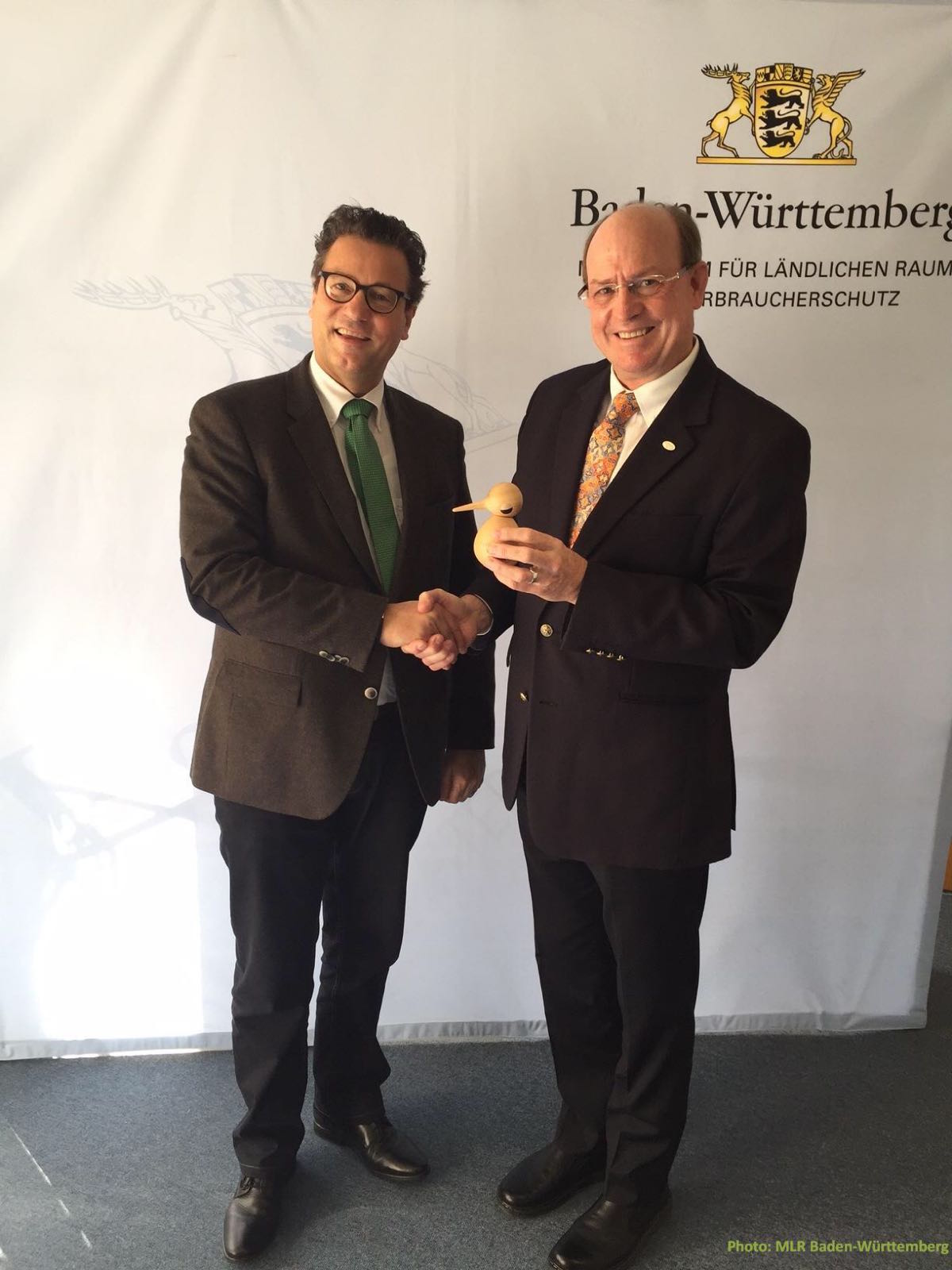 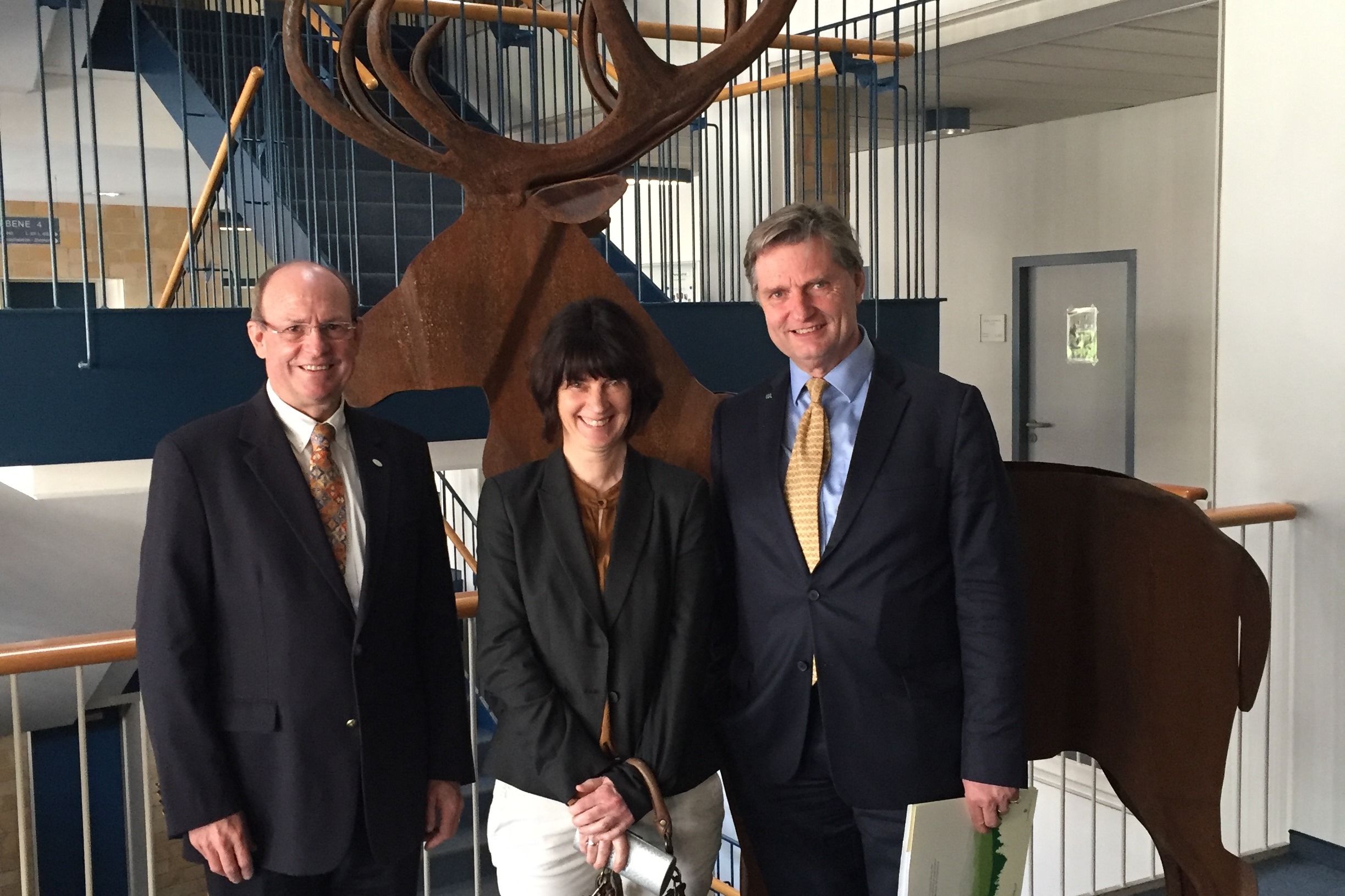 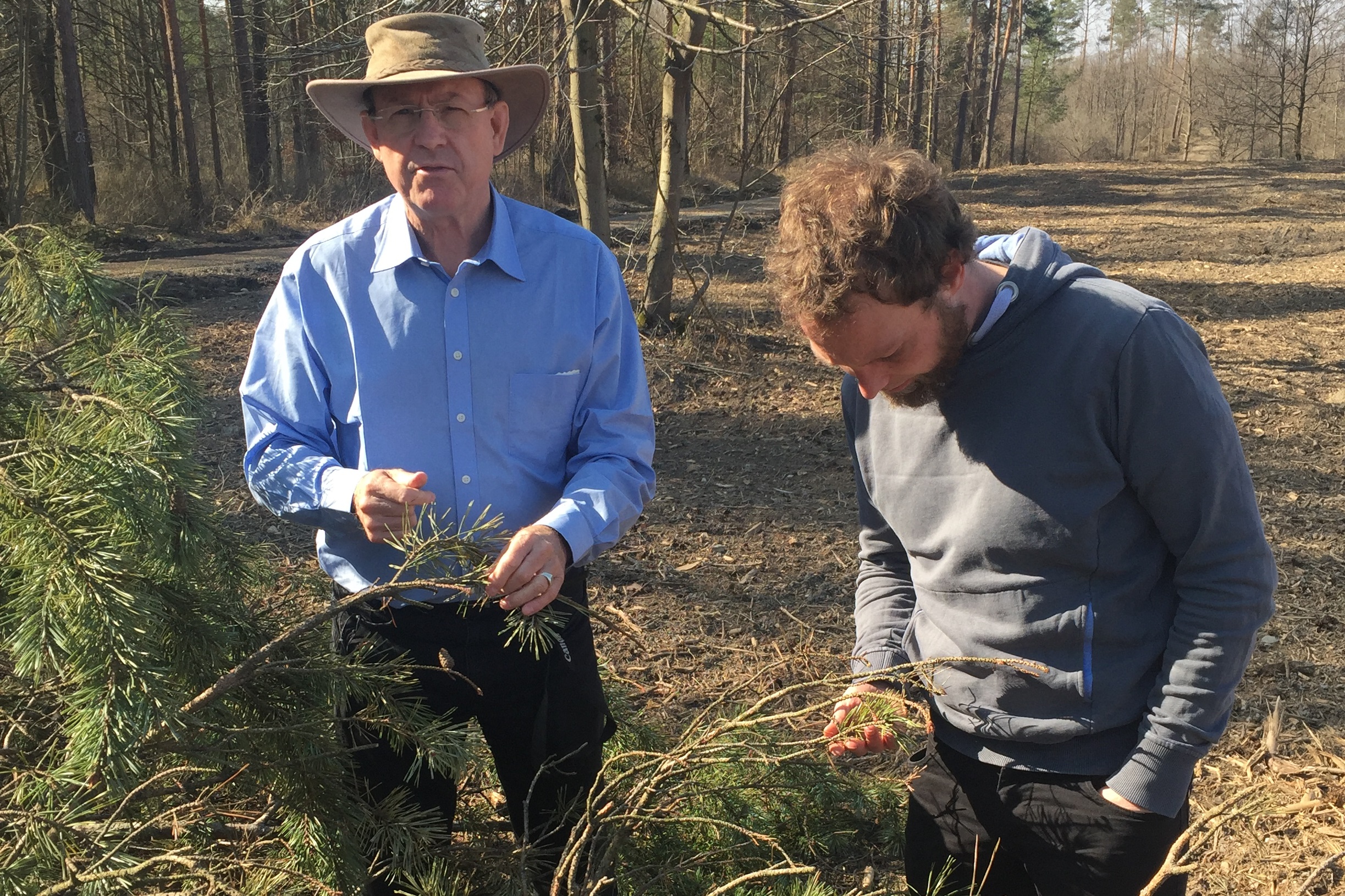 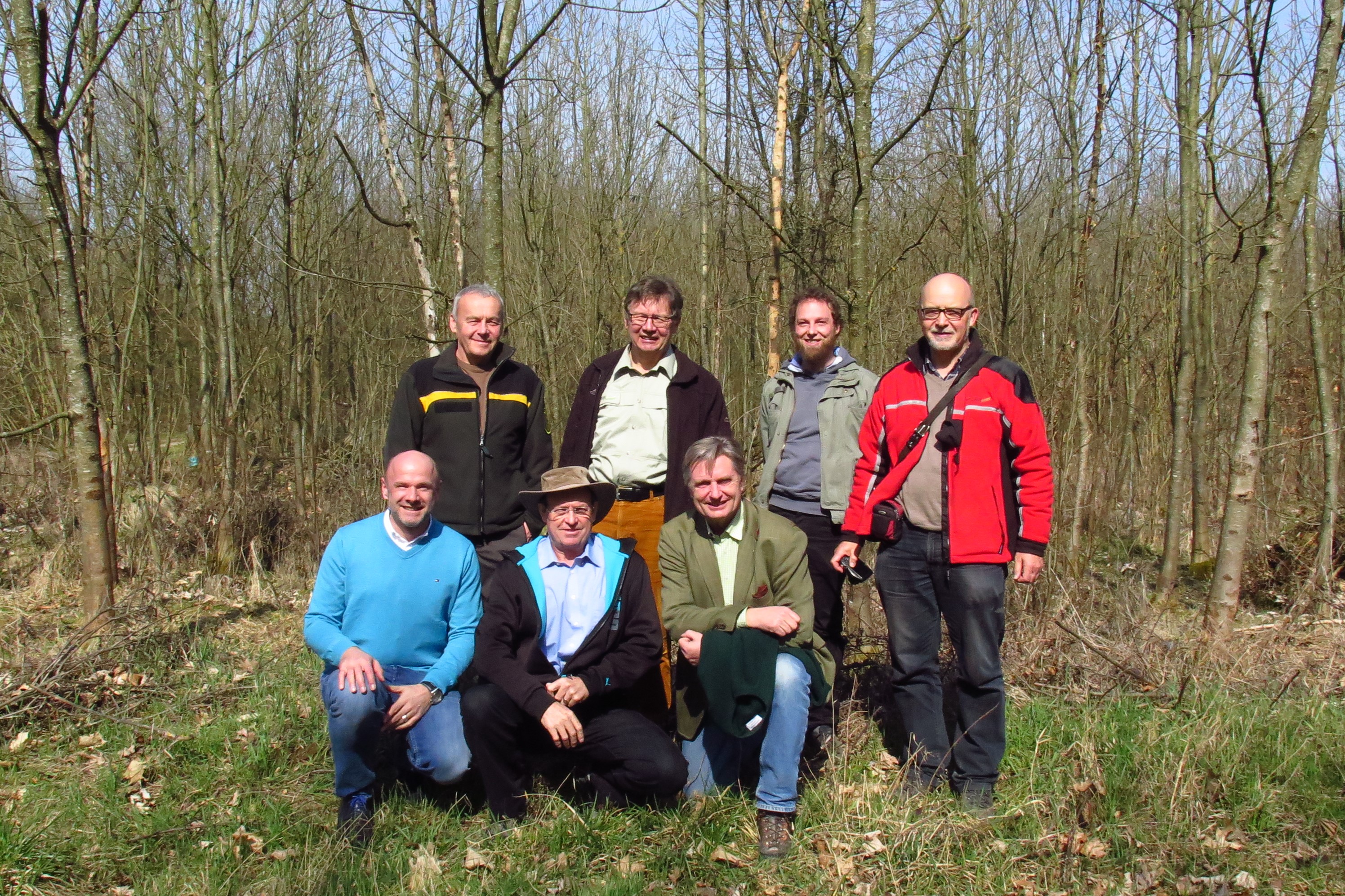 During the week of 13th March, FABI Director Prof. Mike Wingfield visited Freiburg in Germany, primarily to meet with colleagues responsible for organising the IUFRO 125th Anniversary Congress to be held in Freiburg from 18-22 September 2017.  This visit was linked to Mike’s position as IUFRO President and included a meeting with Baden-Württemberg Forestry Minister, Peter Hauk and specifically to brief the Minister on arrangements regarding the Congress.  Mike also had the opportunity to meet with forestry colleagues and to see some tree disease problems including the devastation being caused by the ash die-back disease caused by the recently introduced fungus Hymenoscyphus fraxineus.  This visit to Freiburg also provided the opportunity to meet with various groups involved in organising the IUFRO 125th Anniversary congress as well as to inspect various facilities that will be used to host this important meeting.