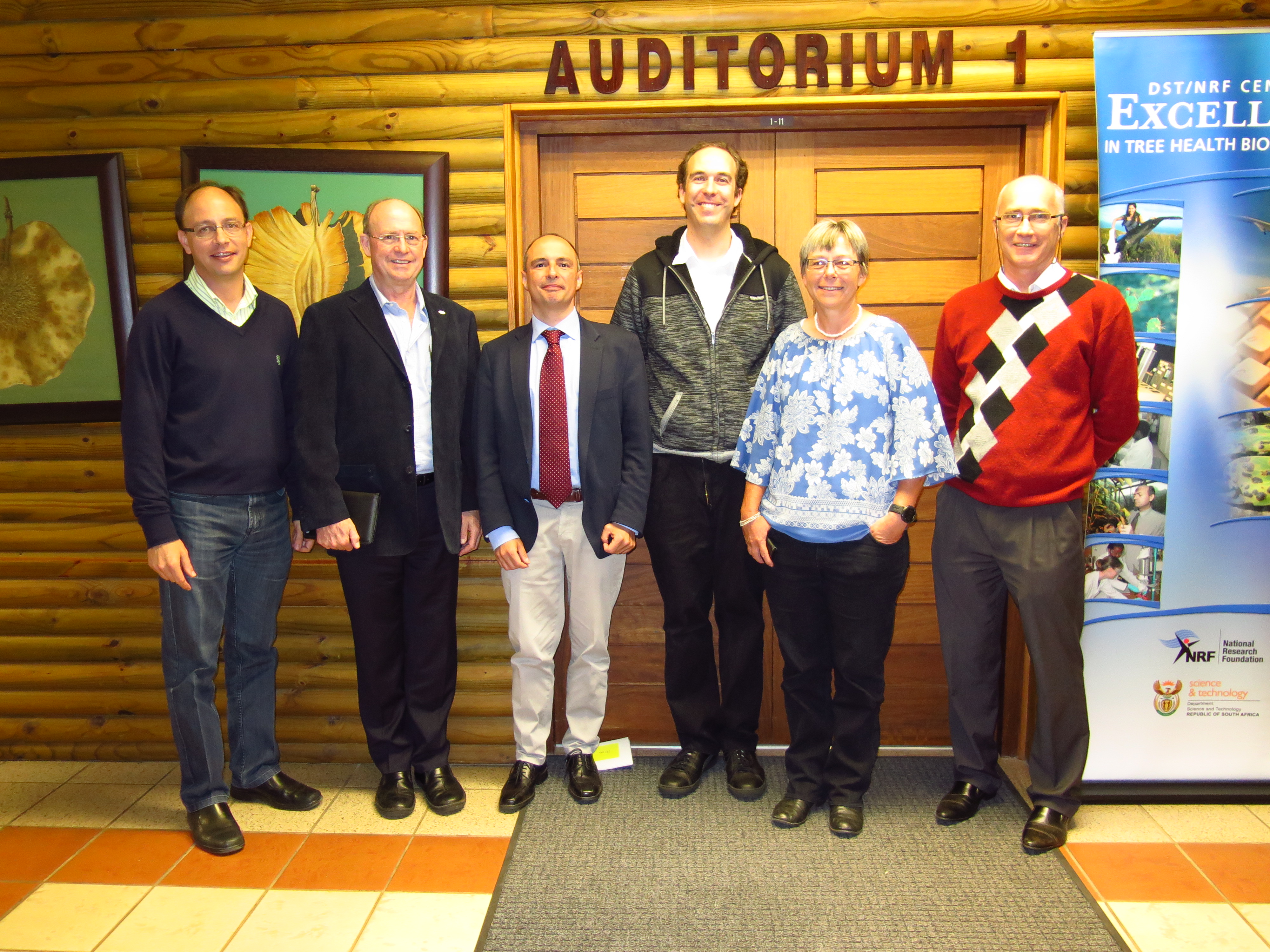 James Mehl is the fourth doctoral candidate in FABI to complete a PhD degree in 2017. He presented his prestige seminar titled: “Factors influencing the distribution of selected species of the Botryosphaeriaceae” and subsequently passed his oral examination on 12 May. His research project was supervised by Professors Mike Wingfield, Bernard Slippers and Jolanda Roux.

His external examiners were Prof. Paolo Gonthier from the University of Torino in Italy, Dr Ewald Groenewald from the Westerdijk Fungal Biodiversity Institute (formerly known as CBS-KNAW) in The Netherlands and Dr Irene Barnes of the University of Pretoria. Several species in the Botryosphaeriaceae are globally distributed and are commonly associated with forest and agricultural trees.

James investigated the movement of Botryosphaeriaceae among native and non-native tree species, focusing on Sclerocarya birrea and Mangifera indica, respectively in South Africa. He found in his study a high genetic diversity of fungal species in both tree species, though it was slightly higher in M. indica. He listed human-assisted dispersal, for example, through the movement of fruit and vegetables in wooden crates and pallets and the varying fungal species’ ability to grow in different temperatures as factors that have contributed to its spread globally.

Prof. Wingfield recalled how James first came to FABI while still in high school as a learner in UP’s erstwhile science enrichment programme, UP with Science. He thanked him for the roles he has played in the Social Club and PSANA, among others, over the years.