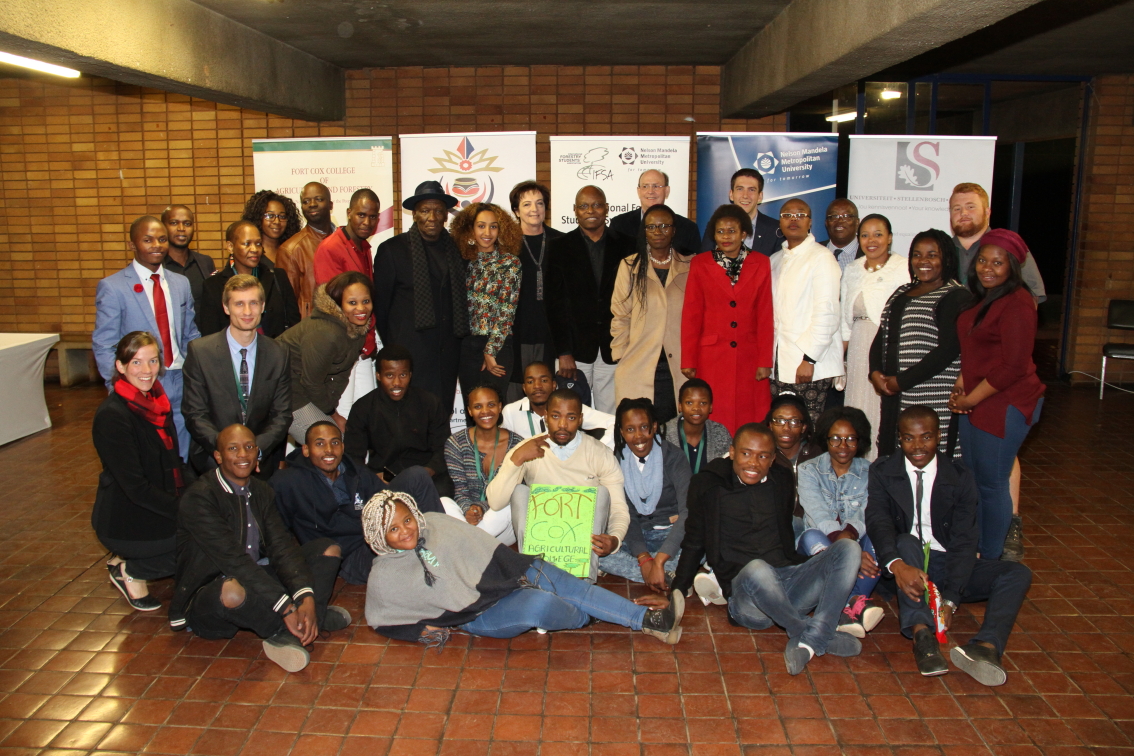 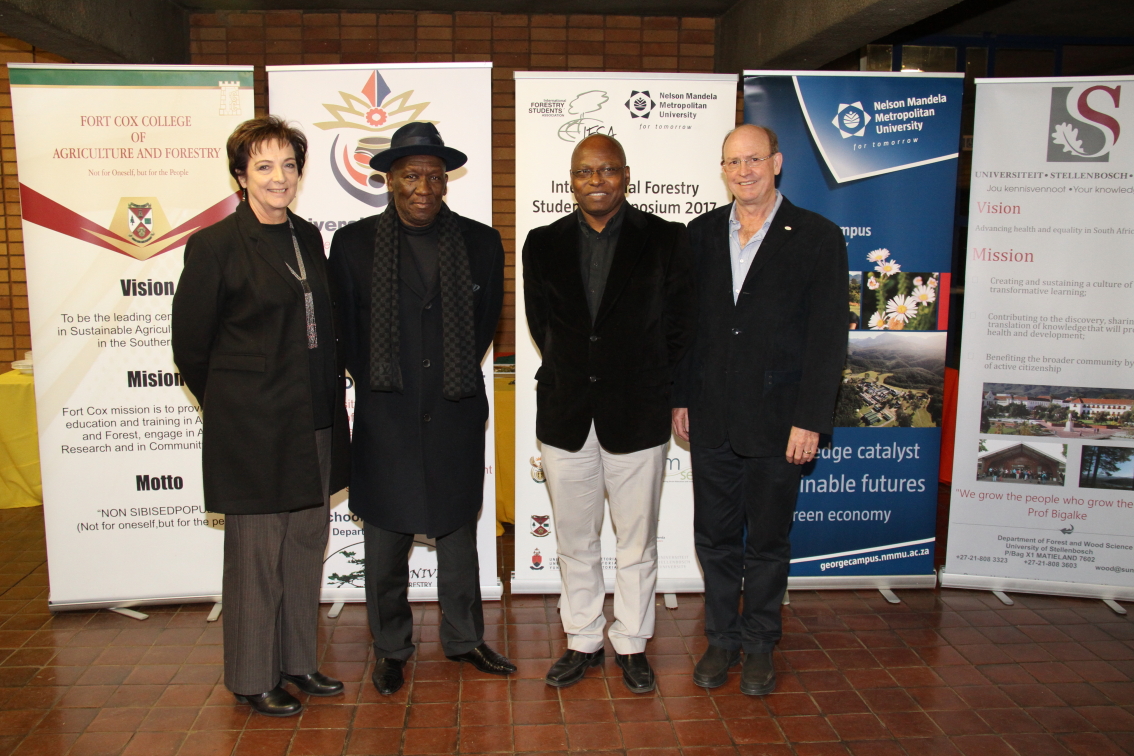 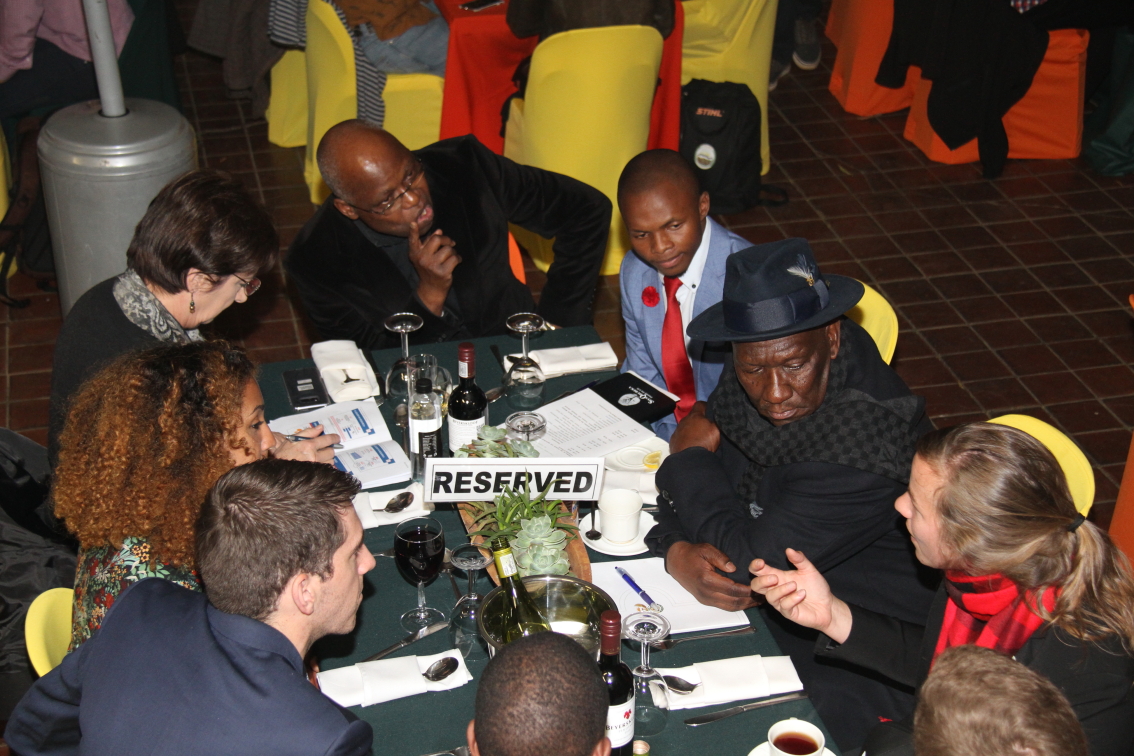 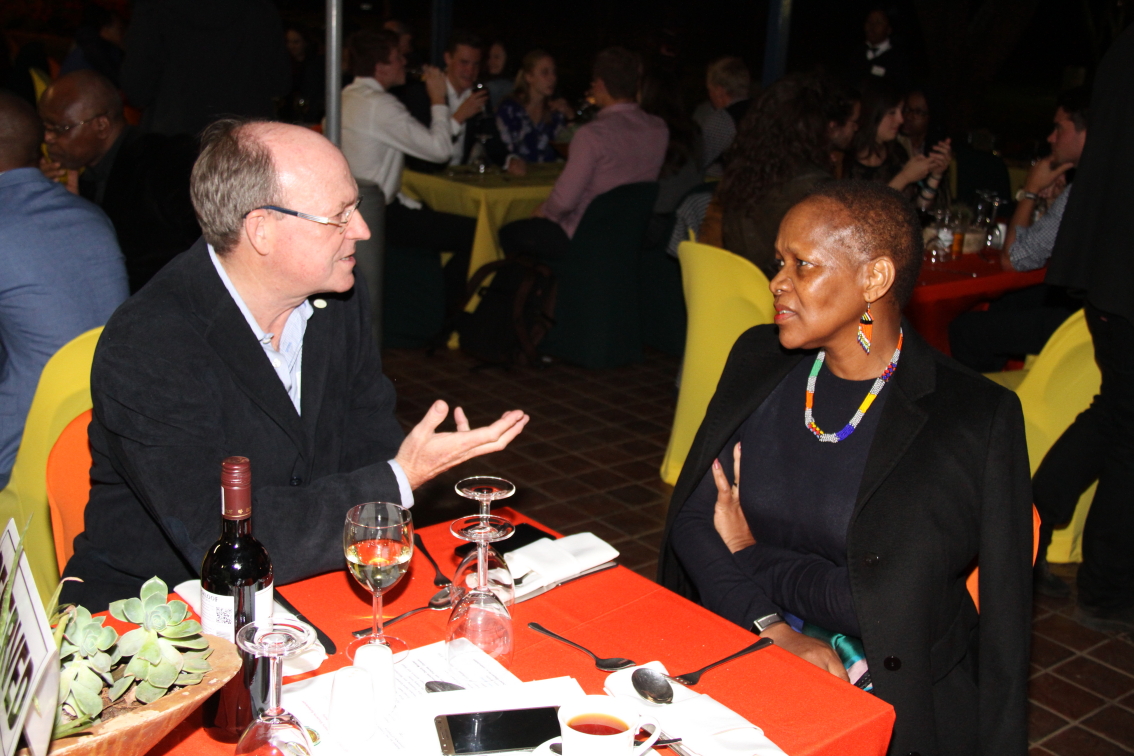 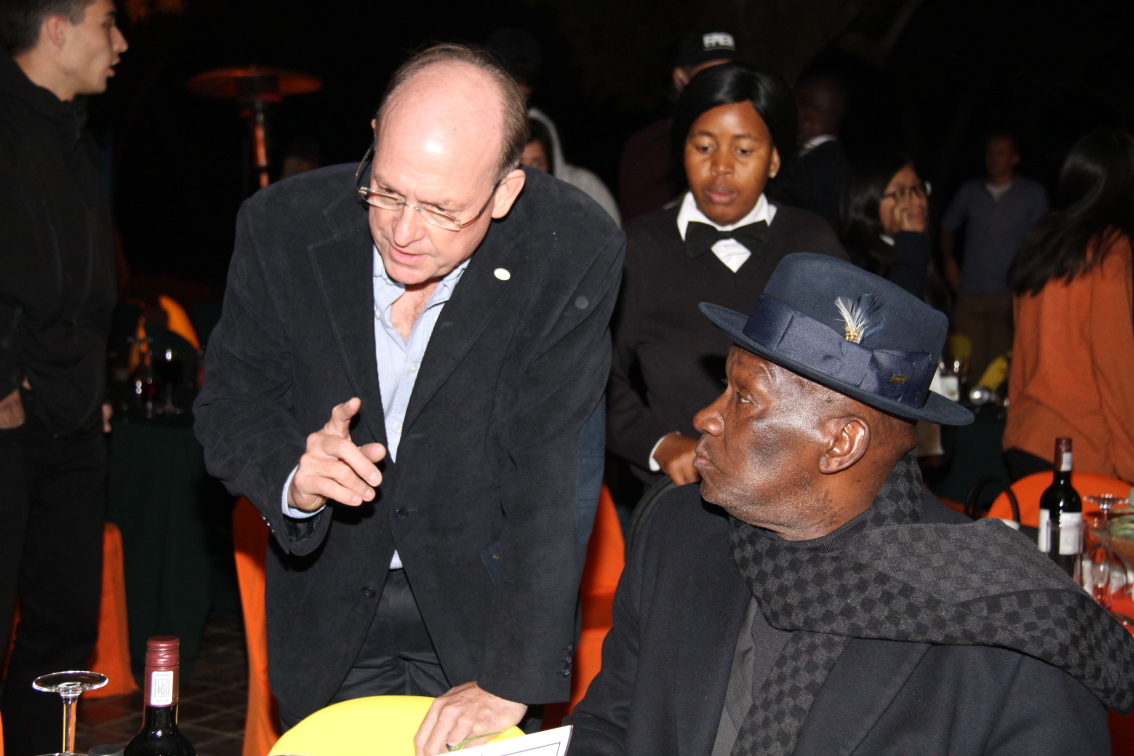 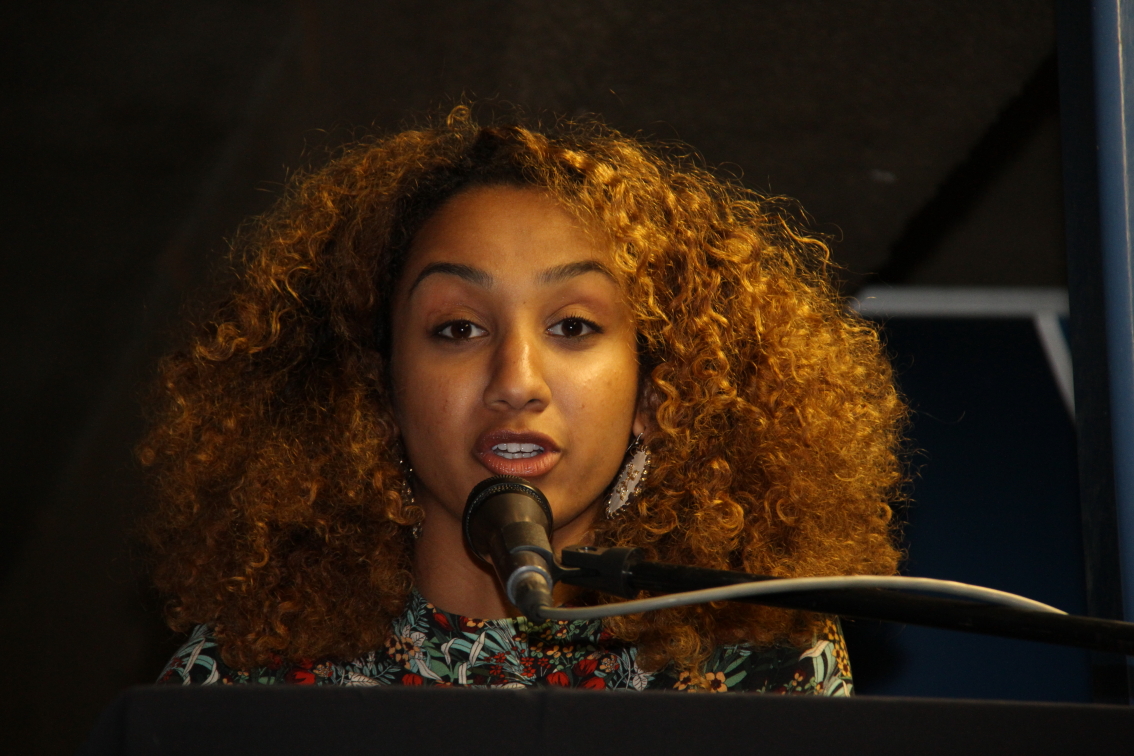 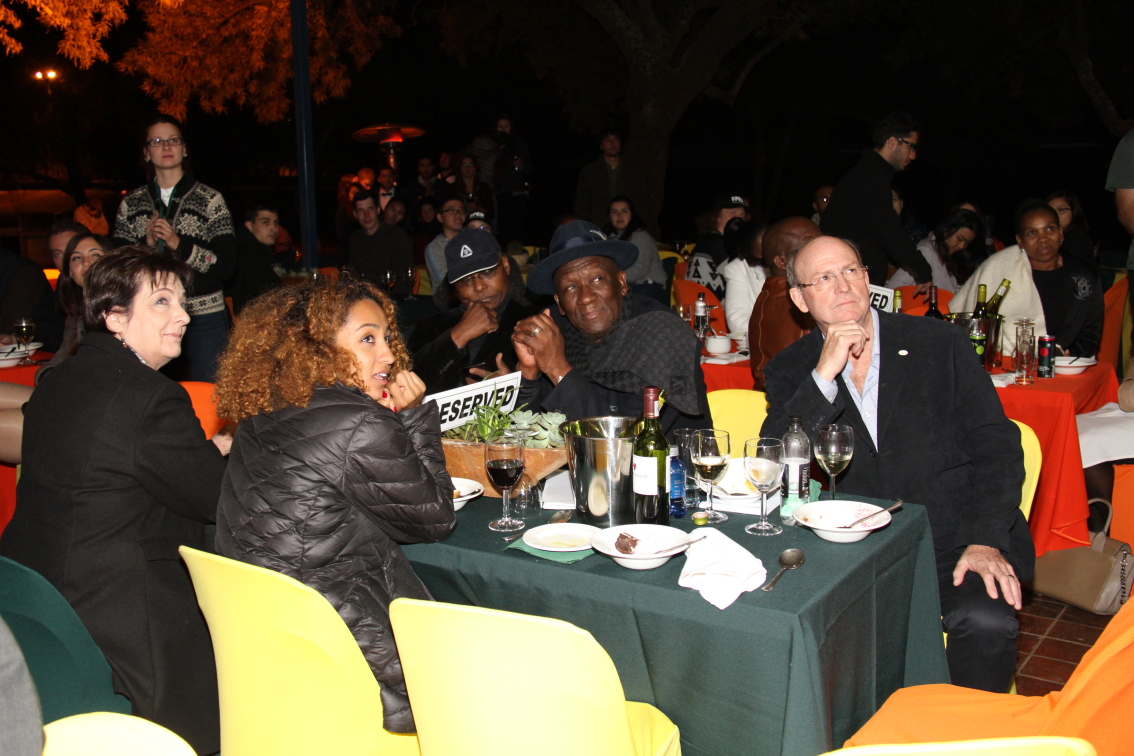 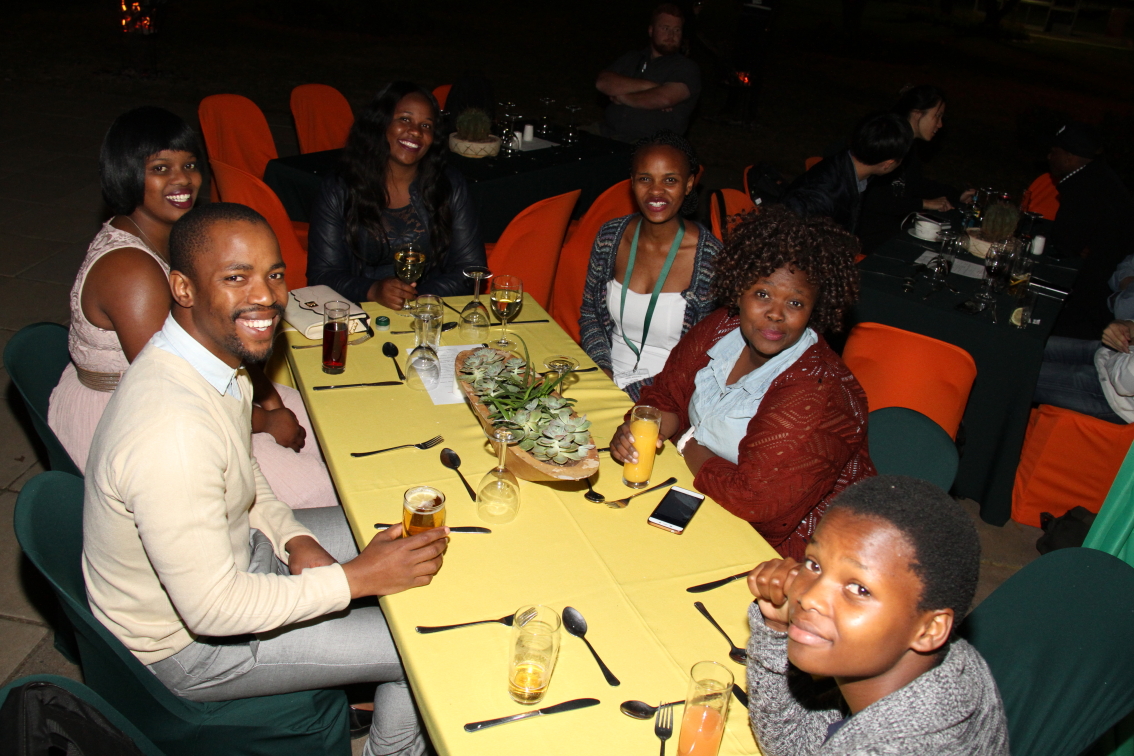 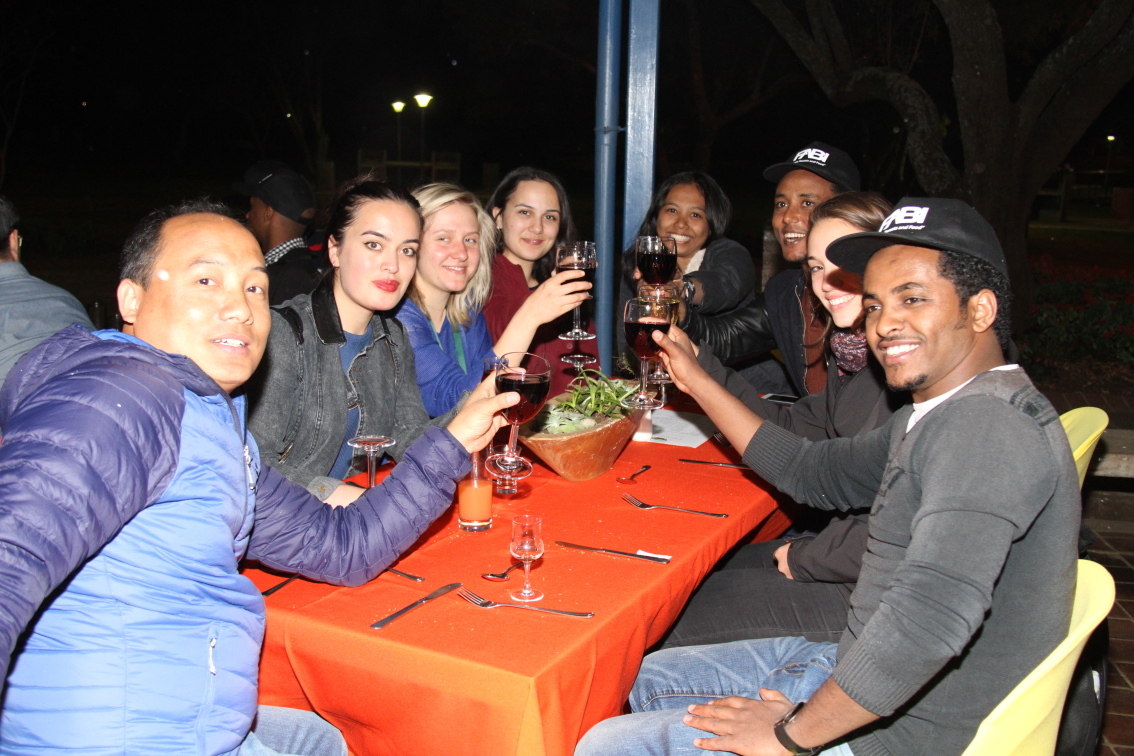 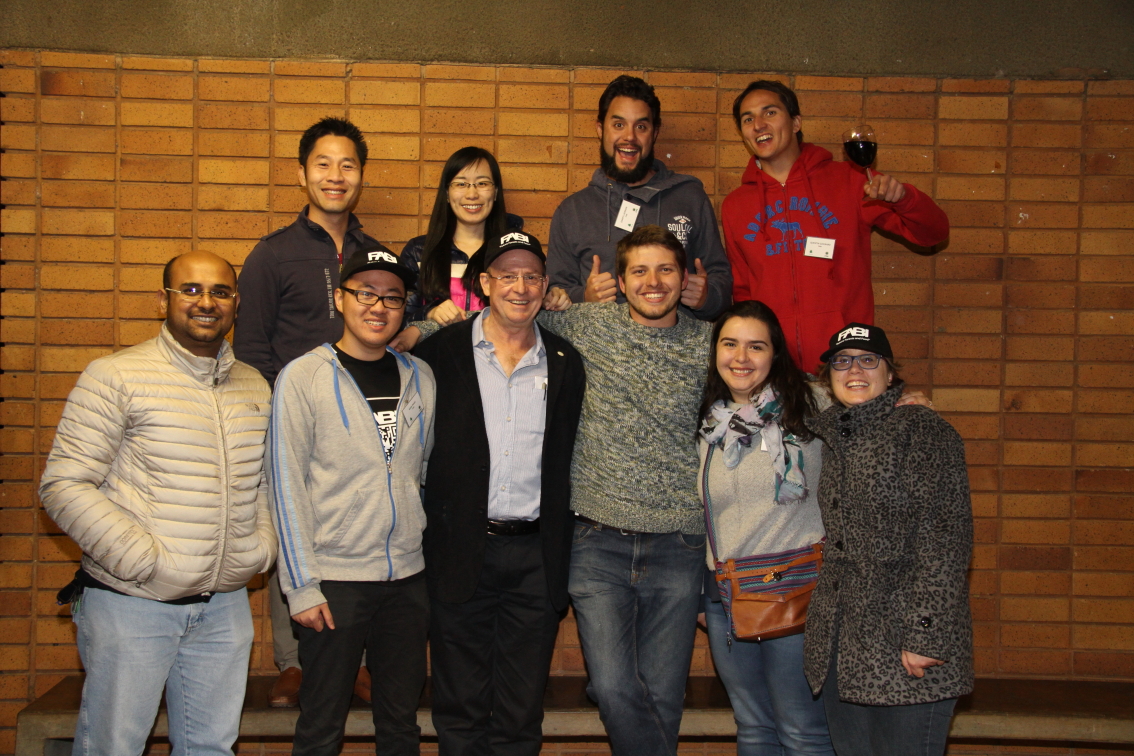 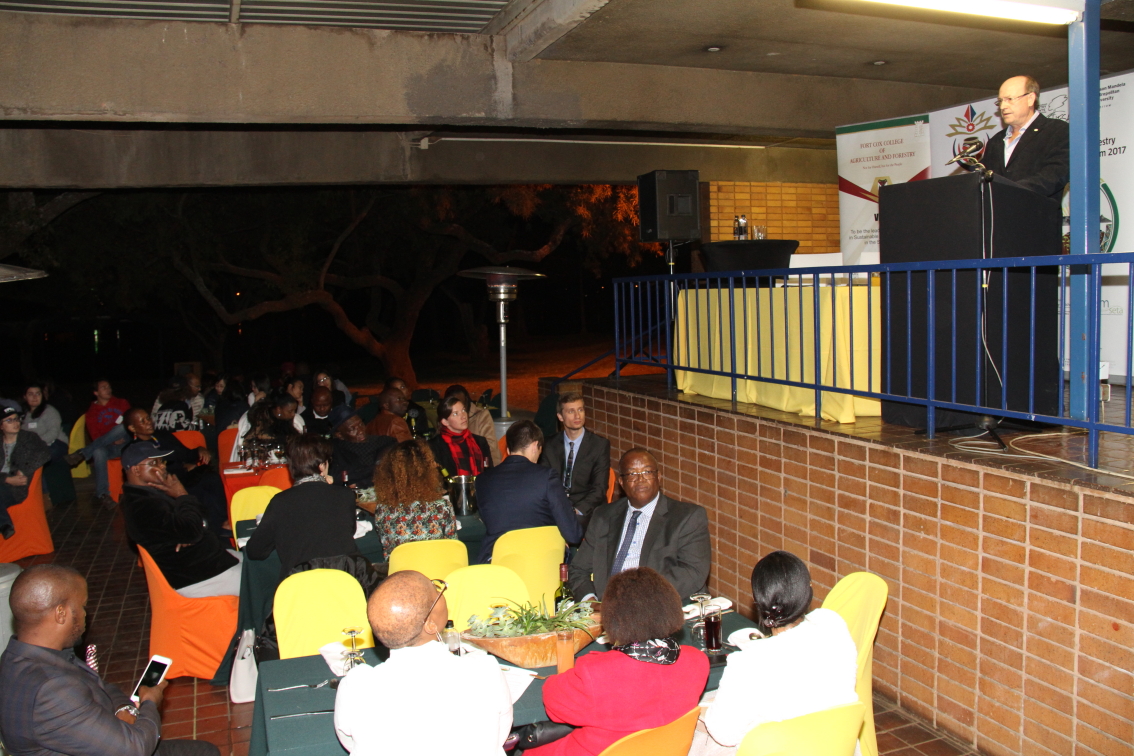 The 45th International Forestry Students Symposium (IFSS) held its closing ceremony at the University of Pretoria (UP) on 16 July. The two-week long event had as its theme “Forestry in a diverse environment: “Siyaphi”, Where to from here?” The IFSS  2017 was hosted by the South African members of the International Forestry Students Association (IFSA) who arranged for the the group to travel more than 3,000km through South Africa. During this tour, the IFSS delegates visited numerous academic institutions involved in forestry as well as most South African commercial forestry companies.

FABI Director, Prof. Mike Wingfield, in his capacity as IUFRO President, hosted the group of approximately 121 students from 30 countries. The group spent the afternoon visiting various of FABI’s research facilities, particularly those relating to the world-class research being conducted on matters pertaining to tree health.  Later in the day, and at the start of their closing ceremony he welcomed the group on behalf of IUFRO and outlined details of the support that IUFRO provides to IFSA.

The IFSS closing ceremony was attended by the Deputy Minister of Agriculture, Forestry and Fisheries, General Bheki Cele, University of Pretoria Vice-Principal Prof. Stephanie Burton, Dean of the Faculty of Natural and Agricultural Sciences, Prof. Jean Lubuma, as well as numerous senior representatives from the Department of Agriculture, Forestry and Fisheries (DAFF), the Fibre Processing and Manufacturing (FP&M) SETA and the forestry industry.

Incoming IFSA President Salina Abraham spoke passionately of the role of the youth and particularly IFSA members in the future of forestry in her welcome speech. She also mentioned how much she is looking forward to her one-year term of office including working with IUFRO.

Addressing the delegates and invited guests, Gen. Cele noted that forestry plays an important role in South Africa’s economy and importantly, that there is a future for young people in forestry.  But he also cautioned that students need to be equipped with appropriate skills to serve this sector. He further emphasised that knowledge must be applied, shared and utilised to the benefit of all. To this end, DAFF is committed to foster a close relationship between Government, academia and industry and to link skills development with research.

Gen. Cele further noted that in Africa, people and forestry are inextricably linked through poverty. Poverty makes people reliant upon the forests for their food, energy and housing material. The relationship between humans and forests must therefore address poverty or forests won’t survive. To this end, DAFF, through Arbor Week, plans to donate two fruit trees to every family to plant and feed themselves. This while also realising an ambitious target set to plant one million trees per annum.