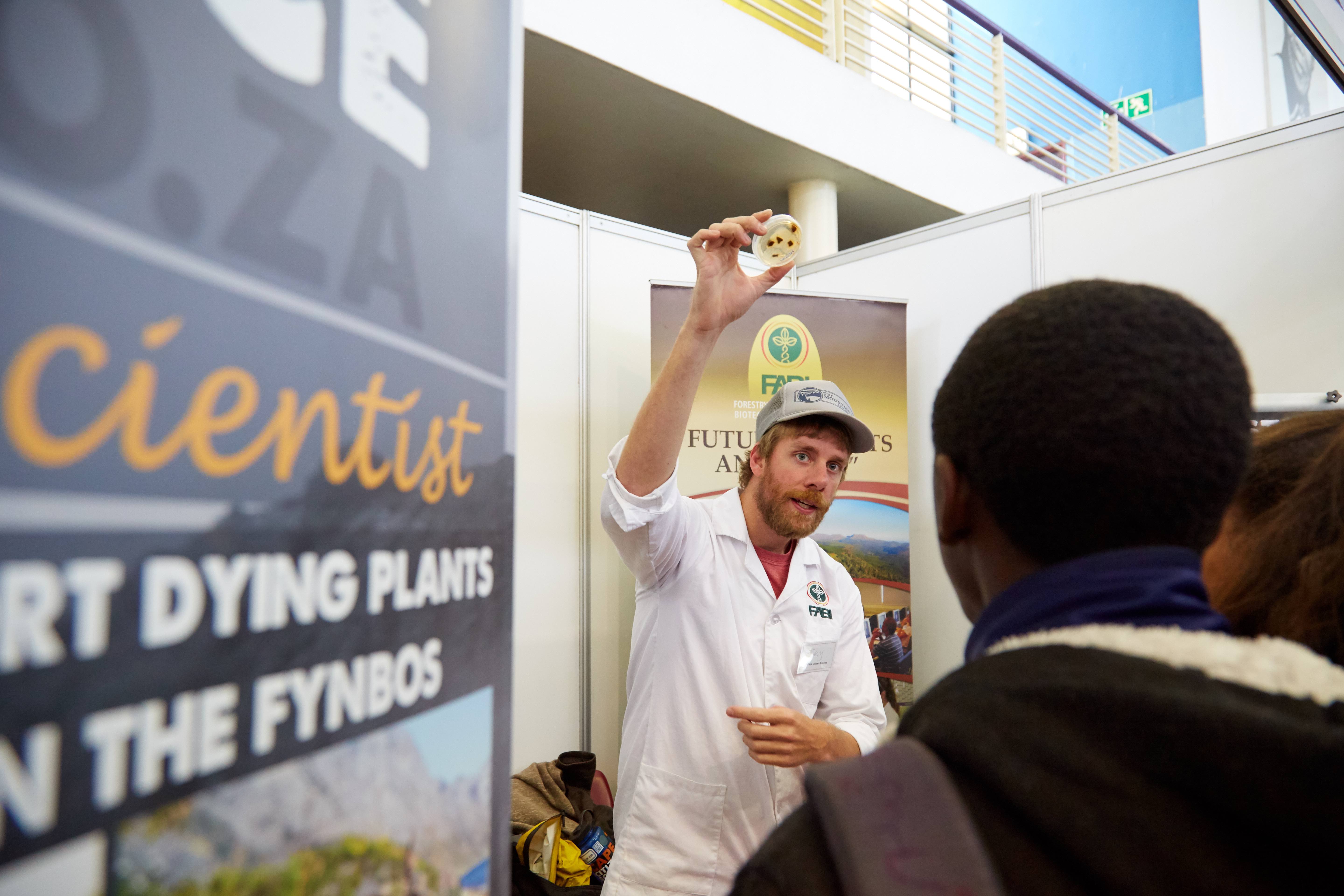 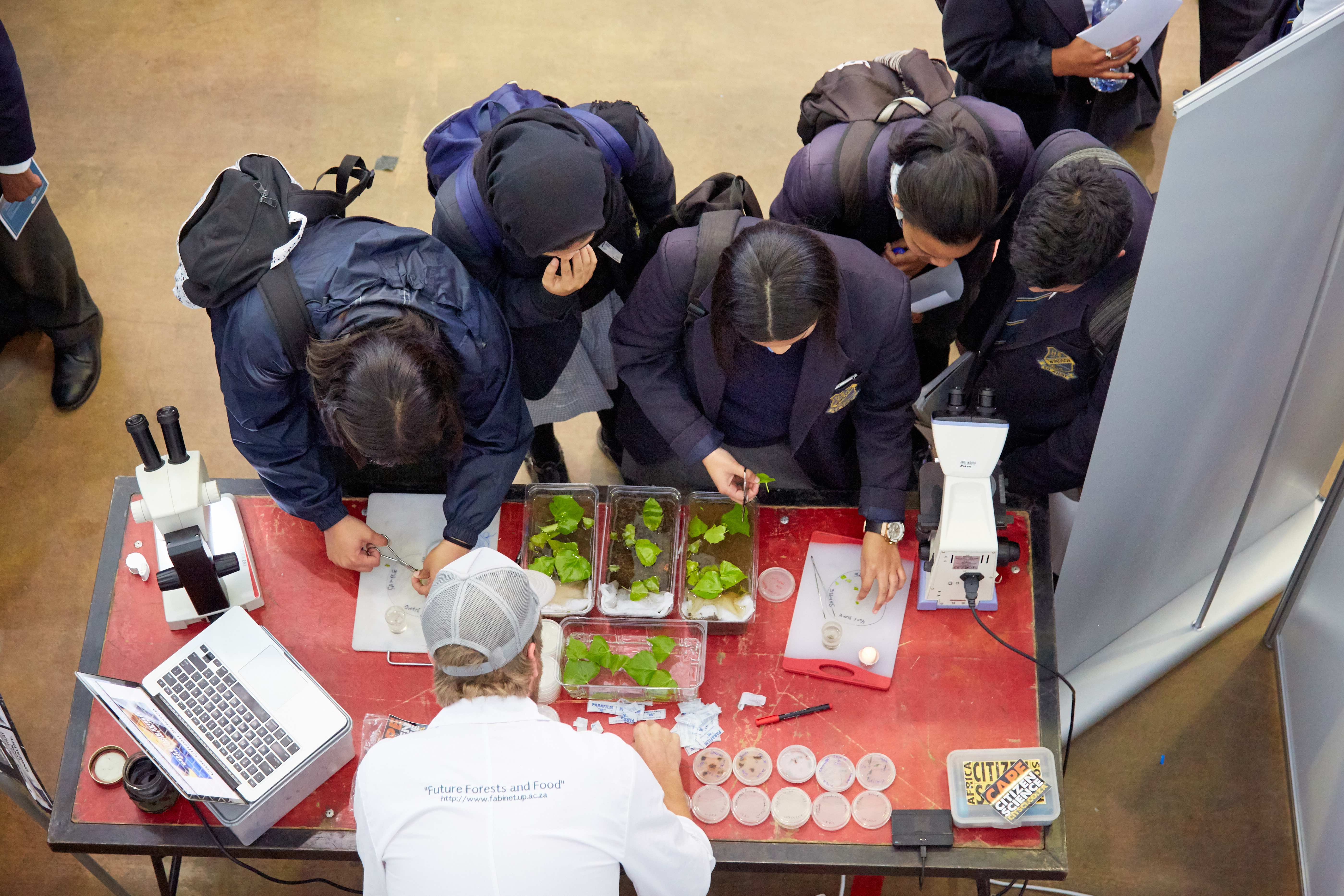 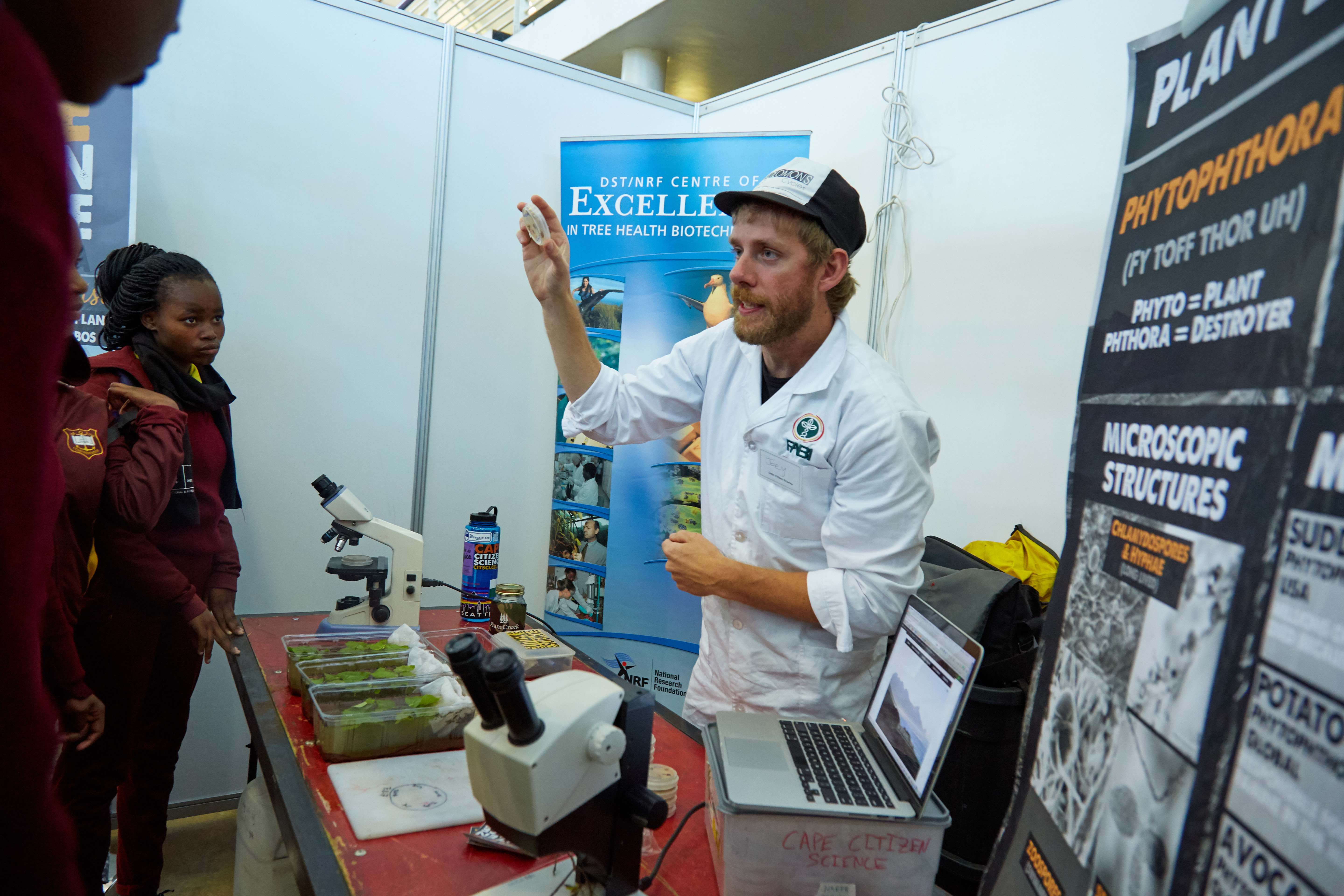 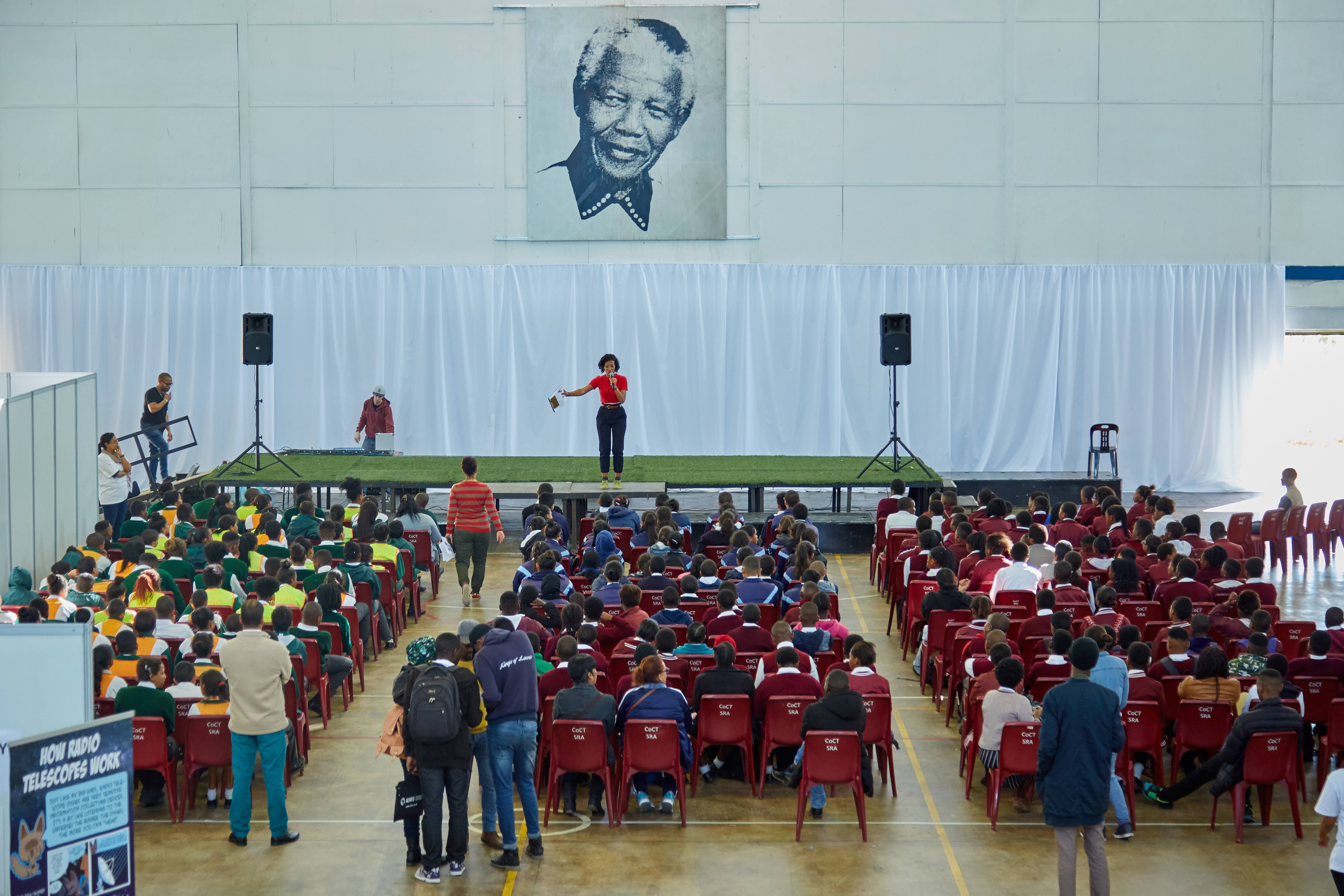 Hundreds of leaners from local schools converged on the O.R. Tambo Community Hall in Khayelitsha in the Western Cape Province during the week of August 7-10 as part of National Science Week (NSW). NSW is an annual event organised by the South African Agency for Science and Technology Advancement and the Department of Science and Technology. The African Institute for Mathematical Sciences hosted the event in Khayelitsha where the learners participated in activities, listened to presentations by inspirational scientists, and learned about the excitement of science. Joey Hulbert, represented FABI sharing about the FABI-hosted Cape Citizen Science Project during the first two days of NSW. While explaining the relevance of microbiology and plant diseases, he engaged learners in an experiment to test the timing of zoospore infection and symptom expression. According to Hulbert, the learners had a surprising amount of interest and sense of connection. Hulbert plans to organise lab visits with some of the learners that were particularly interested.