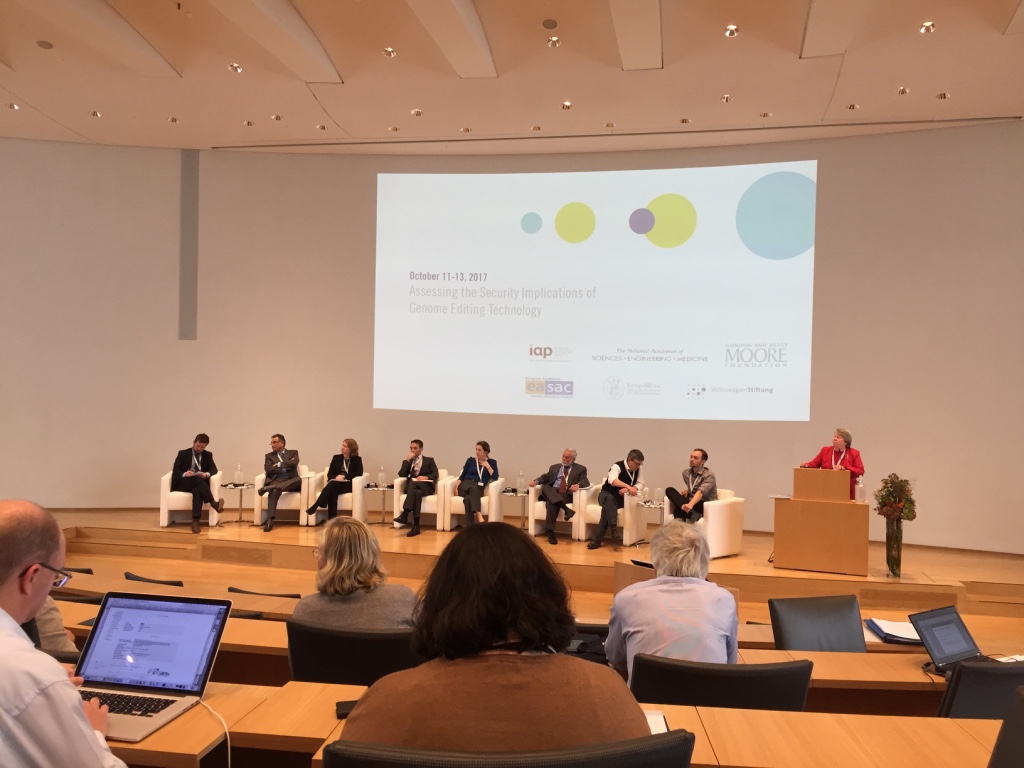 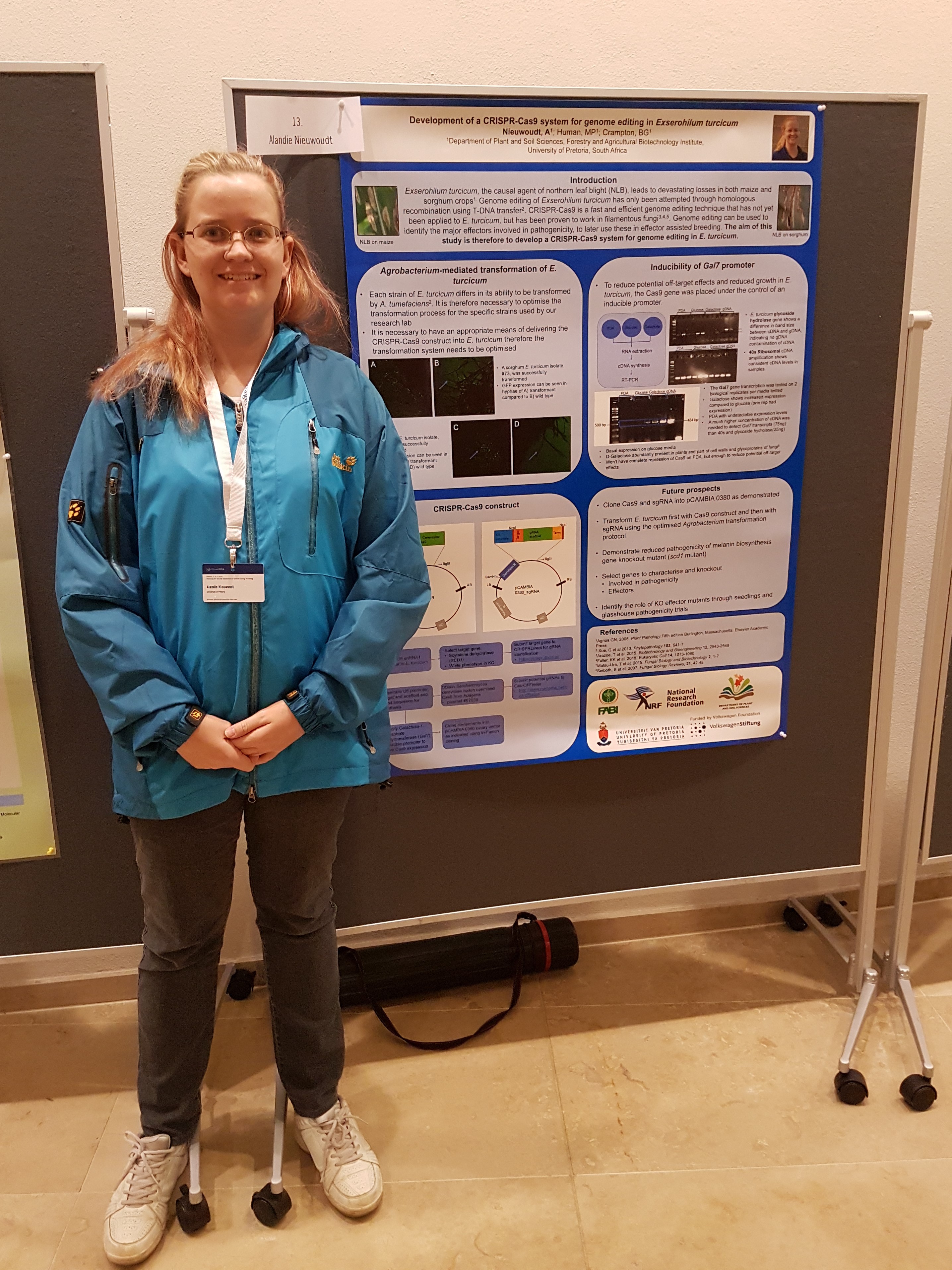 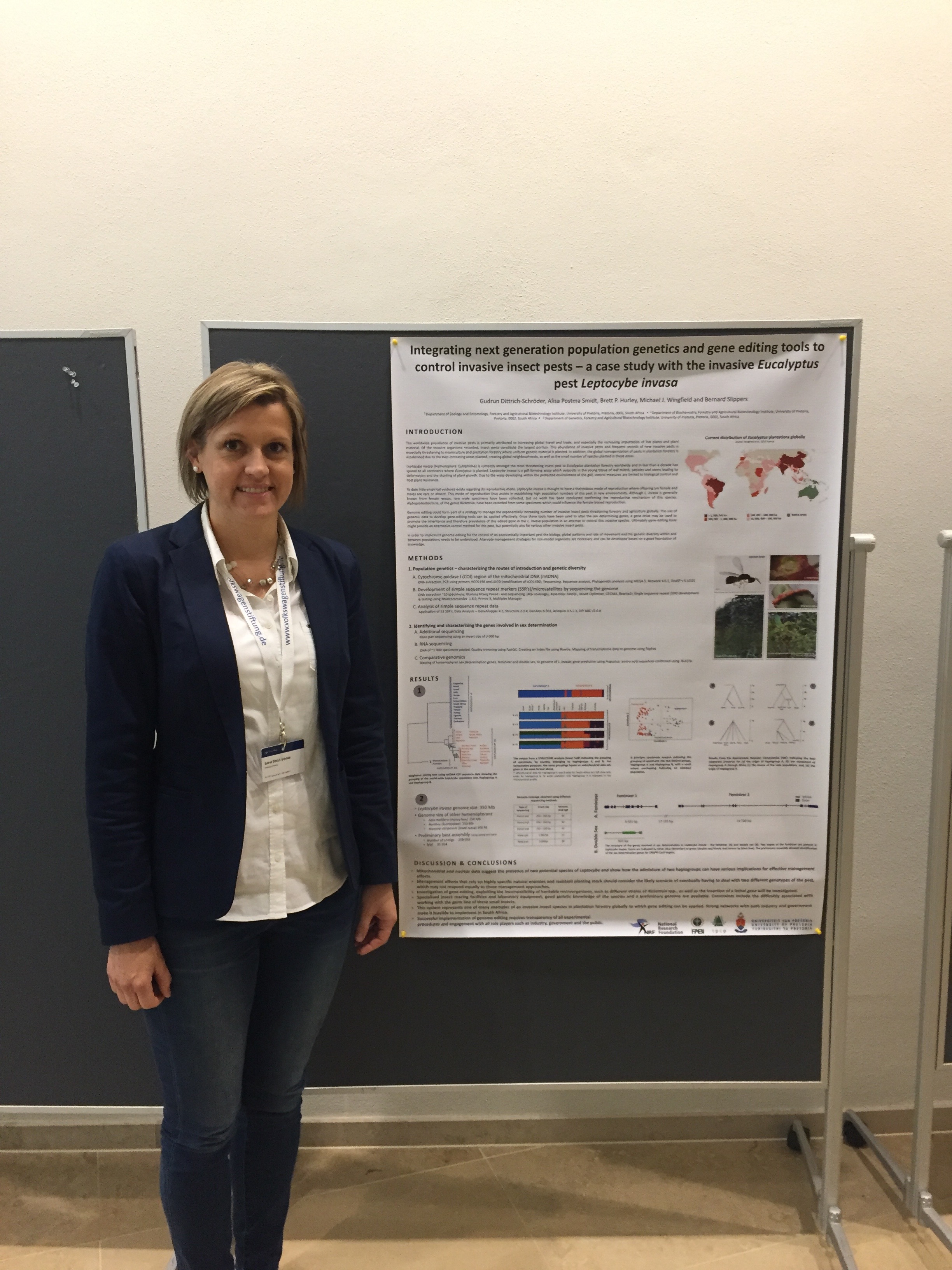 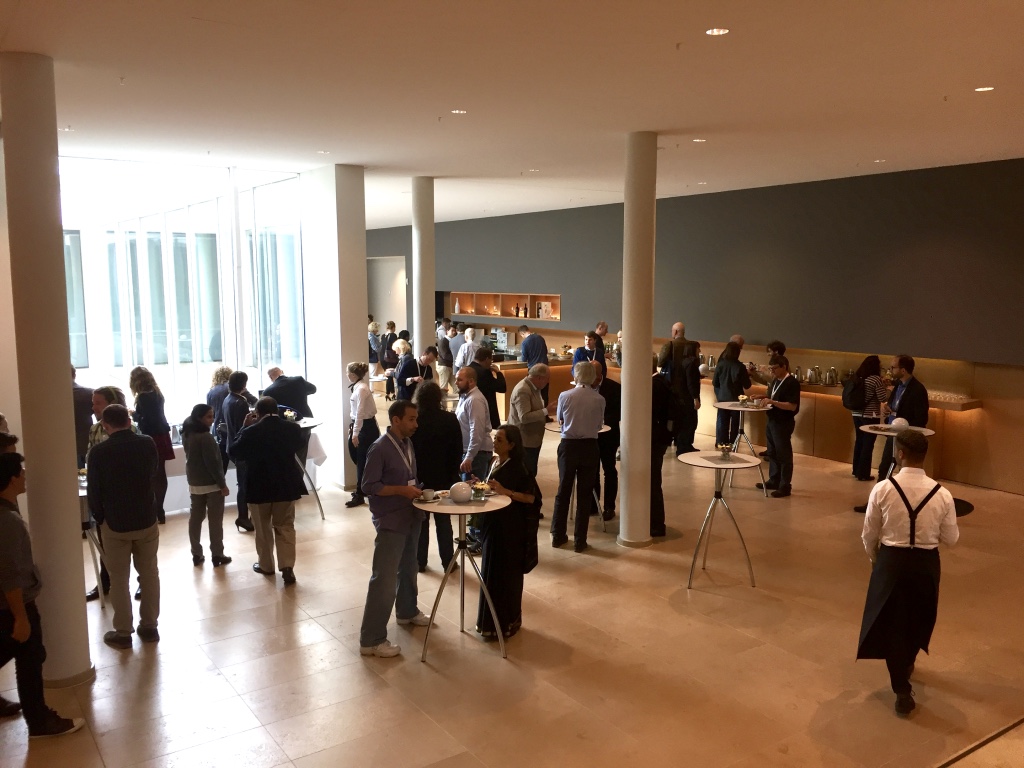 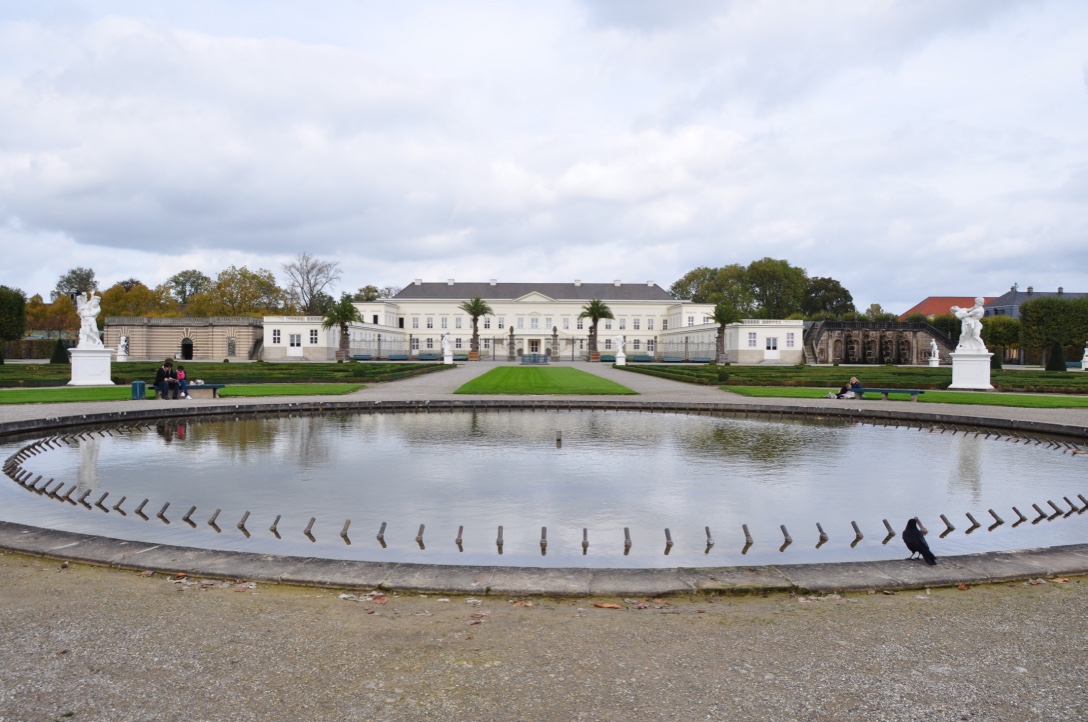 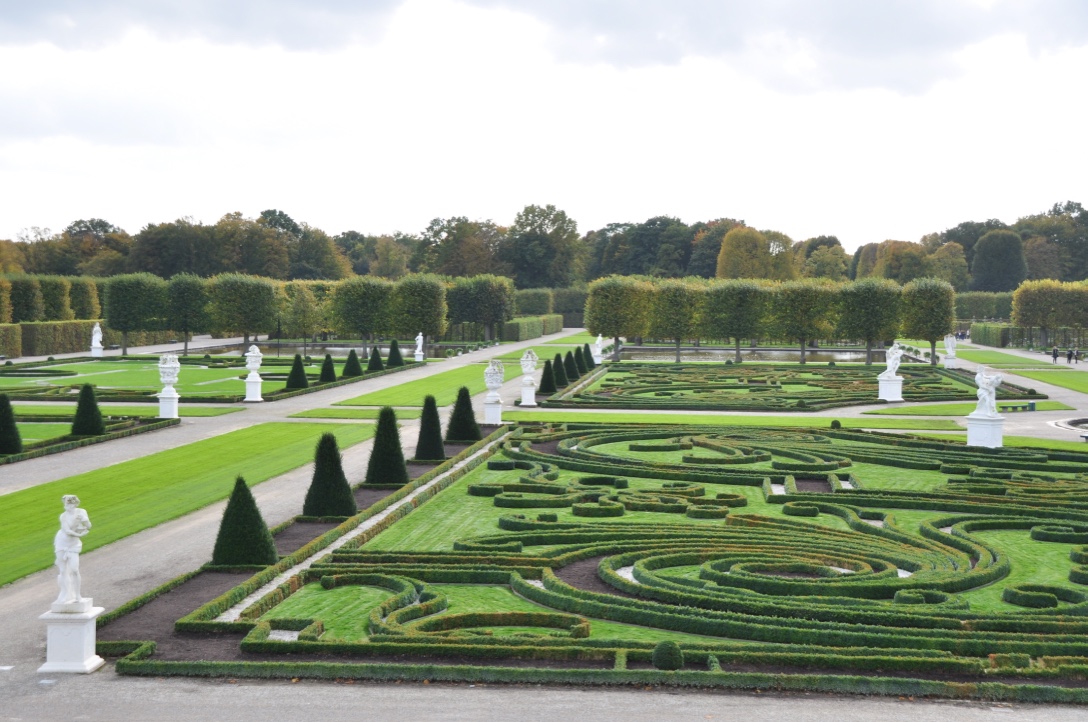 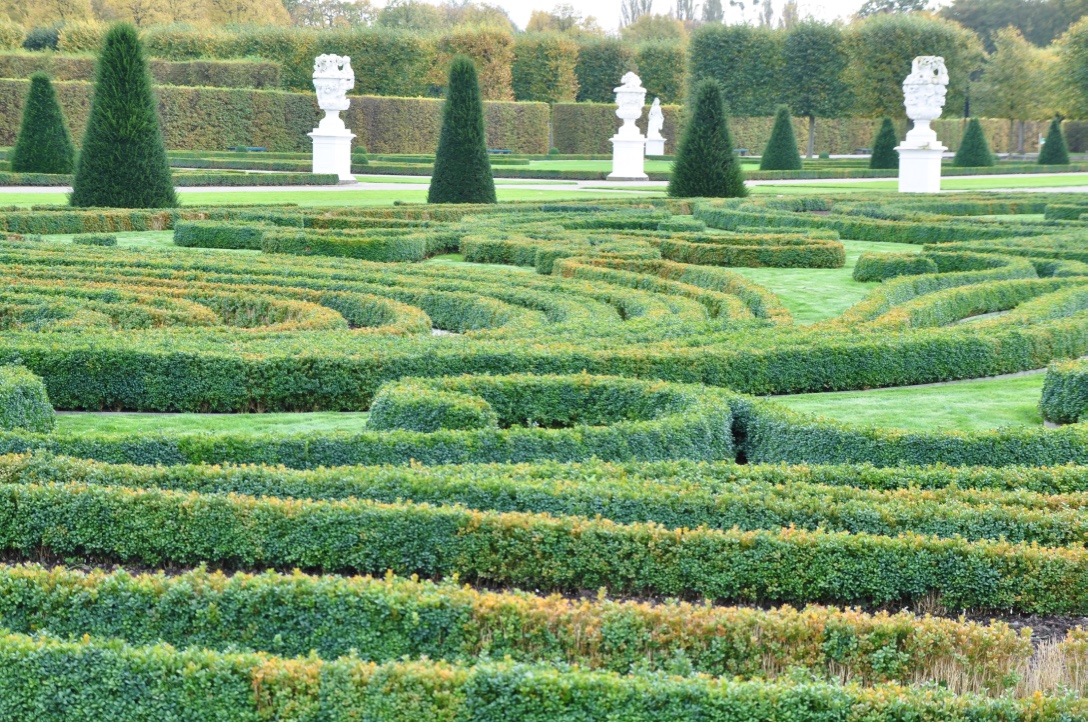 The Volkswagen Foundation, the Gordon and Betty Moore Foundation, and the Intelligence Advanced Research Projects Agency hosted an International Workshop “Assessing the Security Implications of Genome Editing Technology” at the Herrenhausen Palace in Hannover, Germany from the 11-13 October 2017. Approximately 200 participants from more than 15 countries discussed the potential risks and misuse that the latest advances in genome editing may pose. FABI MSc student, Alandie Nieuwoudt and Postdoctoral Fellow Dr Gudrun Dittrich-Schröder were two of 20 travel award recipients who attended and participated at this workshop. All travel awardees presented posters outlining the use of genome editing in their current or future research.

Genome editing has been received with both enthusiasm and controversy. Due to its general applicability this technique has a wide range of potential uses which are promising to address the many challenges of the 21st century. For example potential applications include cell-based therapies to control disease, control of vector-borne diseases, improved crop and livestock breeding and industrial microbial biotechnology to generate biofuels. Yet, scientists have also shown concern about accidental and intentional misuse of biological materials.

The workshop covered a wide range of topics: current and potential applications, as well as security dimensions associated with gene editing technologies in a wide range of organisms (including microbes, plants, animals and humans); strategies to address potential security risks of genome editing; public communication and engagement on potential security risks of genome editing applications, and the role of science academies in promoting responsible use of this technology and providing guidelines for scientists.

Several Academies of Science, including the InterAcademy Partnership (IAP), the European Academies of Science Advisory Council (ESAC), the US National Academies of Sciences, Engineering and Medicine (NASEM), and the German National Academy of Sciences Leopoldina, contributed to discussions on the utility and safety of new genome editing technologies. Workshop organisers comprised international scholars with expertise on genome editing, security implications of biotechnology, science and technology policy, and public engagement highlighting the necessity to involve individuals from many different backgrounds.

The workshop emphasised the importance of international dialogue between all parties -scientists, lawyers, governments and the public, to name a few. This is especially needed because of the rapid development and widespread use of genome editing tools, such as the CRISPR-Cas9 system, in countries with various, and sometimes differing, regulations and governance policies. Discussions focused on near-, middle- and long-term security concerns of intentional misuse that may arise from these applications. Future biosecurity threats could come from terrorists or governments of other countries and, therefore, it is important that scientists, organisations, funding bodies, professional societies, scientific journals and others collectively ensure that the results of their work are not exploited.