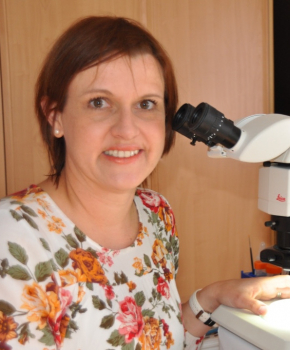 I completed a BSc (Agriculture) at the University of KwaZulu-Natal, Pietermaritzburg. Thereafter I conducted research in collaboration with the South African Sugarcane Research Institute (SASRI), Mount Edgecombe, Durban on Scarabaeids as well as a potential biocontrol agent of the stalk borer, Eldana saccharina. My MSc focused on identifying Scarabaeid larvae, problematic in sugarcane, by using molecular techniques to link unidentified larvae to identified beetles. Subsequently, a field key and electronic key, using Lucid 3.4 software, were developed to allow identification of larvae in sugarcane fields.

My PhD was conducted at FABI, the University of Pretoria, focusing on the molecular ecology and management of Leptocybe invasa (Hymenoptera: Eulophidae) in South Africa. Leptocybe invasa  is a minute gall-forming wasp and an emerging pest of Eucalyptus spp. throughout the world and has become one of the most threatening insect pests to Eucalyptus plantation forestry.

Combined analyses of sequence data from the mitochondrial cytochrome oxidase I gene region and simple sequence repeat markers revealed two distinct lineages amongst global populations of L. invasa. One of these lineages corresponded to the originally described L. invasa, and is present in most populations around the world. The second lineage occurred in specimens mostly from  Asia, with the exception of Ghana, and is most similar to currently known native populations from Australia. There was little genetic diversity within the two lineages in invasive populations, and they appeared to represent at least two introductions. The native Australian population was found to have a relatively high level of genetic diversity.

The primary control options for L. invasa are biological control and deployment of tolerant/resistant Eucalyptus species or hybrid clones. Collection of galled Eucalyptus tissue in Australia yielded large numbers of an undescribed hymenopteran, which was subsequently described as Selitrichodes neseri (Hymenoptera: Eulophidae). The biology of this wasp and its suitability as a potential biological control agent was studied, including host specificity and evaluating its potential impact as a parasitoid of L. invasa.  The second important method of control is the breeding or selection of tolerant/resistant Eucalyptus material. Work conducted in this study compared the susceptibility of commercially available, as well as company specific Eucalyptus clones and species to attack by L. invasa. Considerable variation was observed between genotypes of Eucalyptus species, illustrating the potential of host resistance for management.

I am a recipient of the Future Leaders-African Independent Research (FLAIR) Fellowship, which is a partnership between the African Academy of Sciences (AAS) and The Royal Society, supported by the Global Challenges Research Fund (GCRF).

My research will entail the development and application of CRISPR/Cas9 gene editing tools to control major insect pests of agriculture and forestry. Agriculture as well as forestry are crucial to the development of the African economy as a whole and provide significant employment opportunities. These sectors are critical for future food security, drivers of the economy and are critically linked to jobs. One of the single biggest threats to the agricultural and forestry sectors are pests and diseases. Current control measures cannot keep pace with the increase in pests and diseases. A new possibility to manage invasive pest using gene editing technologies exists. Gene editing tools allow the targeting of exact changes in an organisms DNA to affect certain traits. By targeting traits that affect fitness of the organism, or the mechanism through which it causes harm, its impact could be reduced. These tools can theoretically be applied in a much wider variety of organisms than previously possible, making it feasible to consider its use as part of a pest control strategy. 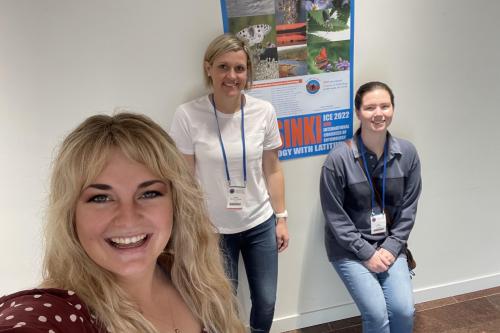 FABIans attend the XXVI International Congress of Entomology in Helsinki