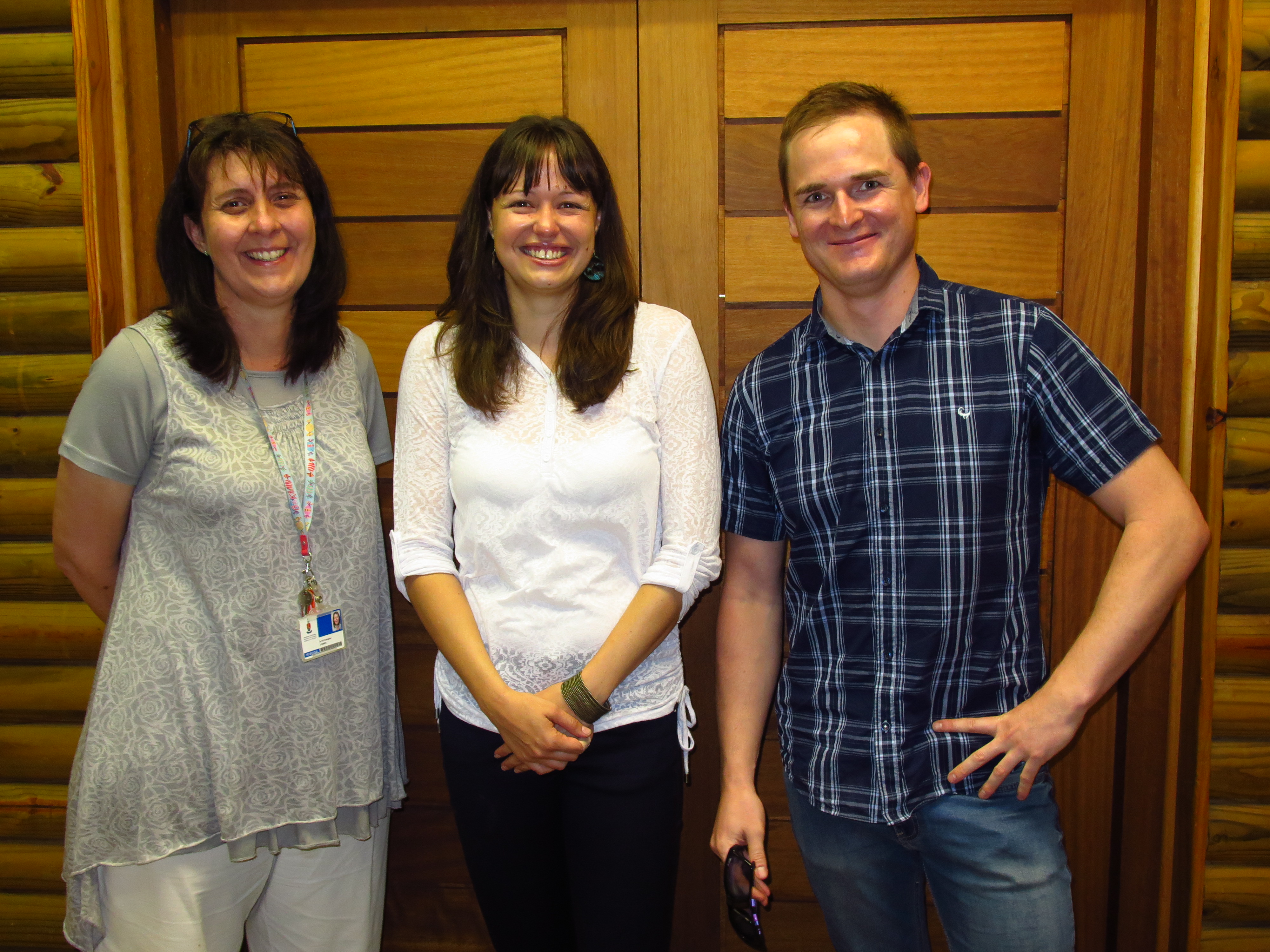 FABI hosted a coffee and cupcakes party on 27 November to wish well three people who have become an integral part of the FABI community over the years. The farewell party – decked with cupcakes and all things sweet – was organised by the FABI Social Club in honour of Drs Bridget Crampton, Alistair McTaggart and Louise Shuey as they leave FABI to embark on new chapters in their professional lives.

Research leader of the Cereal Foliar Pathogen Research Group, Dr. Crampton, takes up a position at the UK Forestry Commission, where she will conduct research on oak diseases. She thanked Prof. Dave Berger for his mentorship since she was a PhD candidate in the Institute. She said she would miss the friendships forged at FABI and interacting with visiting scientists.

Drs McTaggarts and Shuey joined FABI as postdoctoral Fellows in 2014. Alistair developed a catalogue of rust fungi in southern Africa and together with fellow postdocs, sequenced the genomes of two rust fungi. He returns to his alma mater, the University of Queensland, where he will work with Prof. Andre Drenth. Dr Sanushka Naidoo, with whom Louise had worked in the Eucalyptus and Pine Pathogen Interaction Group, said she was a mentor to many students and had “cracked the whip” as a “lab ninja”. Louise also returns to Australia to work with myrtle rust expert Dr Geoff Pegg.