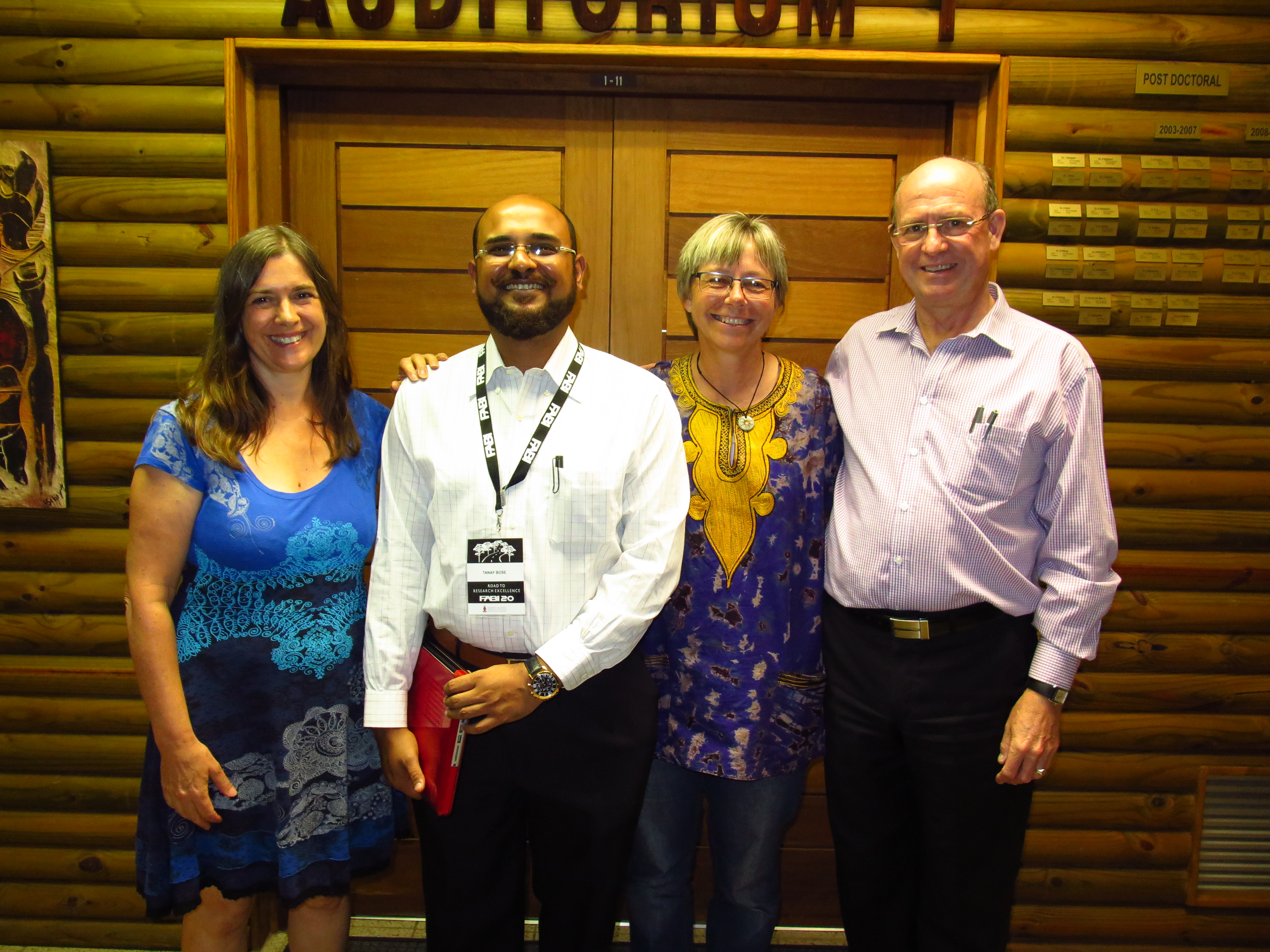 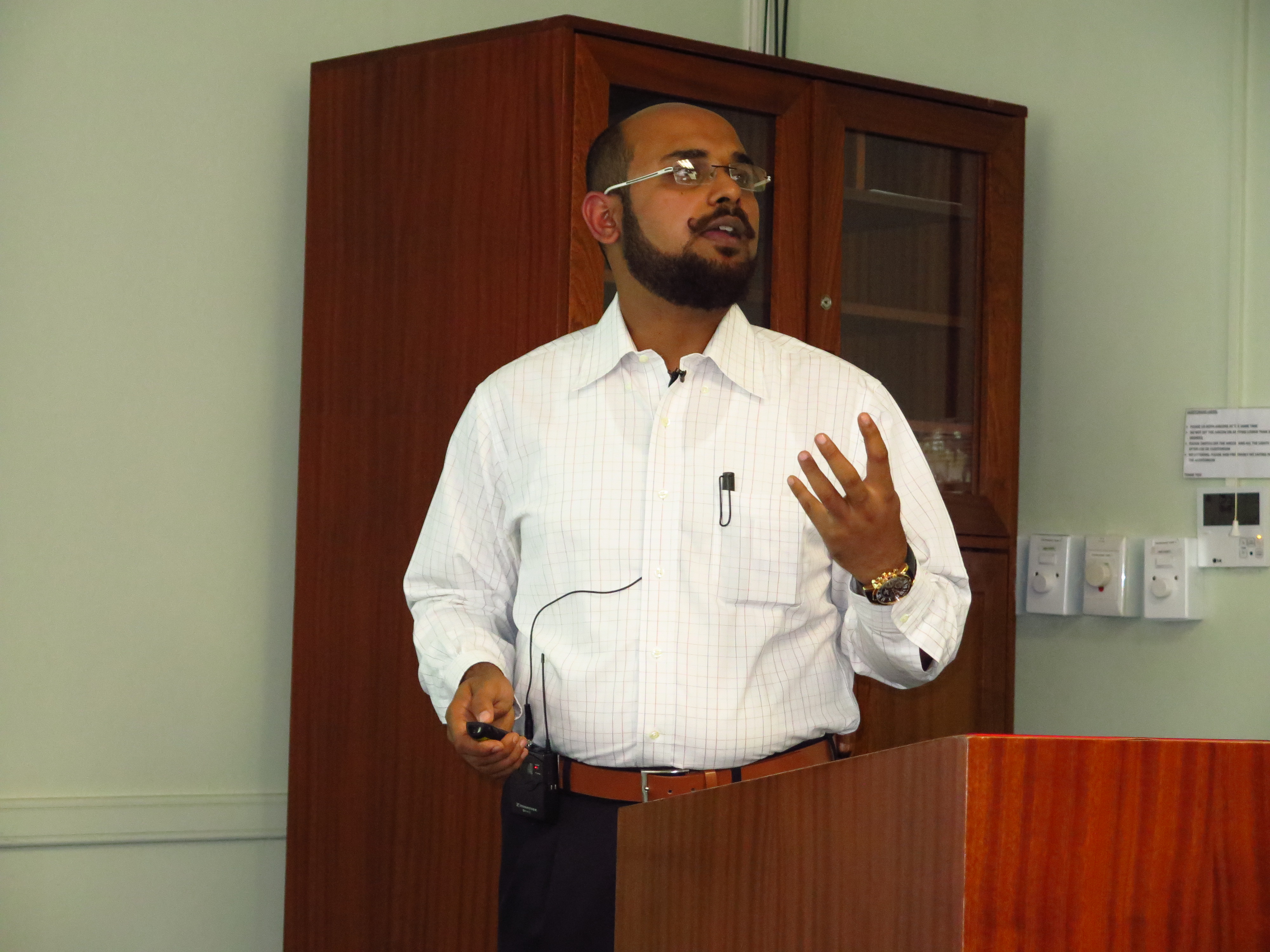 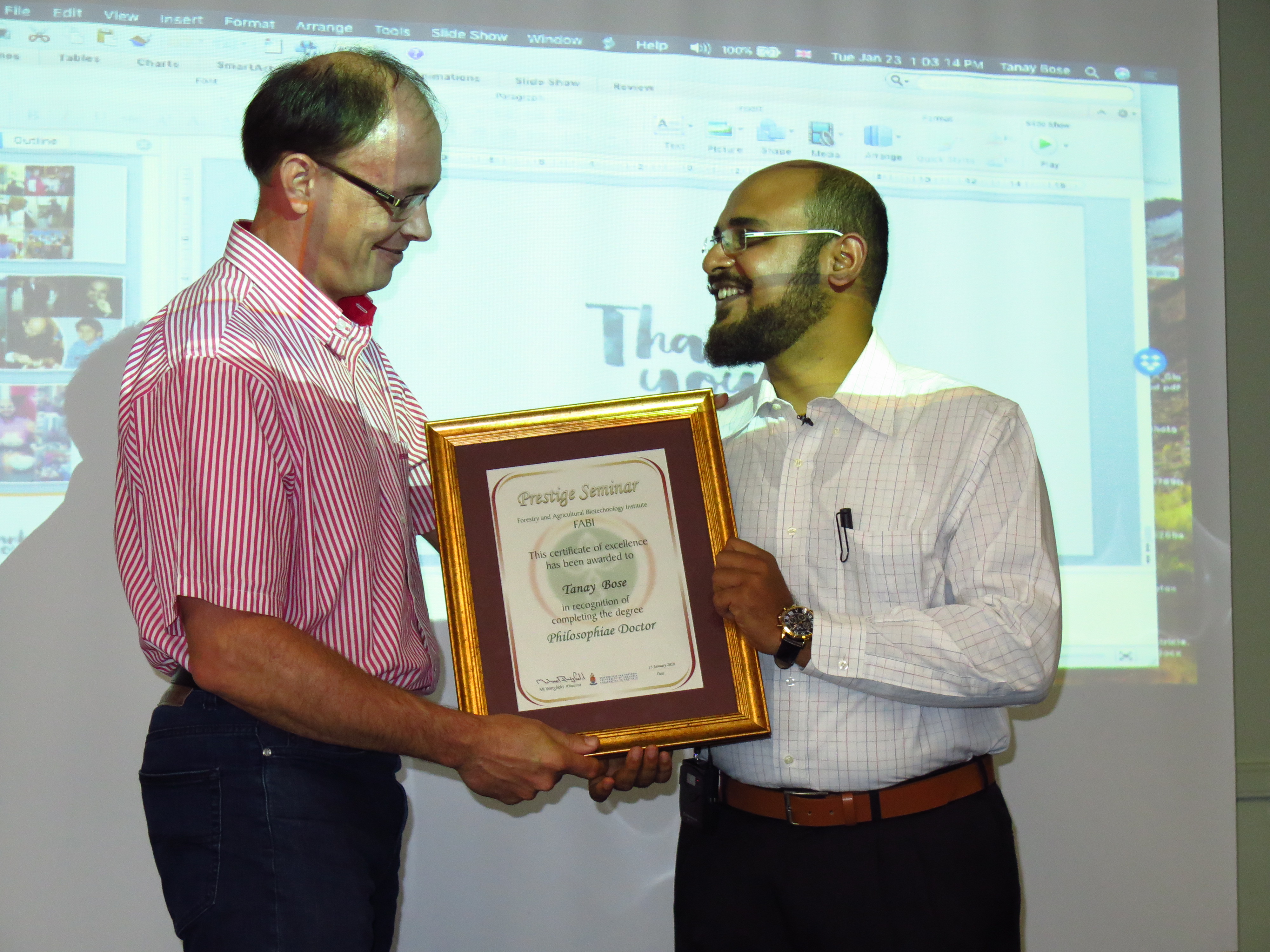 FABI celebrated the completion of the first Ph.D. for 2018 on 23 January when Tanay Bose presented his Prestige Seminar “Phytophthora species diversity associated with native and non-native forests in South Africa” before successfully defending his thesis. Tanay presented to a packed FABI Auditorium with numerous visiting guests and FABI Aluminus from around the globe - probably the most people to attend such a seminar in FABI’s two-decade history.

Phytophthora, literally meaning “plant killer” is a plant pathogen with 164 species identified globally. It is an important pathogen of wattle, eucalypt and avocado trees in South Africa.  Twenty two species of Phytophthora have previously reported, the first being in 1917. Tanay’s study is of great importance as it identified 43 species: 20 new species including seven new phylotypes.