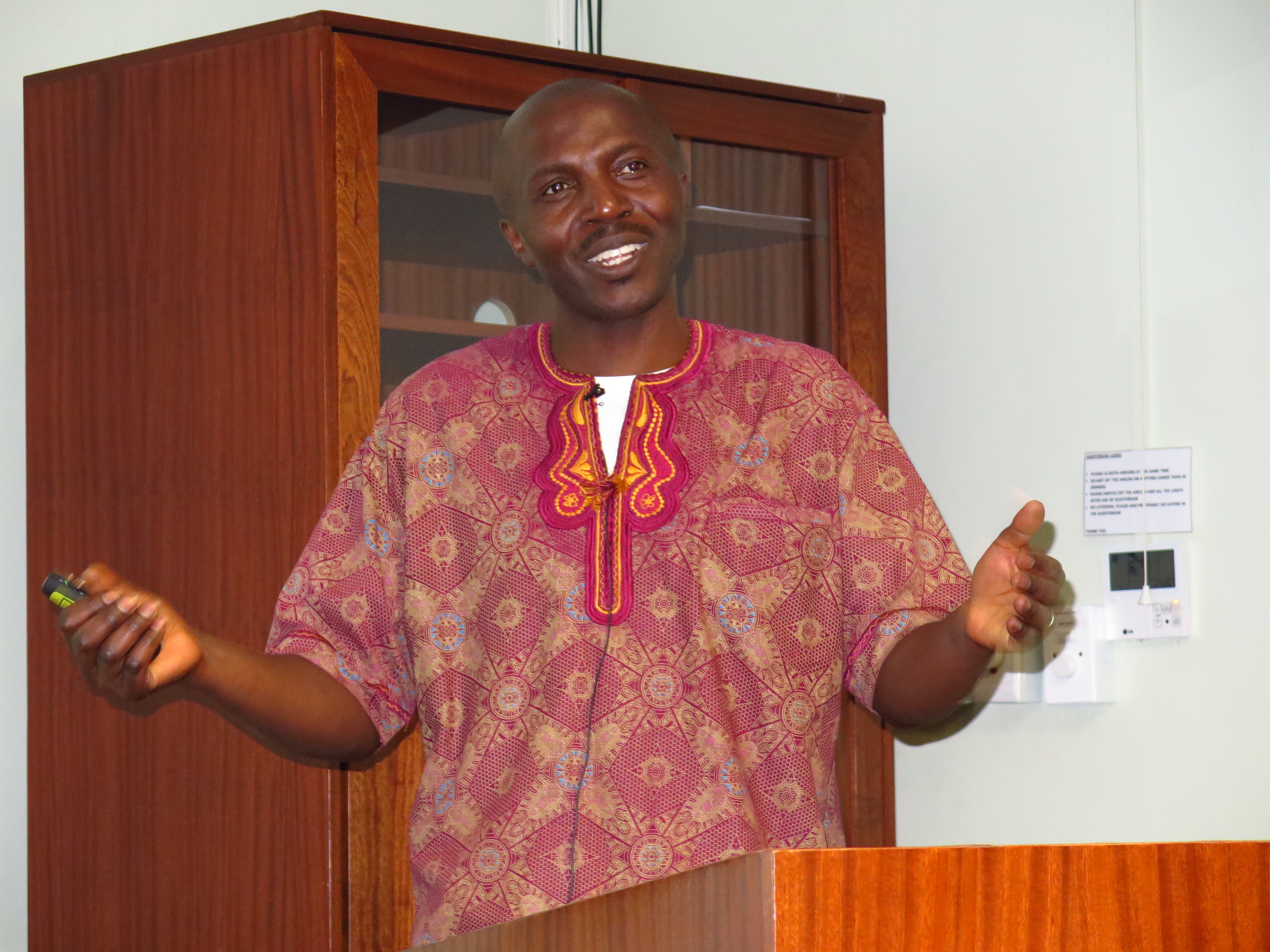 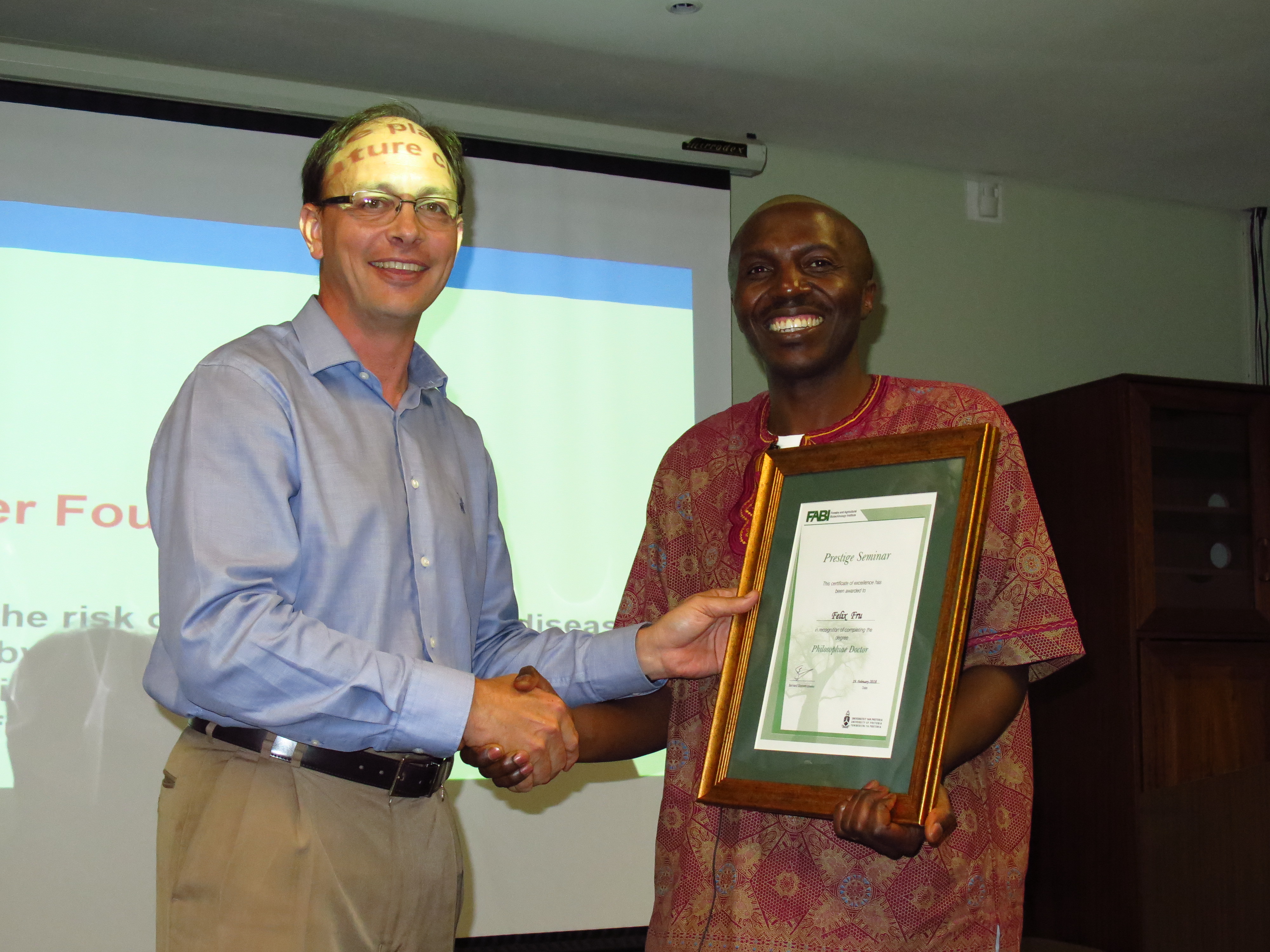 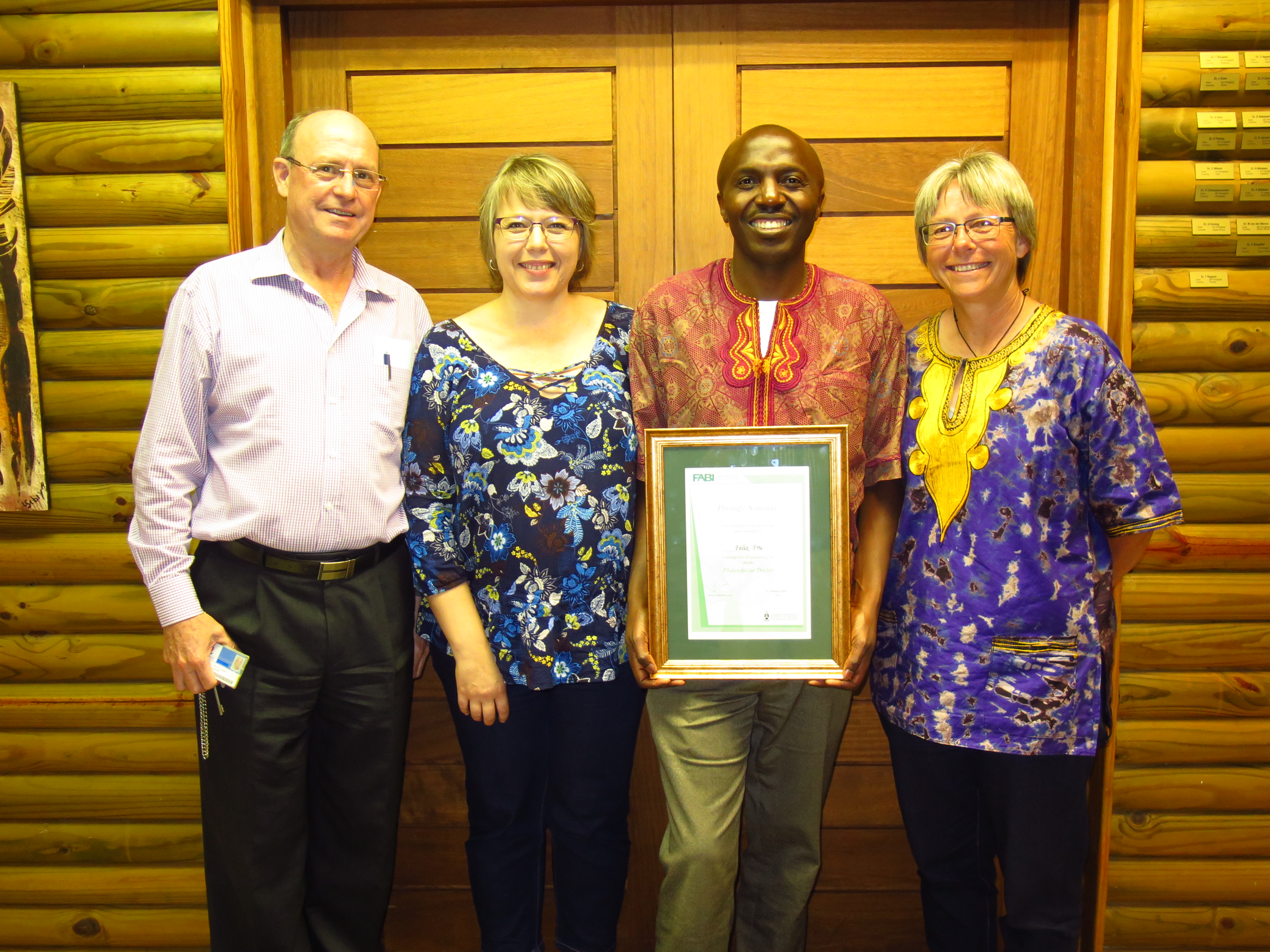 FABI’s 20th anniversary year is off to a flying start with Felix Fru becoming the third FABIan to successfully defend his Ph.D. thesis on 20 February. Felix presented his Prestige Seminar, entitled “Population genetics and ecology of Fusarium circinatum on Pinus species in eastern South Africa” to colleagues and friends the previous day. It was a double celebration for the Institute as Marike Palmer also passed her Ph.D defence the same day.

Fusarium circinatum is an ascomycete fungus that is a pathogen of Pinus species and Douglas fir. It causes pitch canker disease on mature pine trees and disease of pine seedlings and cuttings. Dispersal is by seed, seedlings, plant material, insects, irrigation water and wind.

The first report of this fungus in South Africa was from a forestry nursery in the Mpumalanga Province. It was also the first report worldwide of the infection of Pinus patula by this pathogen posing a serious threat to South Africa’s timber industry. Felix’s studied the population diversity and mating strategy of F. circinatum and the genotytpic relationship between this fungus in commercial Pinus plantations and nursery populations in the summer rainfall region of South Africa. From these data he established  a model to predict the potential risk of occurrence of pitch canker in South Africa based on current and future climate data. His study showed that pitch canker disease is a growing threat to the commercial plantations of Pinus species. The findings of the study will guide the local forestry industry in designing management and control strategies for the pathogen.