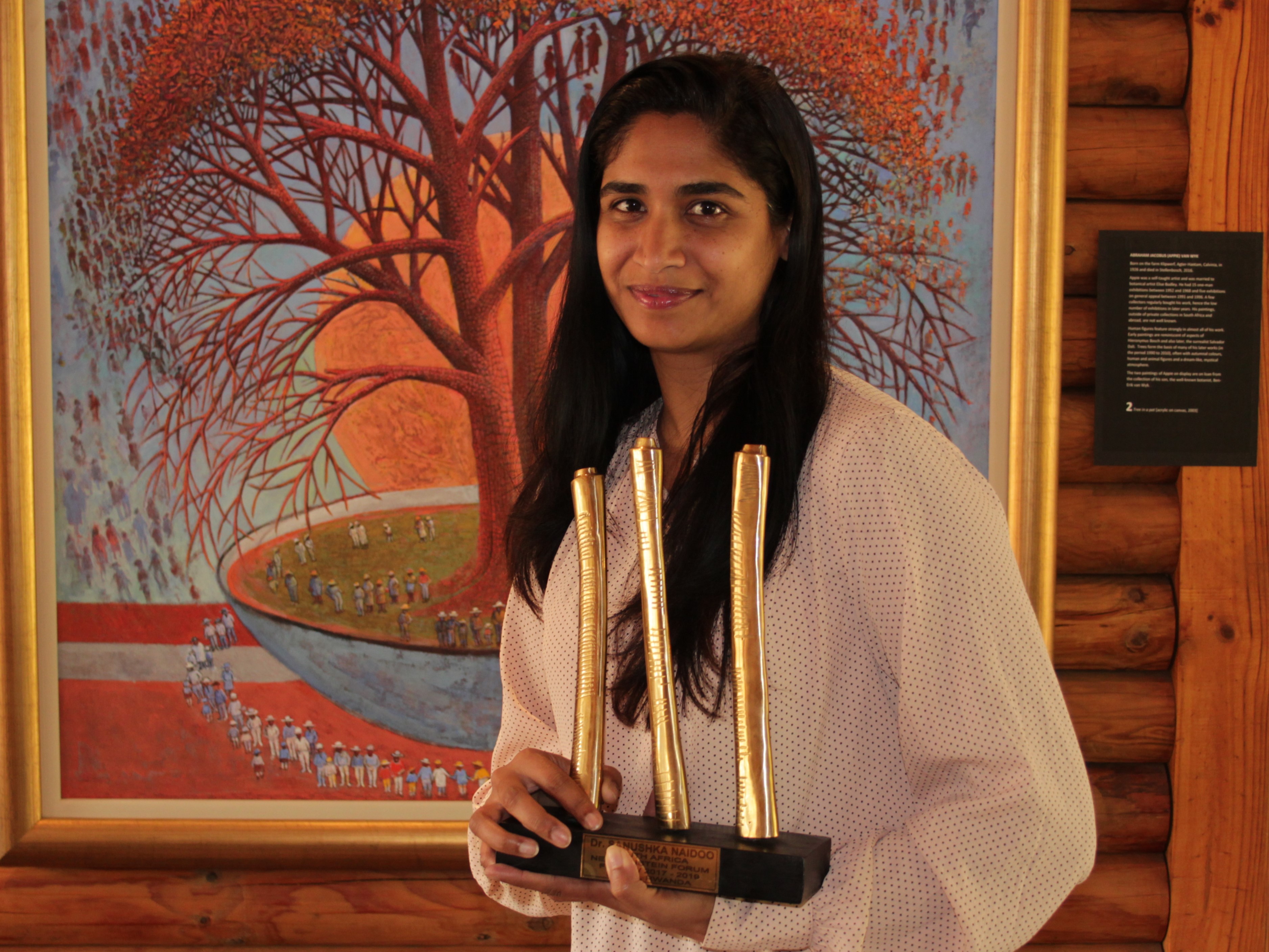 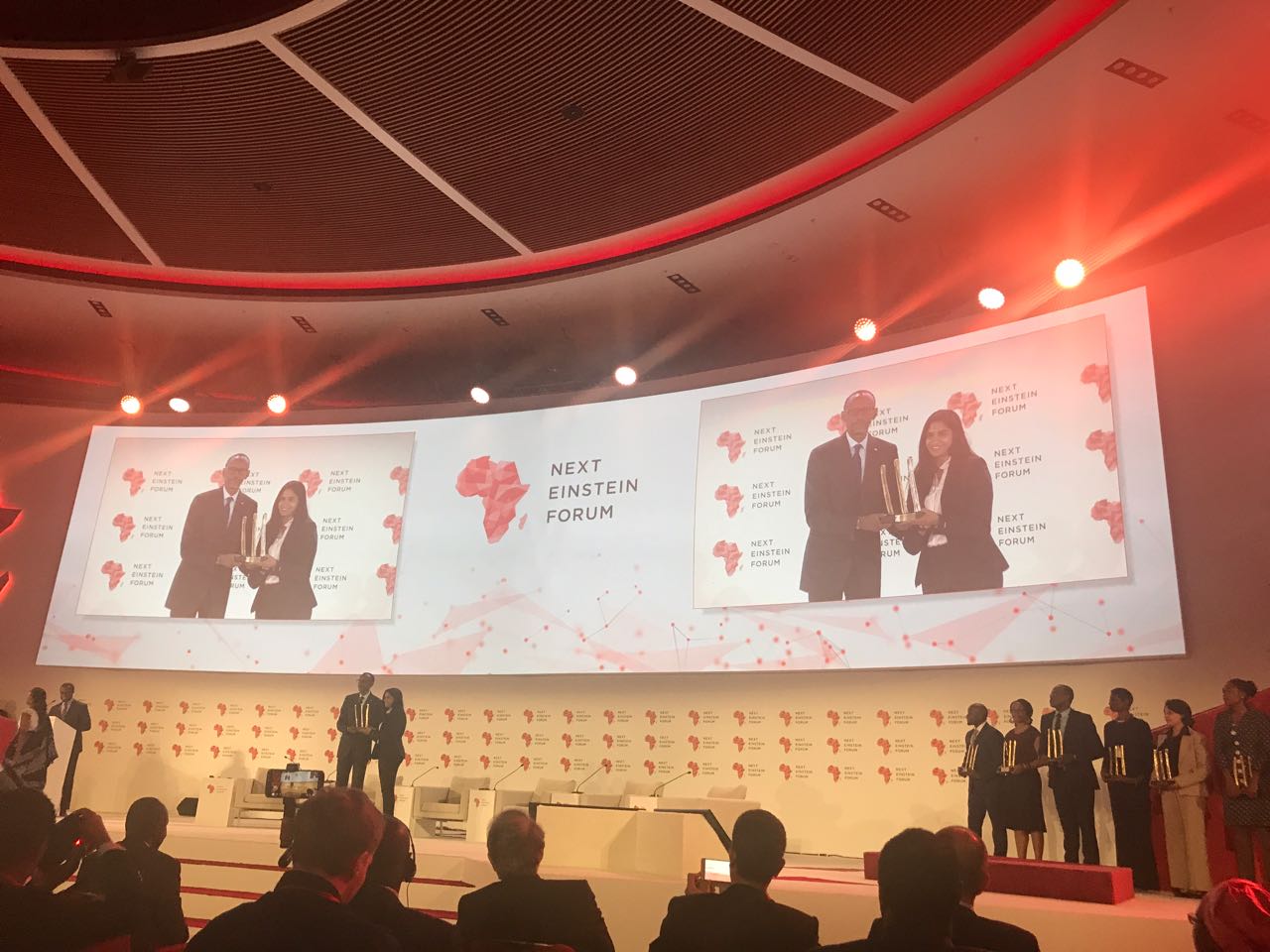 The award resembles the Ishango Bones that were discovered in the Ishango region of the Democratic Republic of Congo. The bones are evidence of early mathematical aptitude in Africa and dates back to 22,000 years ago, in the Upper Paleolitic era.

As part of her NEF Fellowship (2017-2019), Prof. Naidoo, together with several FABIans, will be involved in initiatives such as promoting science education, developing research collaborations, encouraging innovation and providing career mentorship. The aim of NEF is to connect science, society and policy in Africa and the rest of the world thus leveraging science for human development globally.