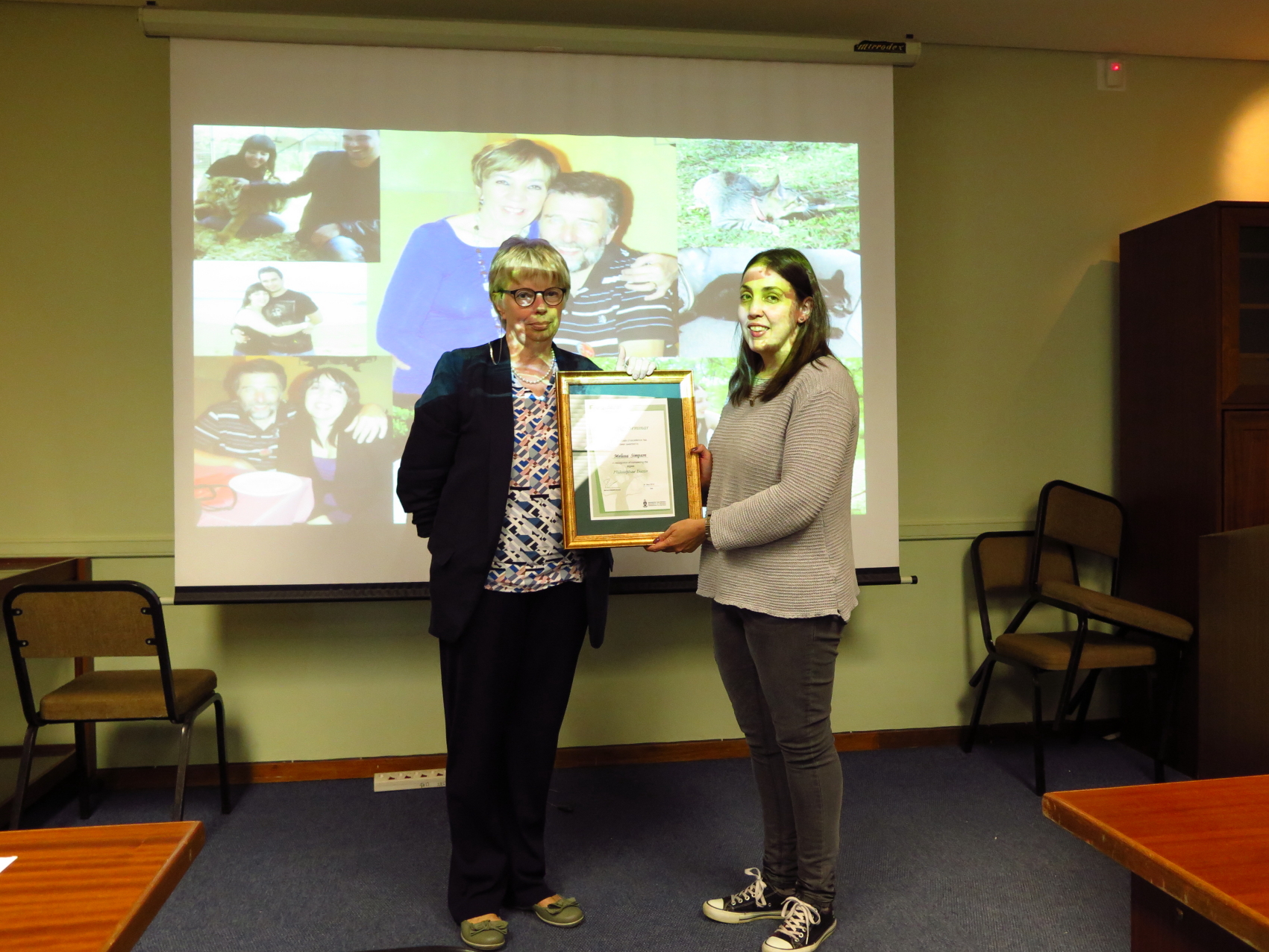 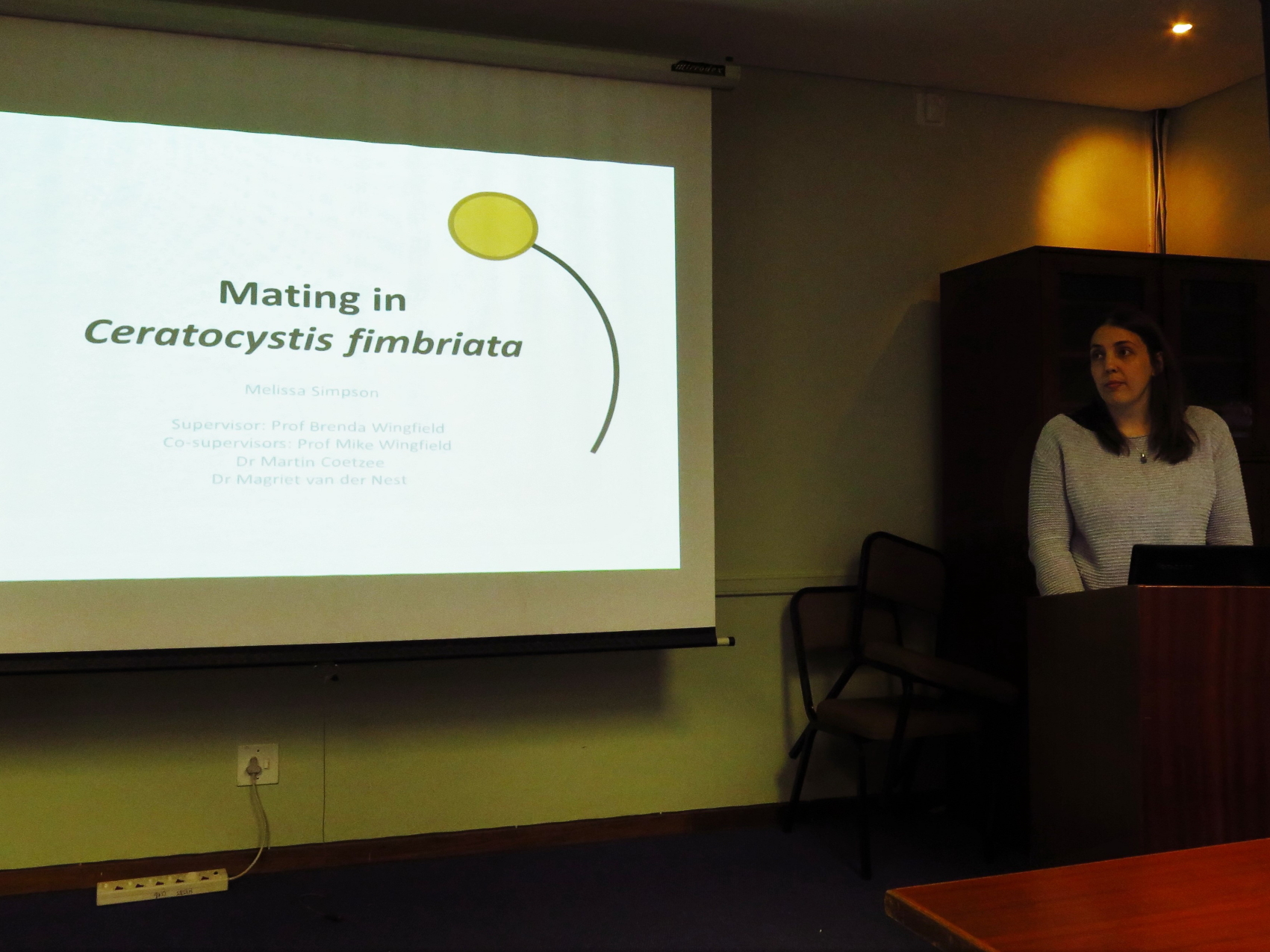 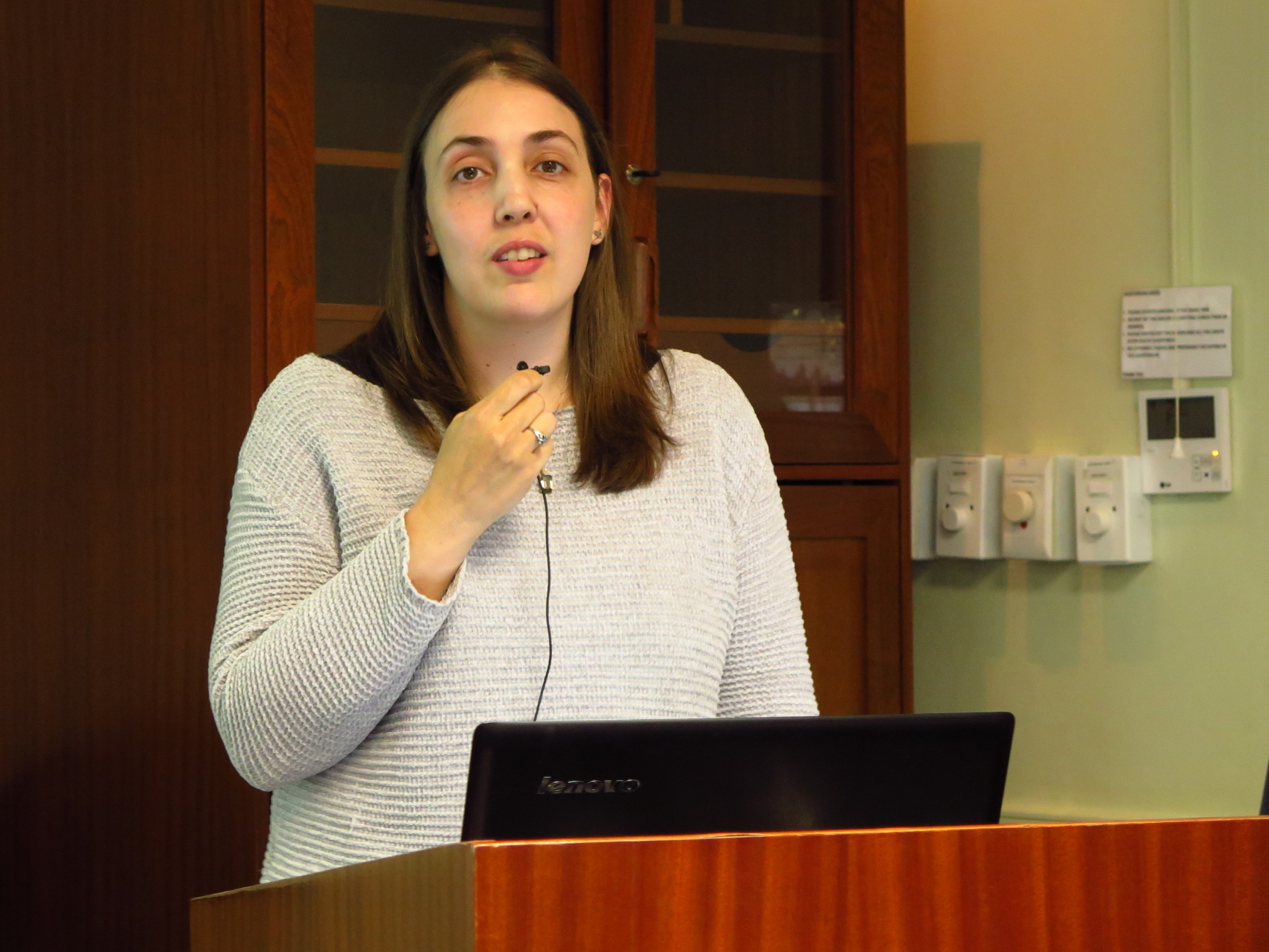 In the presence of academics from the joint Department of Biochemistry, Genetics and Microbiology as well as close family and colleagues, Melissa Simpson presented her prestige seminar at FABI on 30 May. The seminar was followed by her oral PhD defence, which was headed by Melissa’s examiners, Professor Corli Witthuhn of the University of the Free State and Dr Irene Barnes of the University of Pretoria.

Melissa completed her PhD research under the supervision of Proff Brenda Wingfield and Mike Wingfield as well as Drs Martin Coetzee and Magriet van der Nest. Her seminar titled “Mating in Ceratocystis fimbriata” highlighted findings from her research, which focused on the mating system of the plant pathogen that causes disease on agricultural crops such as sweet potato and coffee. Ceratocystis fimbriata is homothallic and Melissa suggested that uni-directional mating-type switching was likely essential for self-fertility in the pathogen. She found that a single gene mutation governs fertility in MAT2+ self-sterile isolates and that there were differences in the expression of pheromone and receptor genes between self-fertile and self-sterile C. fimbriata isolates.

Melissa showed that understanding the mating system of C. fimbriata was beneficial not only to controlling the spread of the fungal pathogen but also to better understanding other pathogens in the genus such as Ceratocystis albifundus, which causes disease on Acacia mearnsii.