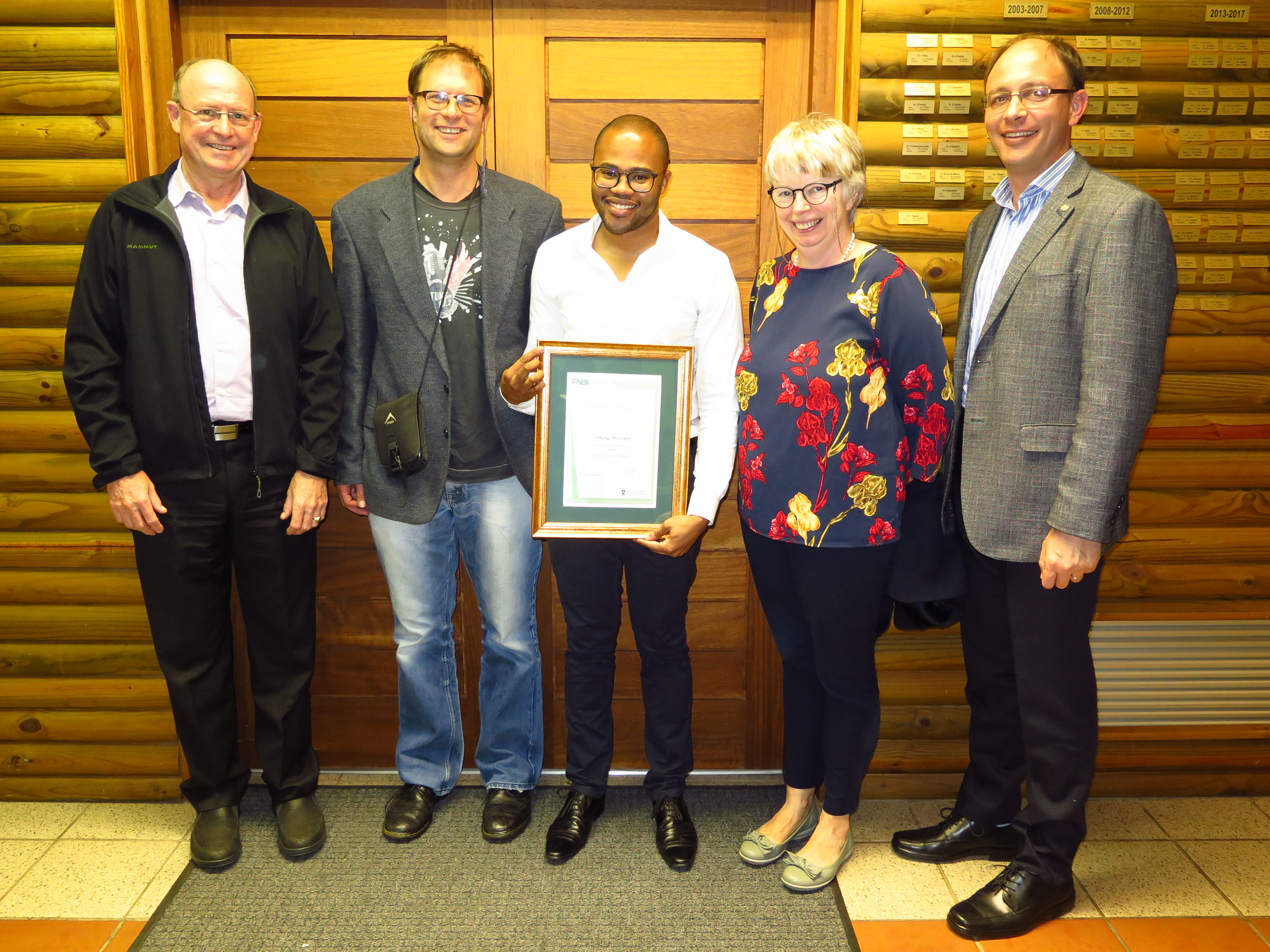 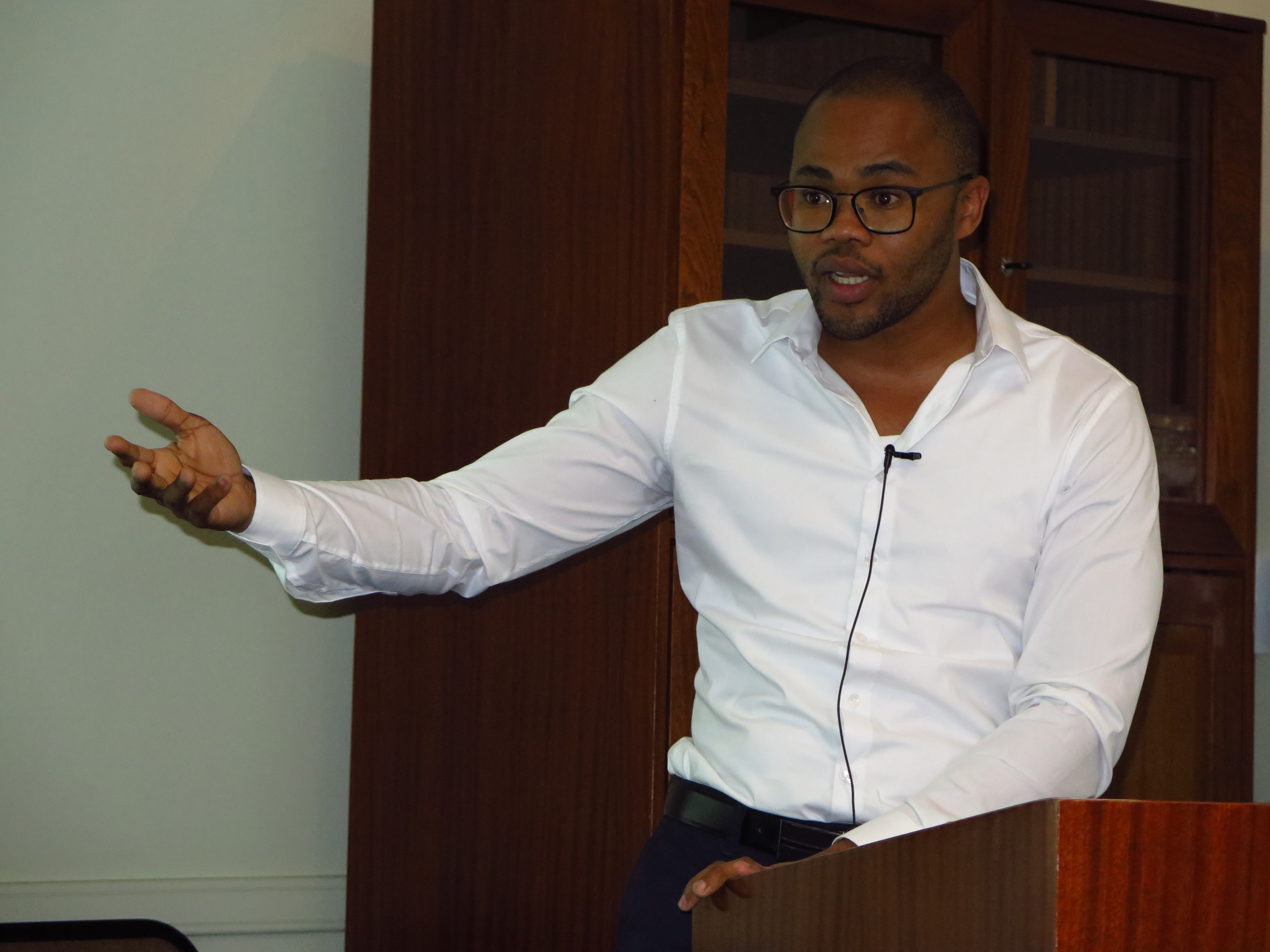 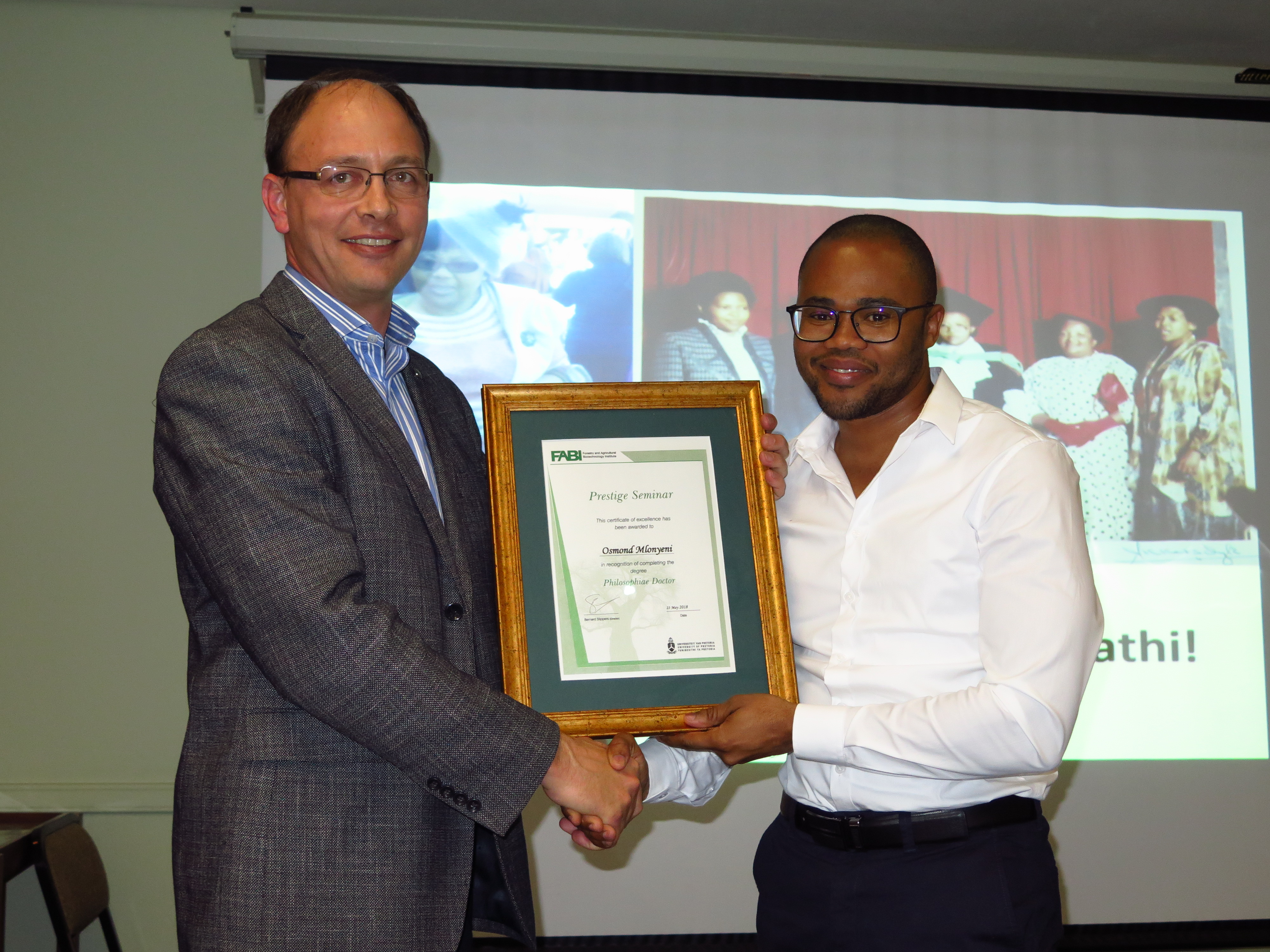 In a first for FABI, Osmond Mlonyeni publically defended his PhD thesis on 23 May, marking a shift away from the Institute’s traditional prestige seminars. Previously, PhD candidates presented their prestige seminars first at the Institute before undergoing a closed oral defence with their external examiners.

Osmond presented a summary of his thesis titled “Characterisation of the genetic variability in the Sirex-Amylostereum-Deladenus symbioses” before fielding questions from his external examiners, Dr Helen Nahrung of the University of the Sunshine Coast in Australia and Professor Brett Hurley of the University of Pretoria. Also in the audience were his family, friends and colleagues.

A single strain of D. siricidicola is widely used in the Southern Hemisphere against different populations of the Sirex woodwasp and the fungus it vectors. Developing a biocontrol programme specific to the populations of Sirex and the fungal strains in each area would therefore significantly improve the efficacy of the programme.

By comparing different D. siricidicola strains from South Africa, Chile and Canada, Osmond found that there was variation in the ability of different strains to convert to the infective form. This variation, he found, could be exploited to tailor biological control programmes for specific regions. He also found that there were nine strains of A. areolatum in South Africa, one of which was unique to the Western Cape and KwaZulu-Natal province. This, he said, possibly suggested two different introductions of S. noctilioto to South Africa.

Prof Slippers commended Osmond for his leadership, numerous awards and representing FABI on various international platforms. He congratulated Osmond on completing his degree and being an “established researcher” who has published his research widely.