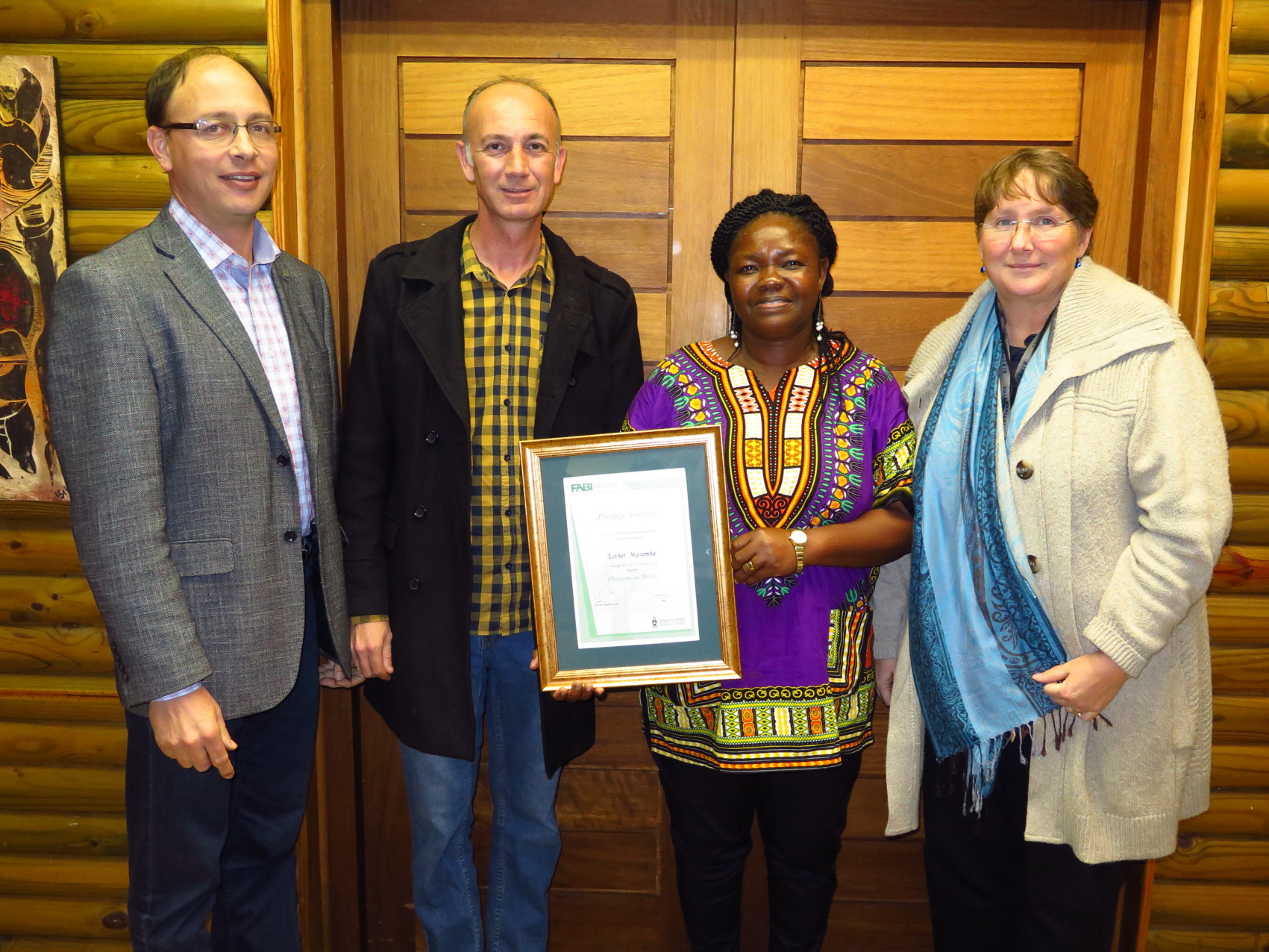 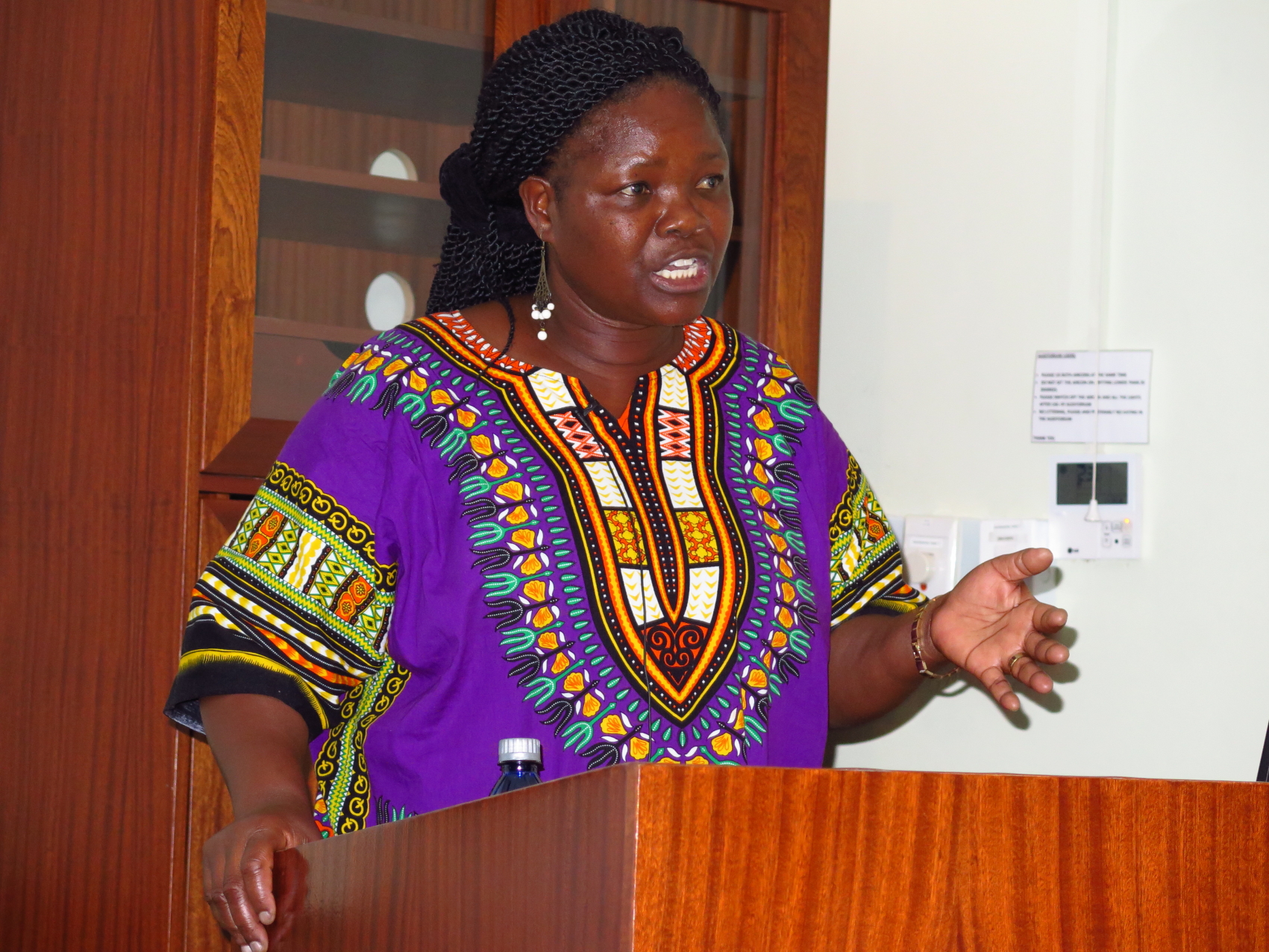 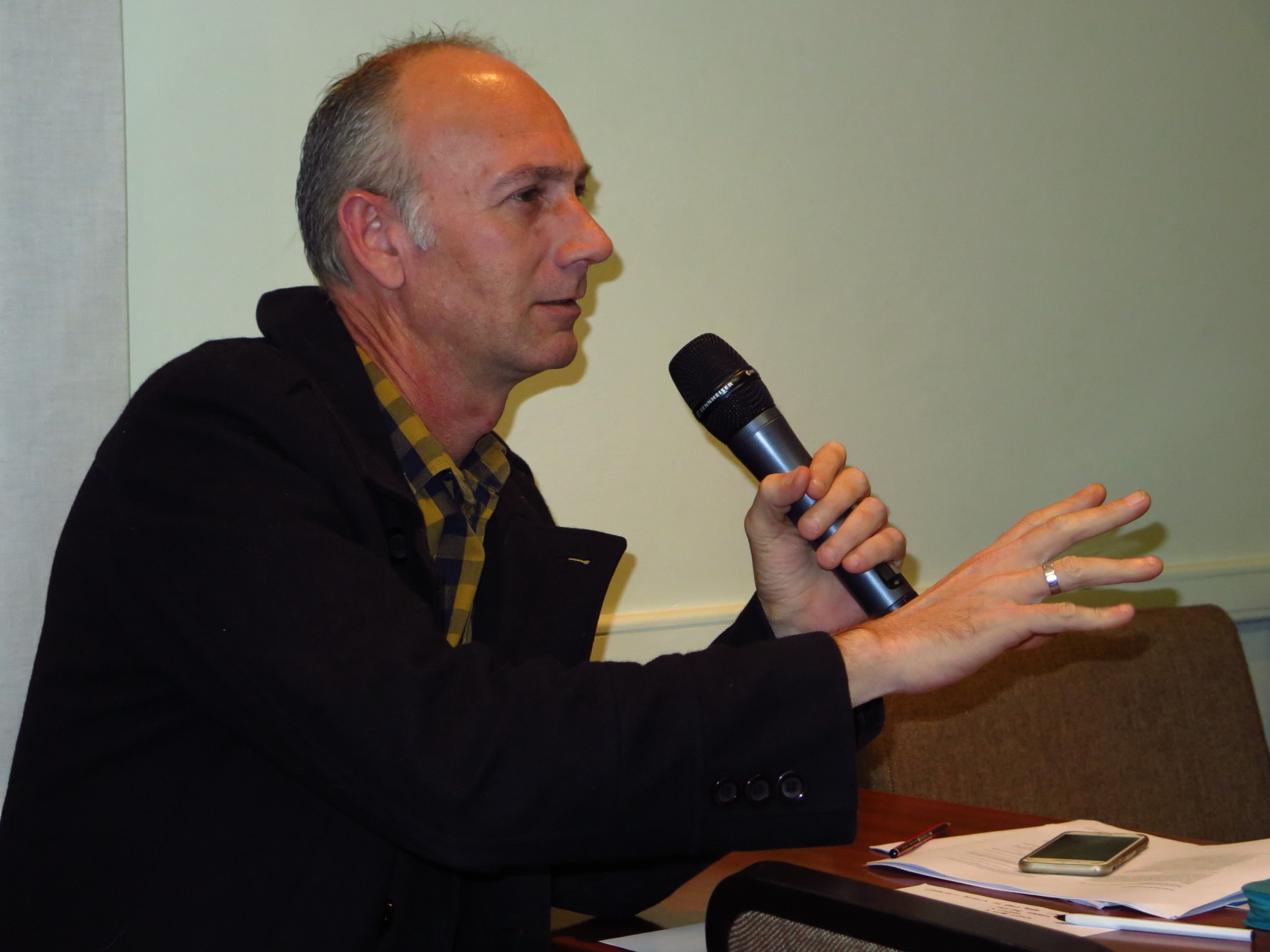 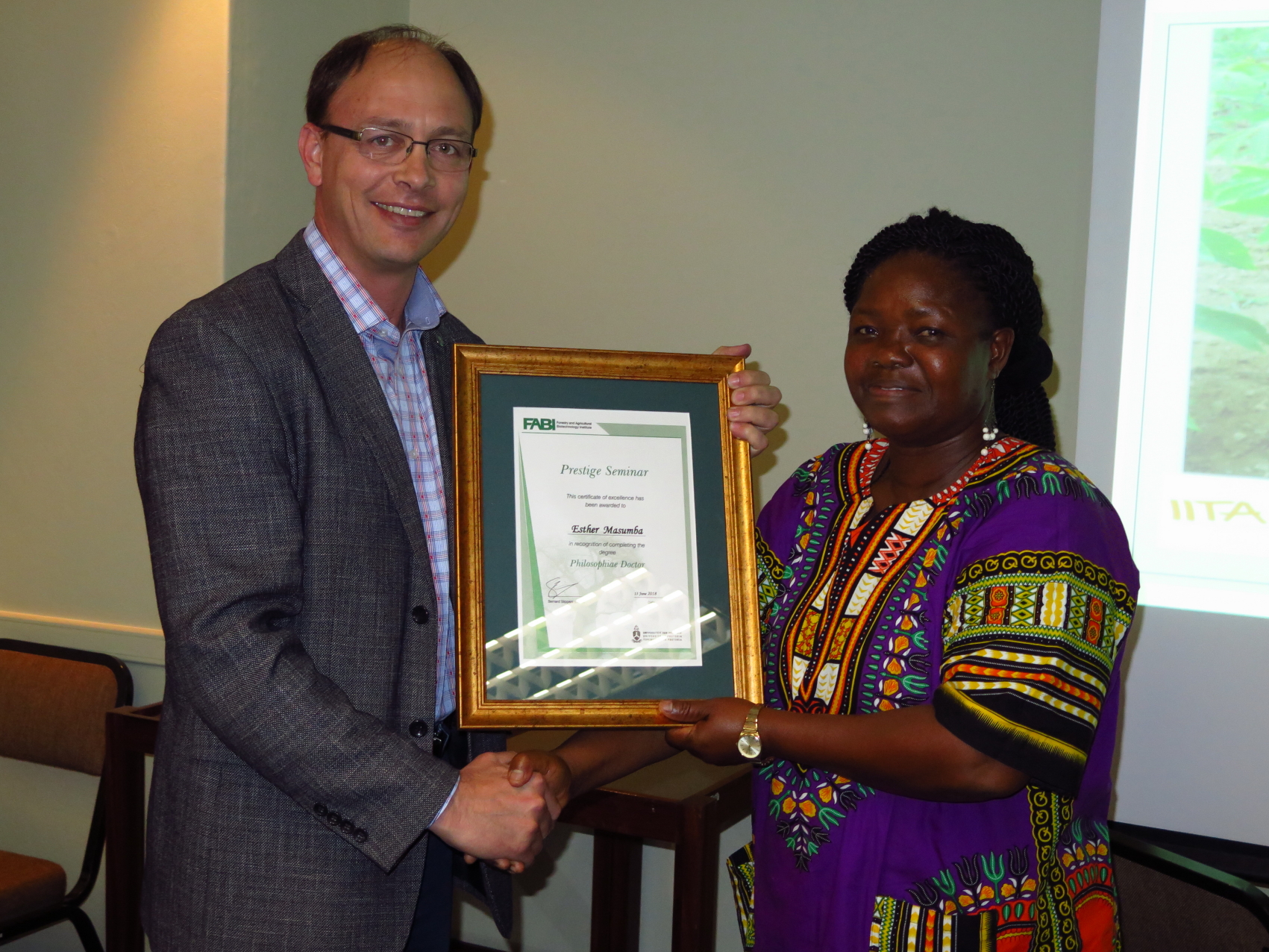 Congratulations to Esther Andrew Masumba, who successfully defended her PhD thesis on 13 June, becoming the eighth candidate at FABI to reach this milestone in 2018. She presented her prestige seminar titled “Mapping of QTL associated with resistance to Cassava Brown Streak and Mosaic Disease in cassava farmer varieties from Tanzania”. Esther completed her research under the supervision of Dr Albe van der Merwe, Professor Zander Myburg and Dr Morag Ferguson of the International Institute of Tropical Agriculture in Kenya.

Esther’s study focused on two genetically related varieties of cassava (Manihot esculenta Crantz) grown by farmers in Tanzania. One, named Namikonga, is tolerant to cassava brown streak disease (CBSD), while the other, Albert, is resistant to cassava mosaic disease (CMD). CBSD affects all parts of the cassava plant including the tubers, the most economically valued part of the plant. CMD, on the other hand, causes chlorosis on the leaves and leads to stunted growth.

After crossing the two varieties, she used molecular methods to identify genetic markers that are responsible for how each of the varieties reacts to the two viral diseases. The results of this study will benefit breeding programmes in the east African country, which has experienced declines in yields. The breeding of disease resistant variants will also be of benefit to other countries in Africa such as Nigeria, which is the largest producer of cassava in Africa.

Esther’s primary supervisor, Dr van der Merwe, complimented her on a “beautiful thesis” which she completed part-time while working as a plant breeder in Tanzania.