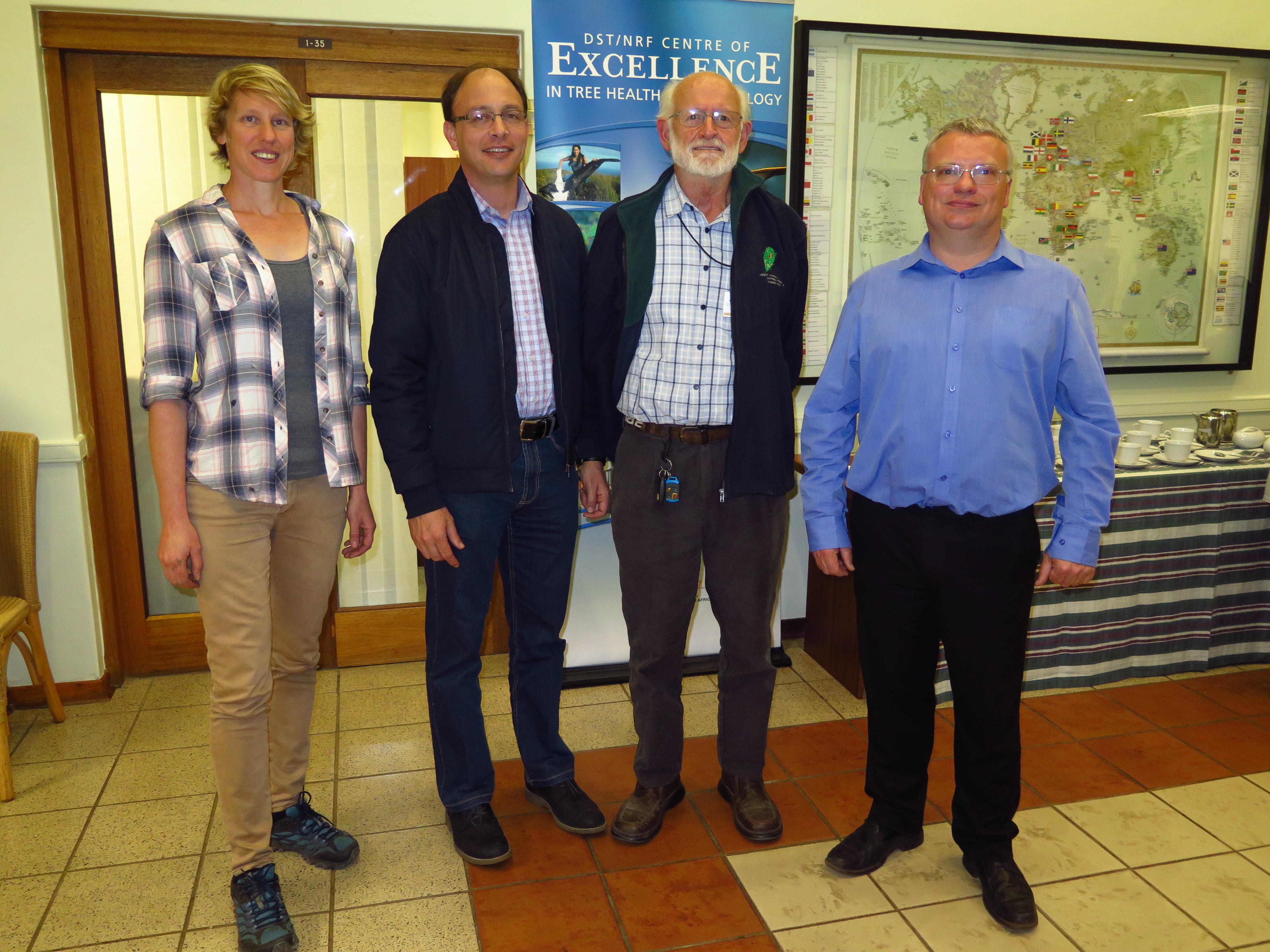 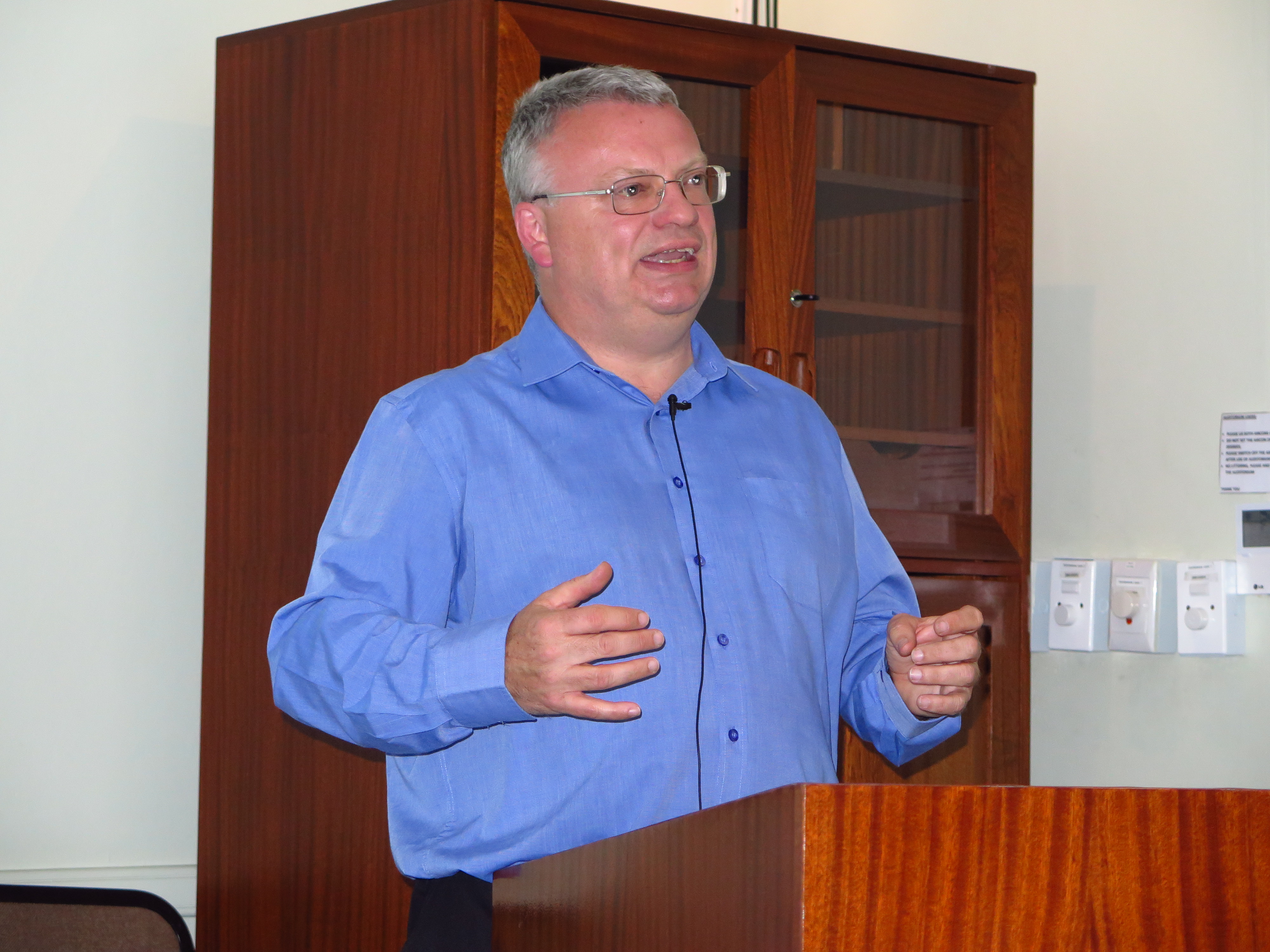 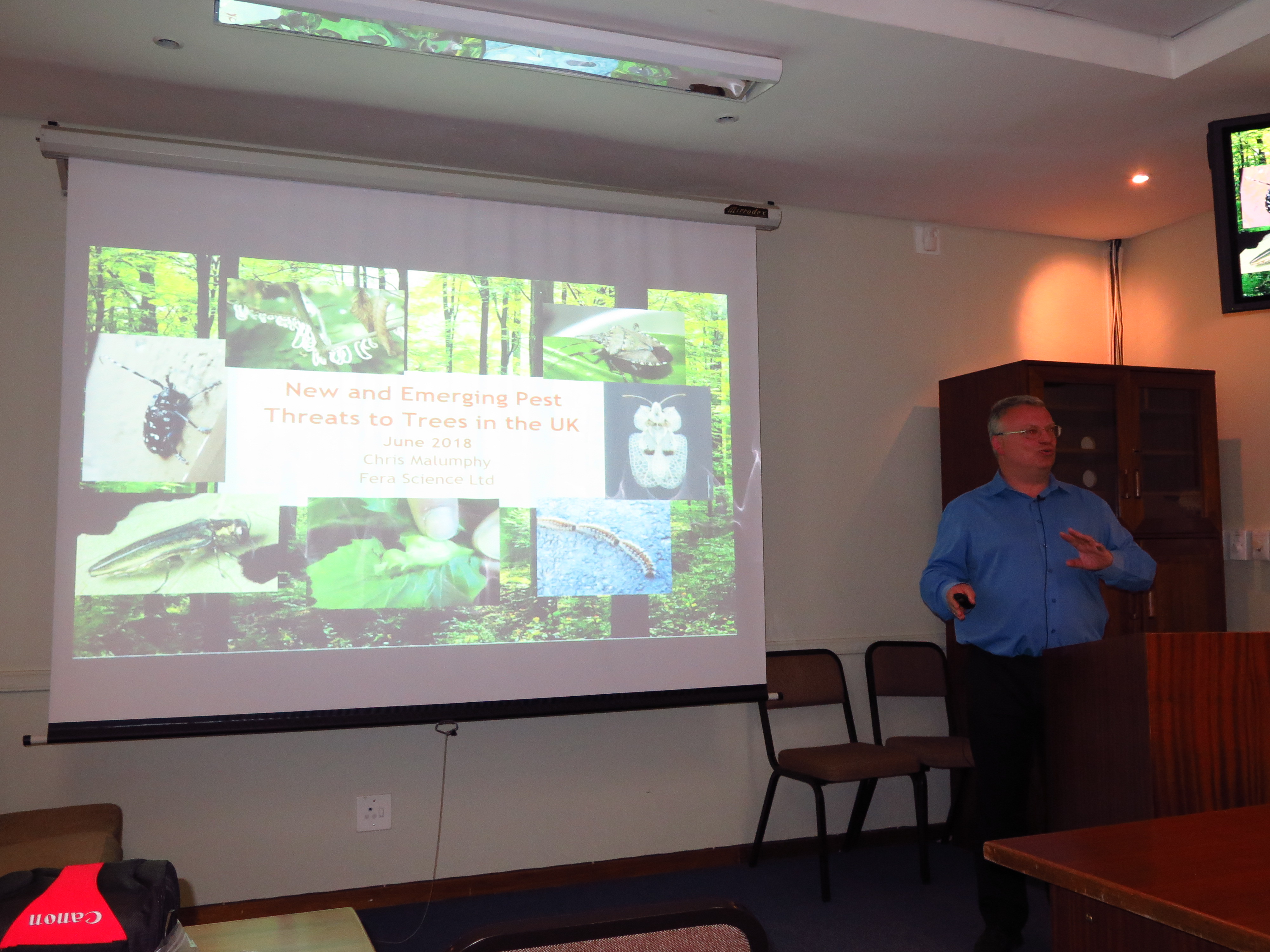 Dr Chris Malumphy shed light on alien insect species that threaten the survival of various tree species in the United Kingdom in his special seminar, “New and emerging pest threats to trees in the UK” on 22 June. The seminar focused on the origins of these insect pests, their pathways of introduction (when they are known), their physical characteristics and the damage they wreak on their hosts.

Dr Malumphy is an entomologist with the Food and Environment Research Agency (Fera) Science and he was in South Africa on an international sampling project with FABI’s Dr Trudy Paap. He began his presentation by introducing the audience to wood boring beetles such as Agrilus planipennis. He warned that coupled with ash dieback, the presence of the beetle may “signal death” to surviving Fraxinus species. He suggested that disregard for phytosanitary measures for wood packaging material and the sale of living plants online could have introduced Anoplophora glabripennis to the UK.

Introduced to Europe via Italy, Dr Malumphy suggested that Corythucha ciliata could change the landscape of London’s avenues, which are lined mostly by Platanus species, the lacebug’s host. He warned that Corythucha arcuata, a threat to Quercus, could be a problem if introduced in South Africa, especially in drought-stricken areas in the Western Cape owing to similarities in climate in the Mediterranean, where its impact has been severe.

He referred to Halymorpha halys as a hitchhiker – it has been caught in the UK on passenger luggage and timber – and described it as polyphagous because it infests about 100 tree species including orchard trees. Dr Malumphy also discussed a pest of Eucalyptus, Paropsisterna selmani, native to Tasmania and reported in Ireland in 2007. He said the beetle’s pathway of introduction is unknown.