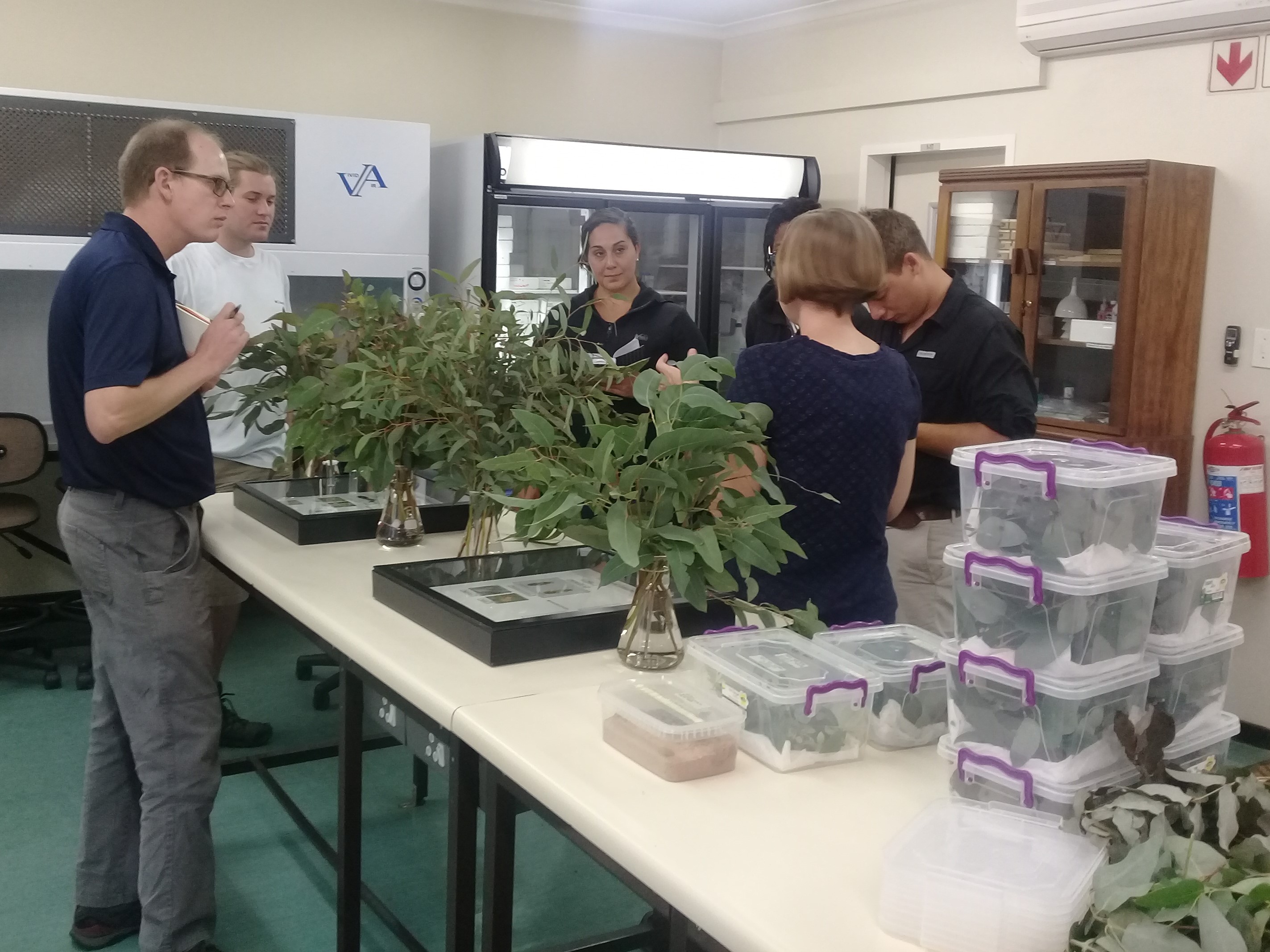 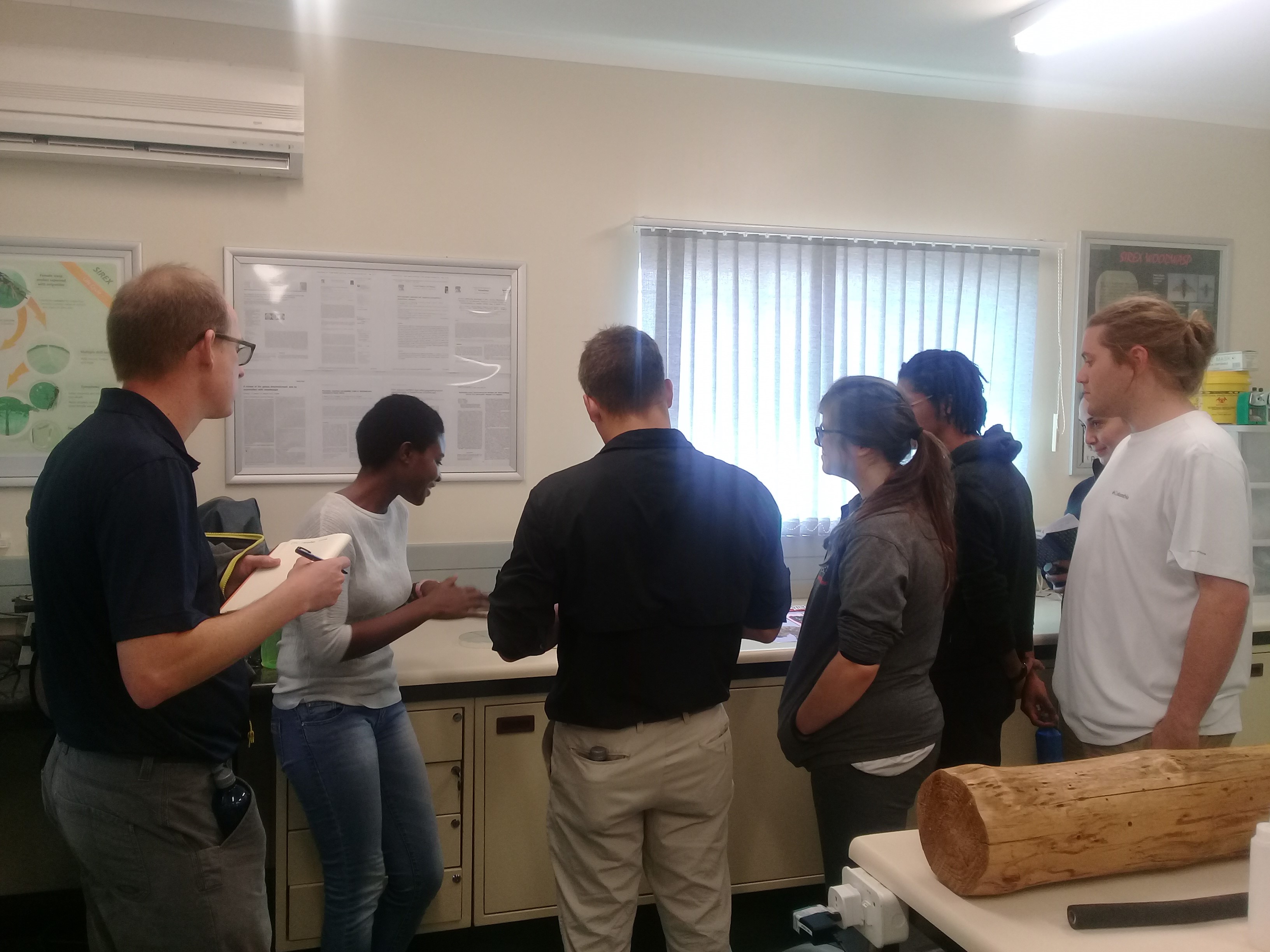 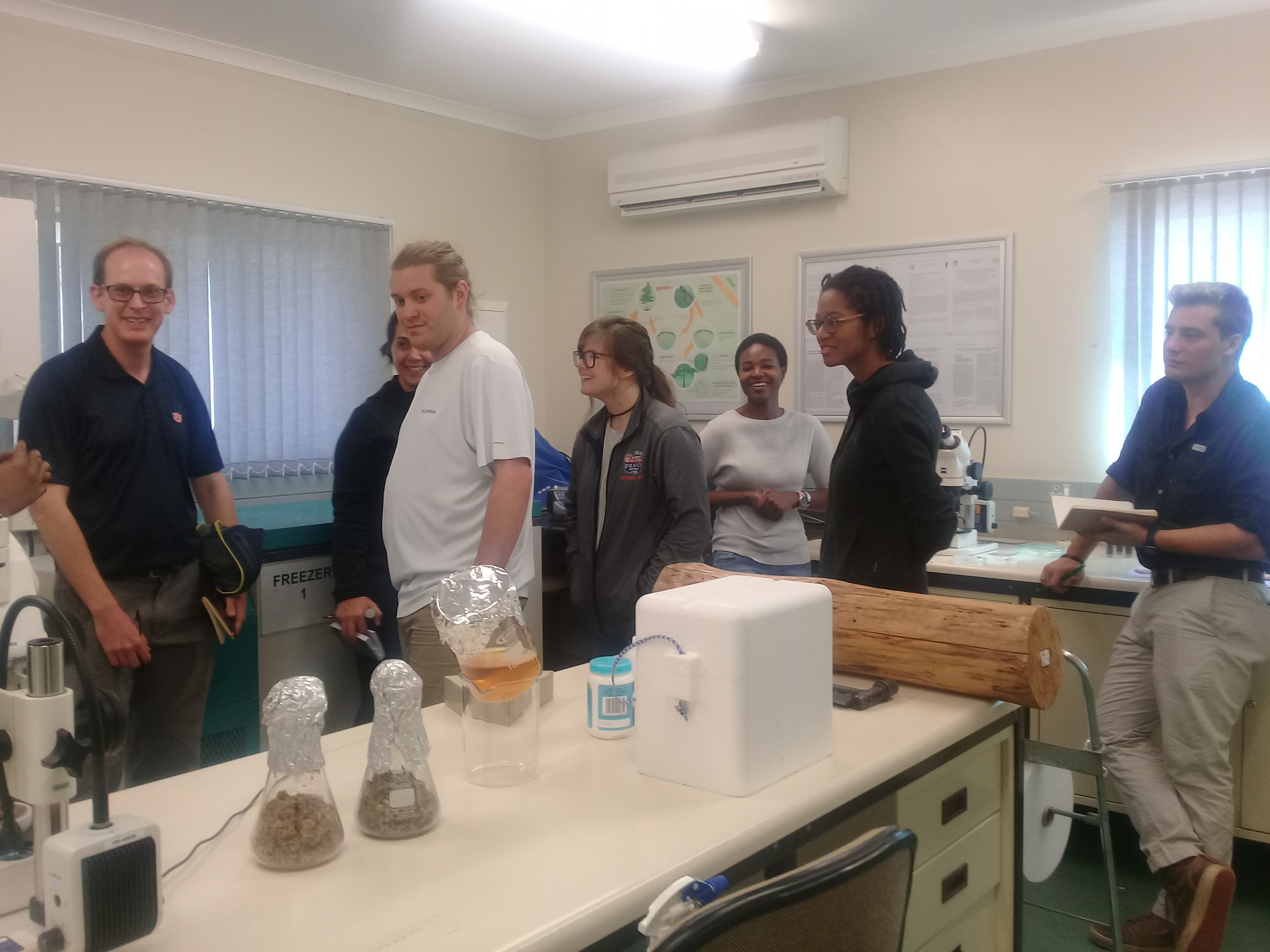 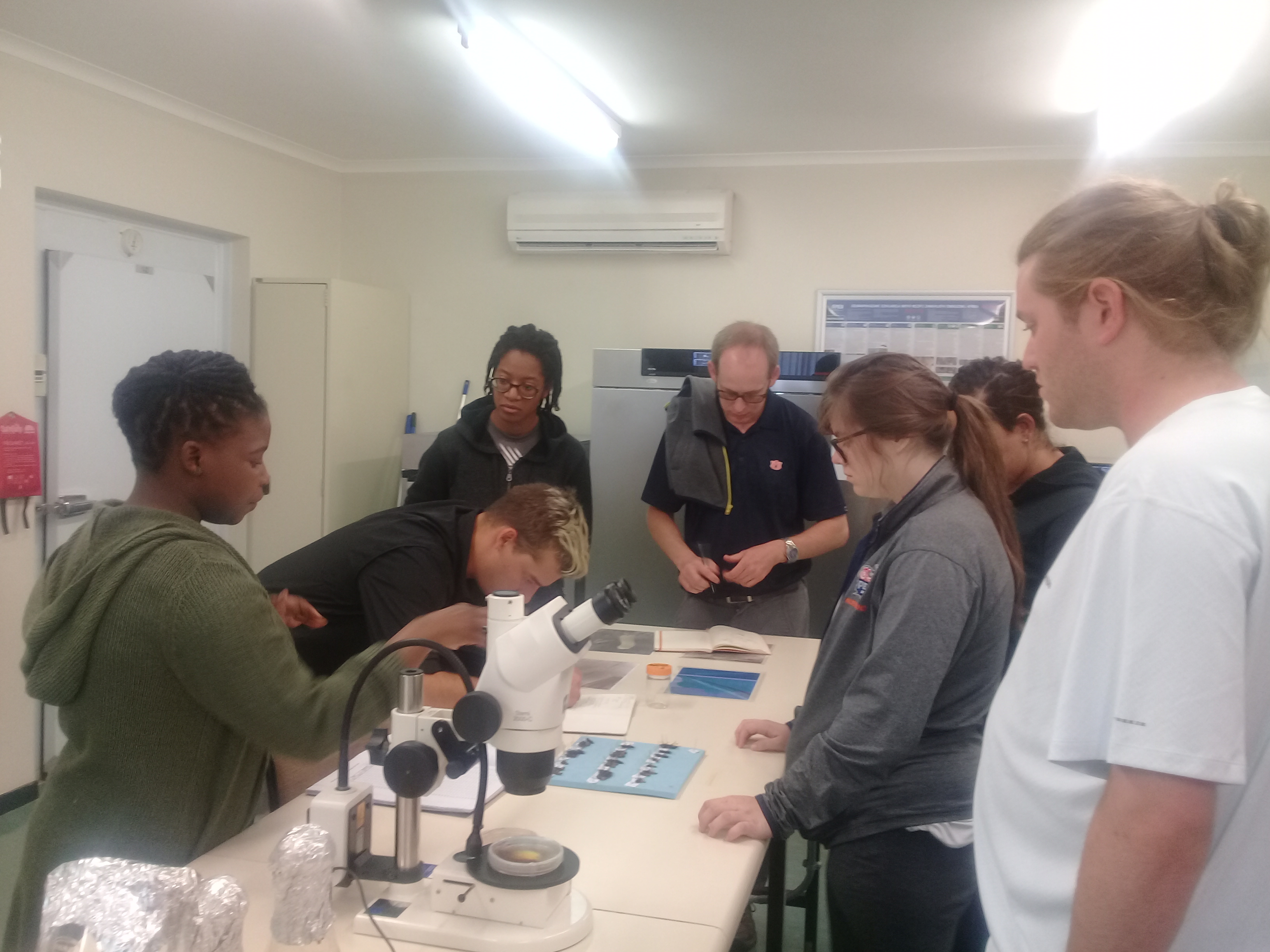 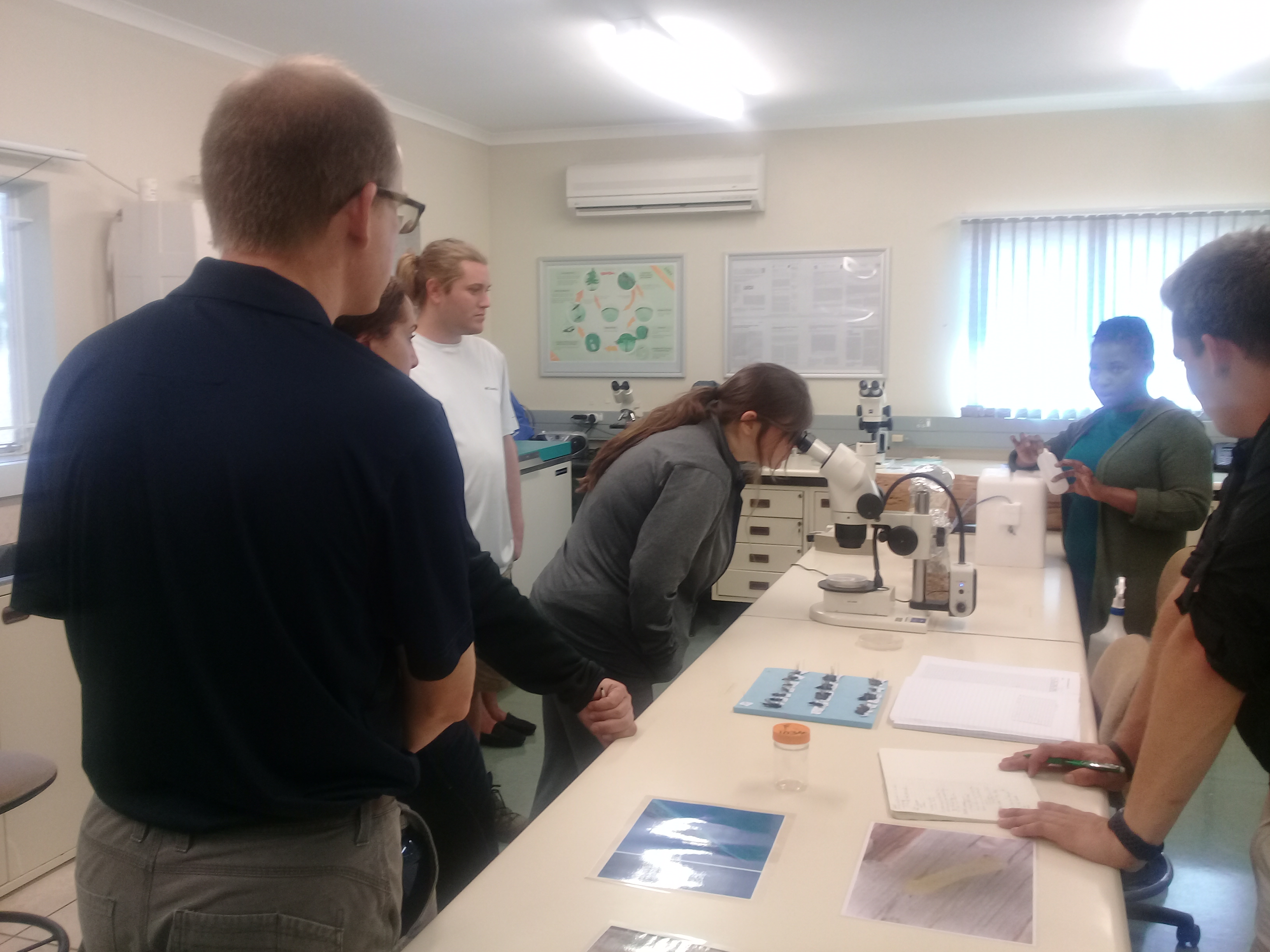 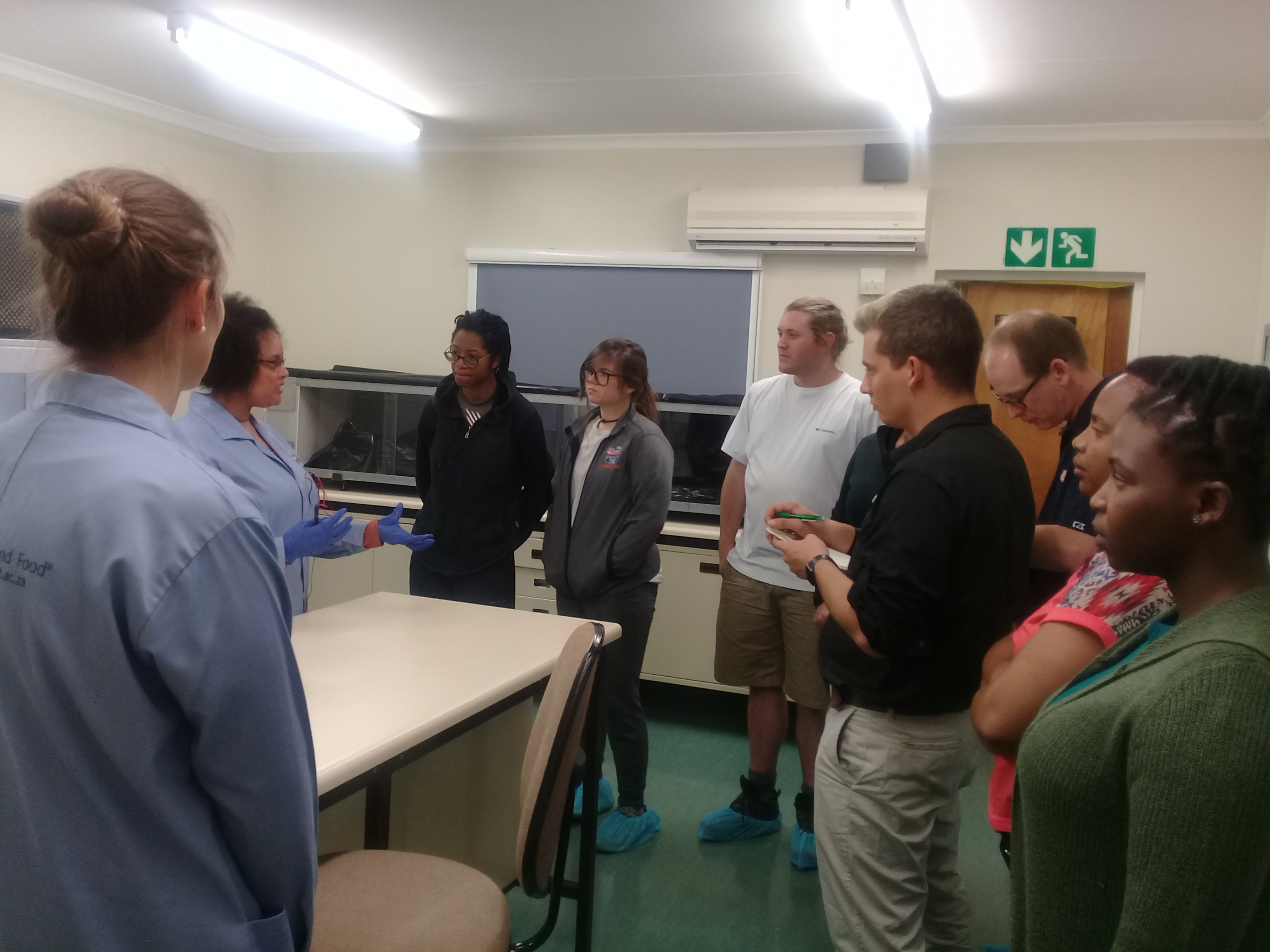 Old FABIan and Assistant Research Professor at Auburn University, Prof. Ryan Nadel, made a turn at FABI on 17 August before heading back to the United States following a tour of southern Africa with a group of his students. Ryan reunited with friends and colleagues at the Institute where he completed his PhD in 2010. The group, which included disease ecologist specialist Prof. Sarah Zohdy as well as undergraduate students Bobby Kessinger, Kayla Krigger, Abby Morgan and Alec Vasha, visited some of the facilities at FABI and the University of Pretoria’s experimental farm.

Ryan said the visit formed part of the group’s study on the intersection of forest health and human livelihood. The group had spent a week in Madagascar, where they observed how communities harvest commercial and indigenous trees in a sustainable manner that maintained the health of forests. He said he had enjoyed reconnecting with old friends and colleagues and exposing his students to some of the research done at FABI and different aspects of tree health.