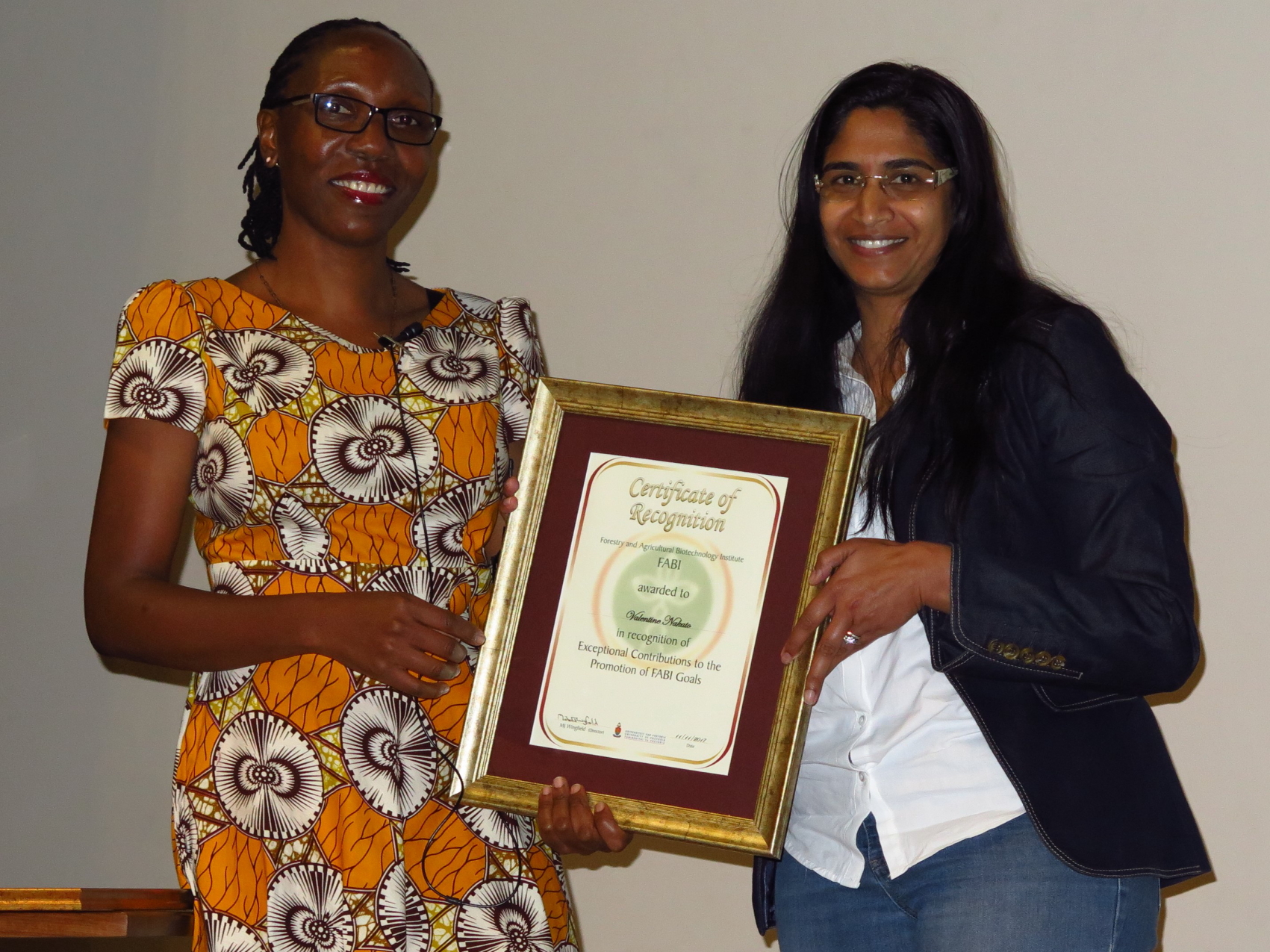 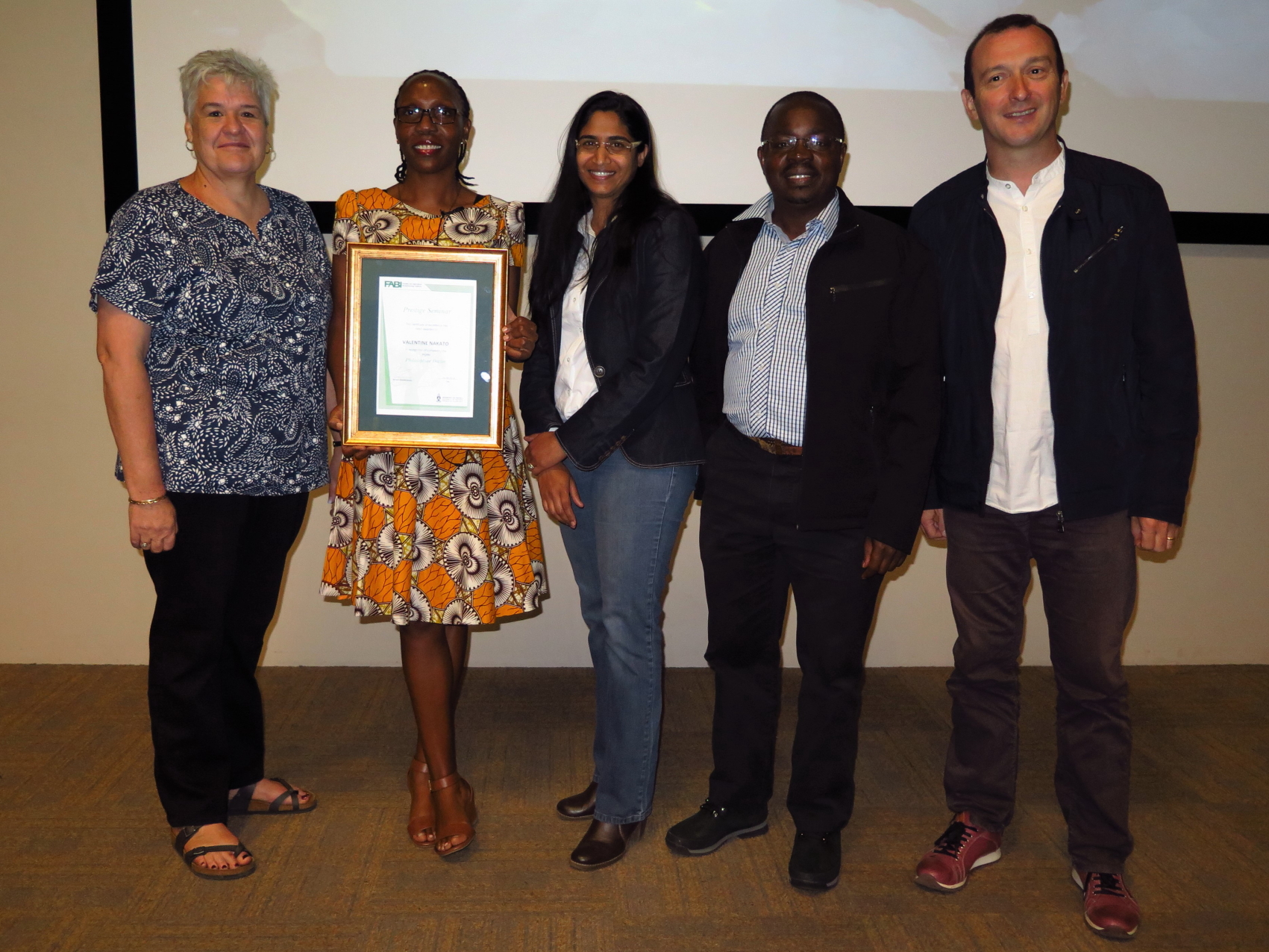 Valentine Nakato presented her prestige seminar at the Plant Sciences Complex auditorium on 24 August, becoming the ninth PhD candidate at FABI in 2018 to reach this milestone. Professor Sanushka Naidoo presented her with two certificates – one marking the occasion and the other a FABI award for the Best Student Publication of 2017 – on behalf of Prof Bernard Slippers. Her PhD thesis was titled “Xanthomonas campestris pv. musacearum: Population diversity and the identification of potential sources of resistance from accessions representing the Musa diversity worldwide”.

Valentine completed her study under the supervision of Professor Teresa Coutinho, Dr George Mahuku of the International Institute of Tropical Agriculture (IITA) in Tanzania and Dr Emmanuel Wicker of the French Agricultural Research Centre for International Development (CIRAD). Her external examiners were Prof Altus Viljoen of the University of Stellenbosch, Dr Kirk Broders of Colorado State University and Dr Jeffrey Jones of the University of Florida.

Xanthomonas campestris pv. musacearum (Xcm) causes Xanthomonas wilt in Musa spp.(banana) and Ensete ventricosum (enset), plants that support subsistence farmers and industry in east Africa. Xcm was first reported in Ethiopia on enset in 1968 and subsequently on banana in 1974 and has spread to east African countries such as the Democratic Republic of Congo, Rwanda and Uganda. The disease causes yellowing of leaves, rotting of the male buds and the premature ripening of fruits. When cut, exudate oozes out of the stems and because subsistence farmers are likely to share tools, this contributes to the spread of the pathogen.

In her study, Valentine sought to understand the structure of Xcm populations and to identify potential sources of resistance to Xcm. She observed more than two sublineages of Xcm (previously thought to be two) as well as high genotypic richness and evenness in Ethiopian populations. She also found high genetic diversity and high allelic richness in Ethiopian populations, which may indicate that this country us its centre of origin. Valentine also confirmed the resistance of M. balbisiana to Xcm.