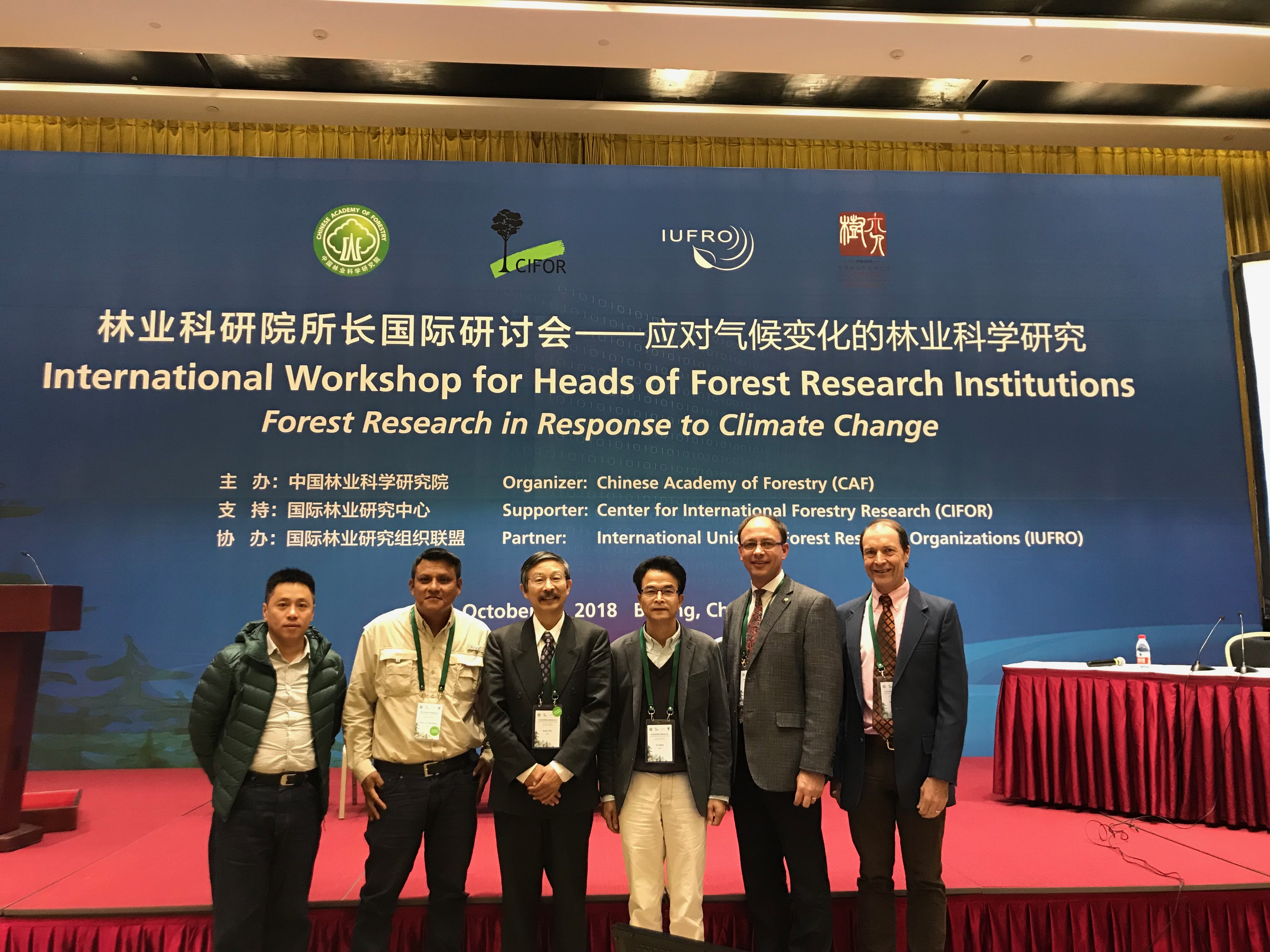 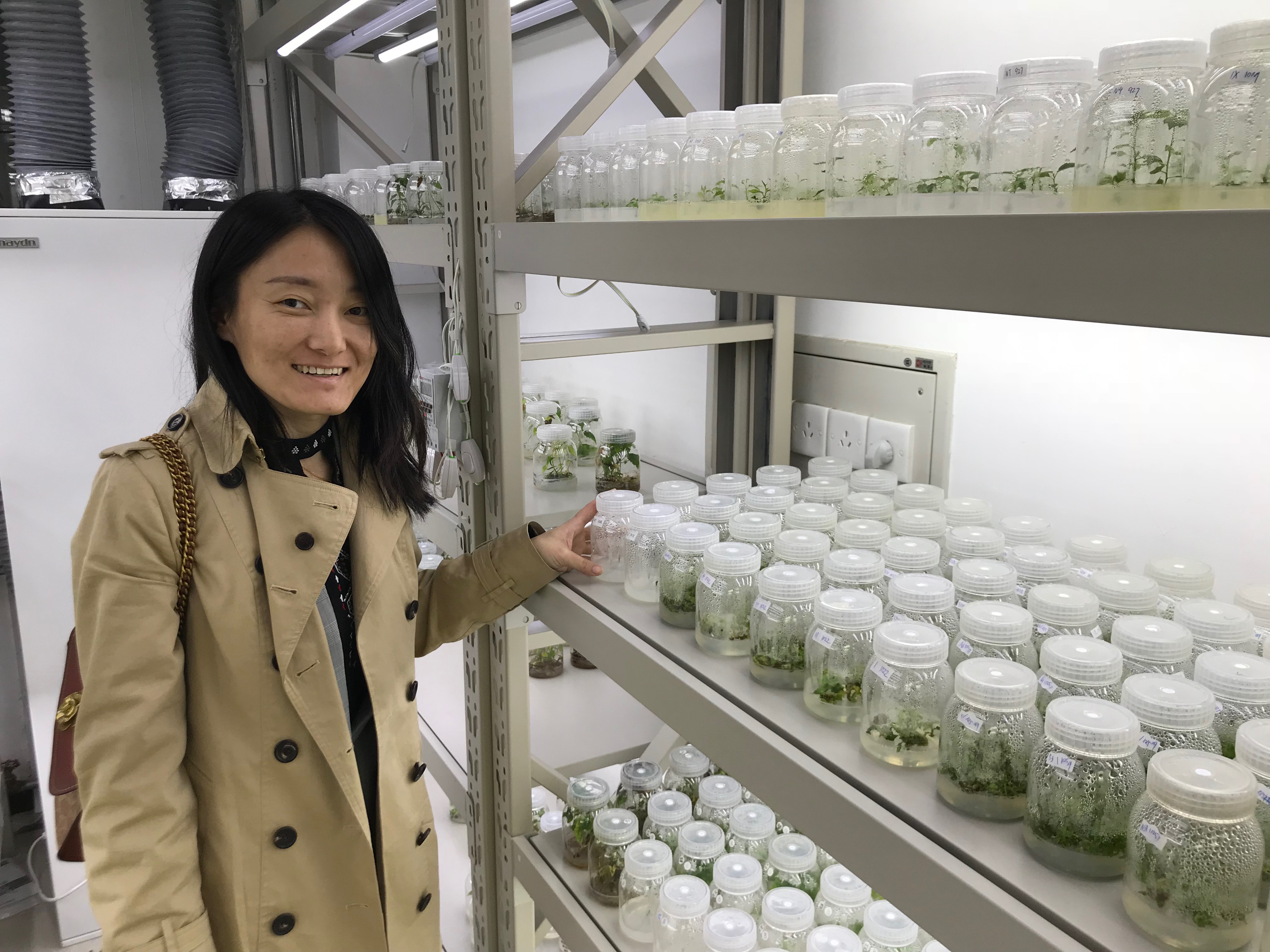 The celebrations started with a Workshop for Heads of Forestry Research Institutions on 'Forest Research in Response to Climate Change'. Professor Slippers presented a talk entitled ‘Forest health protection requires a global strategy: the CERC-FABI/CAF bridge as a successful example’. In his talk, he highlighted the increasing threat that invasive pests and pathogens pose to tree health around the world. The scale of the problem, as well as its global interconnectedness, requires stronger global collaborative networks to share expertise and devise solutions.

He highlighted the relationship between FABI and the China Eucalypt Research Centre (CERC), which is a centre of the Chinese Academy of Forestry, as a good example of how such a global network can develop, and the impact it can make.

He highlighted three elements of this partnership that contributed to its success:

1. It started small when a PhD student, Xudong Zhou (now Head of R&D at FuturaGene) joined FABI in 1999. There has since been a focus on developing quality relationships, which included numerous personal exchanged to both China and South Africa, and including FABI, the Chinese Embassy in South Africa and CAF in China. Professor Mike Wingfield was awarded 'Friendship Award’ by the Chinese Government in 2017 in recognition for this effort. He was also awarded an ‘International Cooperation Award’ during the CAF 60th anniversary celebrations. This relationship continues and is further developed by Prof. Yaojian Xie (Director of CERC) and Prof. ShuaiFei Chen (Leader of the Tree Health research team at CERC), and Prof. Slippers, Prof Wingfield. and various others of the team at FABI.

2. There is a focus on quality and delivery of outputs. Over the years one MSc, four PhDs and seven Postdocs have been concluded, and four more PhDs are in progress. More than 130 articles have been published through this interaction in quality peer-reviewed journals.

3. As the relationship matured, structures have been developed and agreements signed to formalise the relationship and build capacity. These included the establishment of a CERC-FABI Tree Protection Programme. Most recently, this relationship has formed the foundation of a MOU between the Governments of South Africa and China to establish a Joint Research Centre in Forestry.

Professor Slippers also had an opportunity to visit the world-class facilities of the  State Key Laboratory of Tree Genetics and Breeding (TGB) of CAF in Beijing. Here he met with the Director of TGB, Prof Qingyin Zeng and several of the researchers. There is clear overlap in the research focus areas between TGB and FABI and this will be explored to further enhance collaboration between CAF and FABI.

Professor Slippers was accompanied throughout his visit by Prof. ShuaiFei Chen. Professor Chen leads an exciting young team at CERC focusing on tree health research, and is driving new proposals for the development of research within the framework of the Joint Research Centre in Forestry. He will soon visit FABI with his China-based students and also engage with the Chinese students based in FABI and his many other friends here.

Today there is a very strong foundation, capacity and a demonstration of excellence that has been developed in the partnership between the CAF and FABI. We look forward to continued friendship and collaboration, and excellence in science to help develop a global response to tree health management.