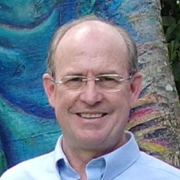 The University of Pretoria (UP) has appointed FABI founding-Director Prof Mike Wingfield as Advisor to the Executive, reporting to Vice-Principal for Institutional Planning Prof Anton Ströh. This comes a year after his retirement from the Directorship of FABI and being replaced by Prof Bernard Slippers. Prof Wingfield’s new role is effective 1 January 2019.

Prof Wingfield joined the University in 1998 to establish the Forestry and Agricultural Biotechnology Institute (FABI) and served as the founding-Director of the Institute for its first 20 years. Subsequent to its establishment, FABI has become one of UP’s top-performing research entities, now having a substantial national and international profile. During this time, Prof Wingfield has retained an A1 NRF rating, has been recognised as one of a small number of most highly cited scientists globally, and has received many international awards including honorary doctorates from the University of British Colombia in Canada and North Carolina State University in the USA. He is currently serving a five-year term as President of the International Union of Forestry Research Organizations (IUFRO), the oldest international scientific organisation in the world, based in Vienna and representing more than 15 000 forest scientists globally.

In his new role, Prof Wingfield will assist UP’s Executive Team in defining strategic opportunities and promoting new initiatives including Future Africa and the development of a future “Research and Innovation Park” for the University.  In this regard, he will access his local and global networks to promote a culture of research excellence at UP and seek to attain UP’s 2025 strategic objectives.  He will also seek to maintain his research programme as well as his national and international scientific responsibilities.