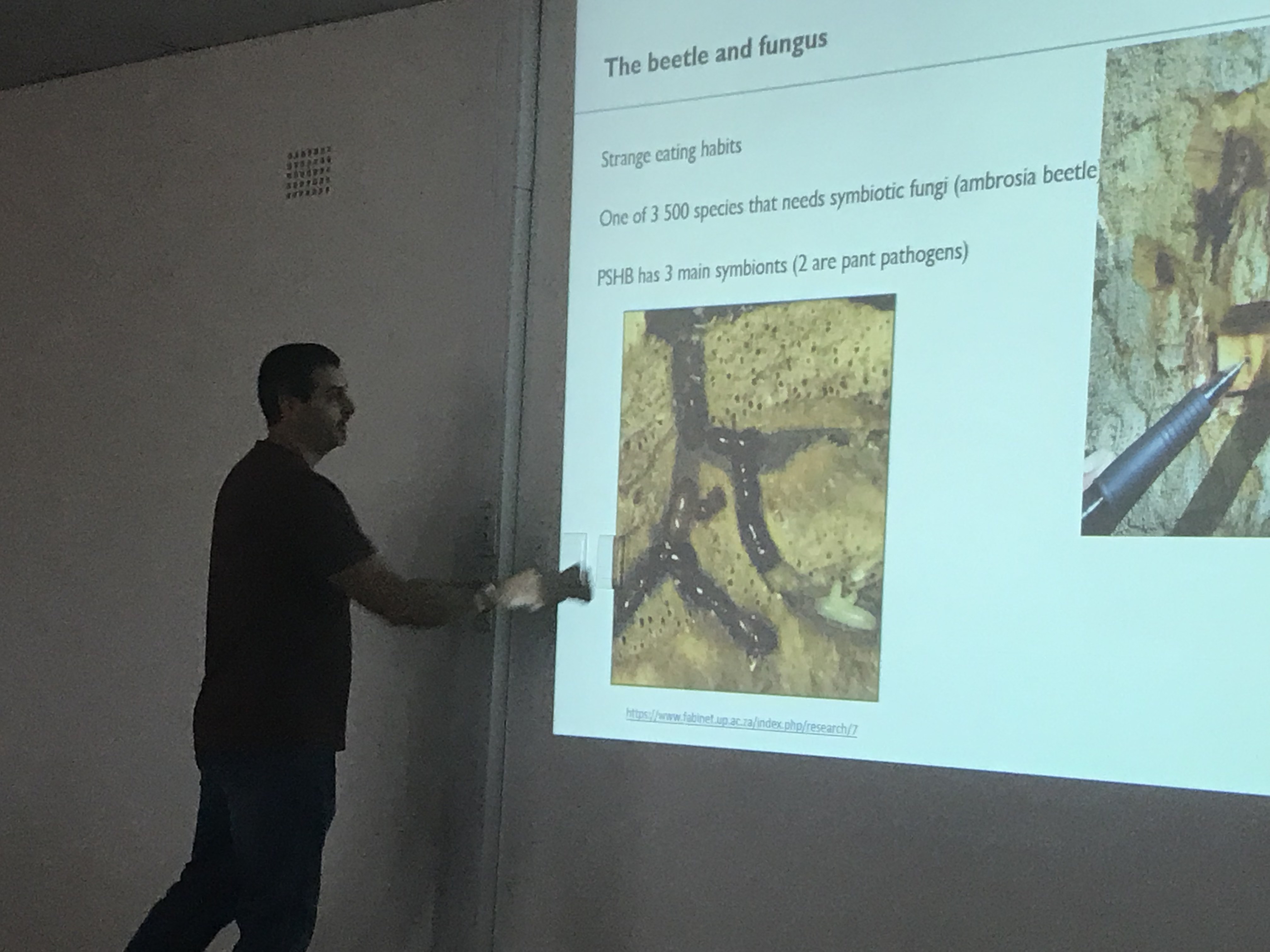 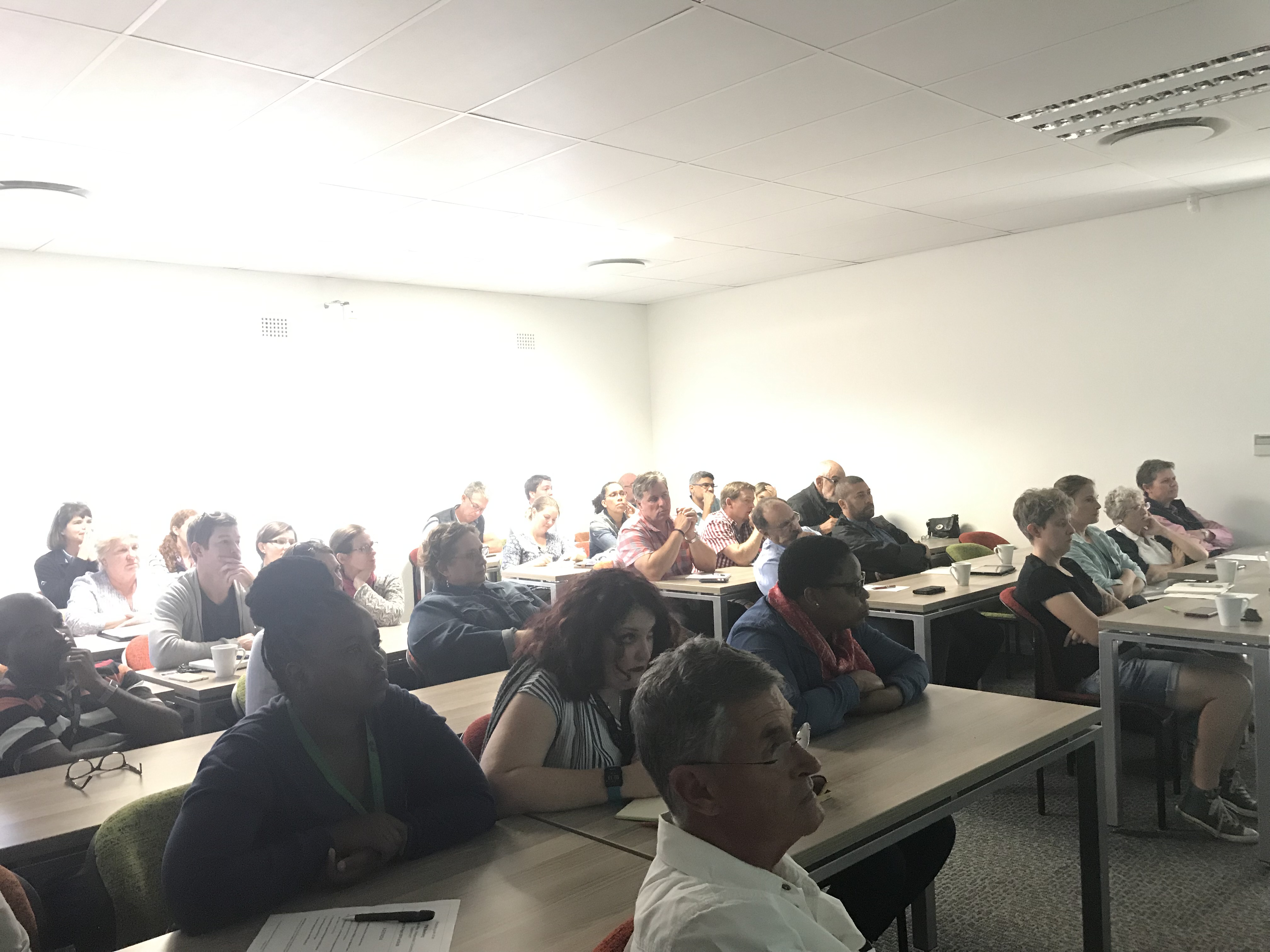 Profs Wilhelm de Beer from FABI, and Francois Roets from Stellenbosch University, leading members of the PSHB Research Network, participated in a number of meetings in the Cape Peninsula during the past week. After the recent detection of PSHB in Somerset West, Prof. de Beer was invited by the Cape Green Forum and SAGIC to present to a large audience representing various sectors at Kirstenbosch Botanical Garden. Attendees included representatives of various local, provincial and national government departments, as well as nurserymen, horticulturists, arborists, landscapers, etc. The morning ended in very productive breakaway sessions where each sector had to come up with possible actions to be taken to curb the impact of PSHB in the Peninsula.

Prof. de Beer then met with Drs Guy Preston and Christo Marais at the DEA offices in Cape Town to discuss the National Strategy on PSHB, and potential projects on the invasion that will be funded by DEA.

Prof. Roets presented at an Integrated Pest Management meeting to stakeholders of particularly the wine and fruit tree industries of the Western Cape, at the University's Experimental Farm. He informed them that pathogenicity trials with the Fusarium symbiont of PSHB is underway on various stone fruit cultivars, to determine how susceptible these trees are to the fungus.

Profs Roets and De Beer also visited the famous Vergelegen Estate in Somerset-West, known for its champion camphor trees and the oldest oak tree in South Africa, planted around 1700. The Estate is about 3 km from where PSHB was detected in Somerset-West a few weeks ago. Although PSHB is not present on Vergelegen yet, the management is seriously concerned about the impact that PSHB might have on their forest and trees. An agreement was reached that Vergelegen will fund a PhD student based as Stellenbosch to work on a dedicated project monitoring for the presence of the beetle all the way from the current outbreak to Vergelegen. In addition, several actions will be taken by the Estate to prepare for early detection of a PSHB invasion.

The PSHB research team also visited the outbreak area in Somerset-West and detected more infested trees about 1 km from the initial location. Staff from the City of Cape Town have already removed several infested reproductive host trees from private properties and streets in the area, and will continue to do so in the coming weeks.