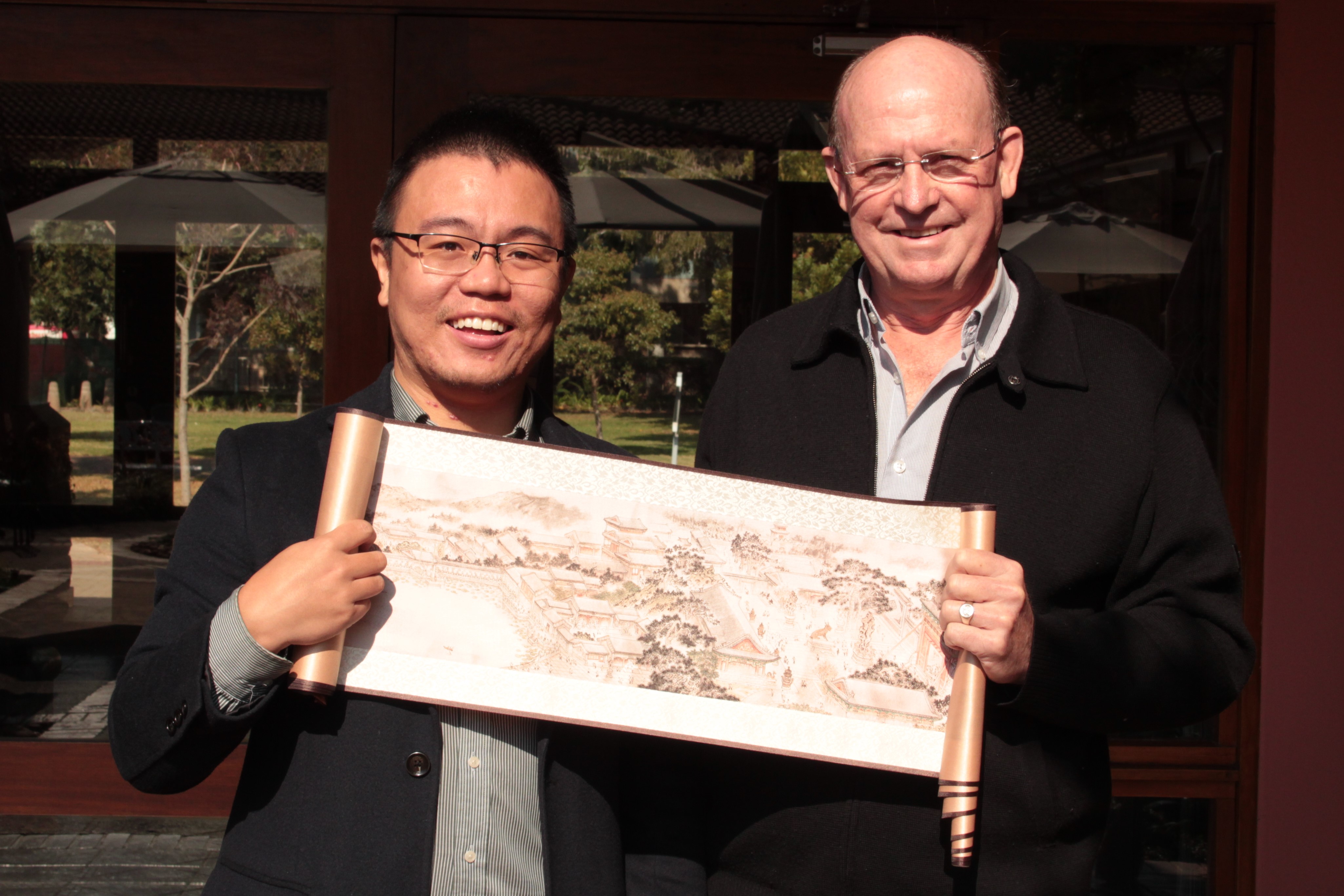 FABI founding Director and current IUFRO President, Professor Mike Wingfield was this past week interviewed by the China People’s Daily, China’s biggest newspaper group. The People’s Republic of China celebrates the 70thanniversary of its founding on 1 October and this interview is one of a series conducted with prominent foreigners with a close association to China. Mike was awarded the China Friendship Award in 2017. This is the highest award conferred on foreign experts who have made an outstanding contribution to the country’s social and economic progress. The video interview included questions relating to Mike’s experiences working with Chinese colleagues and how he had perceived changes in China since his first visit in 1990. Mike also discussed the collaboration that FABI has built with the Chinese Academy of Forestry in the field of tree health with many students exchanged and trained. Further the close relationship between China and IUFRO including the hosting of the IUFRO Regional Congress for Asia and Oceania in Beijing in 2016.

FABI has had a long and fruitful academic and research association with China leading to the establishment of the China Eucalypt Research Centre (CERC) / FABI Eucalyptus Pathology Programme (CFEPP). The overall objectives of that programme were to promote research and knowledge sharing concerning diseases of Eucalyptus. This was superseded by the The CERC-FABI Tree Protection Programme (CFTPP), established in 2014 that is a cooperative venture programme established between the China Eucalypt Research Centre (CERC) of the Chinese Academy of Forestry in China, and FABI. It was previously headed by Prof. XuDong Xu and more recently by Prof. Shuaifei Chen, both FABI alumni.