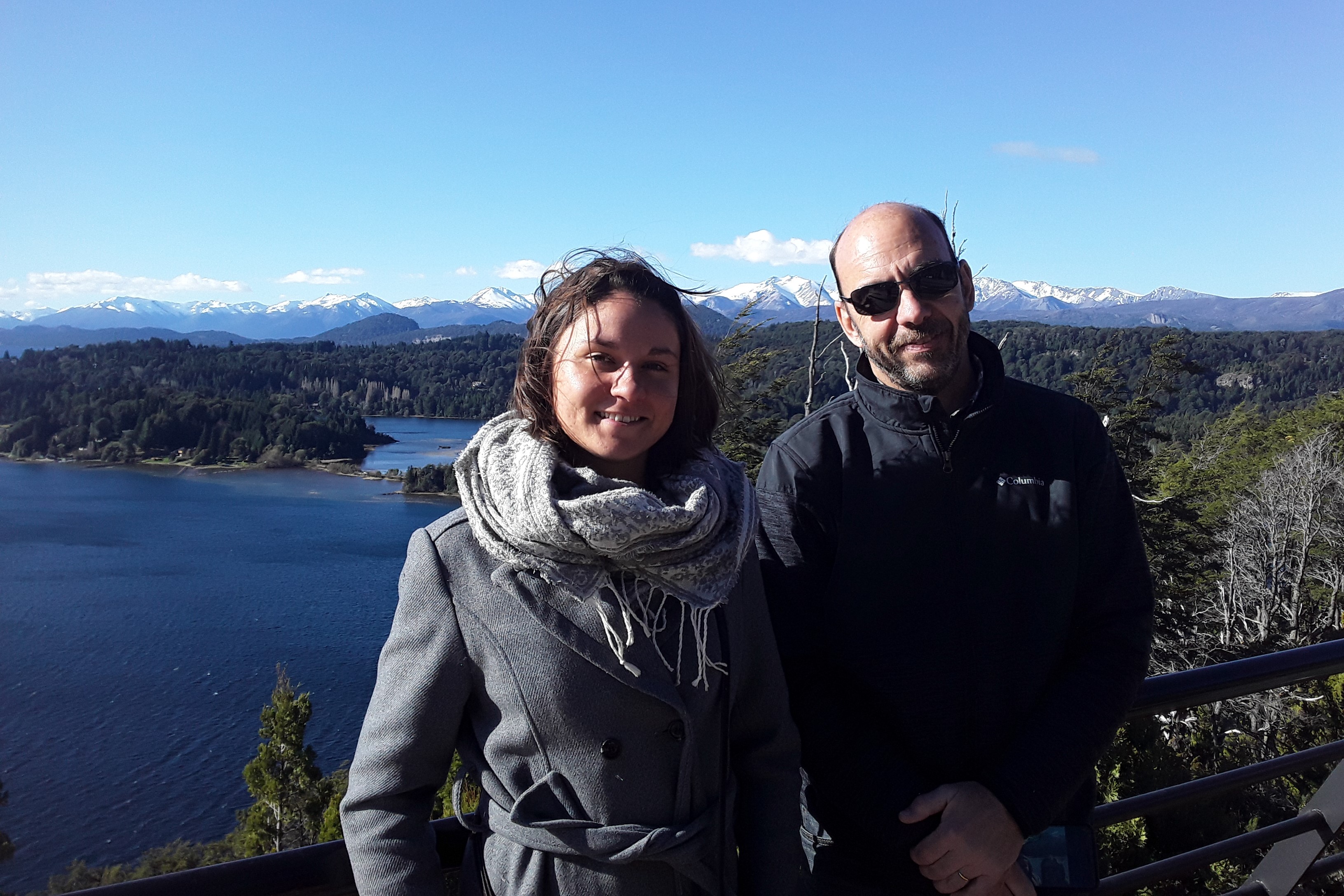 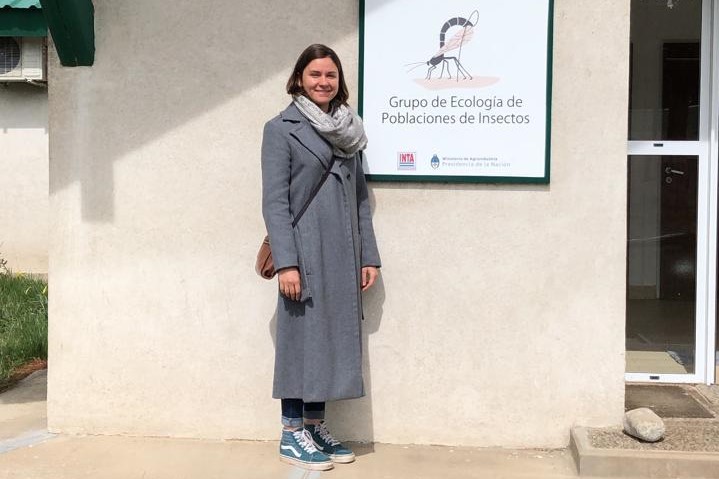 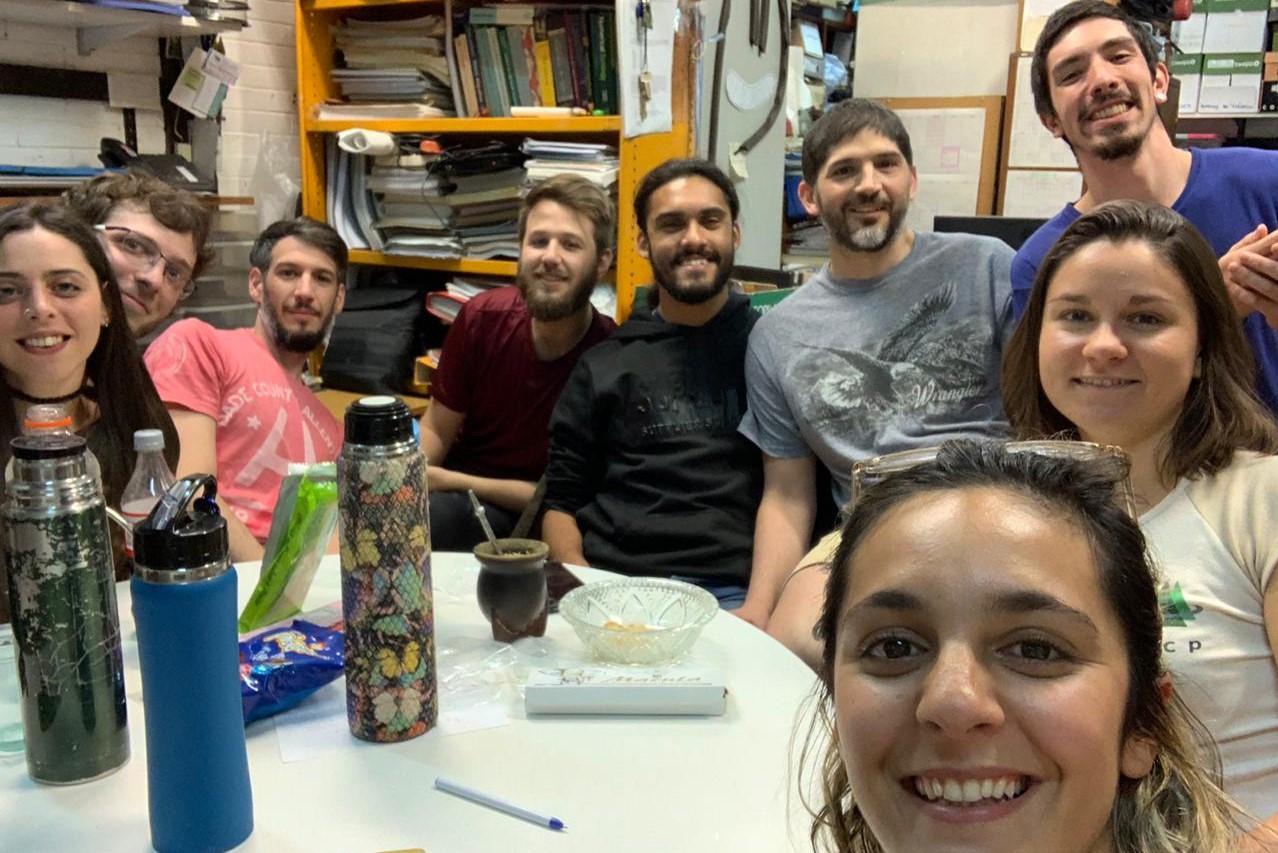 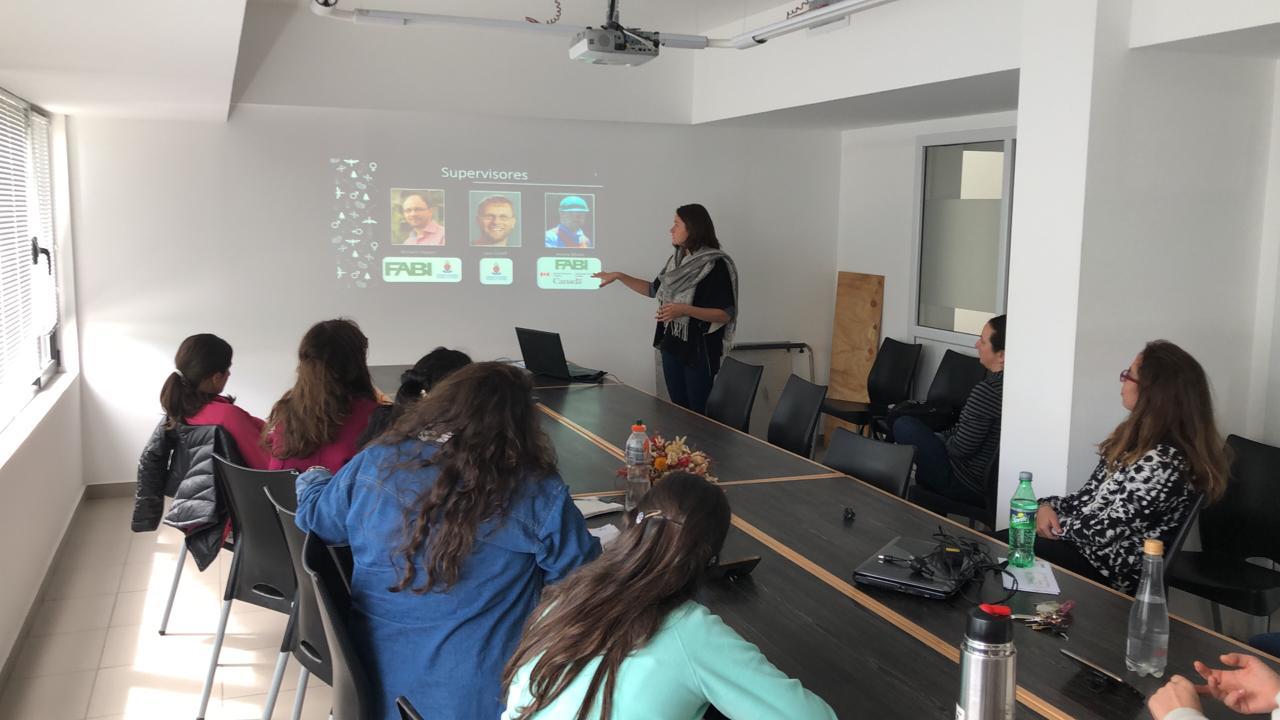 FABI PhD candidate Joséphine Queffelec recently visited two research labs in Argentina to talk about insect ecology and reinforce the collaboration between FABI and other entomology and forestry research labs.

On 7 October she visited the lab of Marcela Castelo and José Crespo from the Department of Ecology, Genetics and Evolution at the University of Buenos Aires. The team works on insect behaviour and insect ecology. Their focus is mainly on cockroaches and wobbler flies, a natural enemy of white grubs. They investigate behaviour involved in orientation and host detection and the effect of intra-specific competition on these behaviours.

From 8-12 October, she then visited the lab of Juan Corley in Bariloche. Juan and his team are involved in research on invasive forest insects in Argentina. Most of the work is focused on the European wood wasp Sirex noctilio and its two parasitoids, Megarhyssa nortoni and Ibalia leucospoides. The team also focuses on woodboring beetles and on two species of invasive social wasps, Vespula germanica and Vespula vulgaris. The aim of their research is to understand the processes behind the dynamics of populations of forest insects. These processes involve host choice and recognition and interspecific cooperation.

In Bariloche, Joséphine also participated in a tree planting exercise to restore a native Patagonian forest that was destroyed by fire. You can read more about the tree planting here.

During both her visits, Joséphine presented seminars about her PhD project in FABI. The presentation was an opportunity to reflect on her work and to also get insight from other researchers.