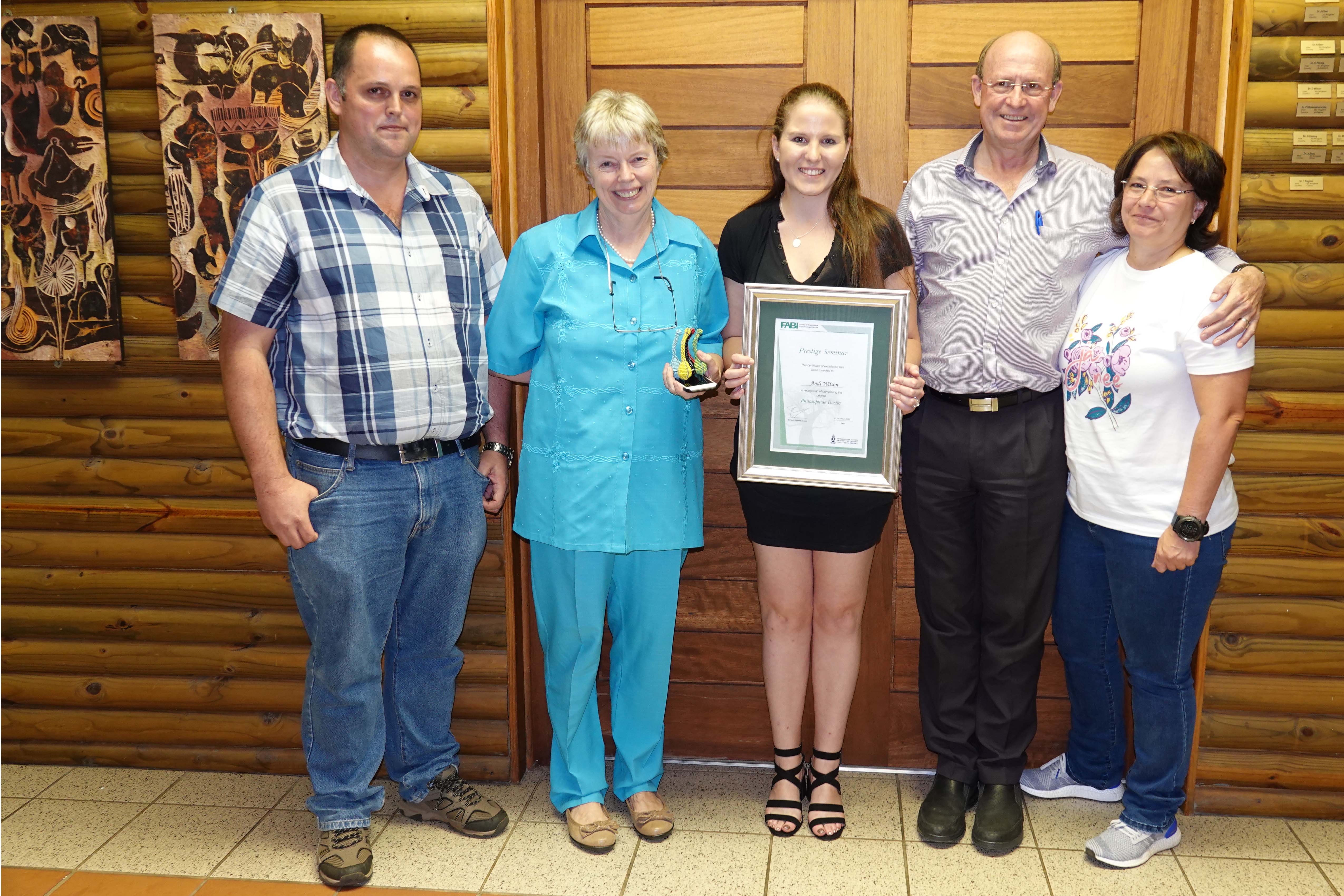 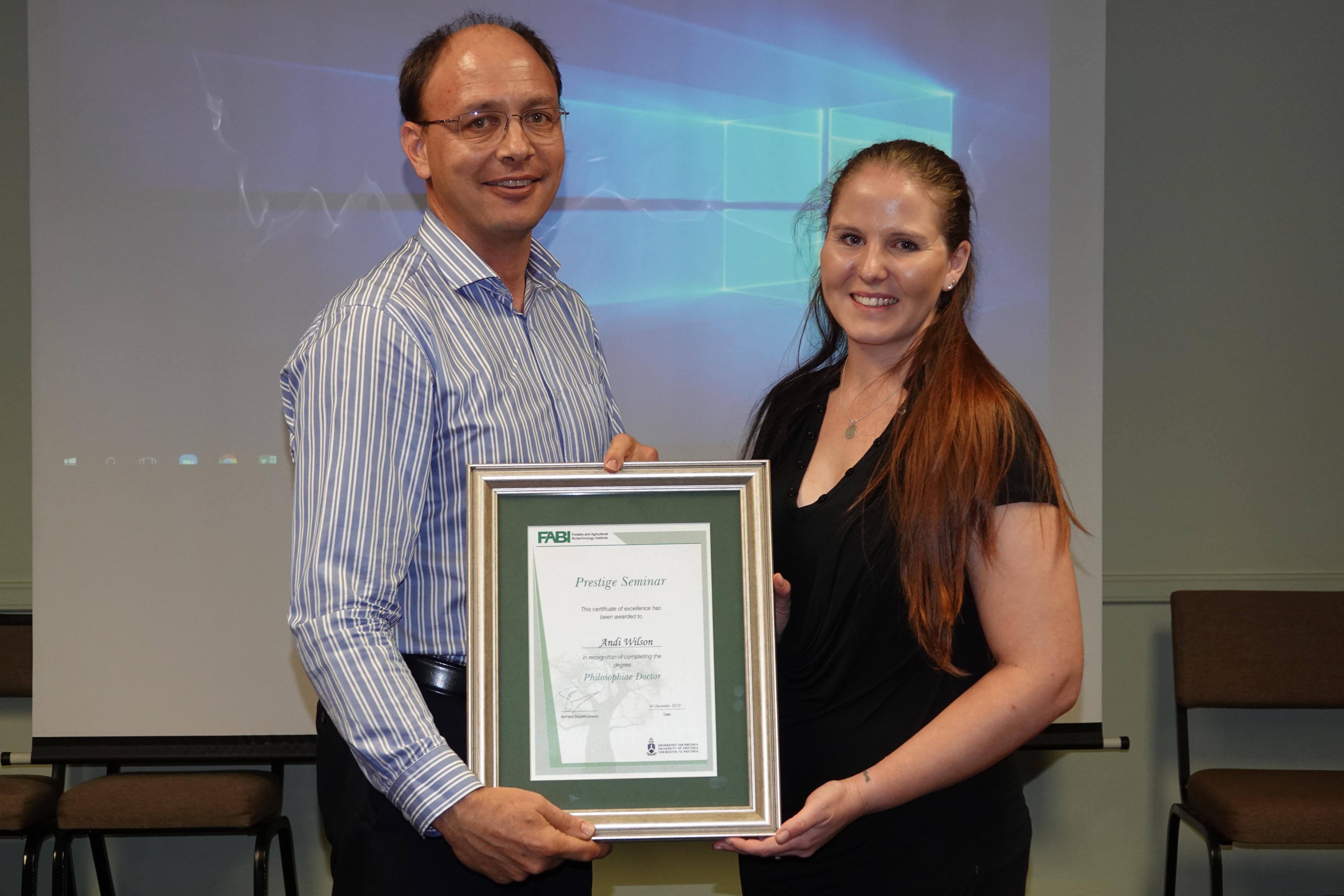 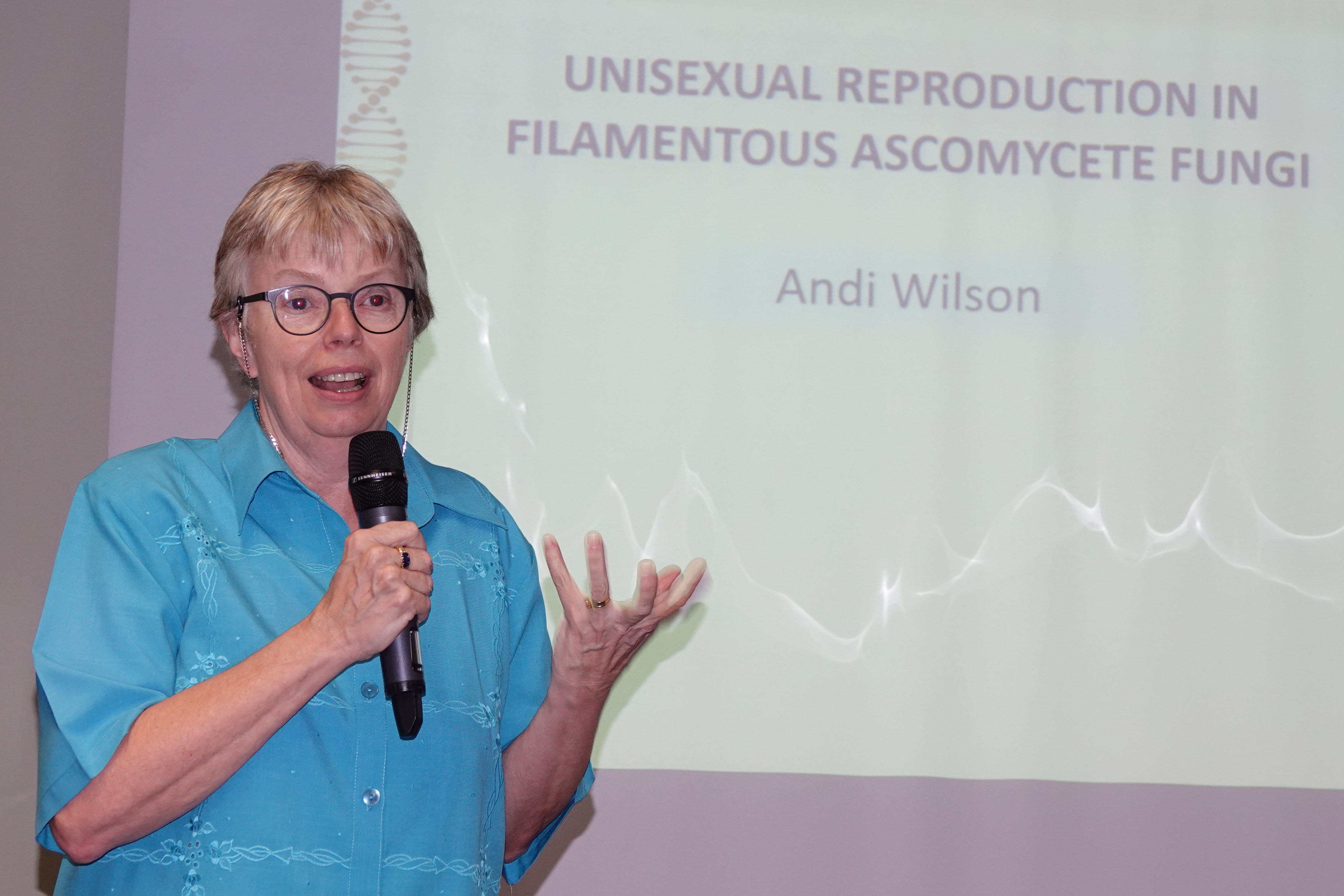 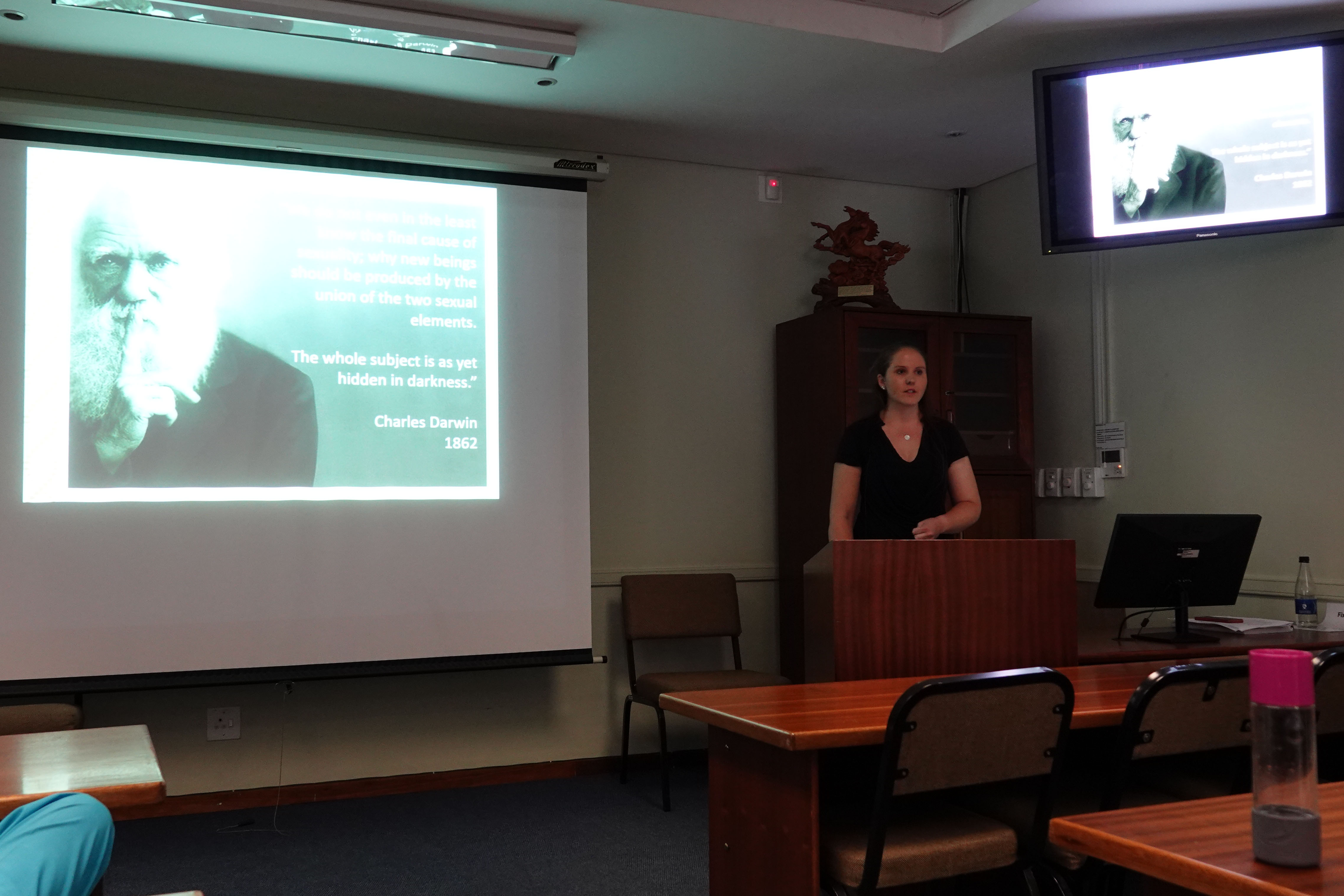 Andi Wilson has become the 15th FABIan to successfully complete their PhD, thereby closing off a remarkable year for the Institute. Andi presented her Prestige Seminar entitled “Unisexual reproduction in filamentous Ascomycete fungi” to a packed FABI auditorium after successfully defending her thesis during an examination earlier in the afternoon.Her project was done under the supervision of Prof. Brenda Wingfield, Prof. Mike Wingfield, Dr Magriet van der Nest and Dr Markus Wilken. Andi is also Markus’ first PhD student to complete their degree. FABI’s Prof. Irene Barnes was the internal examiner while the external examiners were Prof. Paul Taylor from the University of Melbourne in Australia and Dr Sheng Sun from the Duke University School of Medicine.

Andi has a nine-year association with FABI, having started as a mentorship student in the Institute. She has, to date, published nine papers and has won numerous prestigious awards including FABIan of the Year, L’Oréal For Women in Science Award and the South African Department of Science and Technology’s Women in Science Doctoral Fellowship Award. It also came as no surprise that her examiners were very complimentary about her thesis and the research that she has completed.

The major aim of Andi’s thesis was to further our understanding of a unique type of sexual reproduction in filamentous ascomycete fungi known as unisexuality. Although many of these fungi are capable of sexual reproduction, the exact mechanisms they use can differ from species to species. Those that require a compatible partner are termed heterothallic, while those that can sexually reproduce in isolation are termed homothallic. While unisexual species harbour genes typically associated with heterothallism, they are capable of independent sexual reproduction. Utilizing a variety of bioinformatic and molecular tools, she was able to show that unisexual reproduction is likely derived from heterothallism. Andi proposes that this transition is possible via a few small changes to the MAT genes and pheromone response pathway. In all three of the unisexual filamentous ascomycete fungi she investigated, mutations in the secondary MAT genes resulted in significant gene truncations or the deletion of functional domains, leading to non-functional proteins. Furthermore, these species also exhibited atypical pheromone response pathways. Given that similar changes are seen in the three unisexual species from unrelated genera, she suggests that the mechanism that enables unisexual reproduction is highly conserved. Using a CRISPR-Cas9-based genome editing system, Andi was able to take the first steps towards experimentally mimicking unisexual behaviour in a heterothallic species, by the truncation of a secondary MAT gene in Huntiella omanensis.