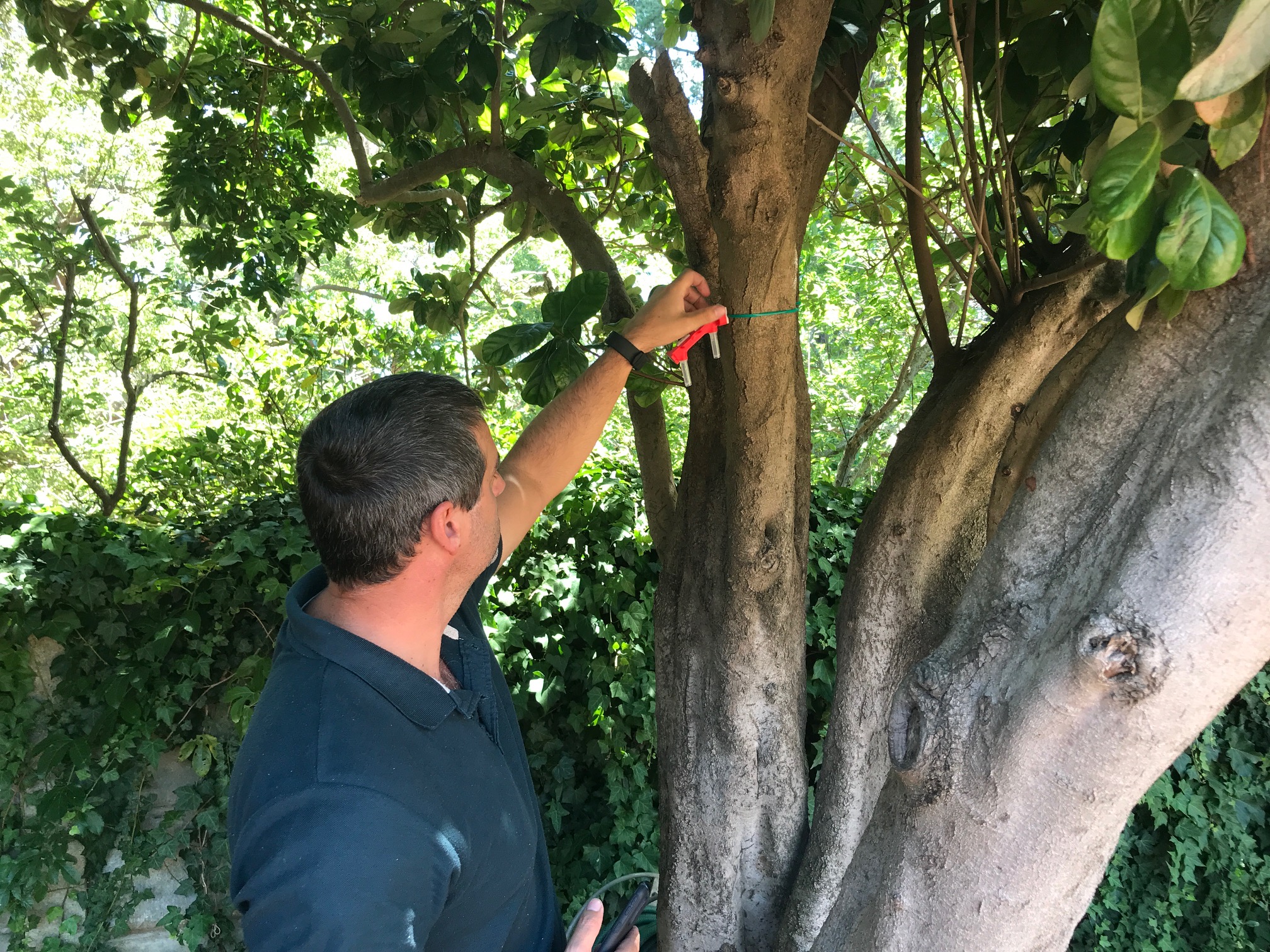 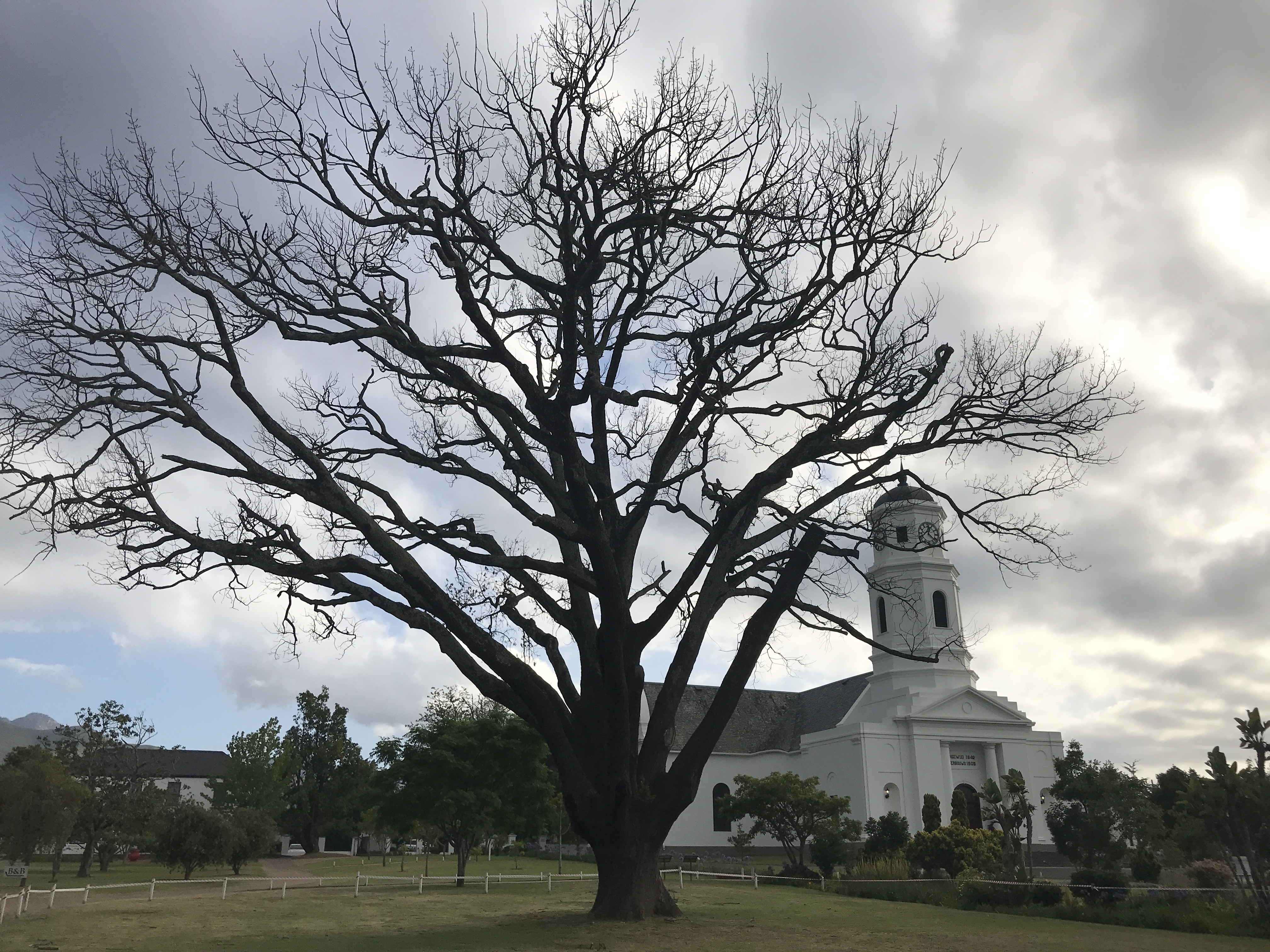 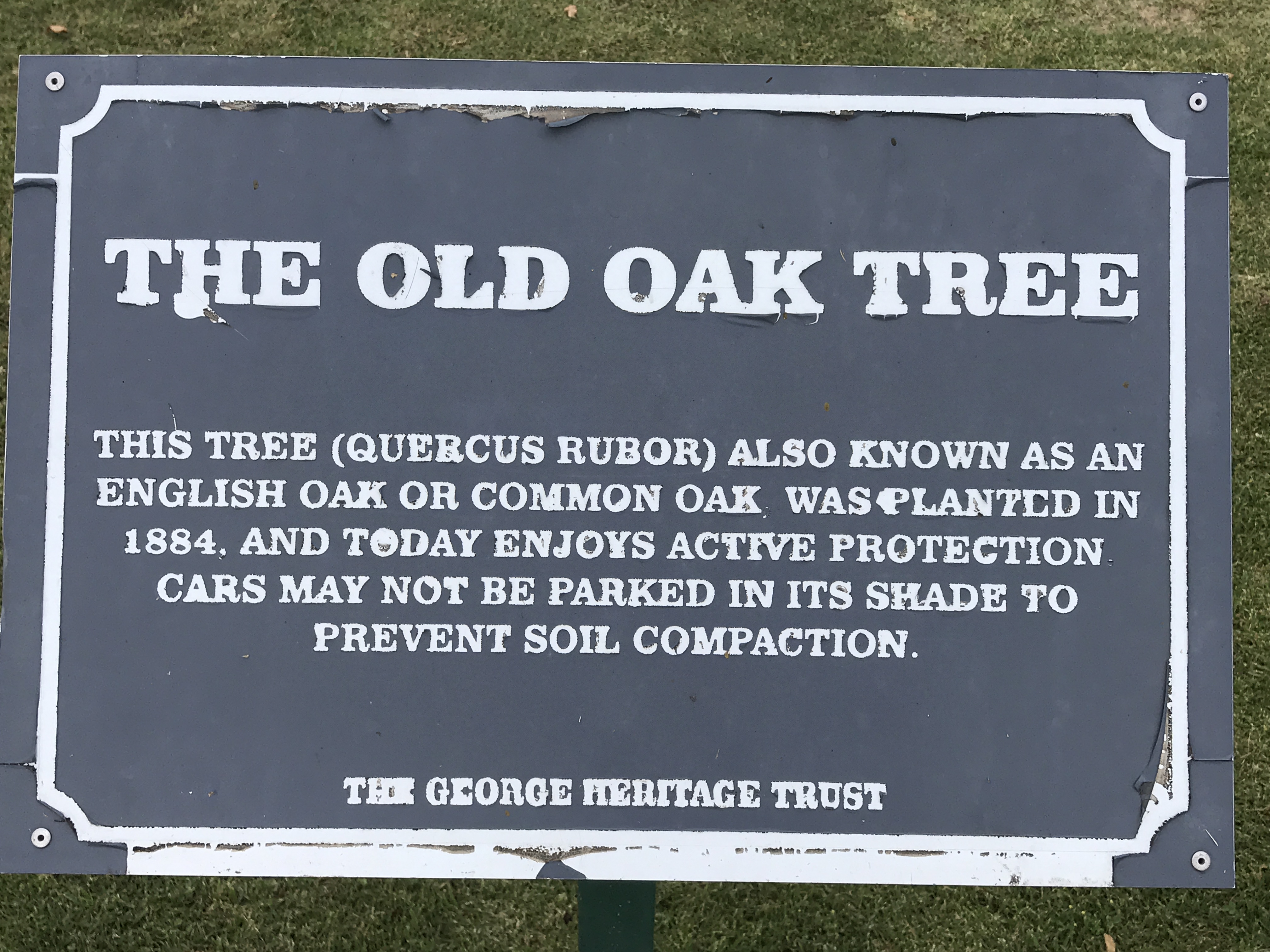 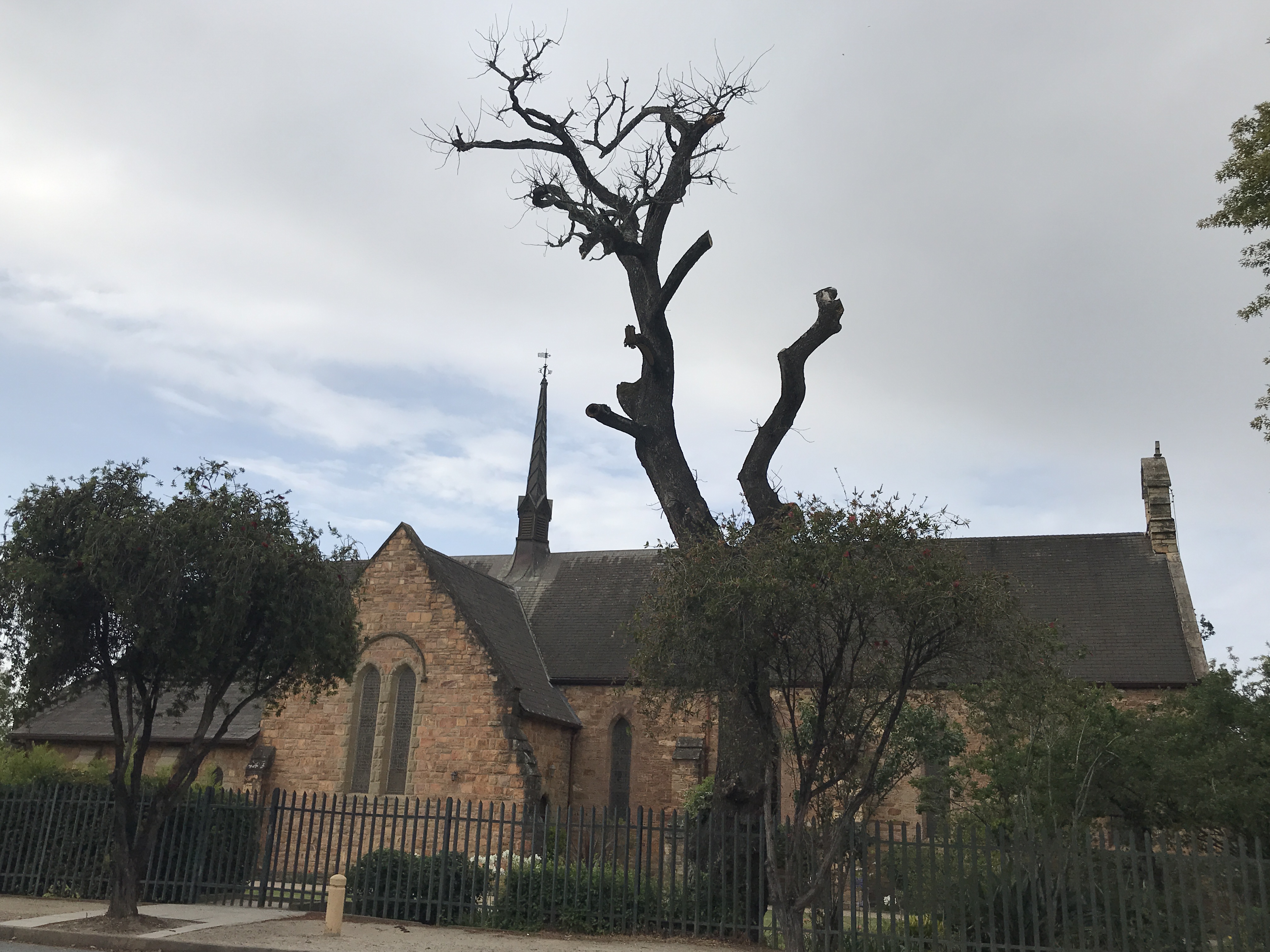 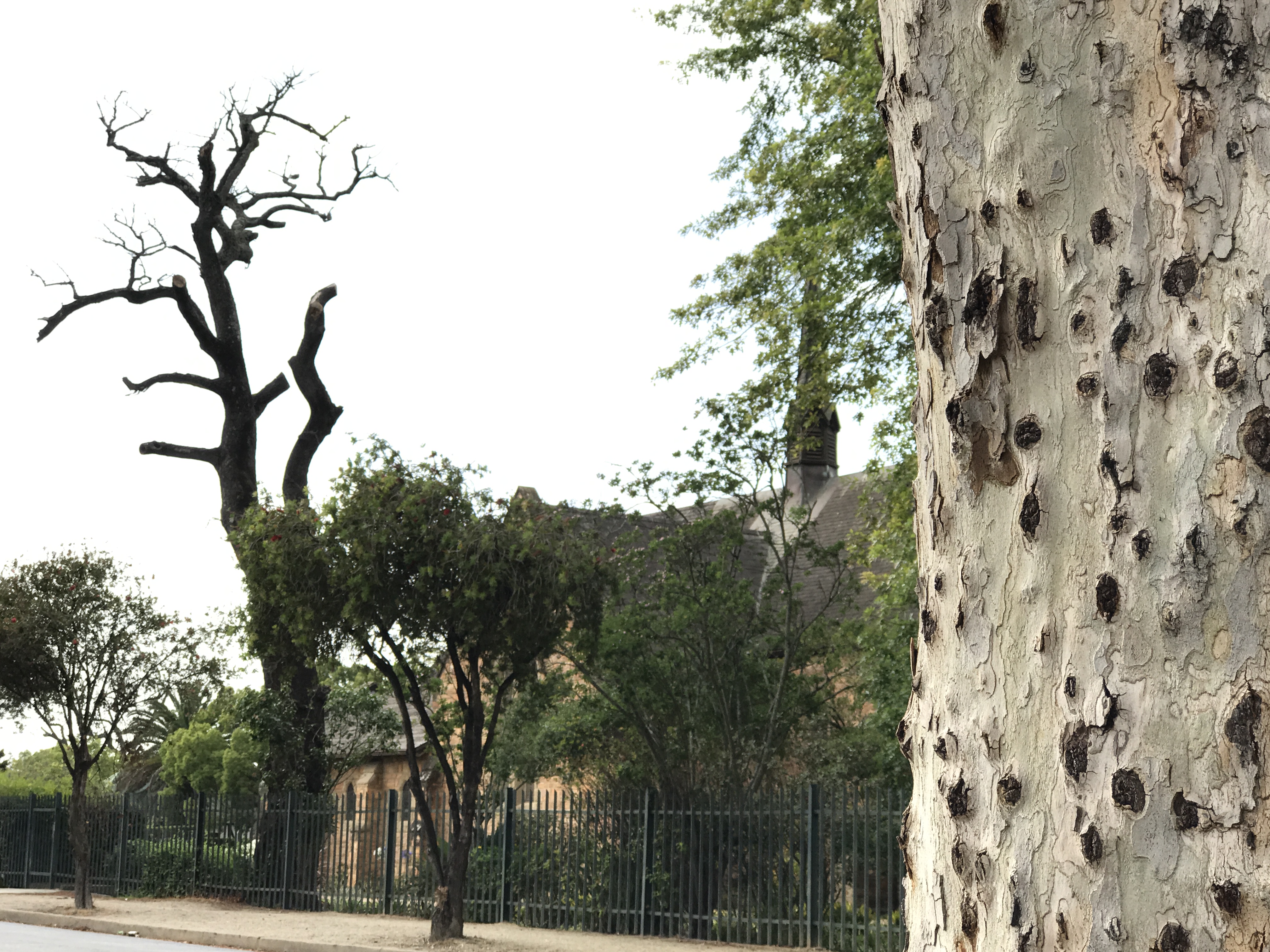 Prof. Francois Roets from Stellenbosch University, and Prof. Wilhelm de Beer of FABI, two leading members of the PSHB Research Network, visited the ongoing outbreak of the Polyphagous Shot Hole Borer (PSHB) in the Somerset-West area on Tuesday 21 January. Roets expressed his amazement at how many more beetle attacks there were on some of the indicator trees that they are monitoring since his previous visit to the area one month ago in December 2019. The outbreak area of beetle in the town of Somerset-West is also expanding, with more and more trees being affected. London plane, Boxelder and English oak seems to be the first tree species to be infested.

In December Prof. de Beer also visited the outbreak in the towns of George and Knysna. Here the beetle and its pathogenic fungus has killed the stately historical English oak tree that was planted in 1844 on the grounds of the NG Moederkerk. De Beer is currently advising the Church Council on how to best dispose of the dead tree to avoid further spread of the beetle, as it can continue to breed in the dead wood for many months. Many large oak trees in the surrounding streets are also dead or in the process of dying as a result of the deadly beetle-fungus attacks.

In the mean time members of the PSHB Research Network are monitoring the outbreak in several parts of the country, including the native forests of the Outeniqua-Tsitsikamma region as well as those surrounding Durban. However, research efforts are severely hampered by the fact that funding committed by government bodies already in 2018 has yet not materialized.