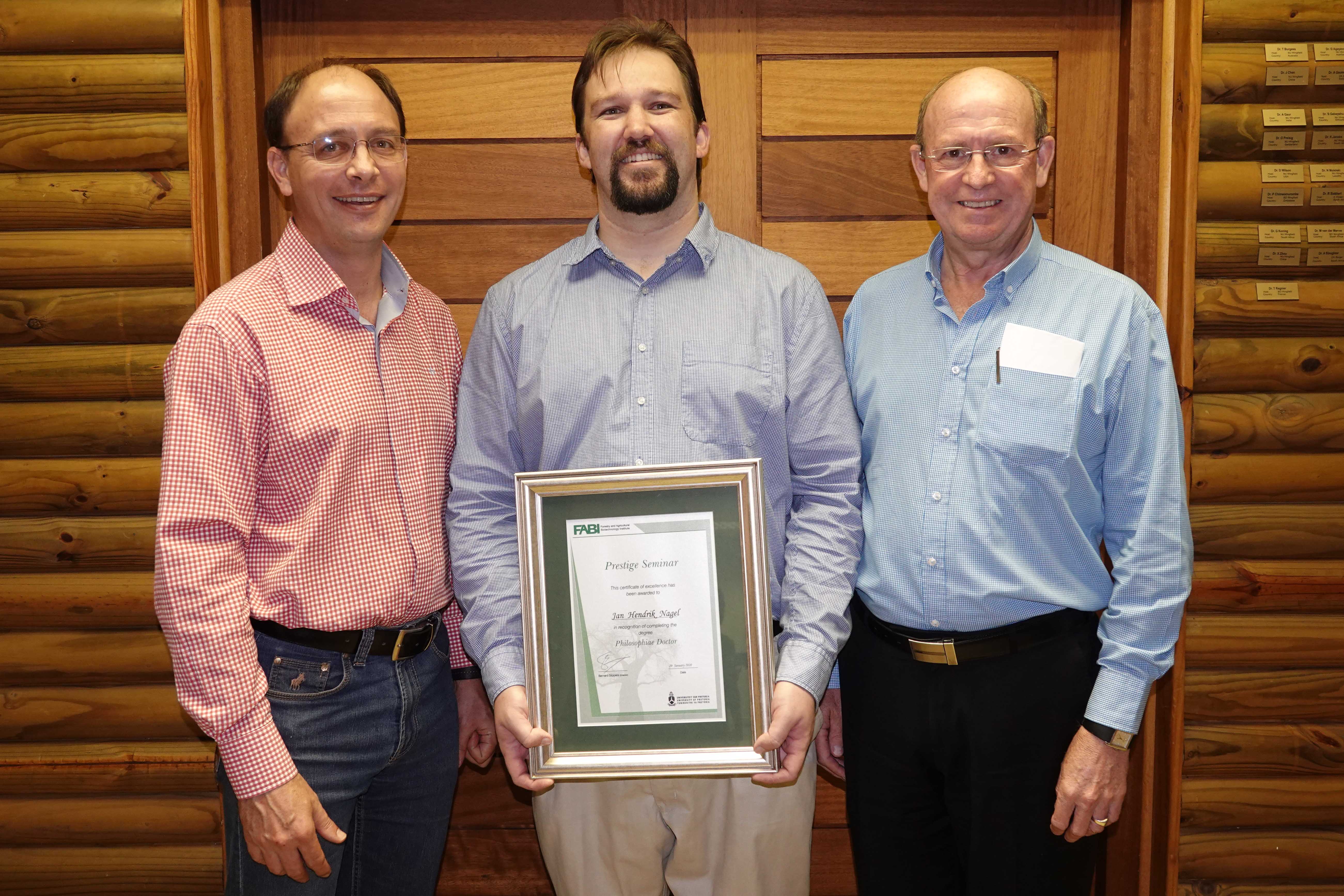 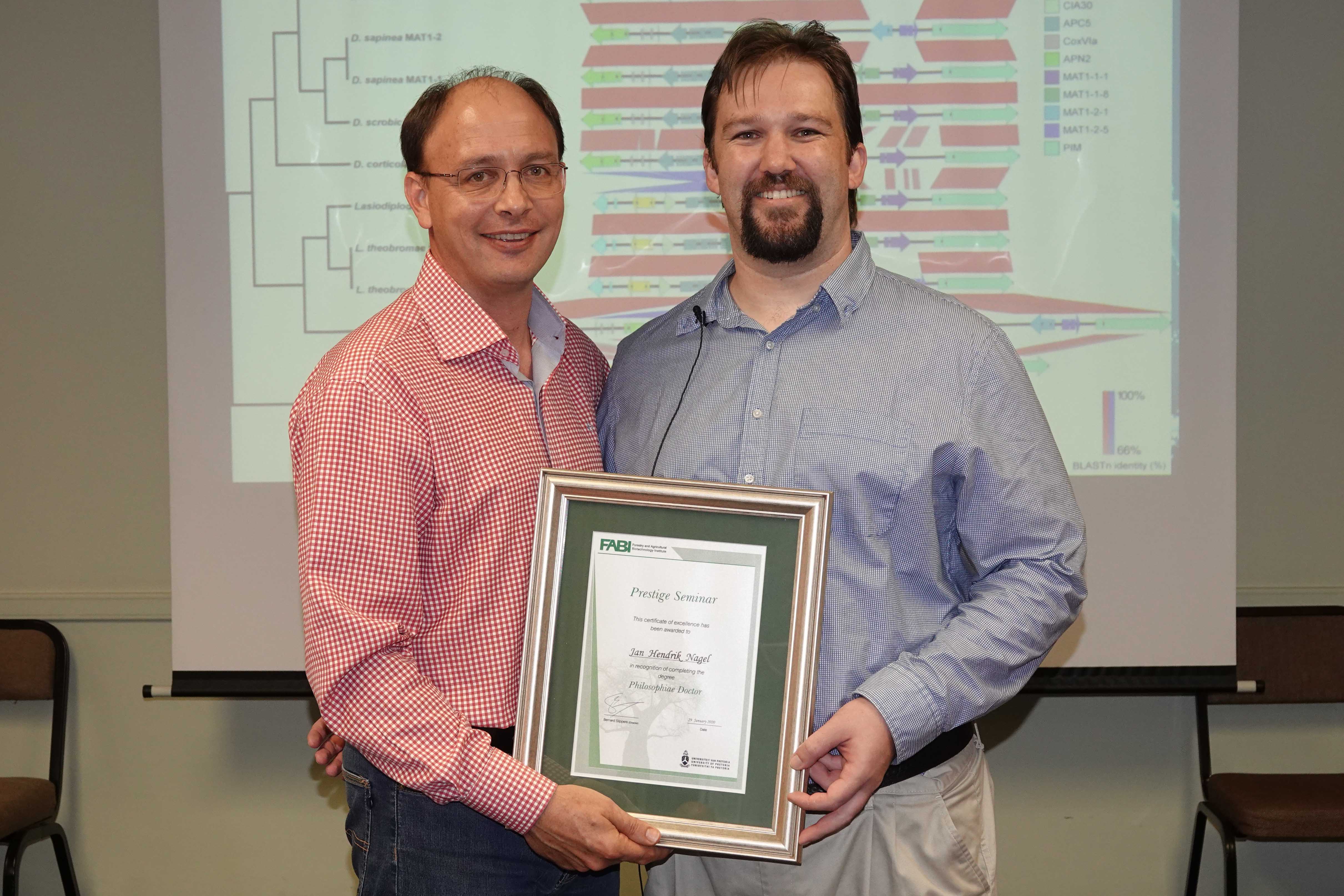 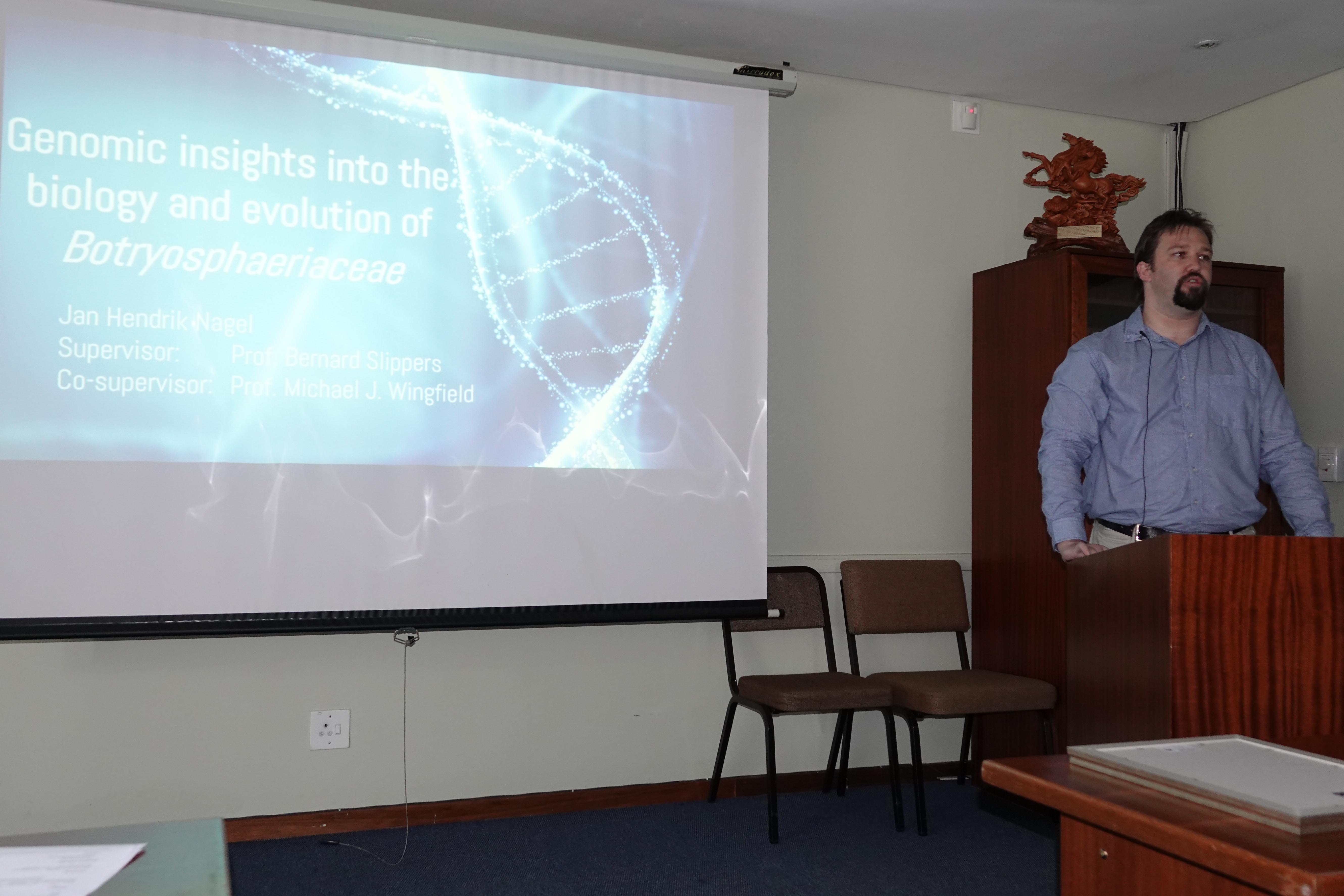 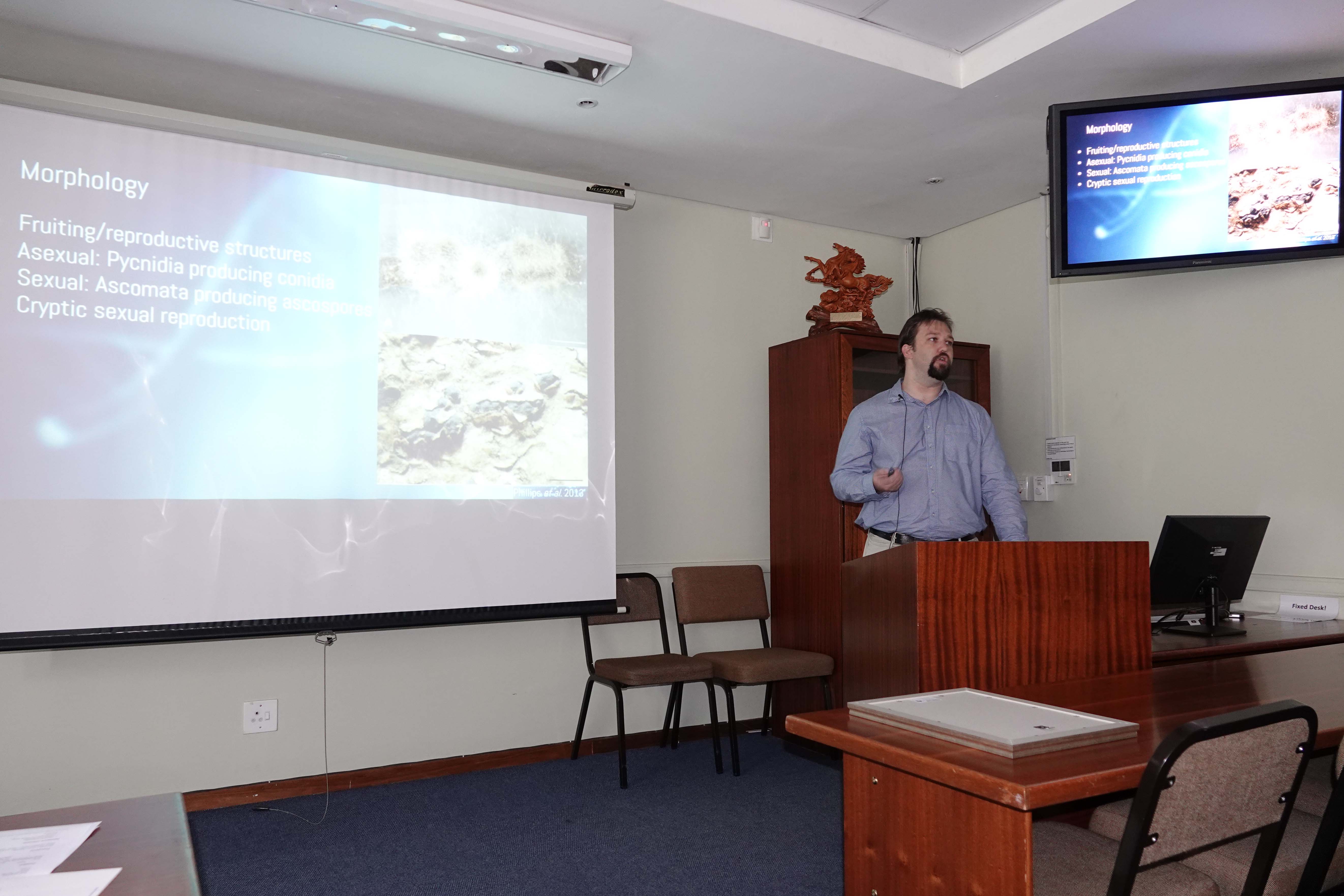 Congratulations to Jan Nagel on completing all the requirements for his PhD, becoming the second FABIan in as many days to achieve this milestone. Jan presented his Prestige Seminar, “Genomic insights into the biology and evolution of Botryosphaeriaceae” on 29 January and the following morning passed his oral thesis defence. His PhD project supervisors were Prof. Bernard Slippers and Prof. Mike Wingfield. The internal examiner for his thesis was Prof. Emma Steenkamp while the external examiners were Dr Nicola Luchi from the Italian National Research Council’s Institute for Sustainable Plant Protection and Dr Tod Ramsfield from Natural Resources Canada. Jan received very complimentary feedback from his three examiners, and agreement that they unreservedly accept his thesis for the purposes of awarding a PhD!

Jan has been an integral part of FABI having started his journey with the Institute as a mentorship student. Professor Irene Barnes said it was wonderful to have seen his growth as a young scientist and presenting a beautiful piece of work. Jan has also been a member of the audiovisual team at numerous TPCP symposia and the FABI 20 Symposium in January 2018.

The Botryosphaeriaceae is a large family of fungi including many plant pathogenic species that cause diseases of important commercial plant species including fruit trees, grapevines, eucalypts, pines and wheat. Members of this family are considered to be latent pathogens that infect their hosts without causing symptoms and often become pathogenic only after the plant host experiences environmental stress including extreme temperatures, drought or physical damage. The aim of Jan’s study was to investigate the genetic factors influencing the infection and reproductive biology of the Botryosphaericeae and to develop molecular markers for future application in population genetic studies on these fungi. This was achieved by acquiring genome sequence data for species of prominent genera in the Botryosphaeriaceae and through the subsequent analyses of these data. Results showed that intact mating type genes exist in all Botryosphaeriaceae considered and that frequent, independent transitions from heterothallism to homothallism have occurred in this family. It was further shown that the Botryosphaeriaceae genomes contain high numbers and diversities of secreted hydrolytic enzymes and secondary metabolite biosynthetic gene clusters, which were correlated to genome size and the total number of predicted genes. Most importantly, they were also correlated with the host ranges of the species. A large number of highly transferable microsatellite markers were developed for the genera Lasiodiplodia and Neofusicoccum. These markers were capable of amplification in many species residing in these two genera and were shown to be able to distinguish a large number of multilocus genotypes from sample populations. Overall, this study has provided valuable insights into the biology and evolution of the Botryosphaeriaceae. It has also raised important questions that future research should consider.