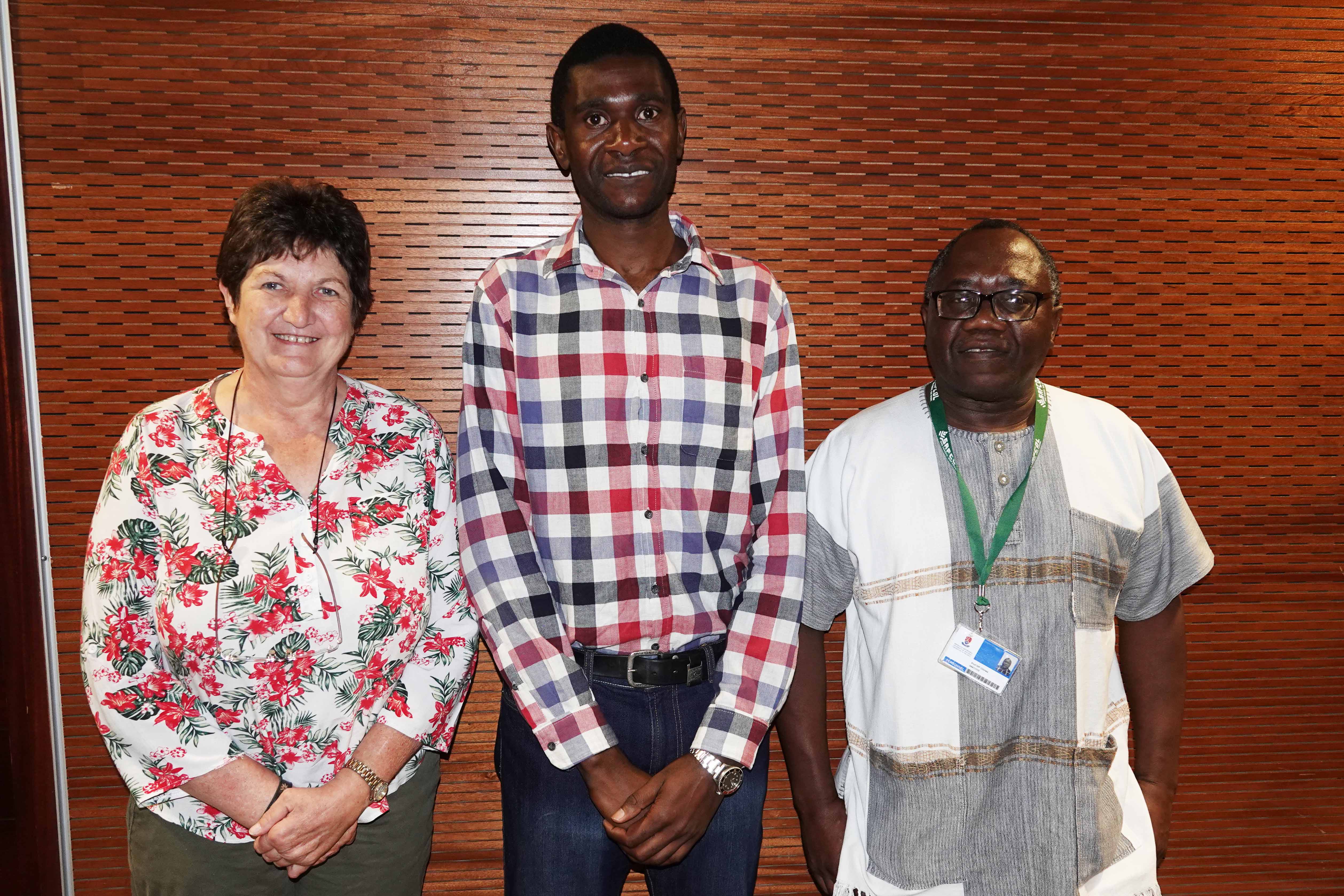 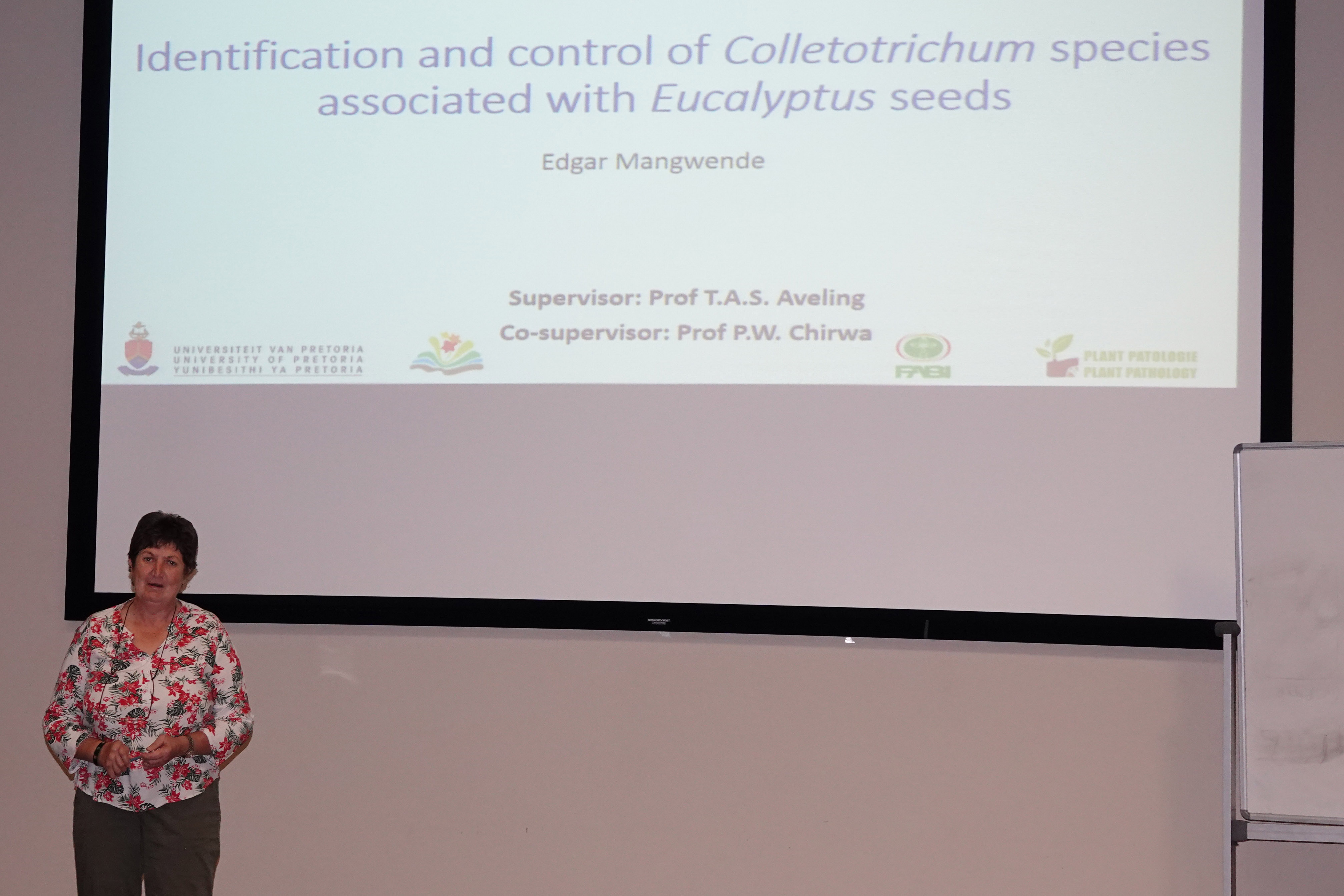 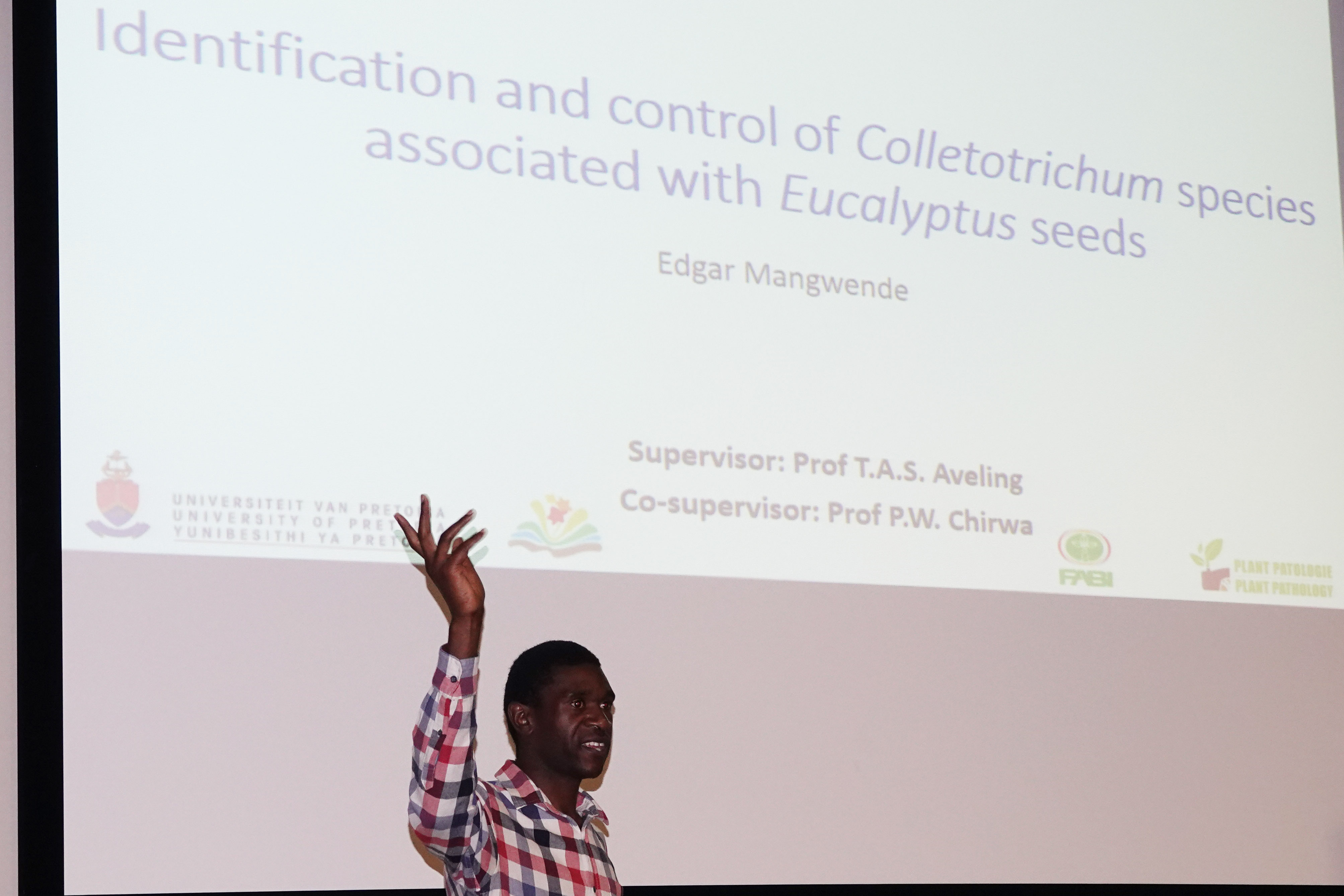 Edgar Mangwende celebrated the milestone of completing his PhD study with a seminar at the Plant Sciences Complex Auditorium on 4 February. His seminar was titled “Identification and control of Colletotrichum species associated with Eucalyptus seeds”. He completed this study under the supervision of Prof. Terry Aveling and Prof. Paxie Chirwa. The aim of Edgar’s study was to identify seed-borne mycoflora on seed lots of 12 Eucalyptus species, identify Colletotrichum species associated with Eucalyptus seeds produced in South Africa and their control.

Edgar showed in his study that there was a large diversity of fungi associated with commercial Eucalyptus seed lots, including Aureobasidium and Disculoides, which were reported for the first time. However, a majority of these were not a quarantine threat even though they reduced seed germination capacity and increased the risk of cross-contamination within batches, he said. He also found that Colletotrichum species associated with Eucalyptus could have serious biosecurity implications. Eucalyptus dunnii had the highest incidence of Colletotrichum fructicola, with E. nitens recording the highest incidence of C. kahawae fsp.cigarro. These pathogens greatly reduced germination and emergence in the greenhouse of a number of Eucalyptus species and pose a serious threat to forestry nurseries. Among the various seed treatments tested to control the pathogens on seed, a hot water treatment and a commercial biocontrol agent were found to be highly effective.

Edgar argued that foresters needed to be more vigilant in phytosanitary inspections and could not afford to neglect seed health because they relied on seeds for high quality seedlings and regeneration.