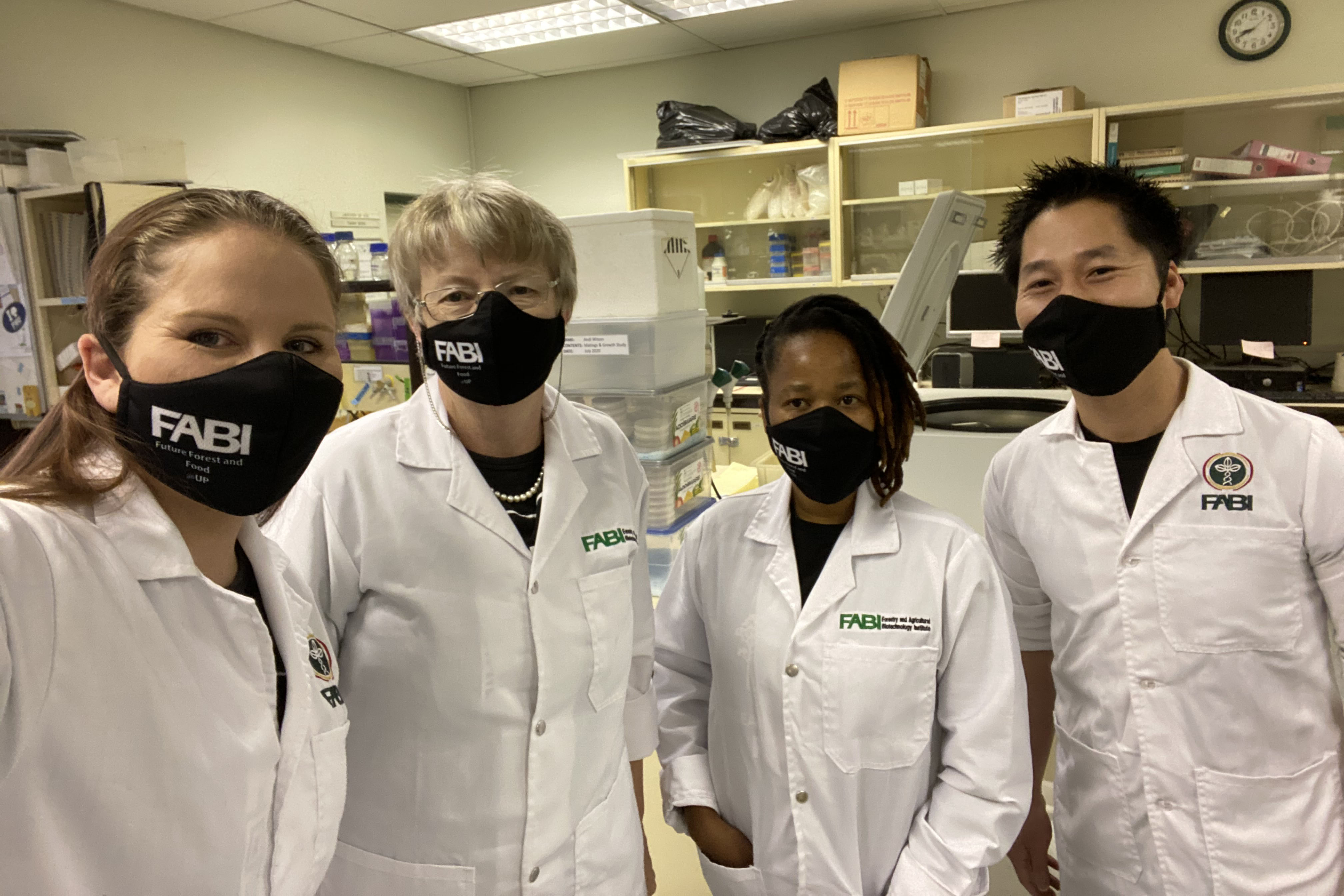 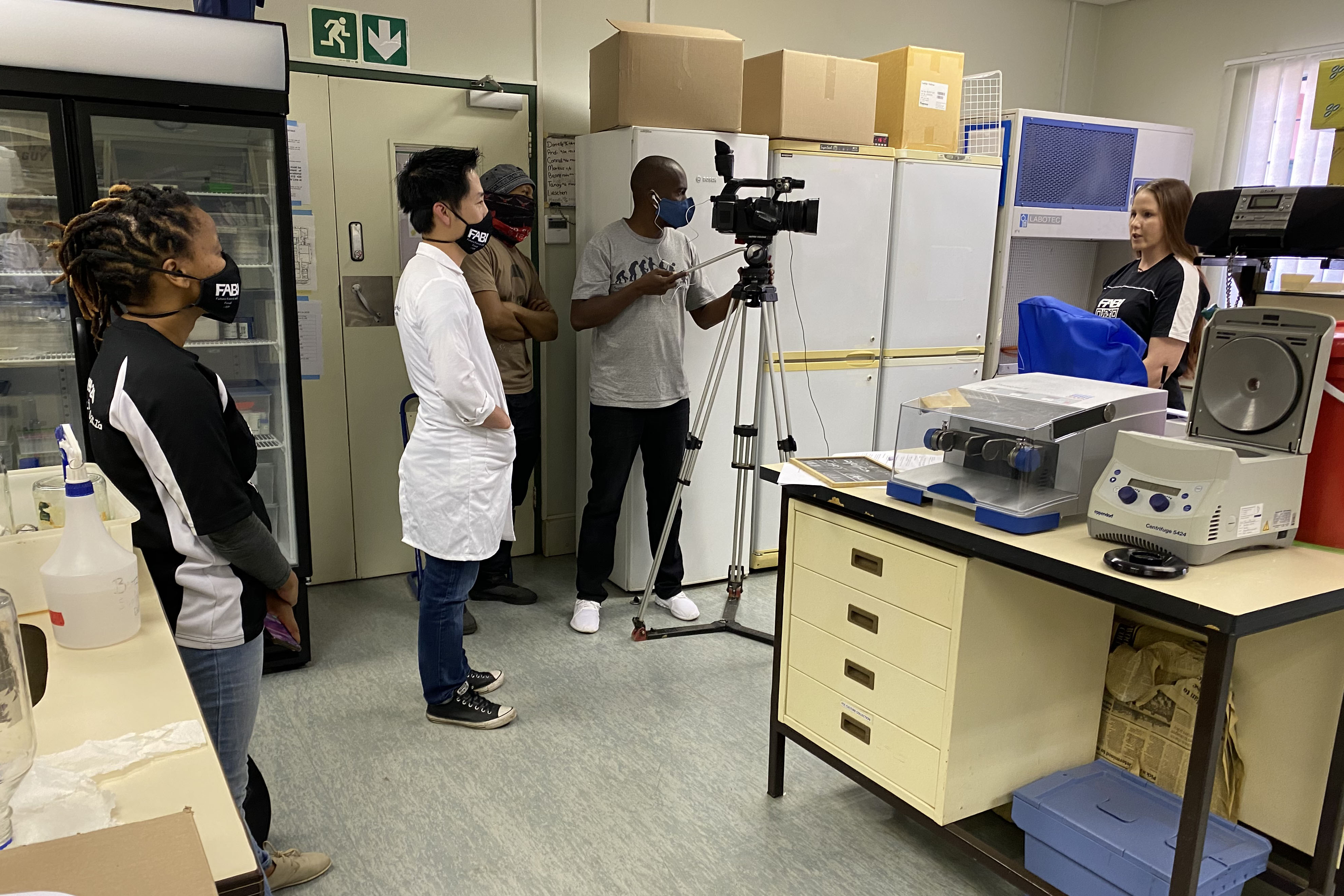 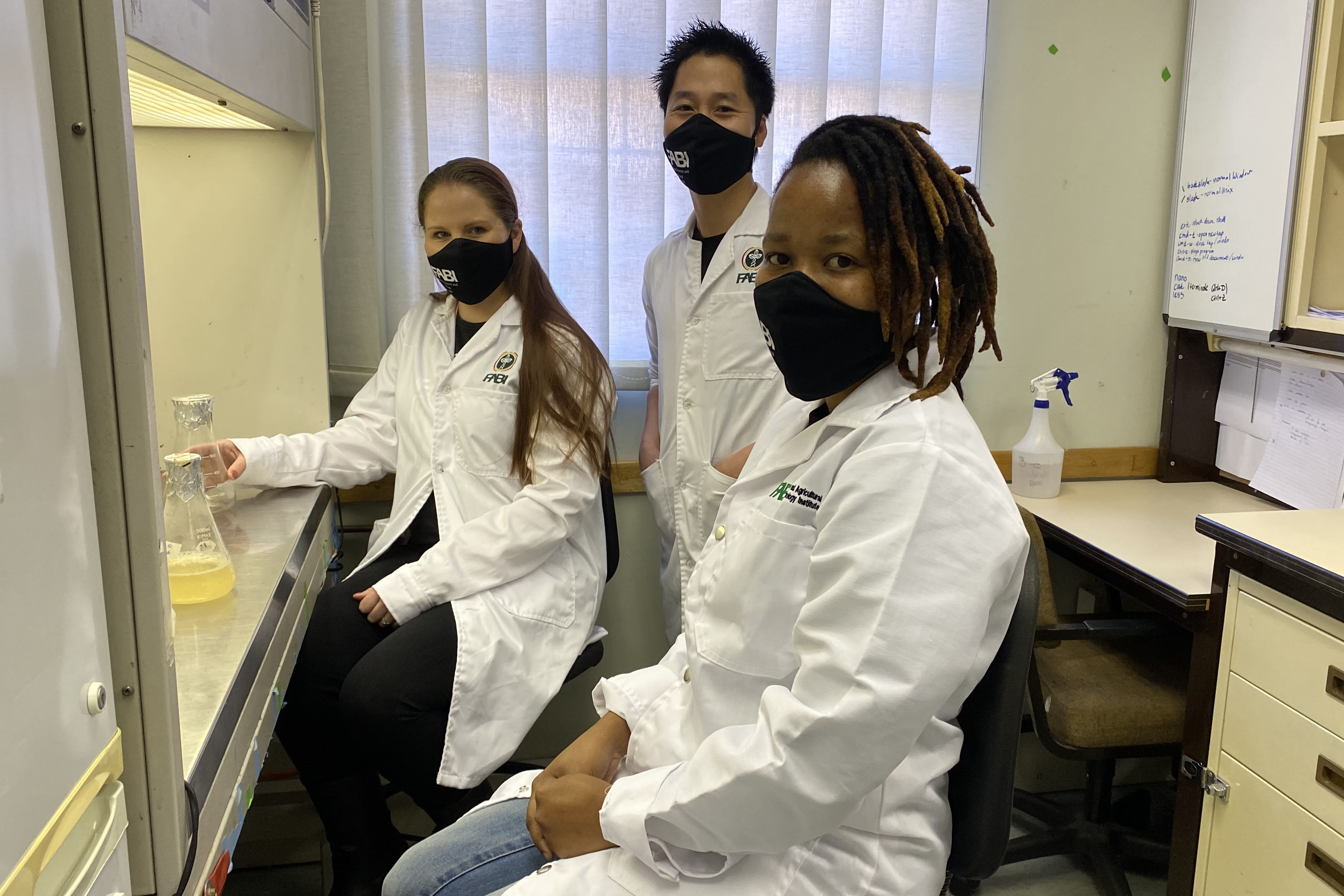 Four FABIans (Vinolia Danki, Dr Tuan Duong, Dr Andi Wilson and Prof. Brenda Wingfield) spent Tuesday participating in a JoVE video shoot.  Brenda Wingfield and Andi Wilson were invited to write a publication detailing the CRISPR-Cas9-based fungal transformation system developed by Andi during her PhD studies.  JoVE is an online open-access journal and producer and provider of science videos.  The video, which will now be produced, is supported by the article text, which is already available online by clicking here.

Andi and Brenda were joined in the making of the video by Tuan and Vinolia.  What they only learned just before the cameras started rolling was this was a first for Africa!  Irvin Pamana was the videographer contracted for this event and he can be seen with his assistant in the action photo.