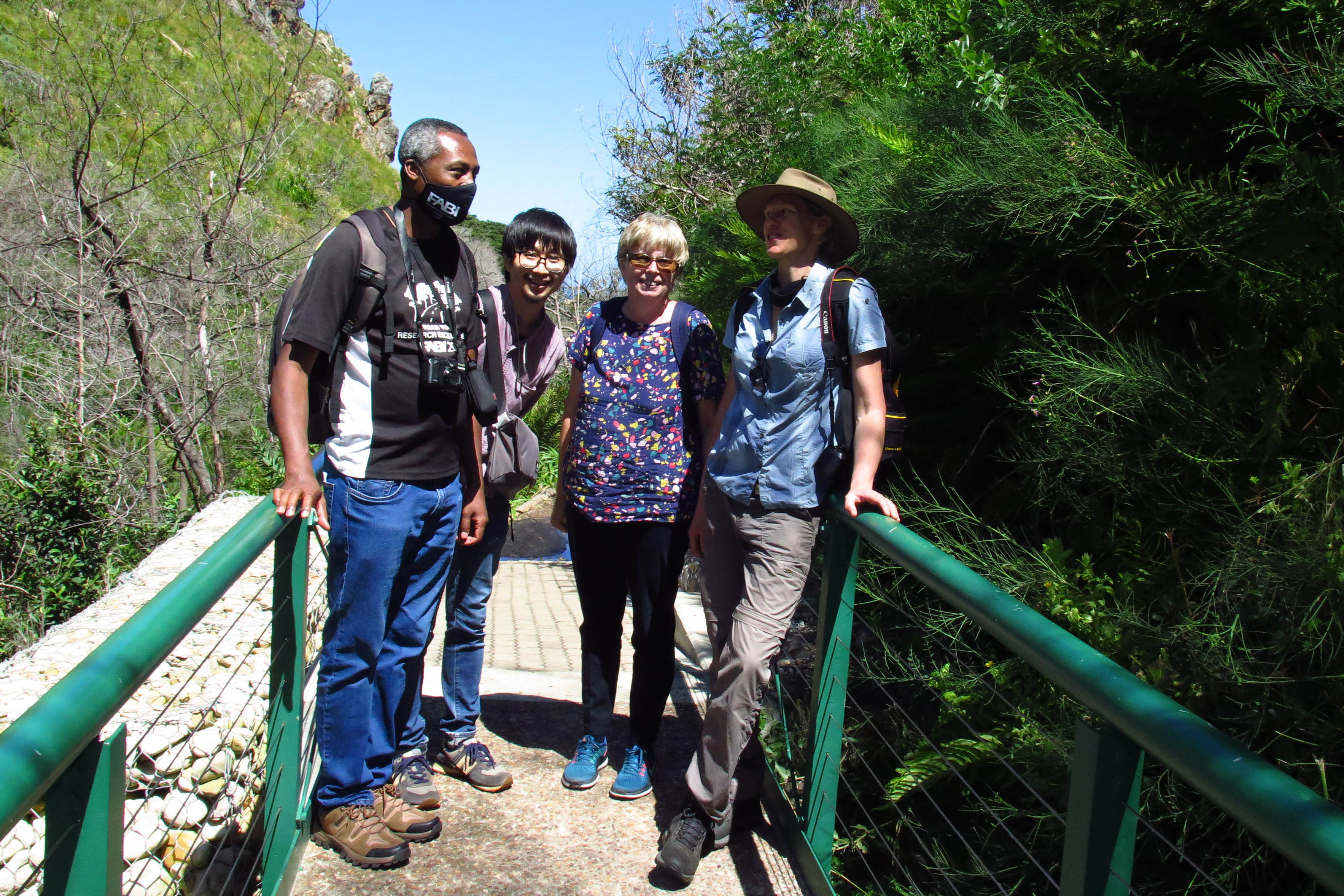 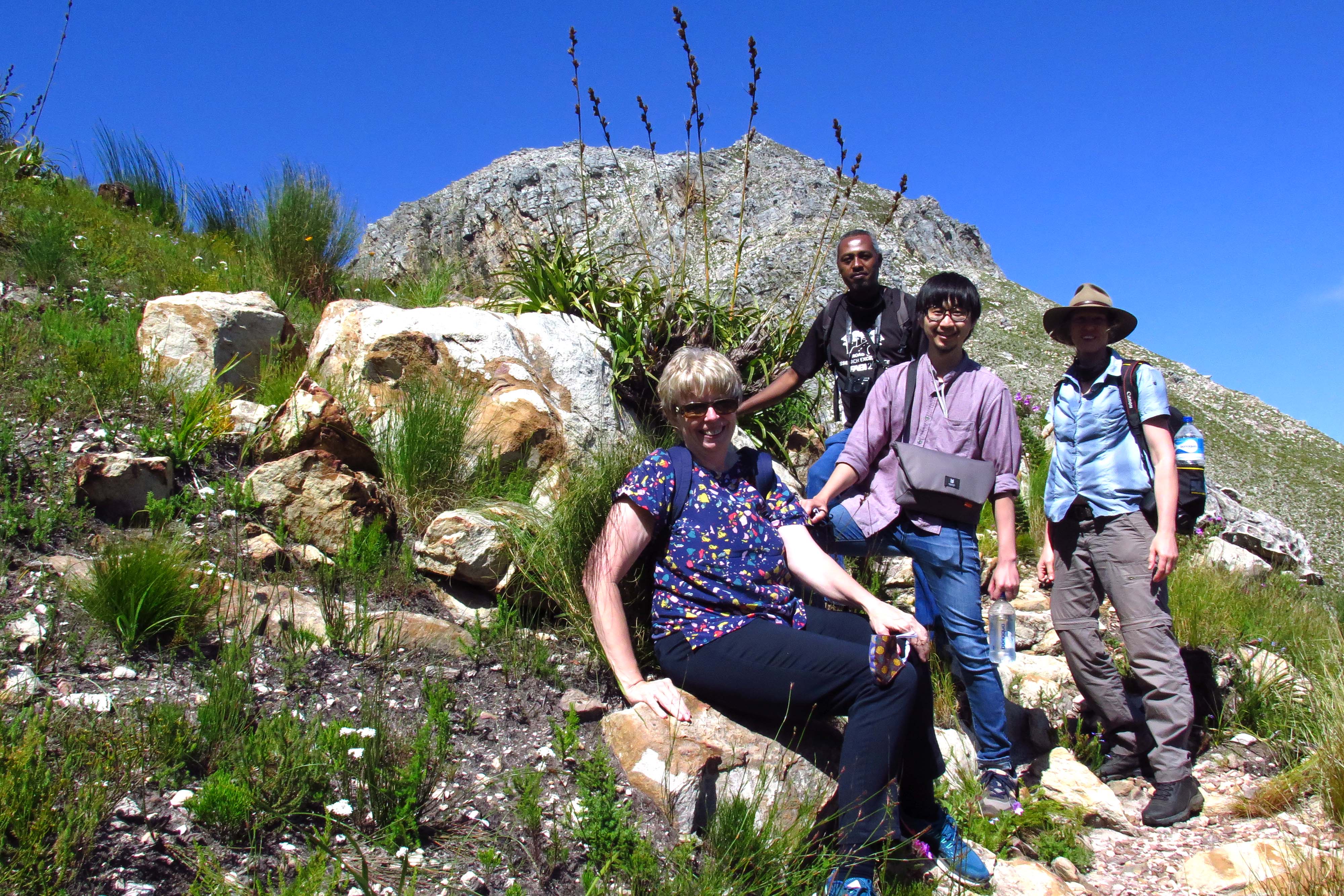 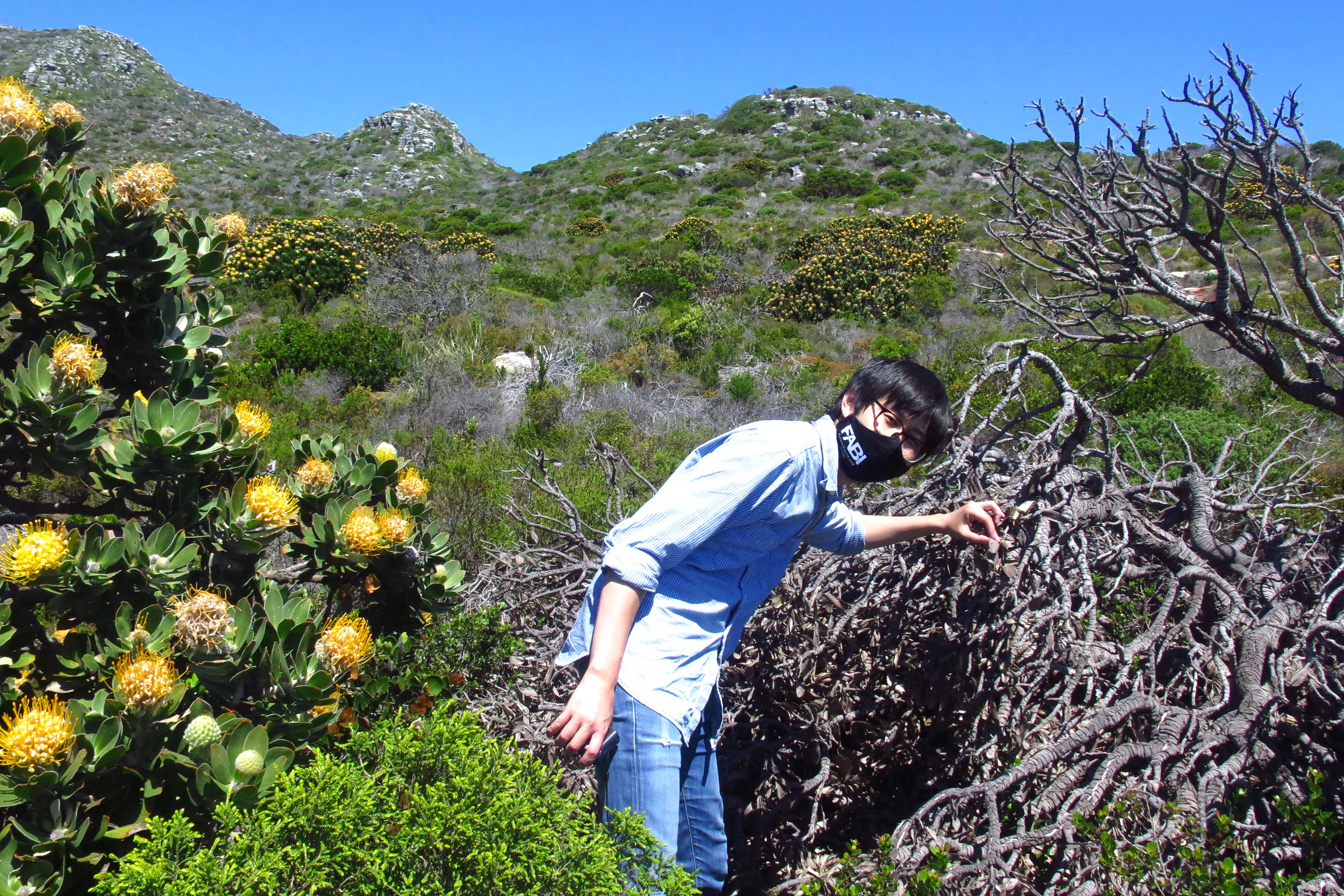 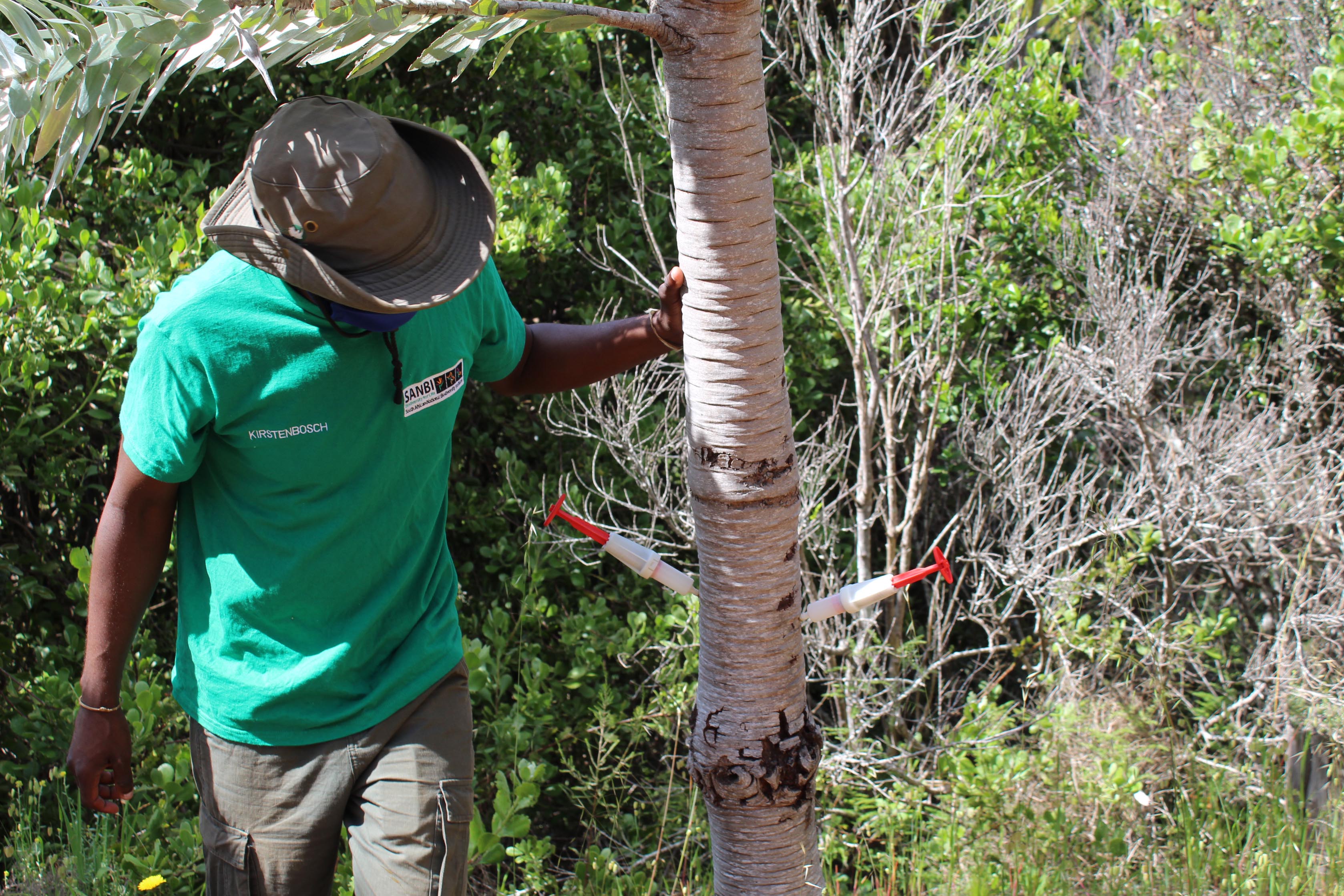 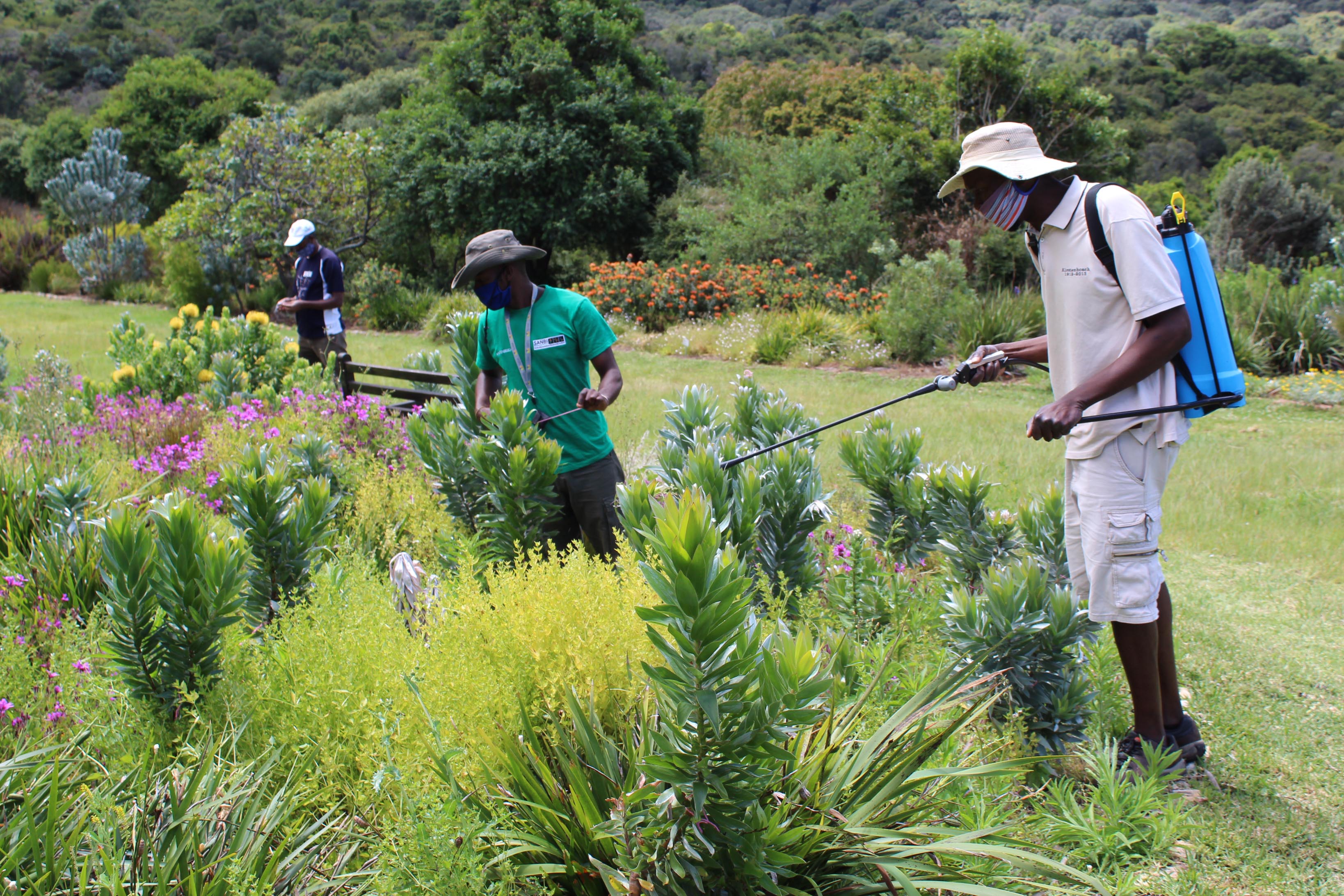 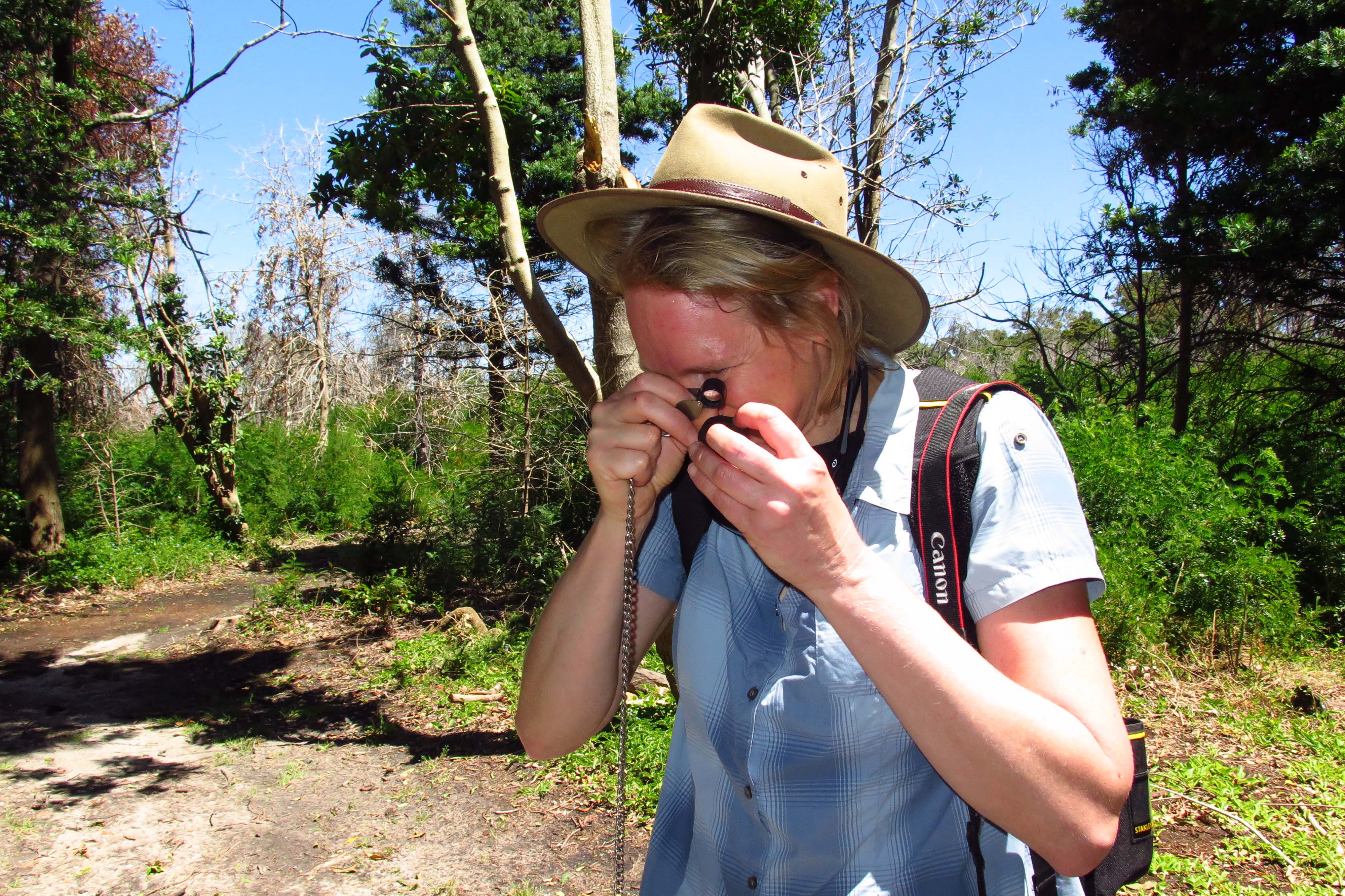 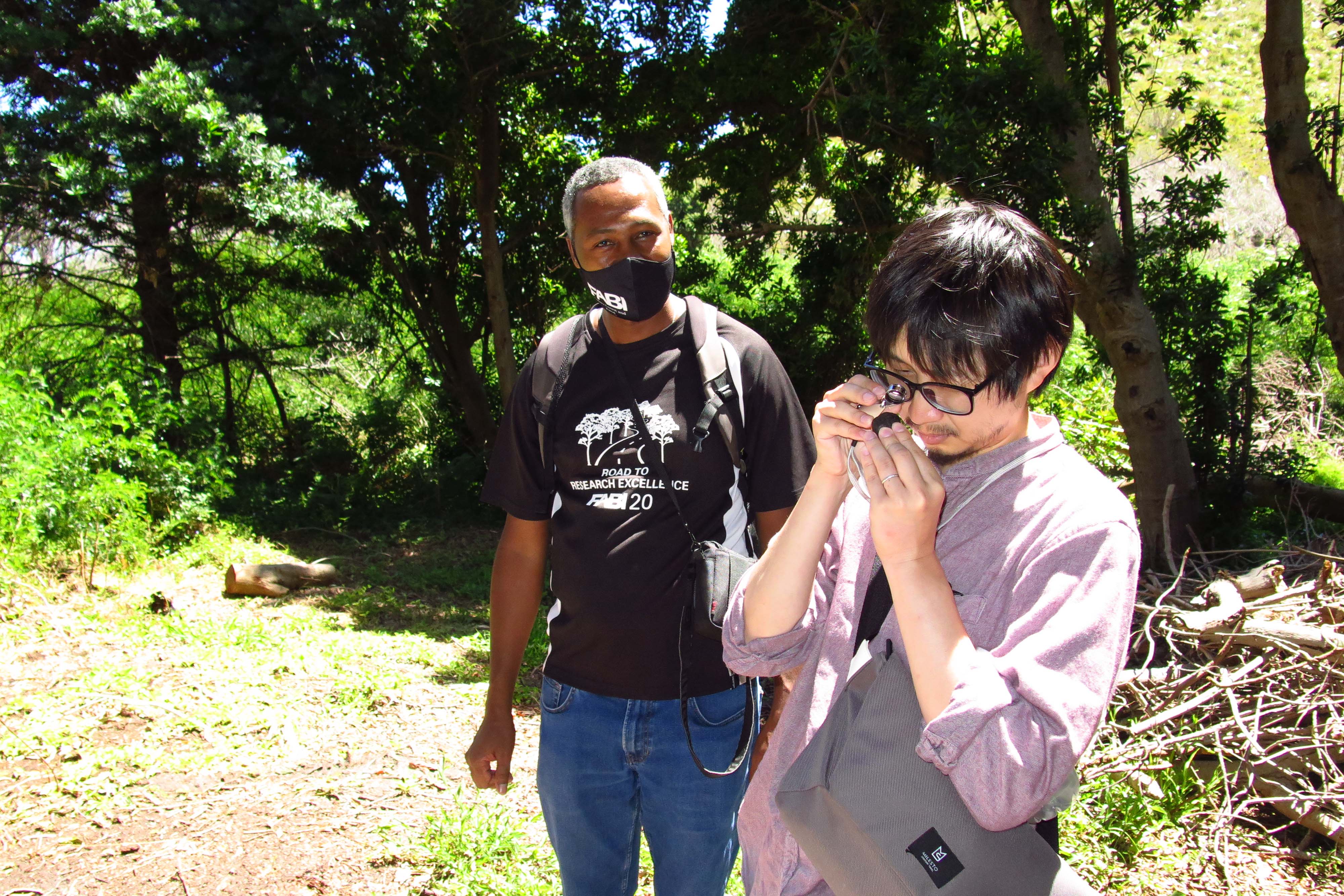 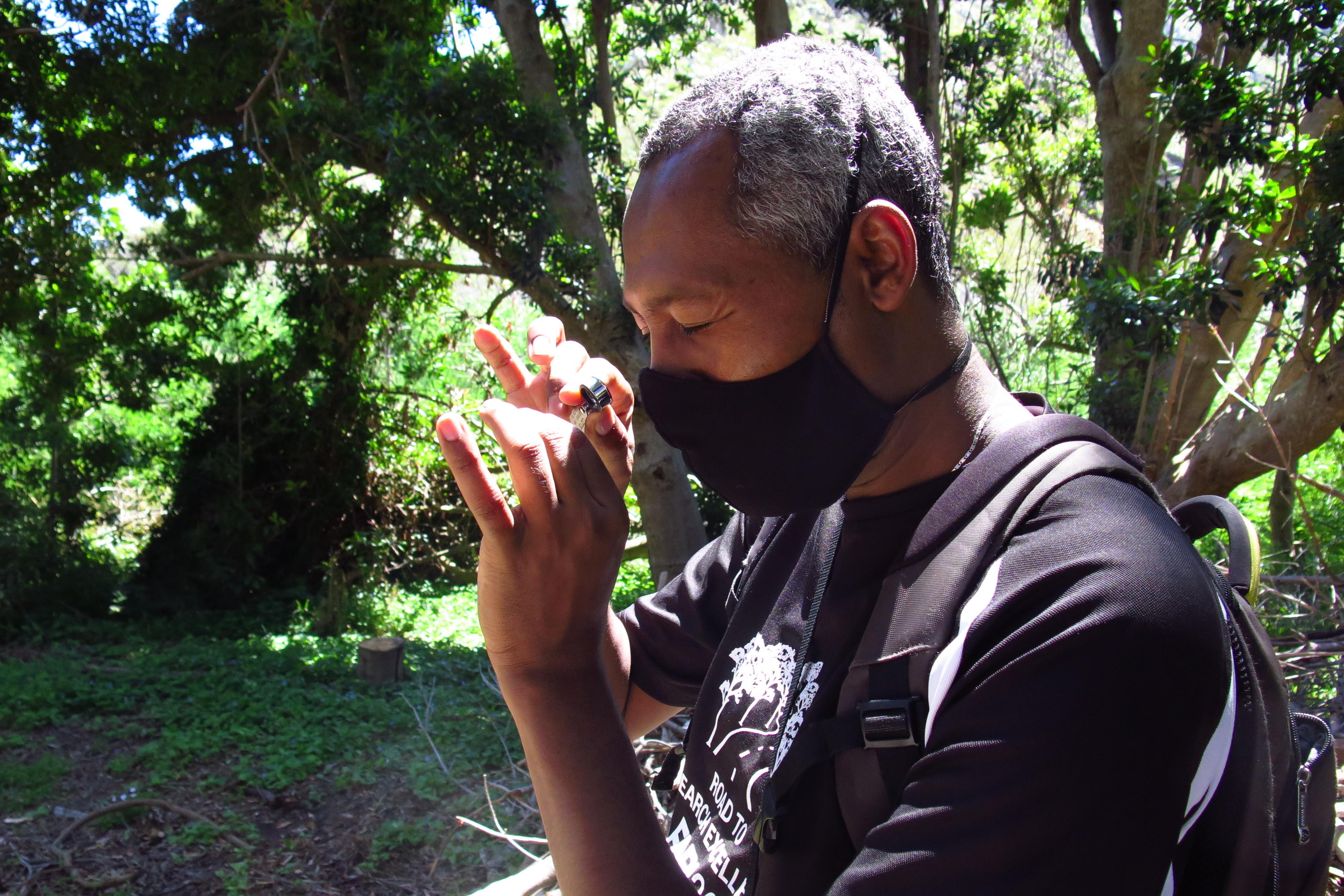 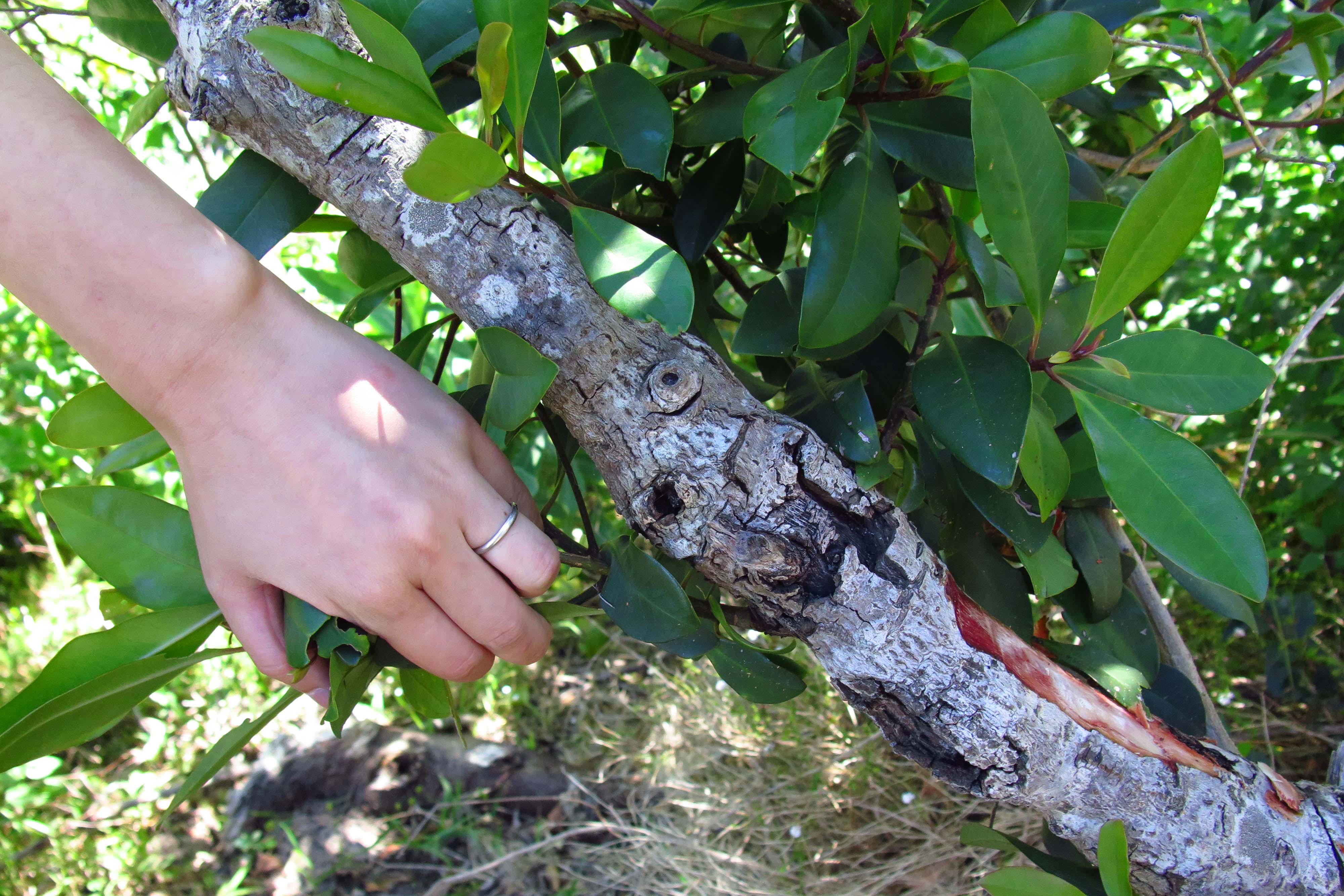 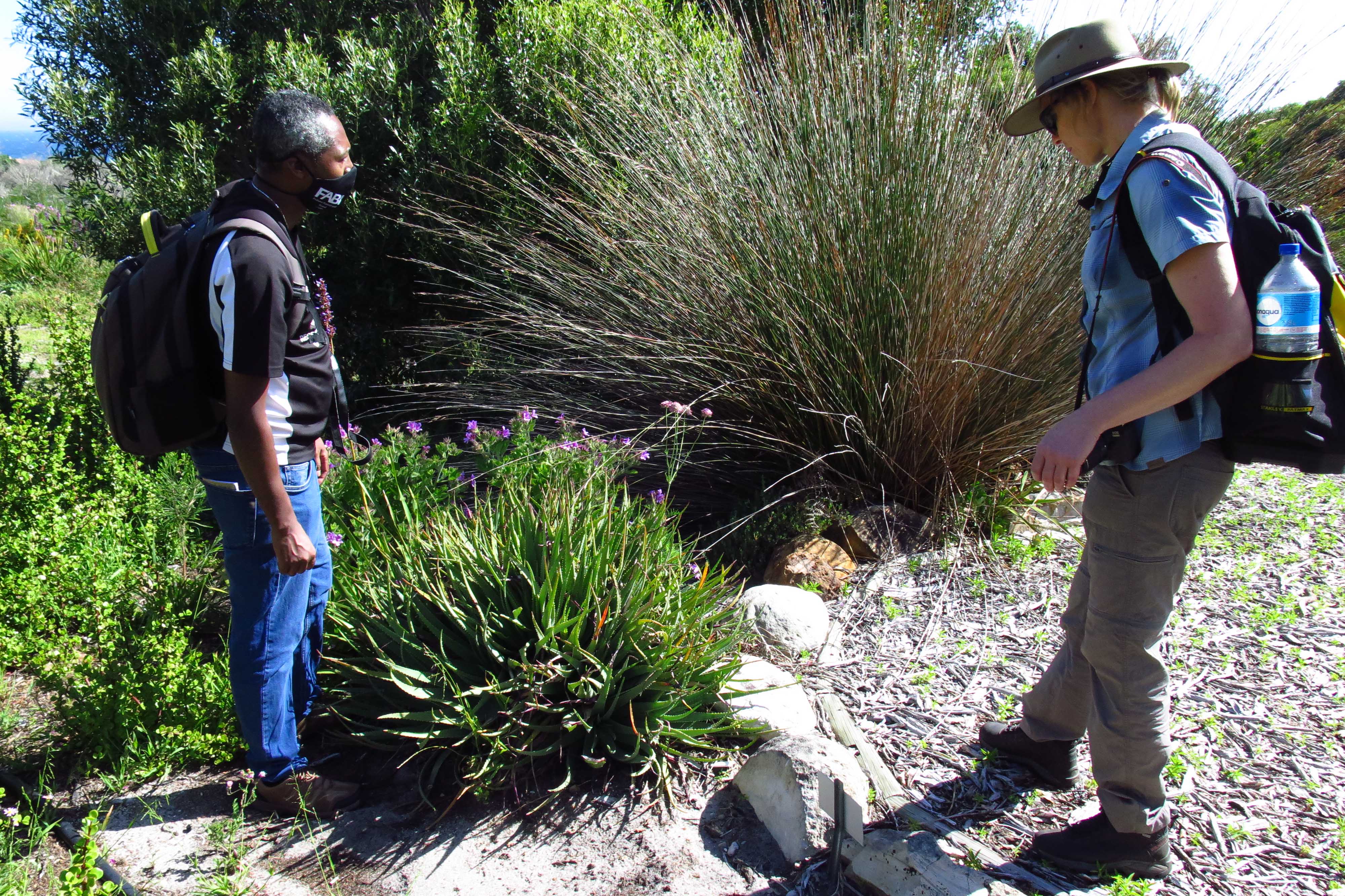 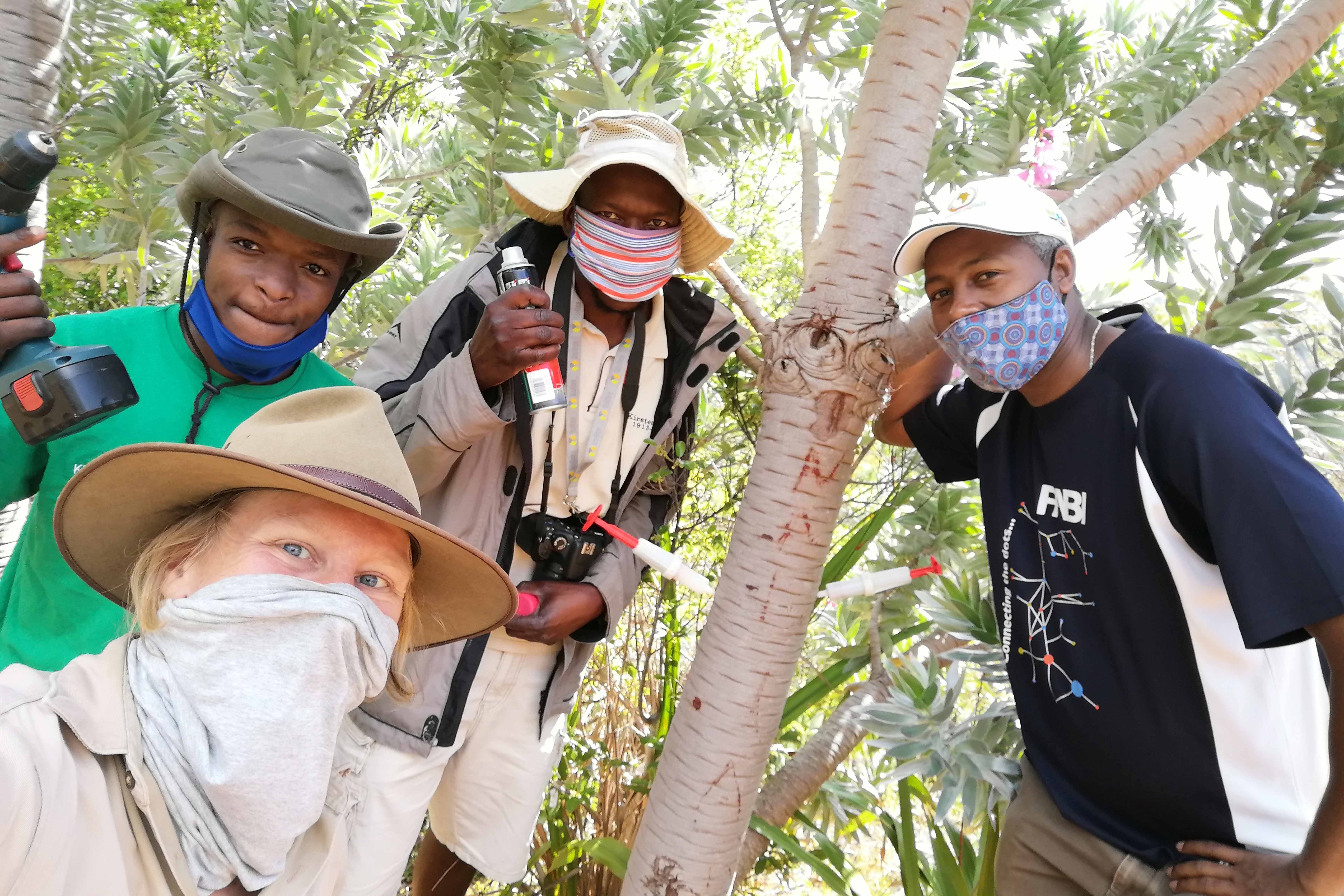 During the week of 9 November, a FABI team including Prof. Mike Wingfield, Prof. Brenda Wingfield, Dr Trudy Paap, Dr Mesfin Gossa and Dr Hiroyuki Suzuki visited botanical gardens in the Western Cape Province. Amongst the various objectives of the visit was to consider the current status of the canker disease on Rapanea melanophloes caused by Immersiporthe knoxdaviesiana that has been devastating these trees for the last 20 years. This problem is being investigated as part of a postdoctoral study by Hiroyuki Suzuki (advised by Mike and Brenda Wingfield), who until this visit had not had an opportunity to see the disease problem in person. This problem also forms part of a larger FABI project supported by SANBI and previously also the DSI-NRF Centre of Excellence in Plant (previously Tree) Health Biotechnology (CPHB), focused on disease and pest problems in South Africa’s National Botanical Gardens. This programme was first initiated by Dr Trudy Paap who, amongst other important discoveries, first detected and reported the Polyphagous Shothole Borer in South Africa.  During the field visit, Drs Paap and Gossa conducted follow-up research on the root disease, especially on Proteaceae caused by the aggressive root pathogen Phytophthora cinnamomi. The silver trees (Leucadendron argenteum) in Kirstenbosch gardens have been particularly hard hit by this pathogen. Phosphite treatment trials were established, in an effort to protect this iconic but endangered species.