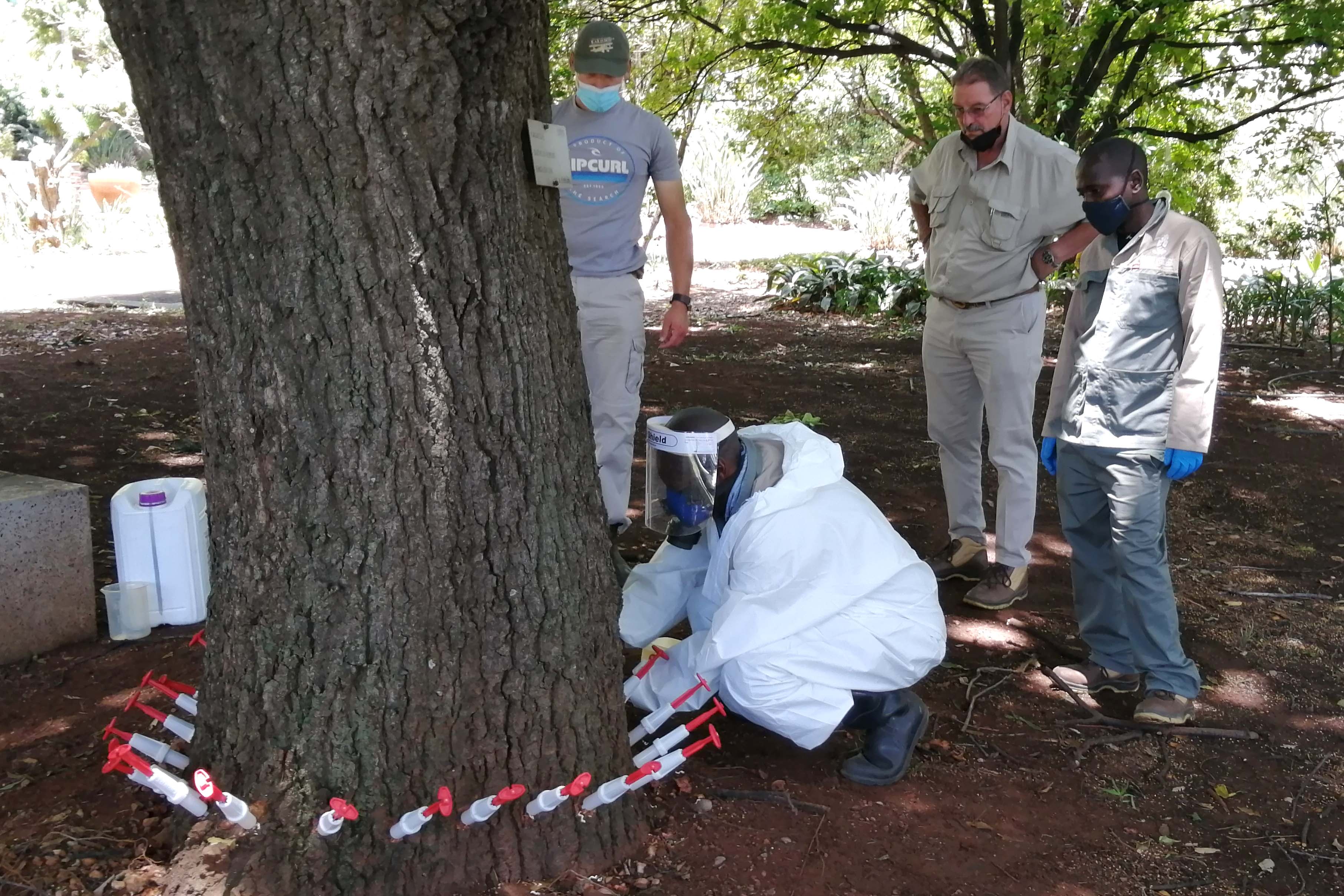 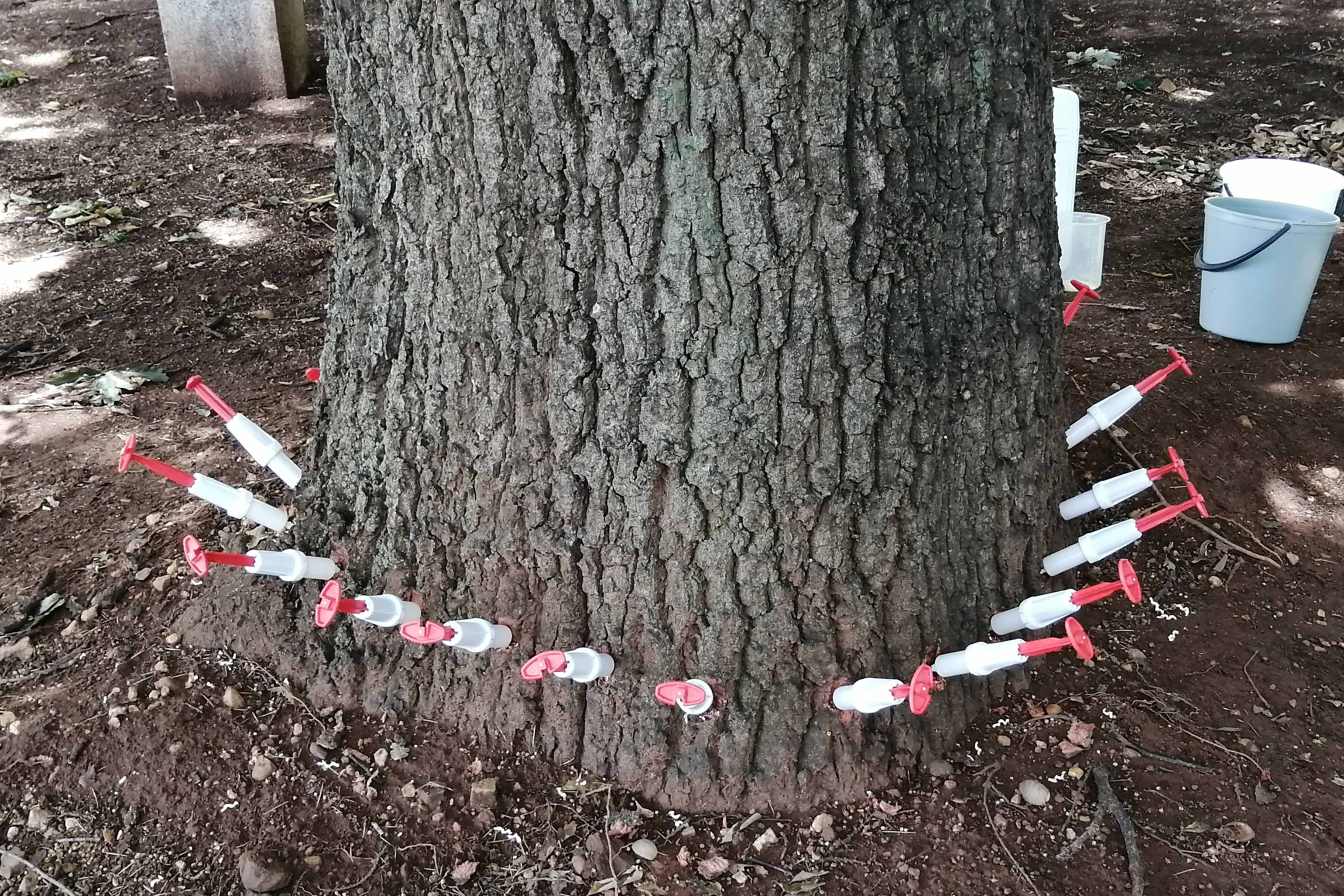 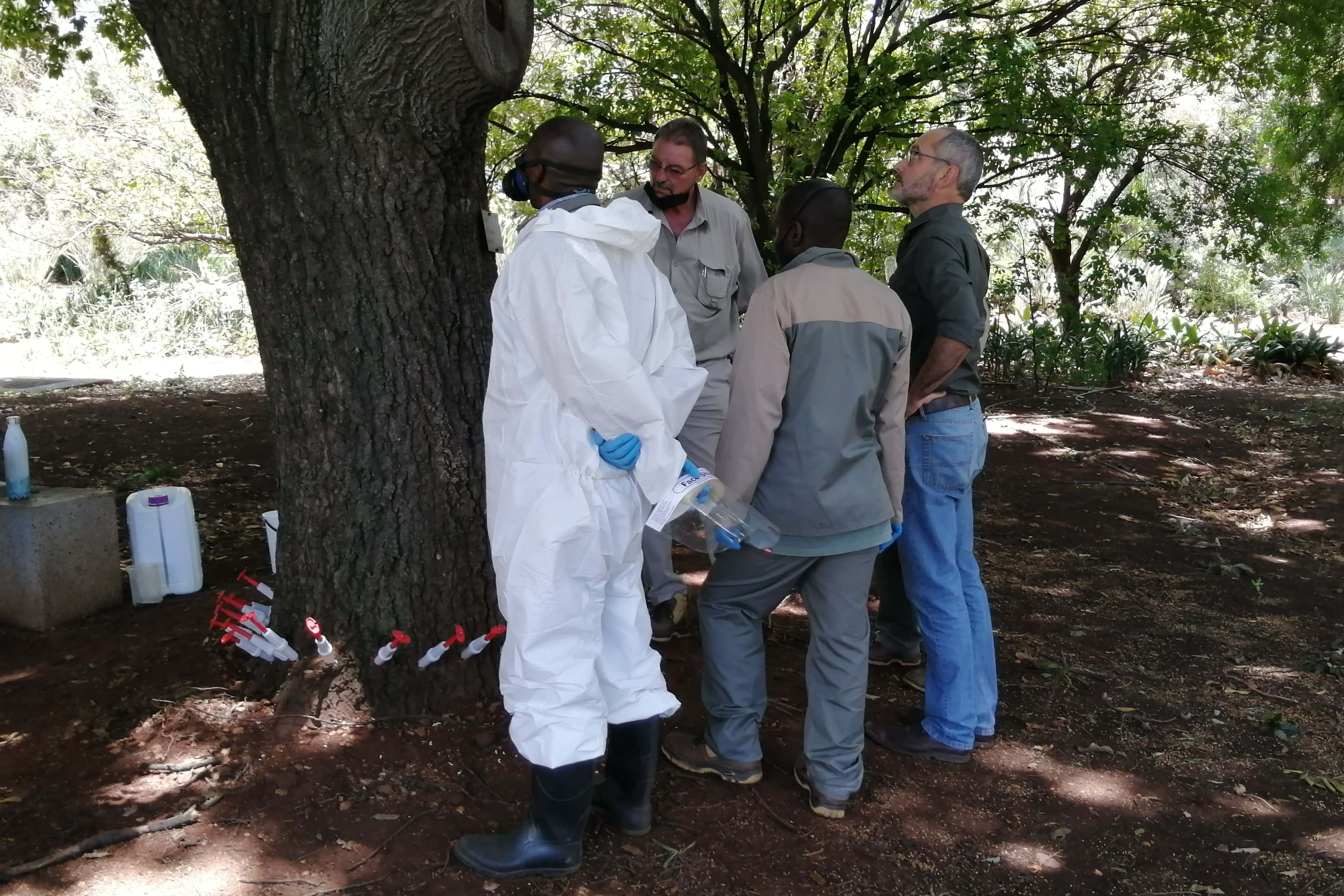 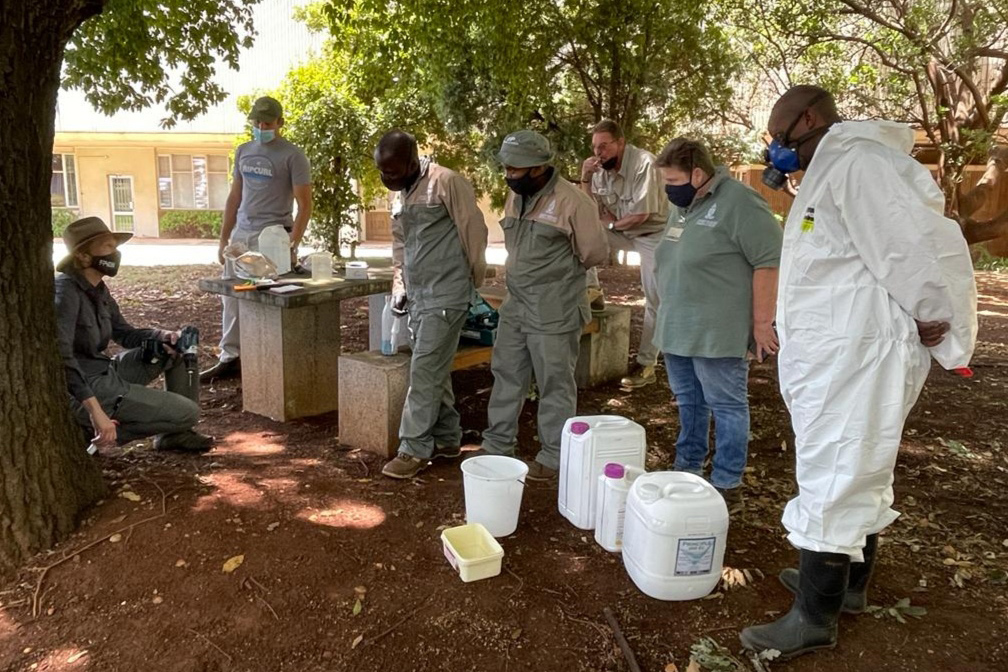 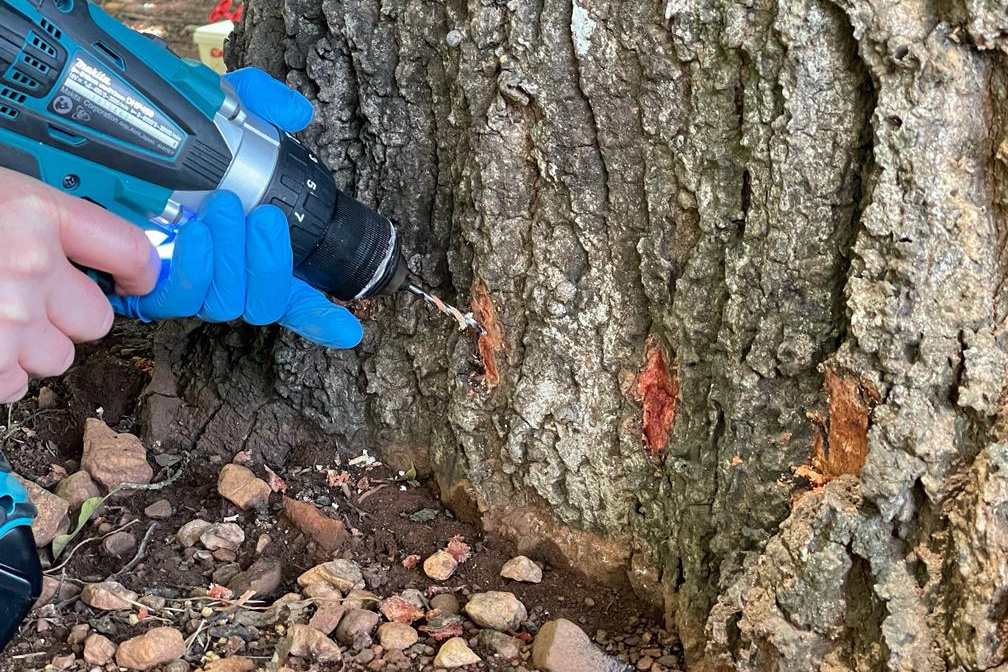 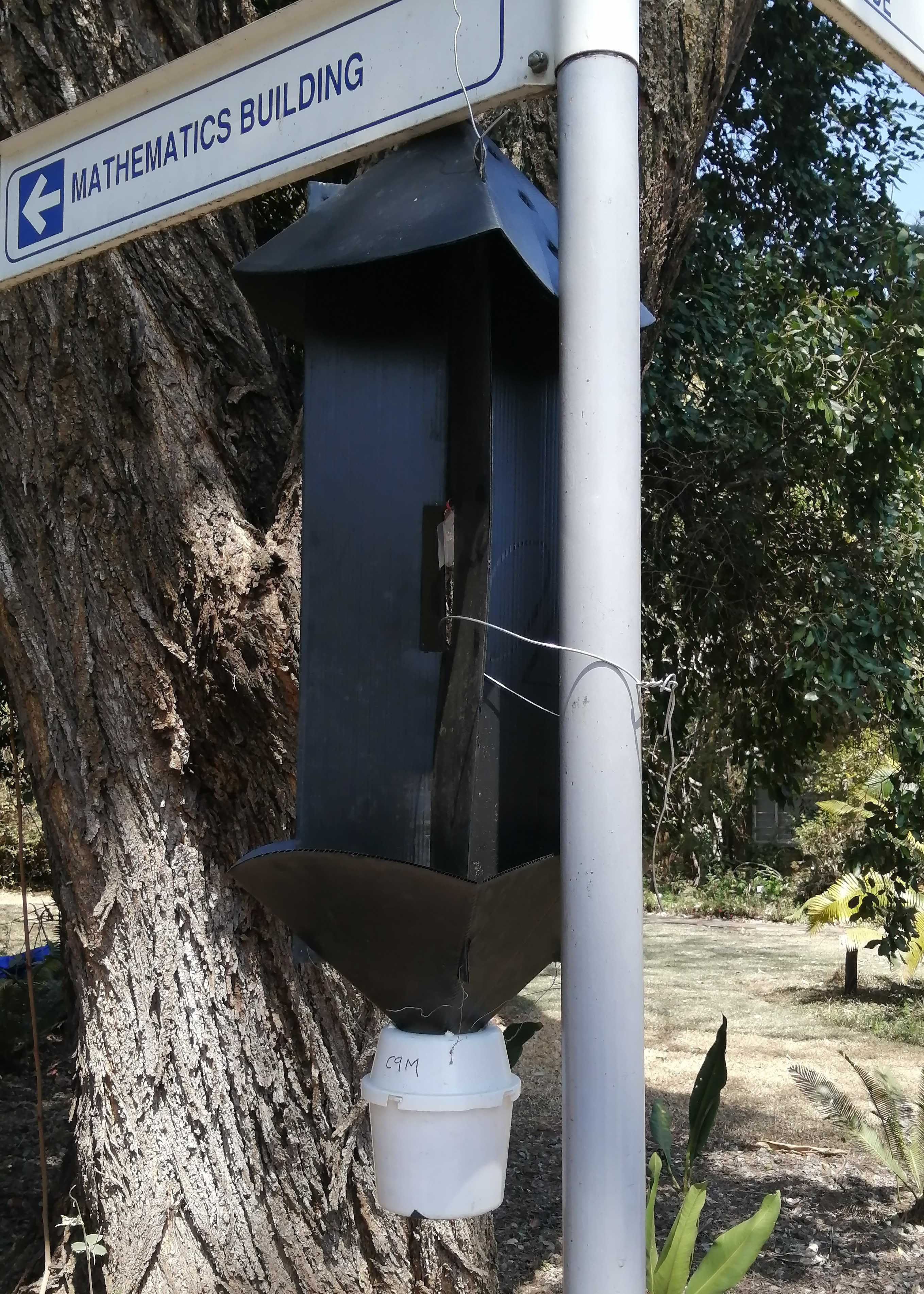 The invasive ambrosia beetle, Euwallacea fornicatus, commonly known as the polyphagous shot hole borer or PSHB, is now established in Pretoria. Unfortunately, it now presents an imminent threat to trees on the University of Pretoria Hatfield campus. FABI researchers, led by Dr Trudy Paap, have been engaging with campus landscape services staff to ensure the beetle does not arrive unchecked. In anticipation of its arrival, monitoring traps have been set up at key locations on campus. To date the traps, baited with the chemical lure querciverol, have been effective at catching beetles and the trees on campus remain beetle-free. There are, however, a number of high value specimens, which should they become infested, would be highly susceptible to the beetle and its fungal symbiont, Fusarium euwallaceae. In an effort to protect these trees, they are being treated with systemic insecticides and pesticides. While there are currently no proven chemical treatments registered for use against PSHB in South Africa, a number of pesticides have shown efficacy in conferring protection in California, where PSHB has also established as a damaging invasive tree pest. It is hoped that the collaborative efforts of FABI and University landscaping staff will ensure survival of these trees, as well as providing an opportunity to test various treatments that would be useful in the broader South African context.