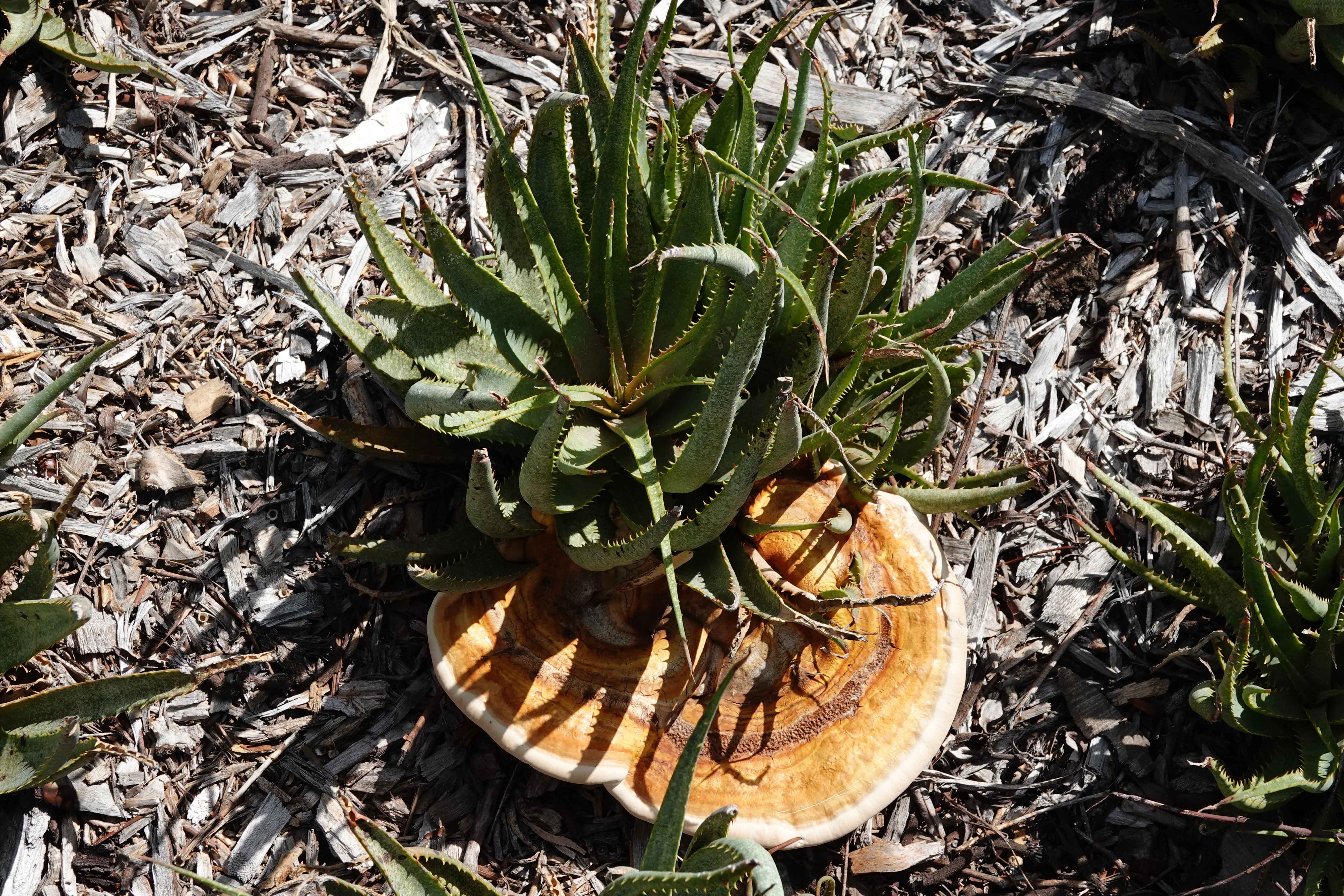 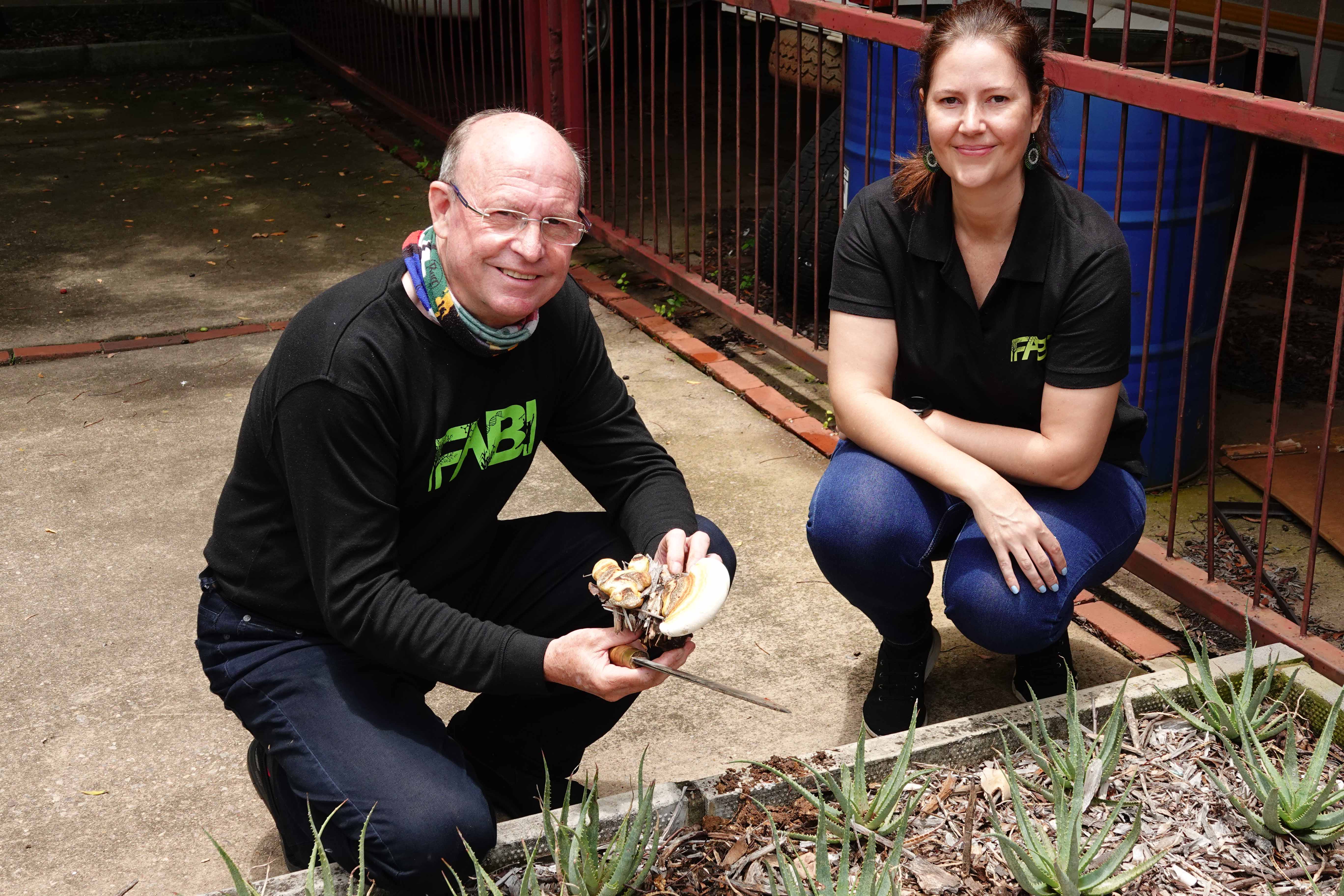 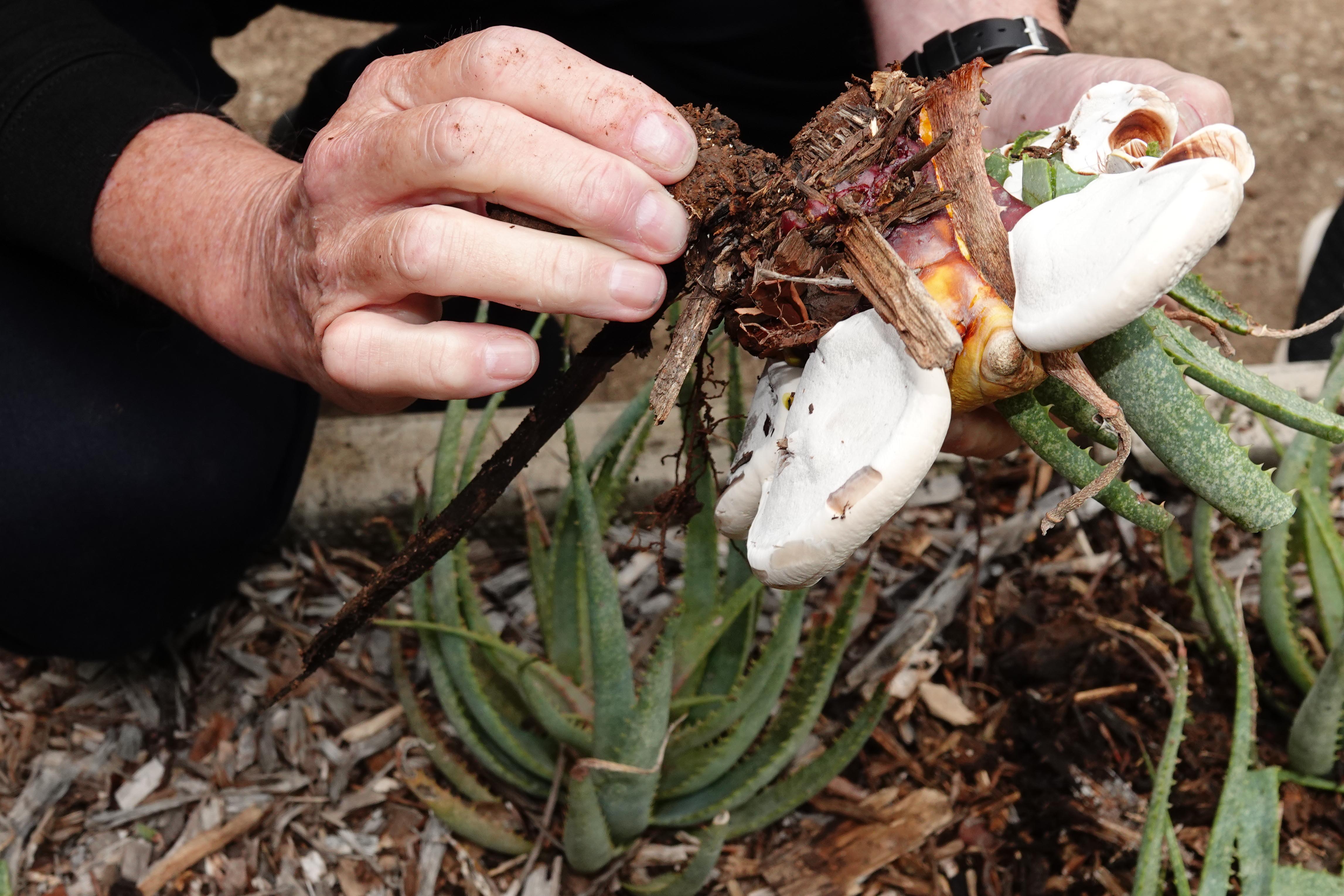 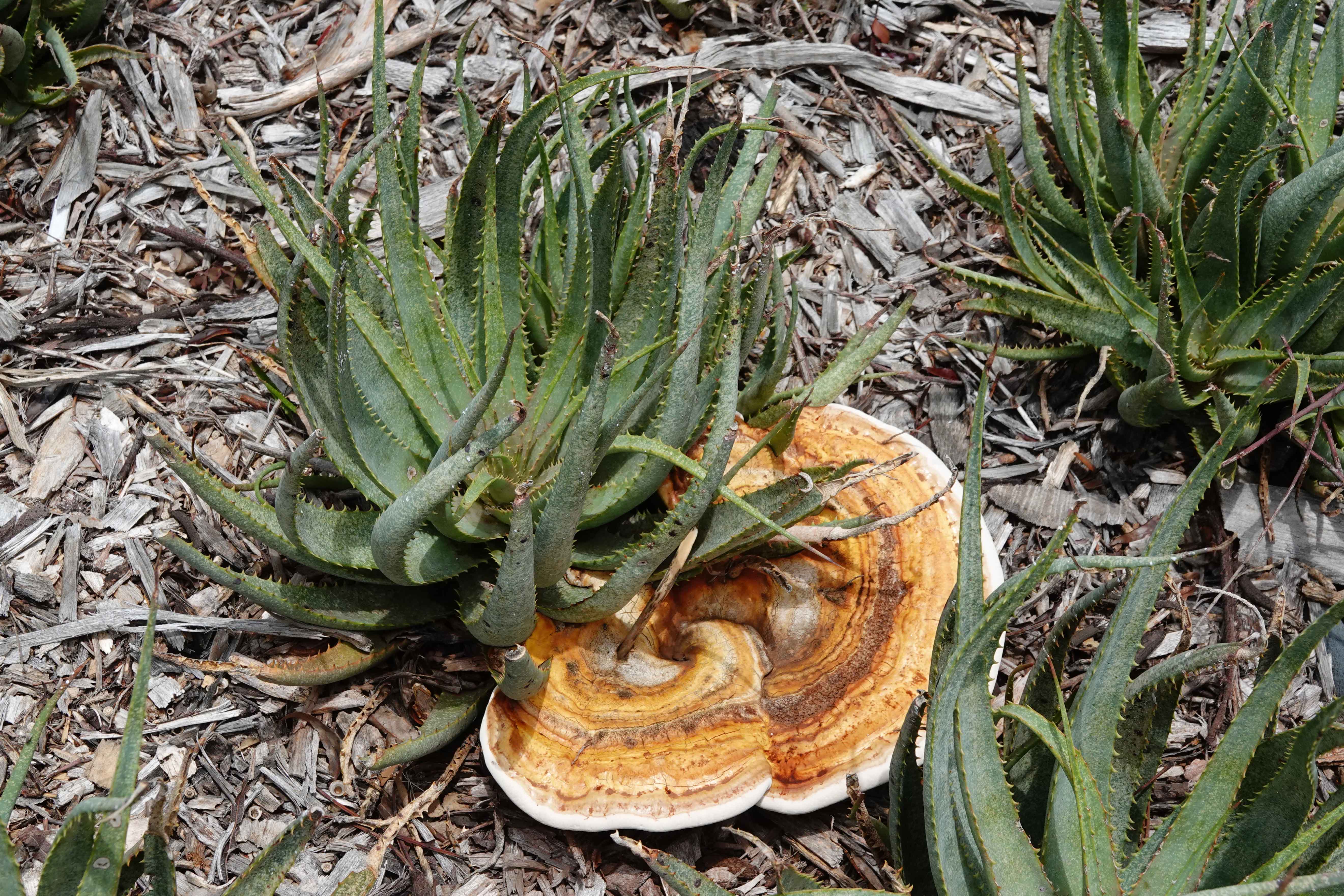 During one of his recent and regular “campus walks” FABI staff member Mr Morne Booij-Liewes discovered an interesting fungus growing in a bed of Aloe plants. Knowing of his interest in fungi, he alerted Prof. Mike Wingfield, founding Director of FABI, who recognised the fungus as a species of Ganoderma.  Both convenient and serendipitous, Dr Ariska van der Nest has recently begun a postdoctoral fellowship that includes research on this group of fungi, and specifically those causing serious damage to Eucalyptus plantations in Indonesia.  This project is specifically part of a FABI project supported by the global forestry company RGE (Royal Golden Eagle) Group and known as the RGE-FABI Tree Health Programme.  A brief investigation of the fungus on the UP Campus showed that it was not linked to the associated Aloe plants but had killed a Harpephyllum tree, the rotten roots of which were below the Aloe plants. Ariska was able to collect specimens and undertook a laboratory investigation including DNA sequencing to identify the Ganoderma species. She discovered that this was Ganoderma enigmaticum, one of a number of Ganoderma species found killing Jacaranda trees in Brooklyn by FABI Prof. Martin Coetzee, Dr Seonju Maricowitz and other team members. Ganoderma species can be aggressive tree killers and there are evidently a number of infected trees on the UP Campus.  The FABI tree health team will monitor this situation and were possible support campus staff to limit tree death due to these fungi in the future.