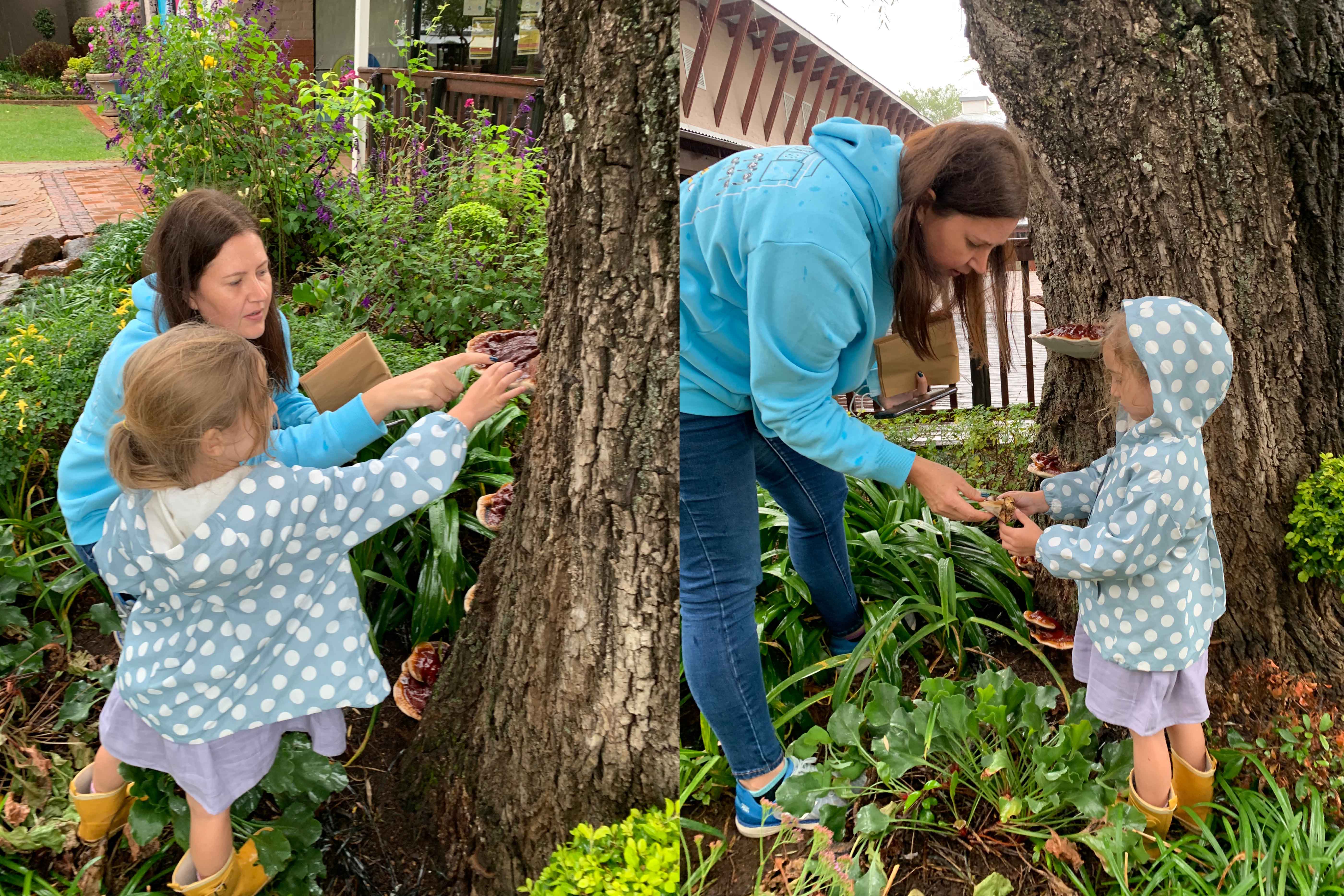 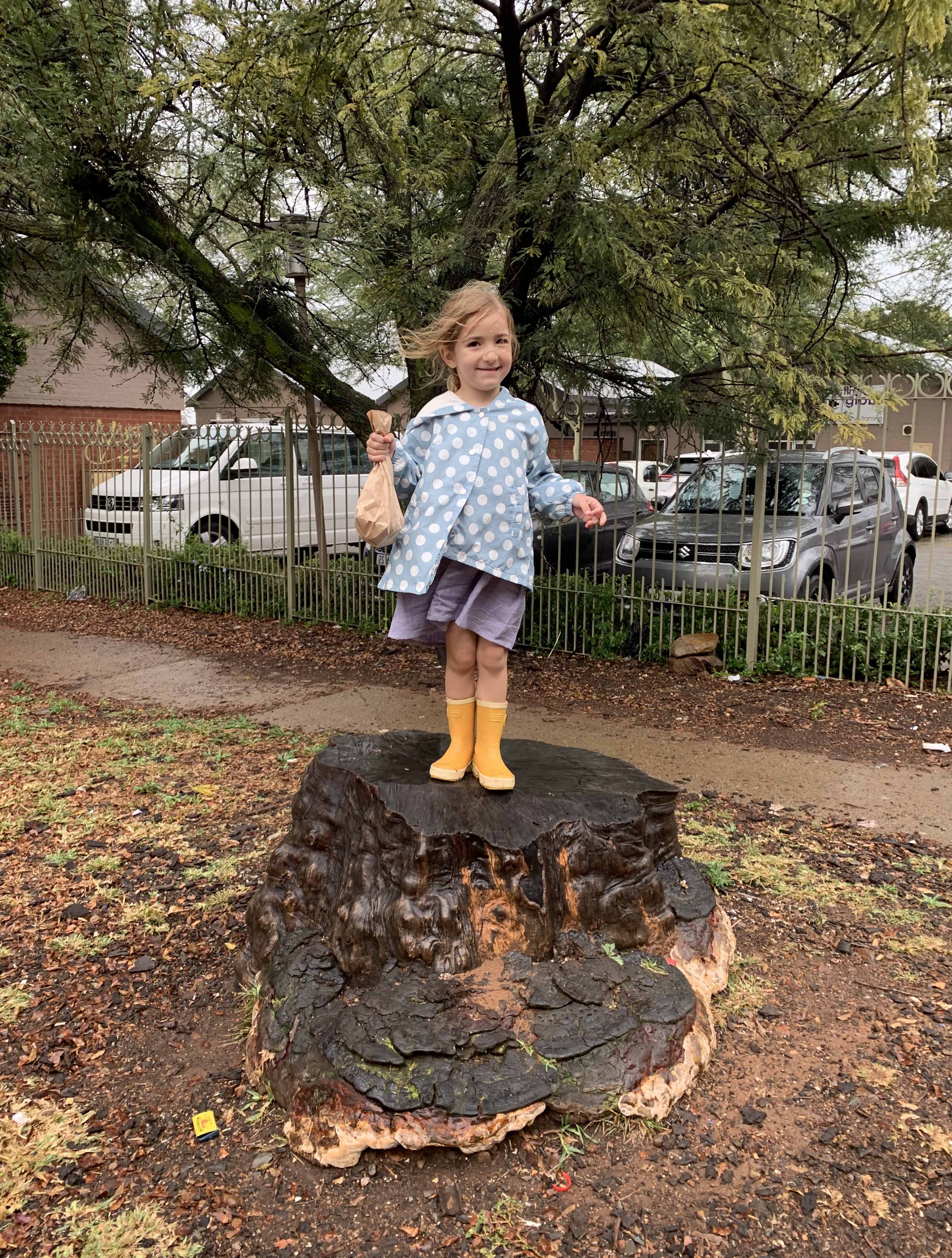 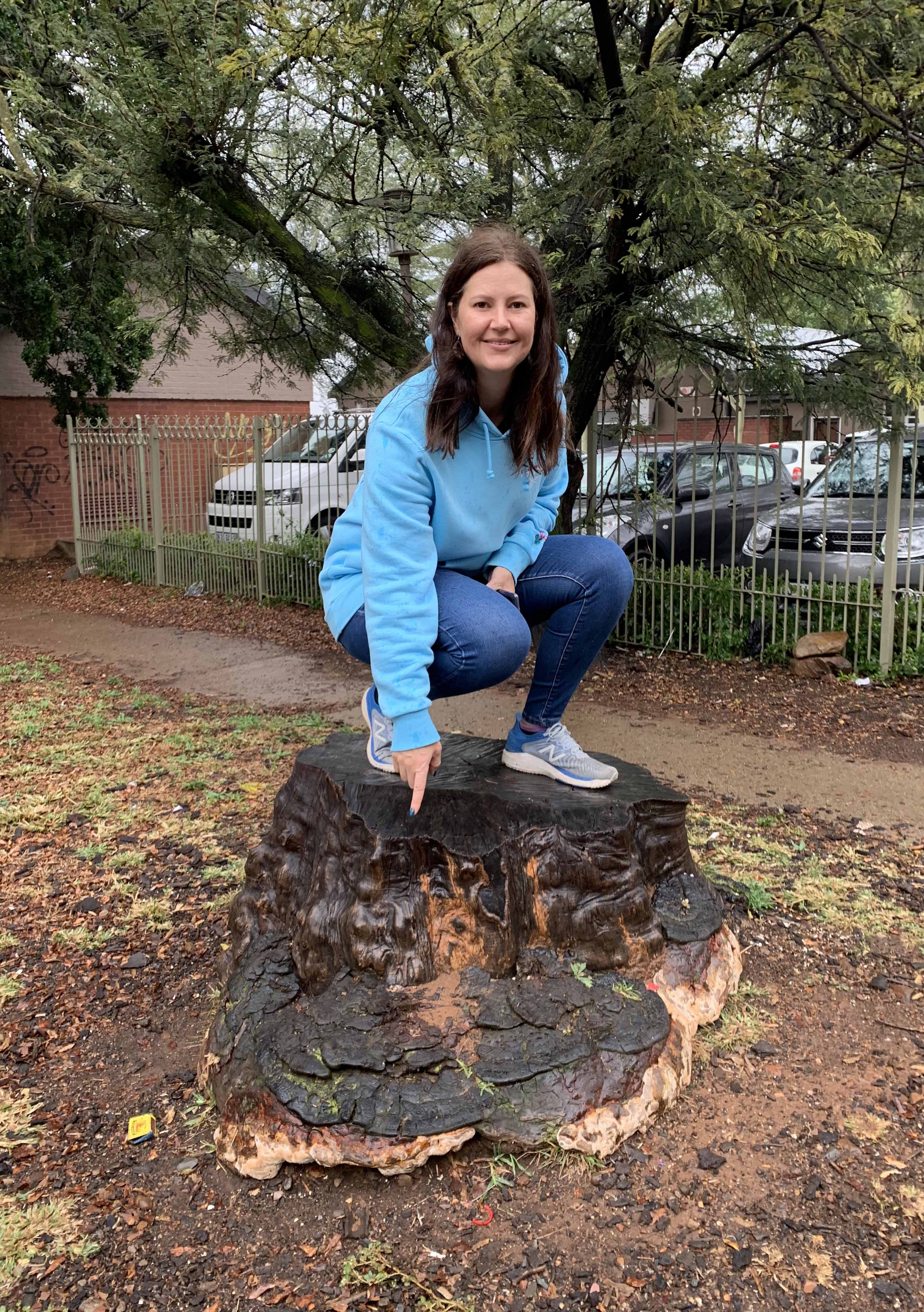 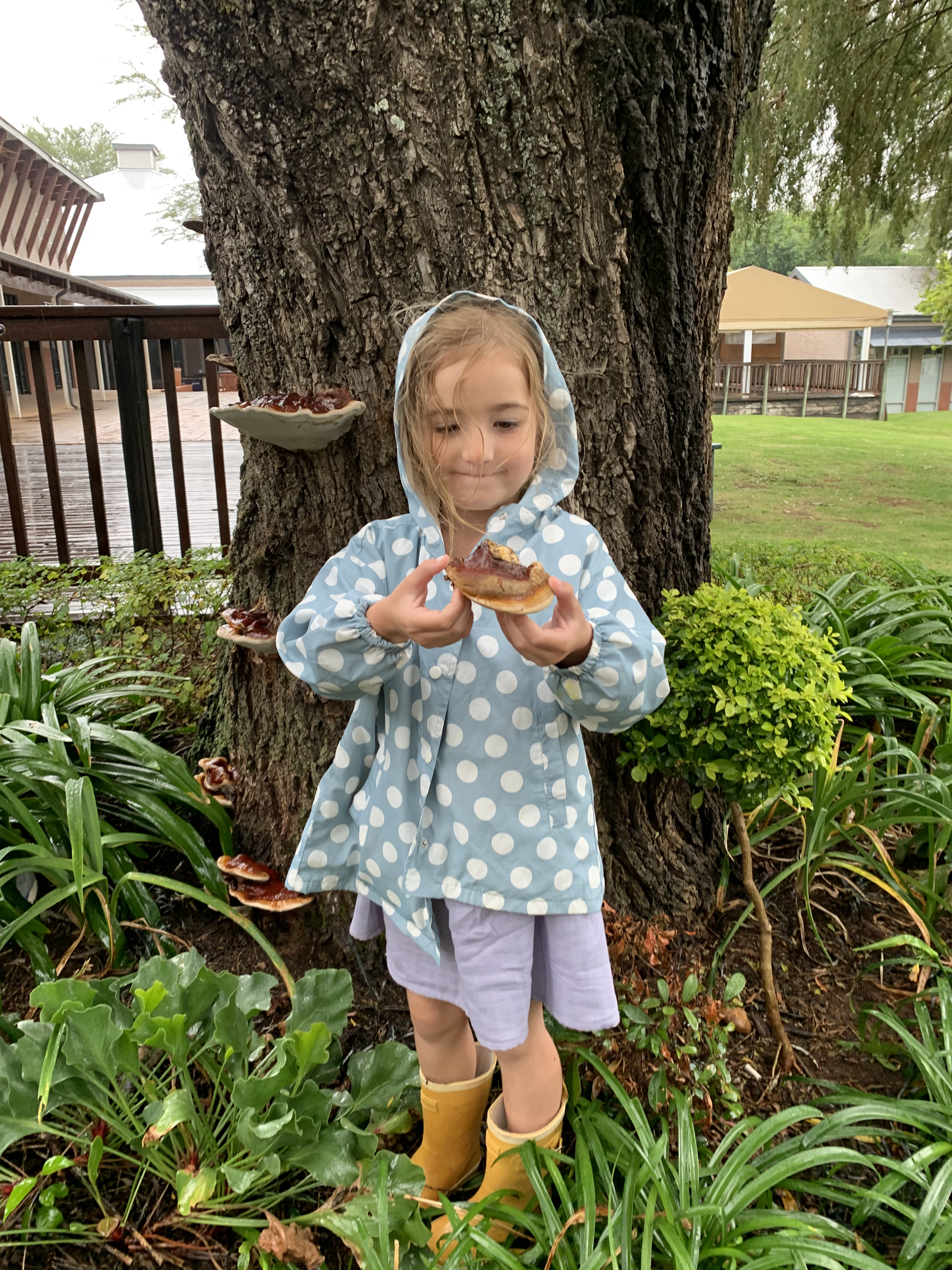 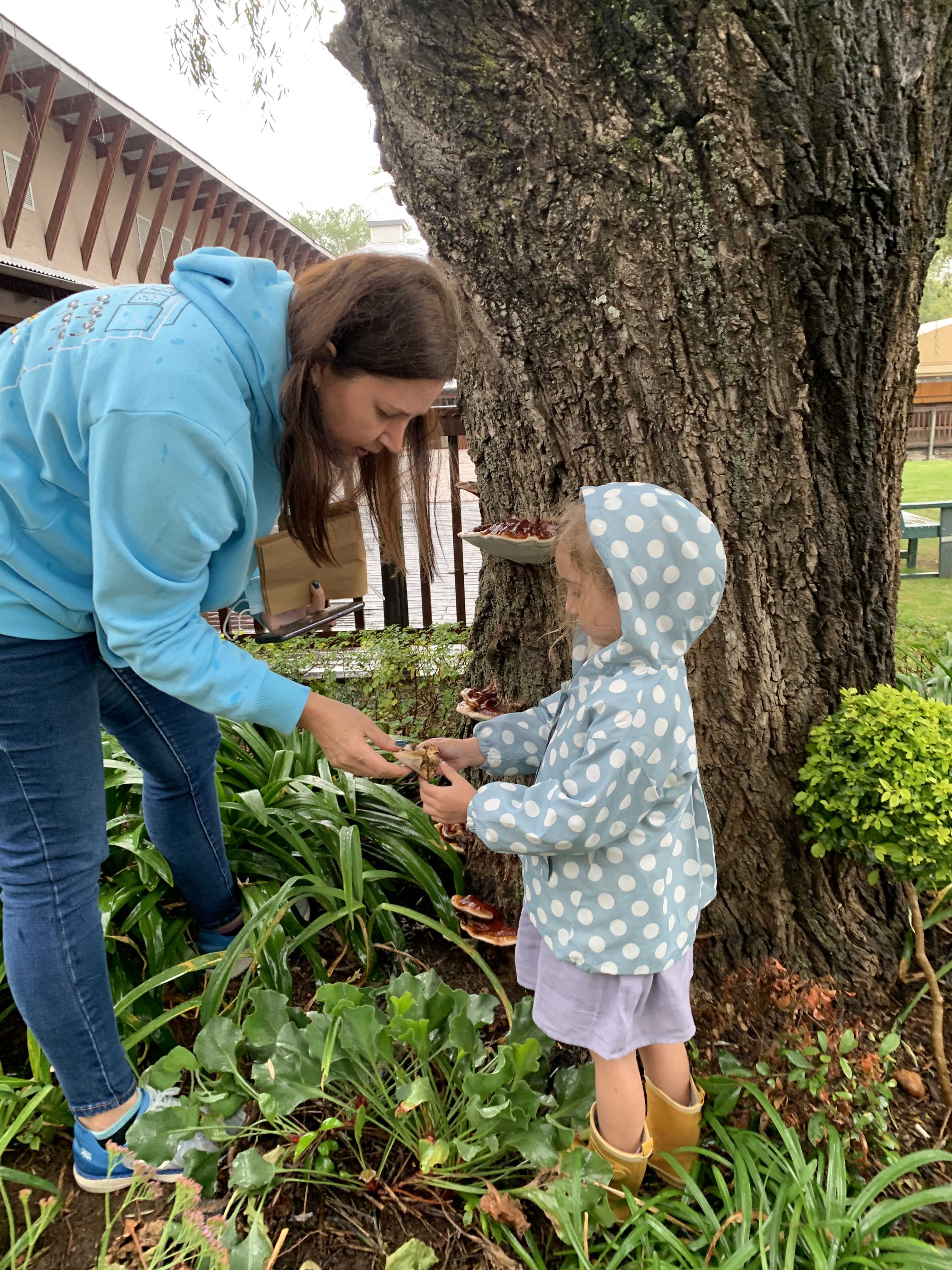 During an after-school walk, Luna Visagie (4,5 years old), daughter of FABI team members Dr Neriman Yilmaz and Prof. Cobus Visagie, spotted an impressive bracket fungus growing from the stem of a large Searsia lancea (Karee tree) in Menlo Park, Pretoria. While she did not know this particular fungus – a species of Ganoderma in the Ganoderma lucidum complex, her eye for fungi, in general, had (not surprisingly given her parents’ interests) been well trained since a very young age.  Her parents contacted FABI postdoctotral fellow, Dr Ariska van der Nest who is studying Ganoderma species causing damage to Acacia plantations in Indonesia as part of her postdoctoral research within the RGE-FABI Tree Health Programme. On Sunday 3 April, Luna joined Ariska to collect Ganoderma specimens where she learnt about these interesting and important fungi. Ariska will continue with the investigation where she will use DNA sequencing to identify the species. The FABI tree health team will continue to monitor the fungus and its hosts to expand a growing knowledge regarding Ganoderma species and the tree health problems with which they are associated in South Africa. Luna mentioned to Neriman and Ariska that she enjoyed the collection experience but that she thought Ganoderma smells disgusting. Amanita remains her favourite fungus because some of the species can be poisonous if eaten – or maybe because they appear as illustrations in many children’s fairy tales!