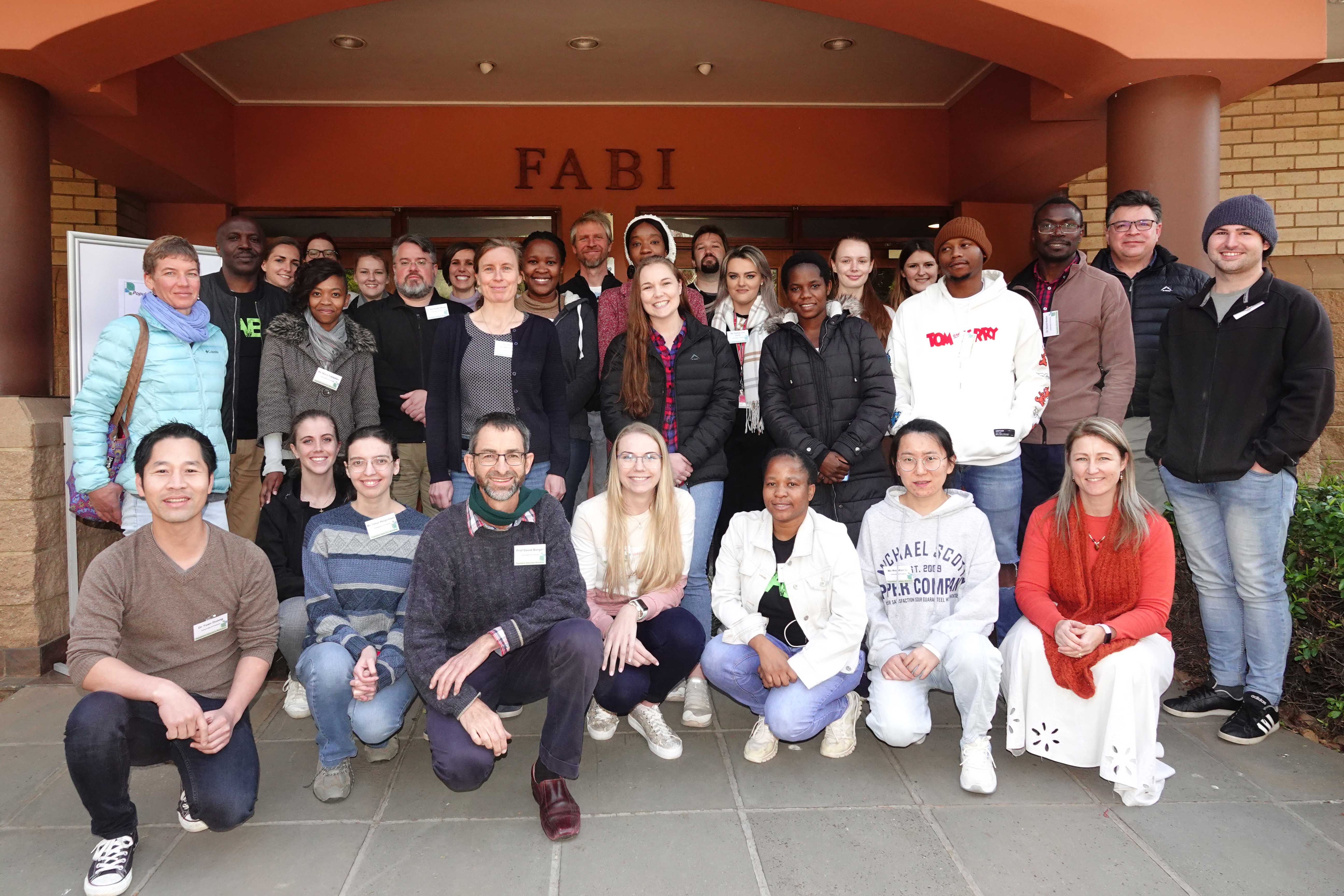 Professor Eva Stukenbrock from the Max Planck Institute for Evolutionary Biology, Plön, and the Christian-Albrechts University of Kiel, Germany presented a workshop on Population Genomics at FABI prior to the 52nd Congress of the Southern African Society for Plant Pathology (SASPP) - SASPP2022. This is an exciting field for two reasons. First, biologists are increasingly studying populations of a species, rather than a single “model” individual. Second, population genetic studies are moving from a small number of DNA markers to whole genome sequences, thanks to the reduced costs of genome sequencing.  Prof. Stukenbrock illustrated key advances in the field using examples from her ground-breaking work on the Zymoseptoria complex of fungi which cause major yield losses to wheat.

There were 30 participants at the workshop, which was co-ordinated by Prof. Dave Berger, MPPI, FABI. Attendees included SASPP congress delegates, members of FABI, three Departments at the University of Pretoria, the University of KwaZulu-Natal, and the University of the Free State.  Each participant had an opportunity to present their research questions and experimental design of their projects, which covered populations of diverse organisms – crops, trees, insects, parasites, fungi, oomycetes, and bacteria. Prof. Stukenbrock gave insights into each project, and during the workshop covered the latest trends in population genetics and genomics studies; how to pose a good research question in the field; experimental design; tracing the evolution of organisms using genome data; and common pitfalls in the field.

She also presented a keynote lecture at the SASPP2022 conference on the topic “Microbial interactions and co-evolution in the plant phyllosphere”, where she described recent work from her lab on the interactions between the Zymoseptoria fungal pathogens and other microbes.  Prof. Stukenbrock is a co-supervisor, together with Prof. Irene Barnes, Dr Tuan Duong and Prof. Dave Berger of the PhD study of Tanya Welgemoed in FABI who is looking at the population genomics of the maize fungal pathogen Cercospora zeina which has a similar lifestyle to the Zymoseptoria pathogens of wheat.