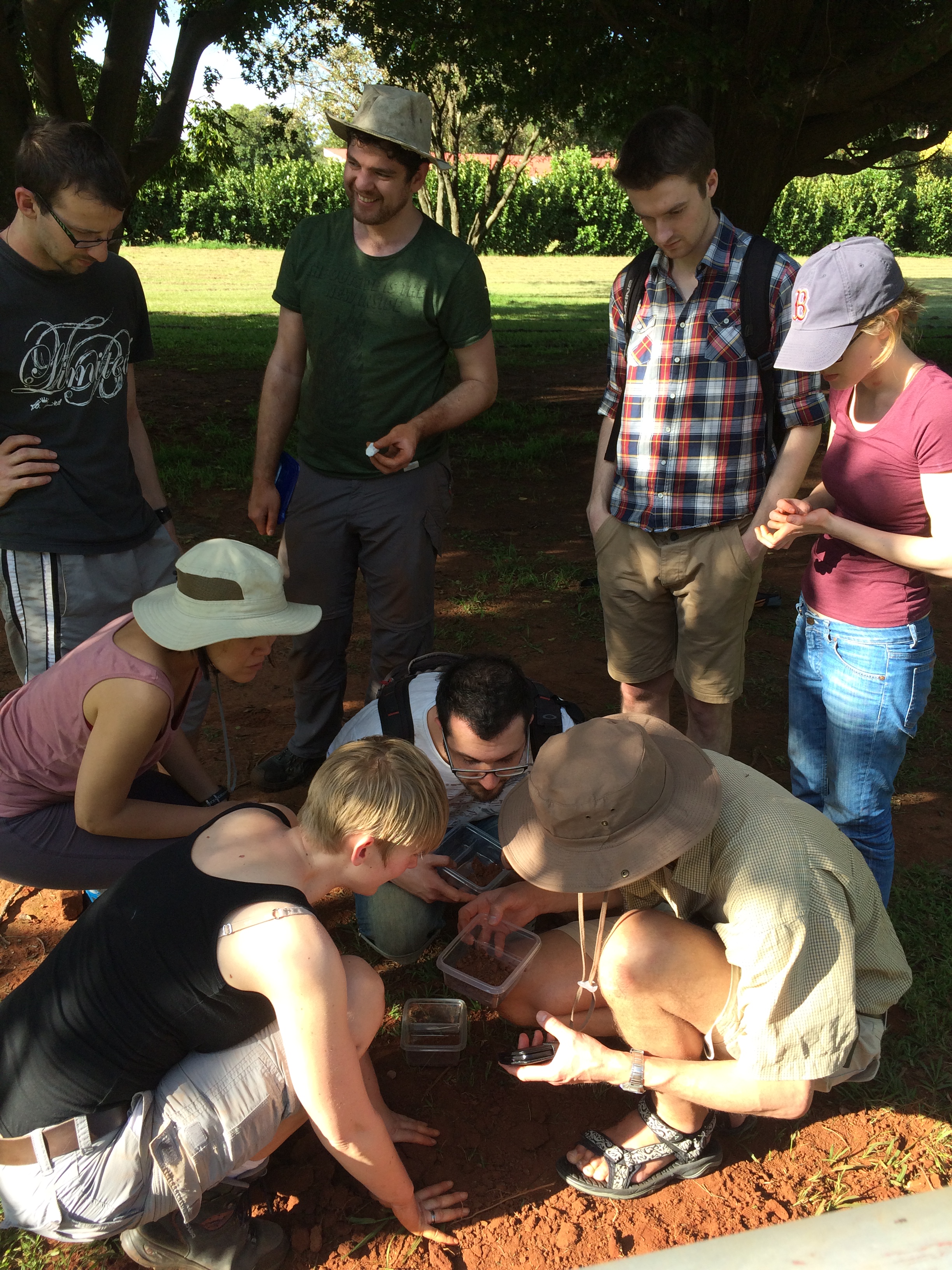 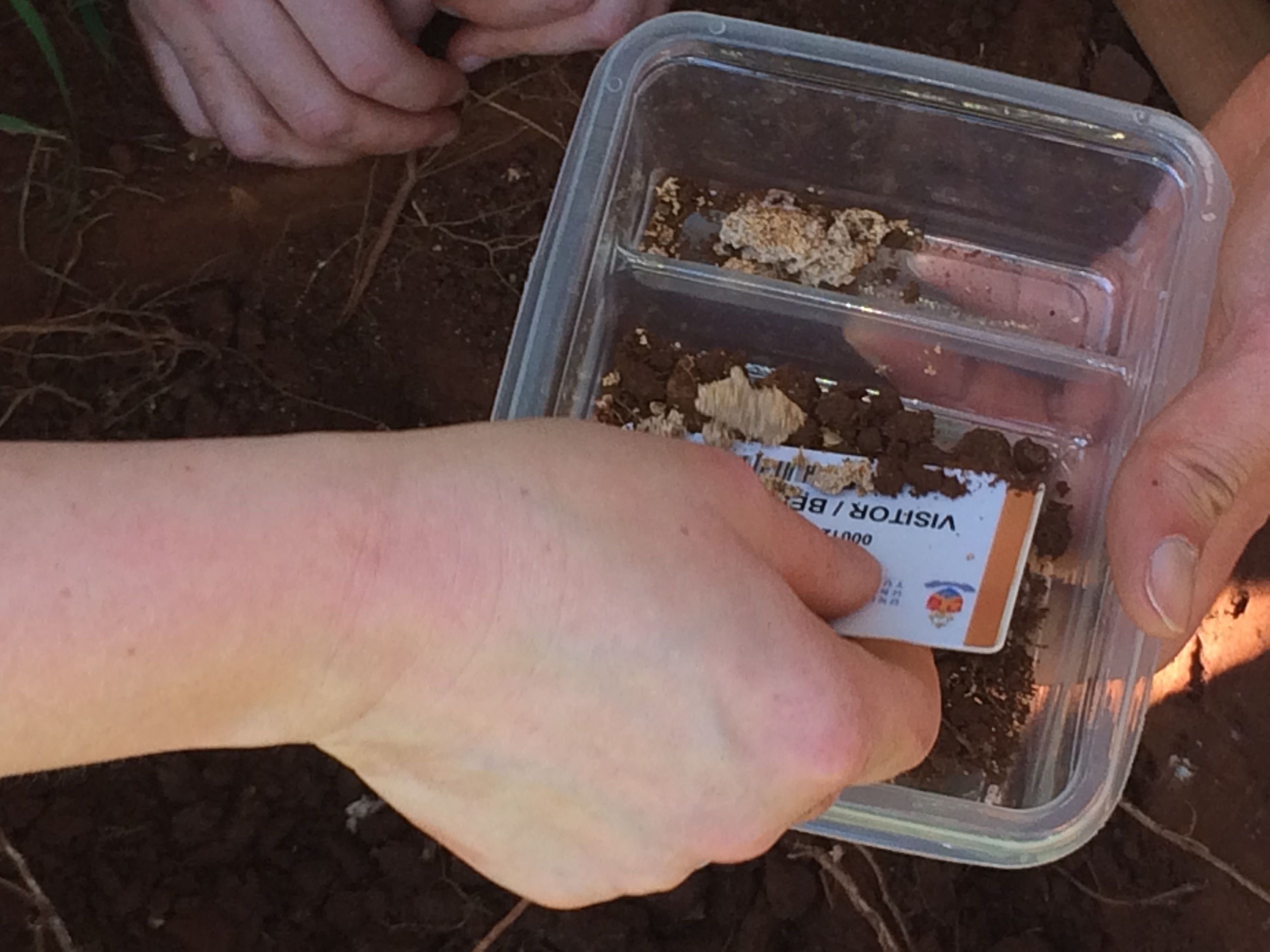 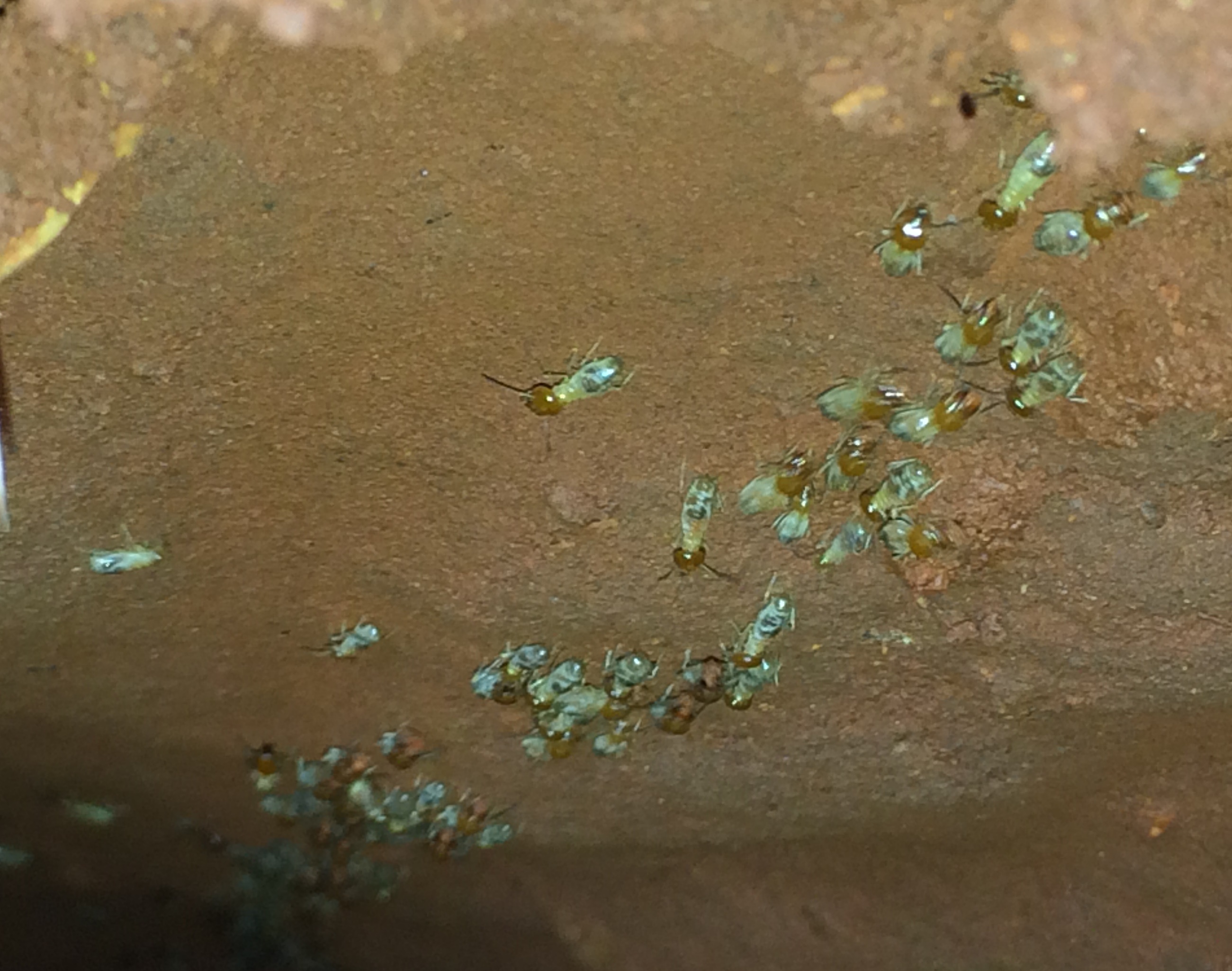 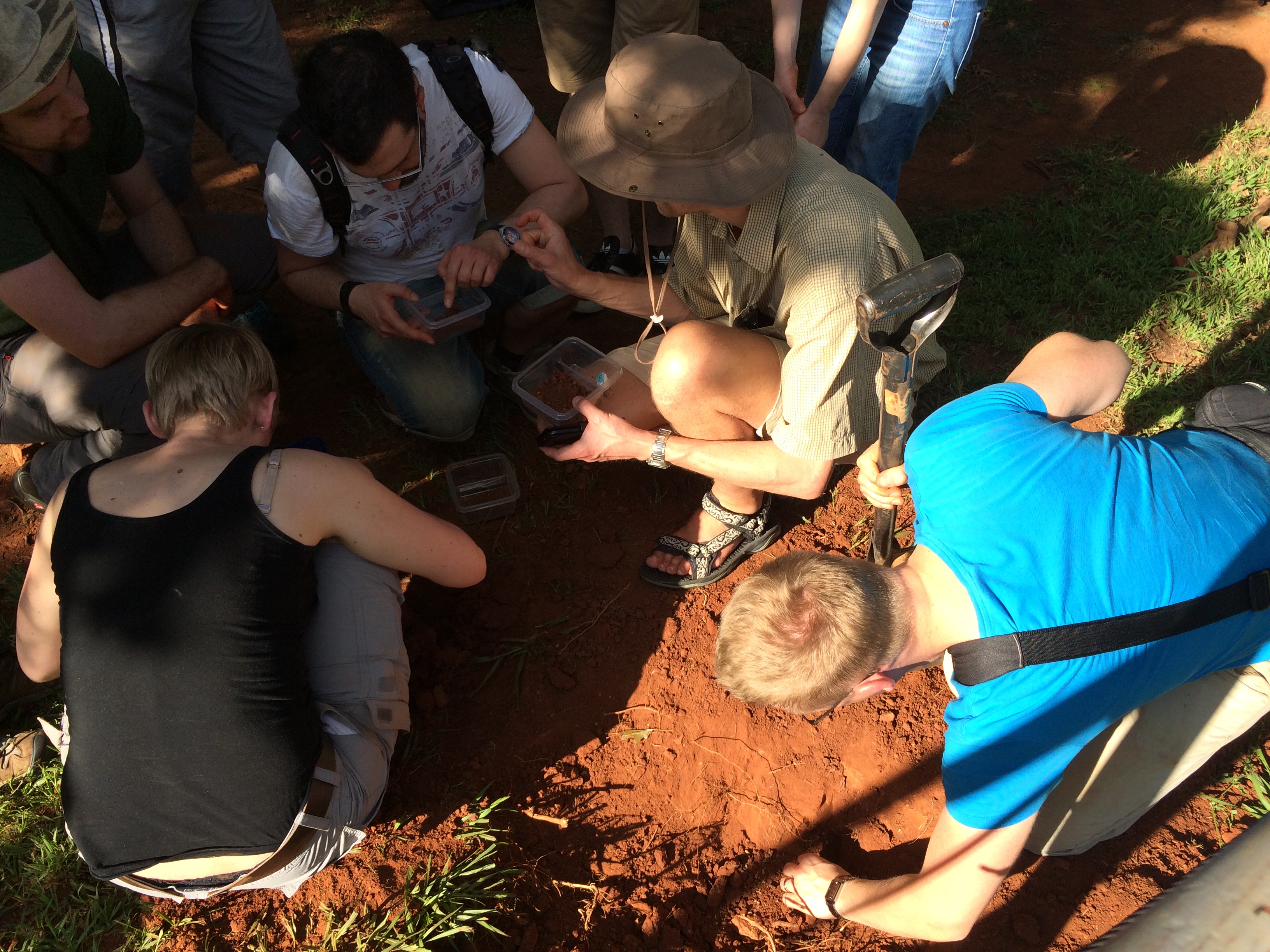 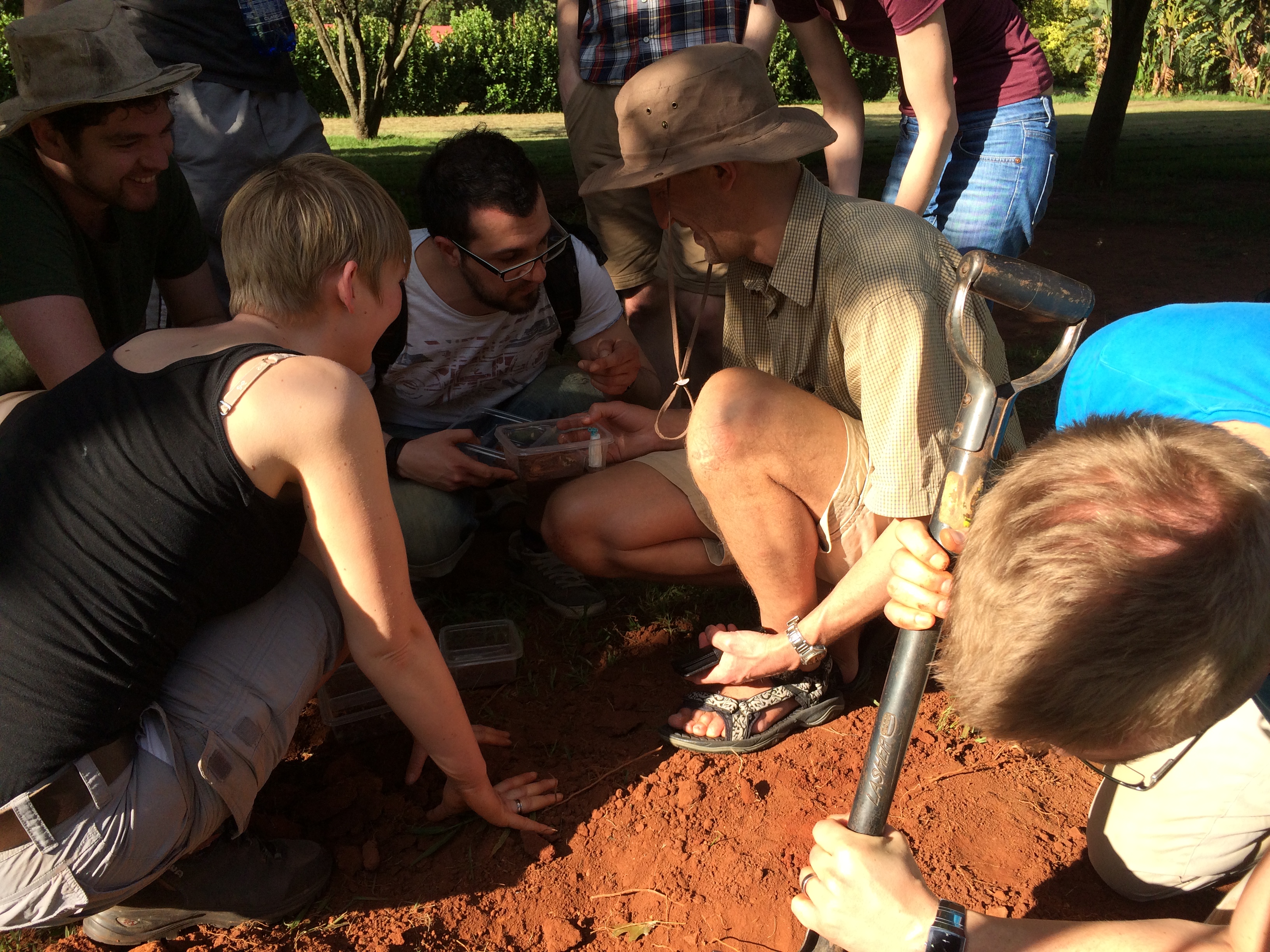 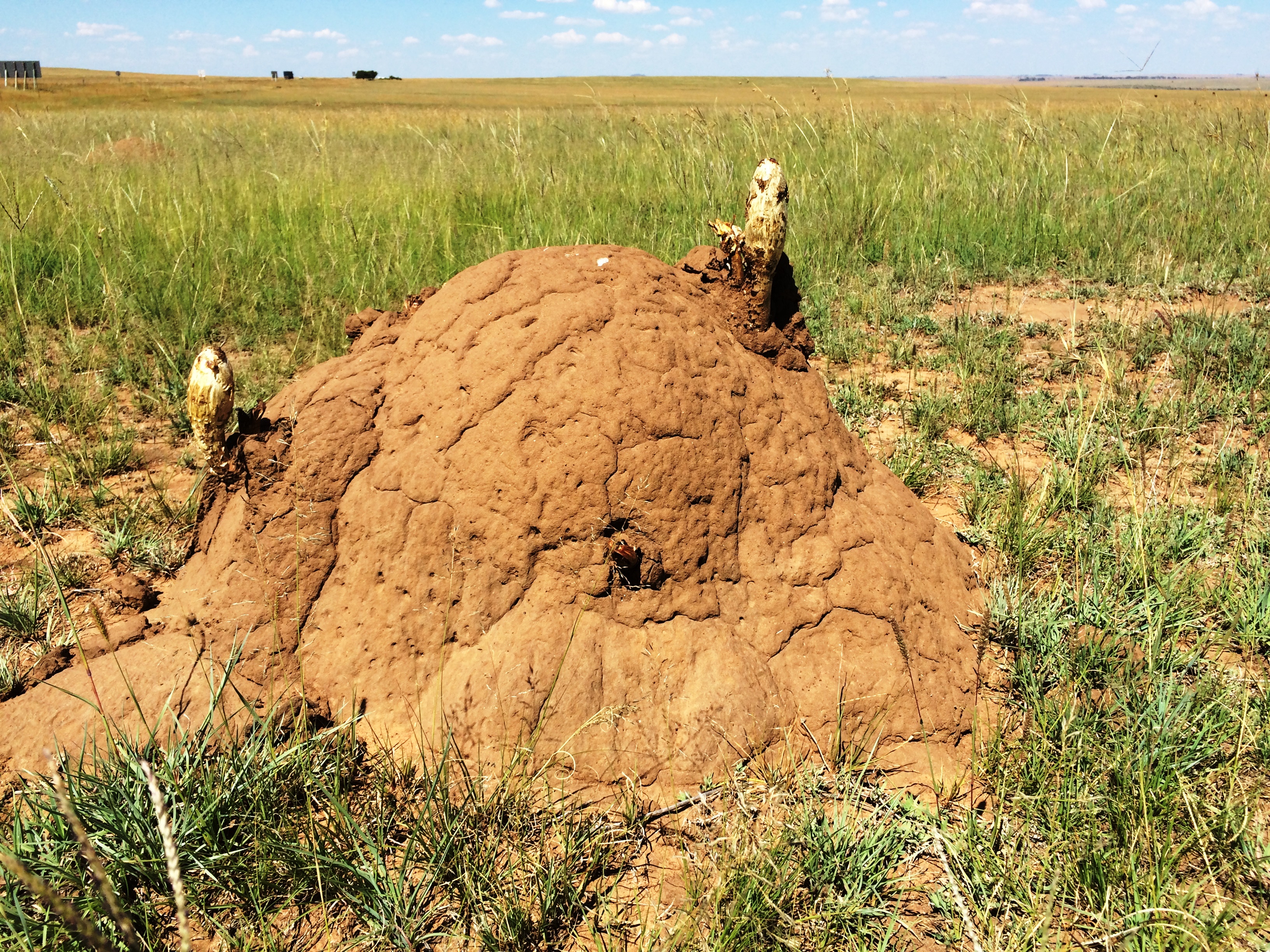 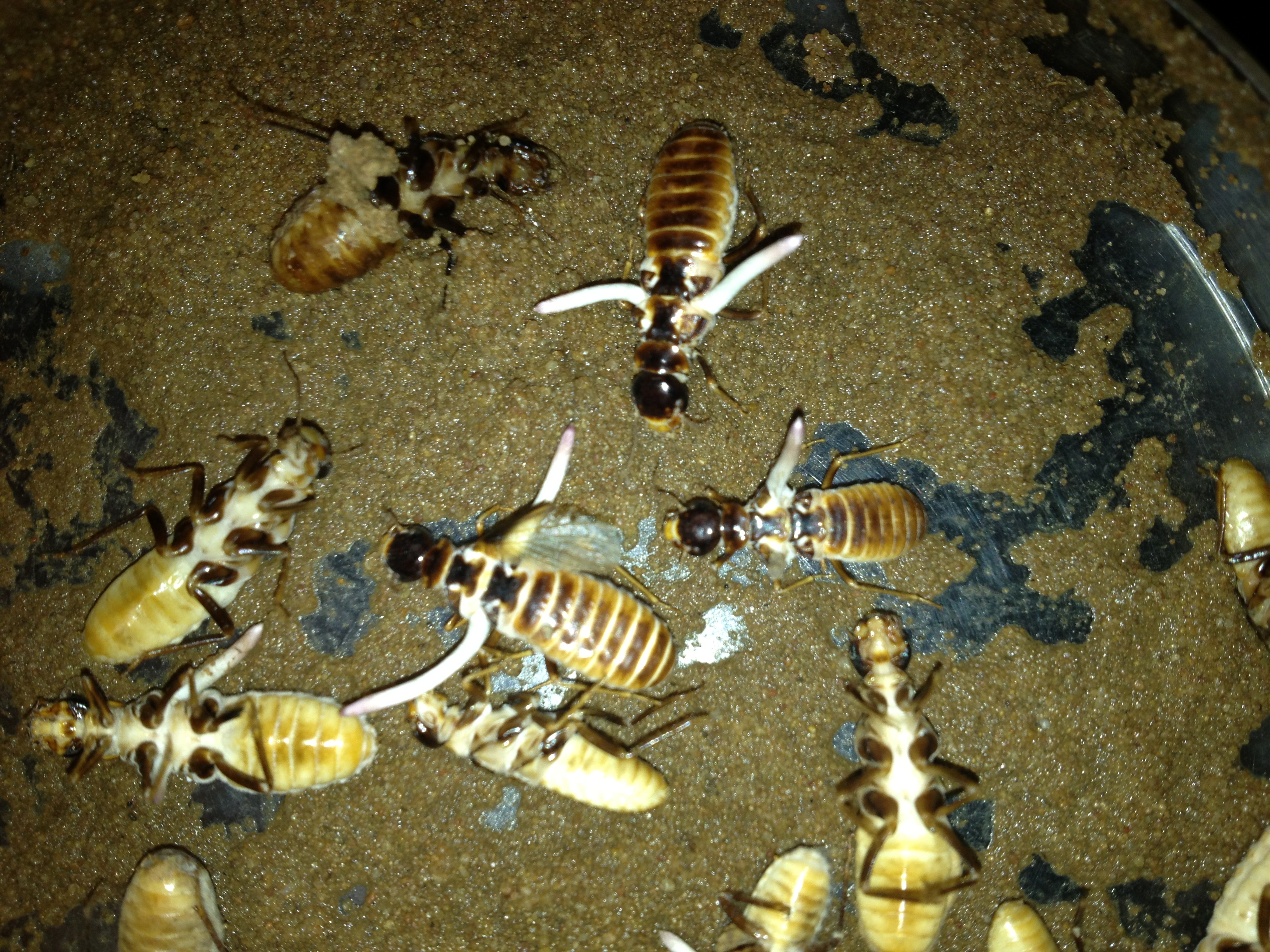 During the past week a team of eight researchers arrived in Pretoria for a 4-6 week stay in FABI. The team is under the leadership of Profs Duur Aanen and Michael Thomas-Poulsen, respectively from Wageningen University (WU)  and the University of Copenhagen (UC). Other team members include Dr Nick Bos of the University of Helsinki, PhD candidates Saria Otani (UC), Sabine Vreeburg (WU), and René Benndorf (Leibniz Institute for Natural Product Research and Infection Biology), as well as MSC students Ben Colon (UC) and Jane de Verges (UC). The research projects of the various team members focus on diverse aspects of the molecular ecology and evolution of the symbiosis between termites, fungi and bacteria. The purpose of the visit is especially to do field collections of these organisms.
Dr Wilhelm de Beer of FABI acts as host for the current group. The friendship and collaboration between him, Profs Bernard Slippers and Mike Wingfield, and the senior members of the international team dates back for more than a decade already, and has resulted in several publications together, the most recent of which appeared last year in PNAS. It is both a joy and privilege to host them once again. During the course of their visit there will be several presentations on their work. Last Friday the postdoc and student members of the team presented a group seminar. Two further seminars will follow on 27 January and 12 February, respectively by Profs Koos Boomsma, Director of the Copenhagen Centre for Social Evolution, and Michael Poulsen, Programme leader in the section Ecology and Evolution in the Department of Biology. The seminars are open for anybody to attend. Details about times and venues are under FABI events on the FABI website.