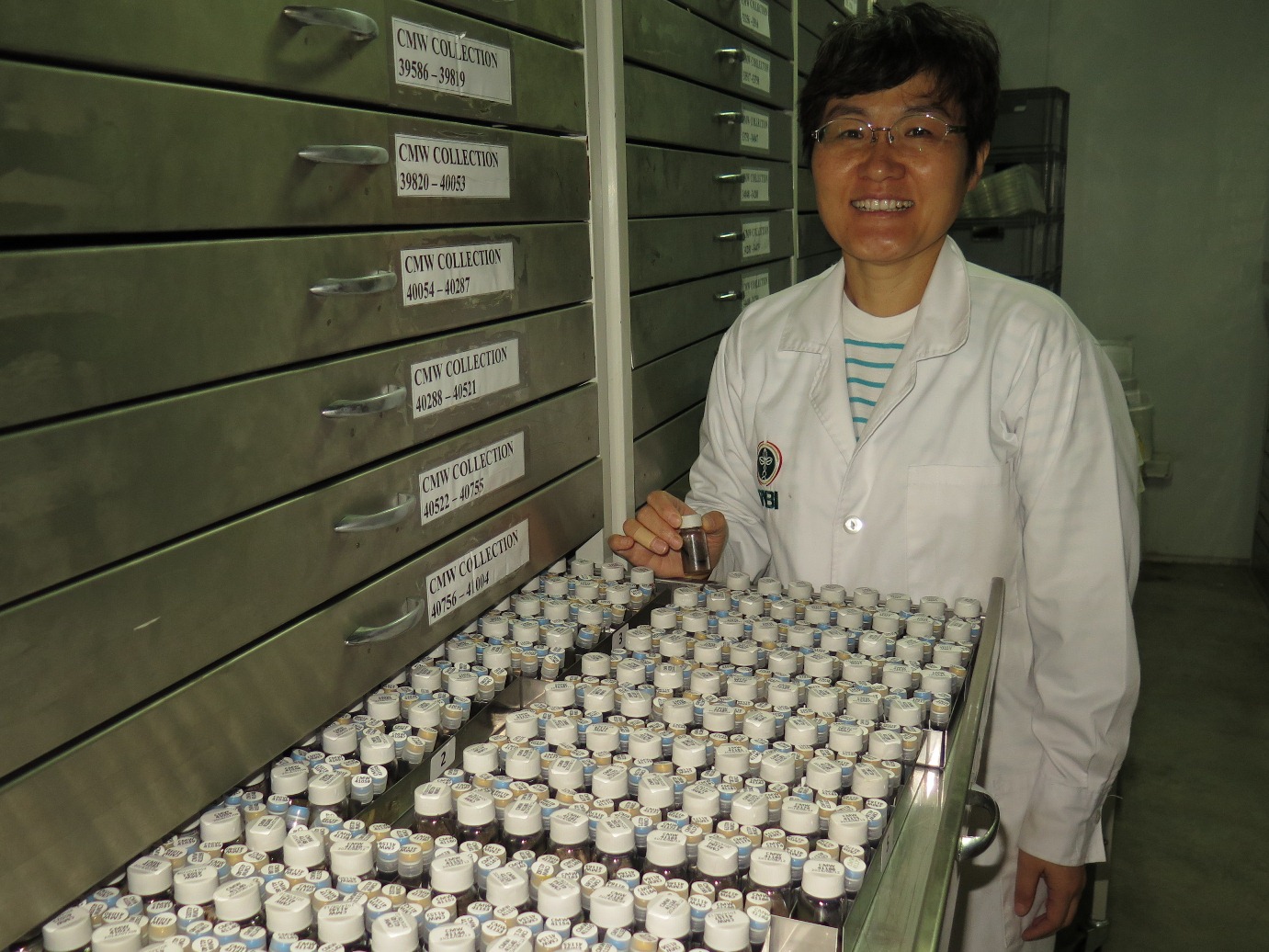 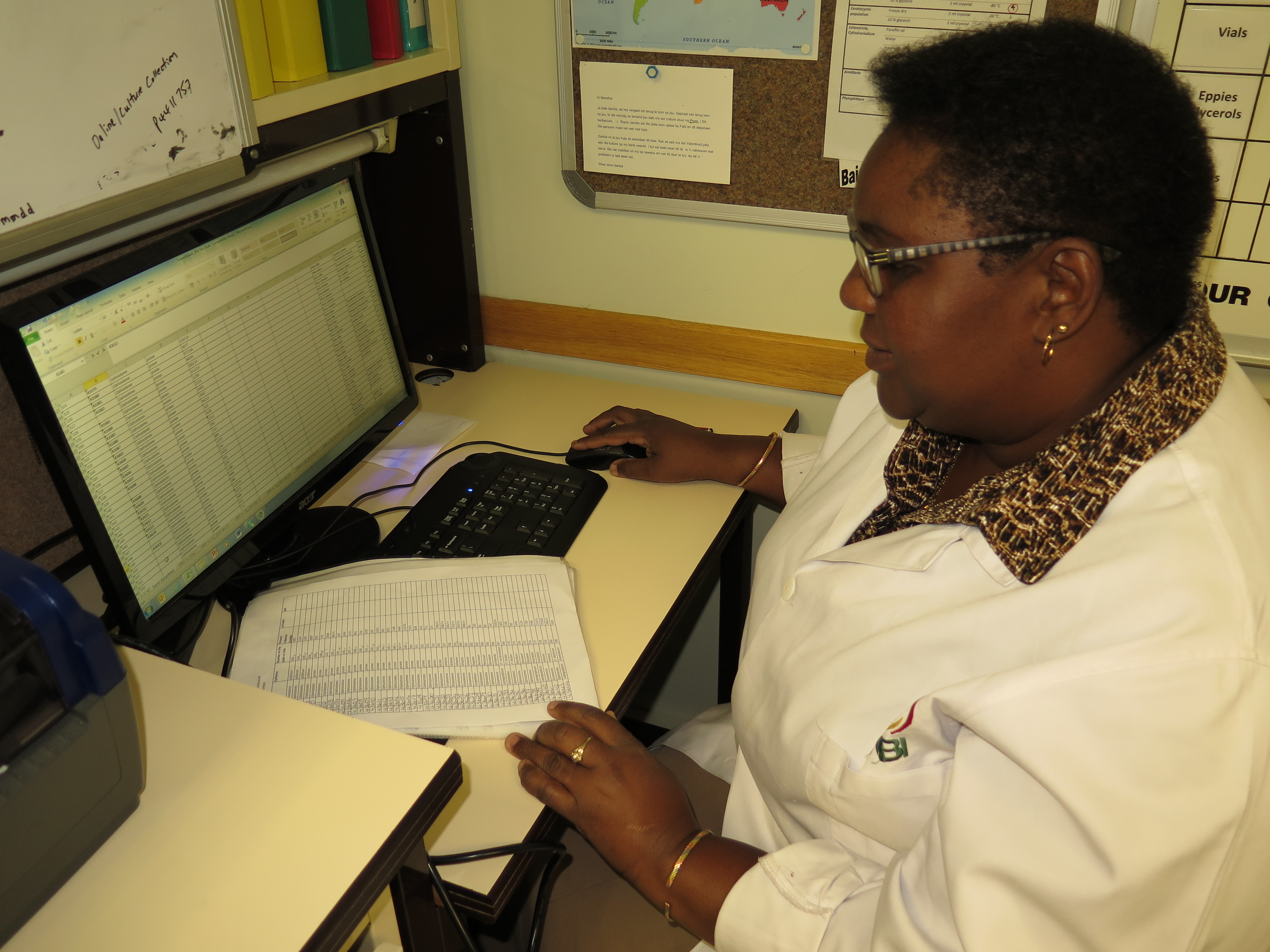 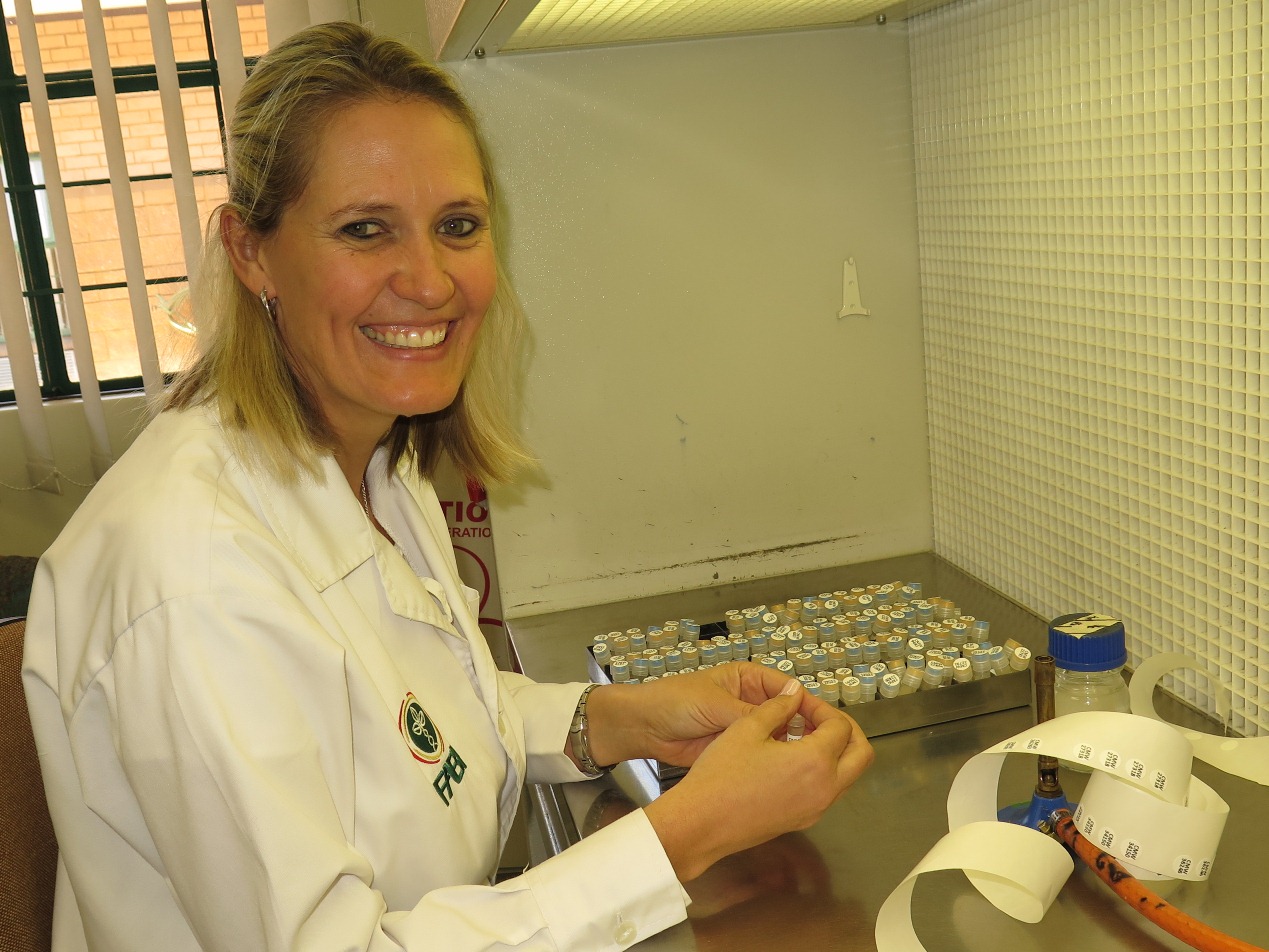 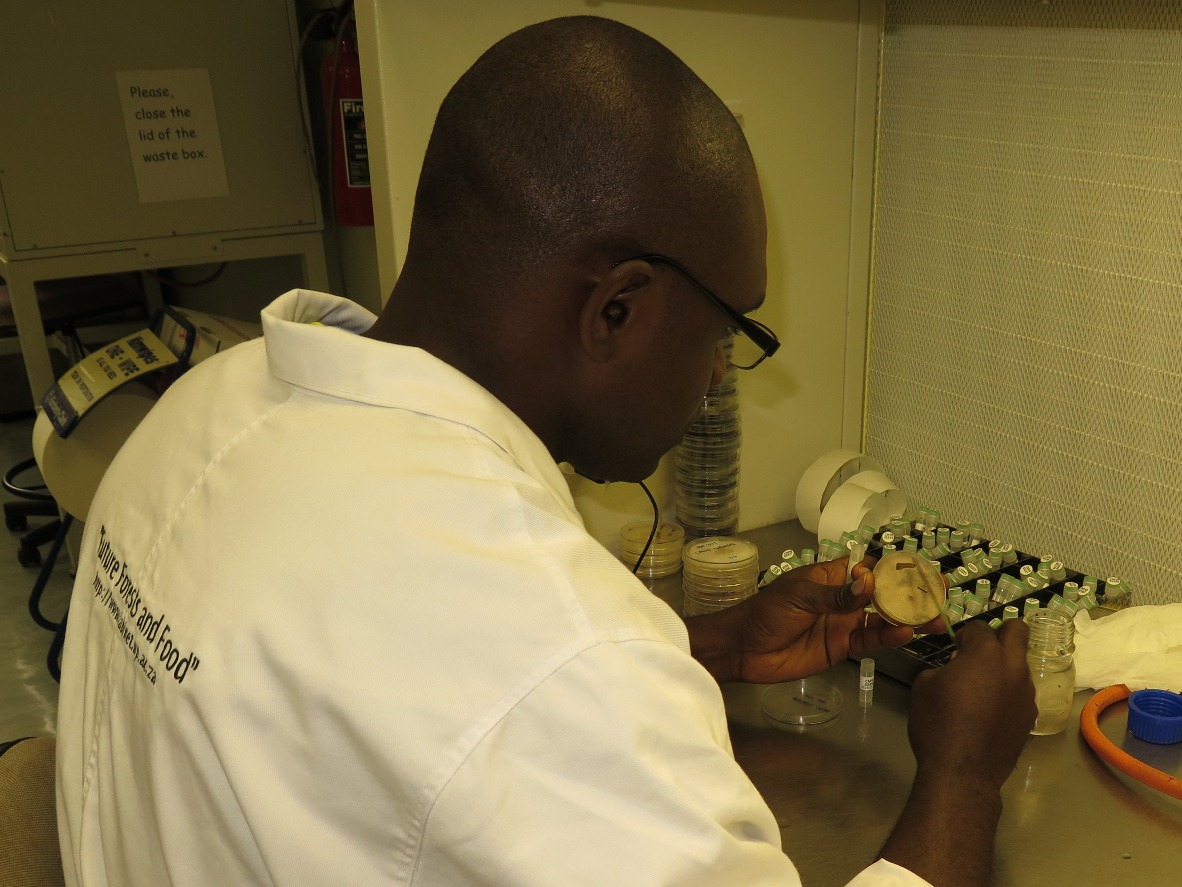 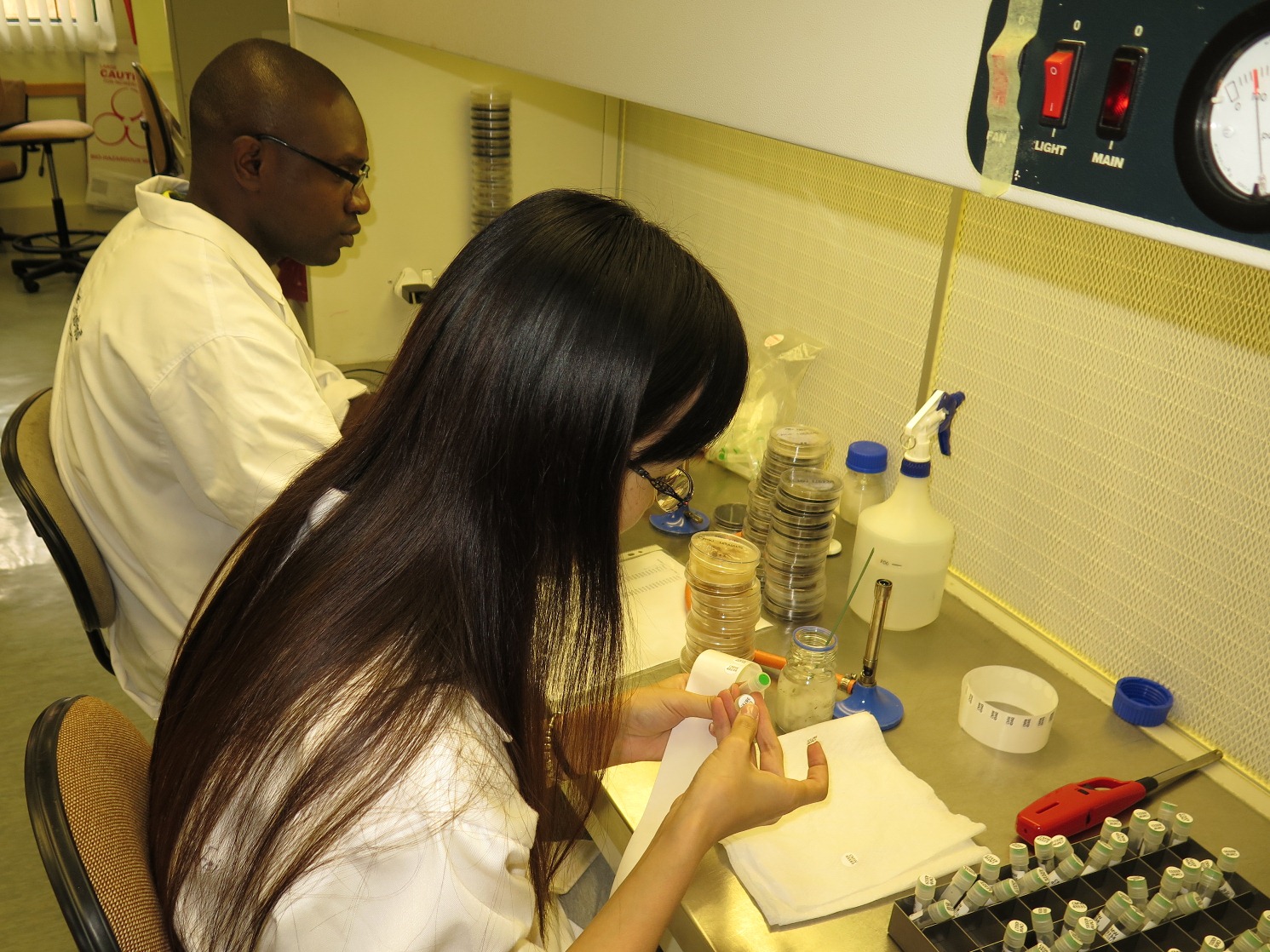 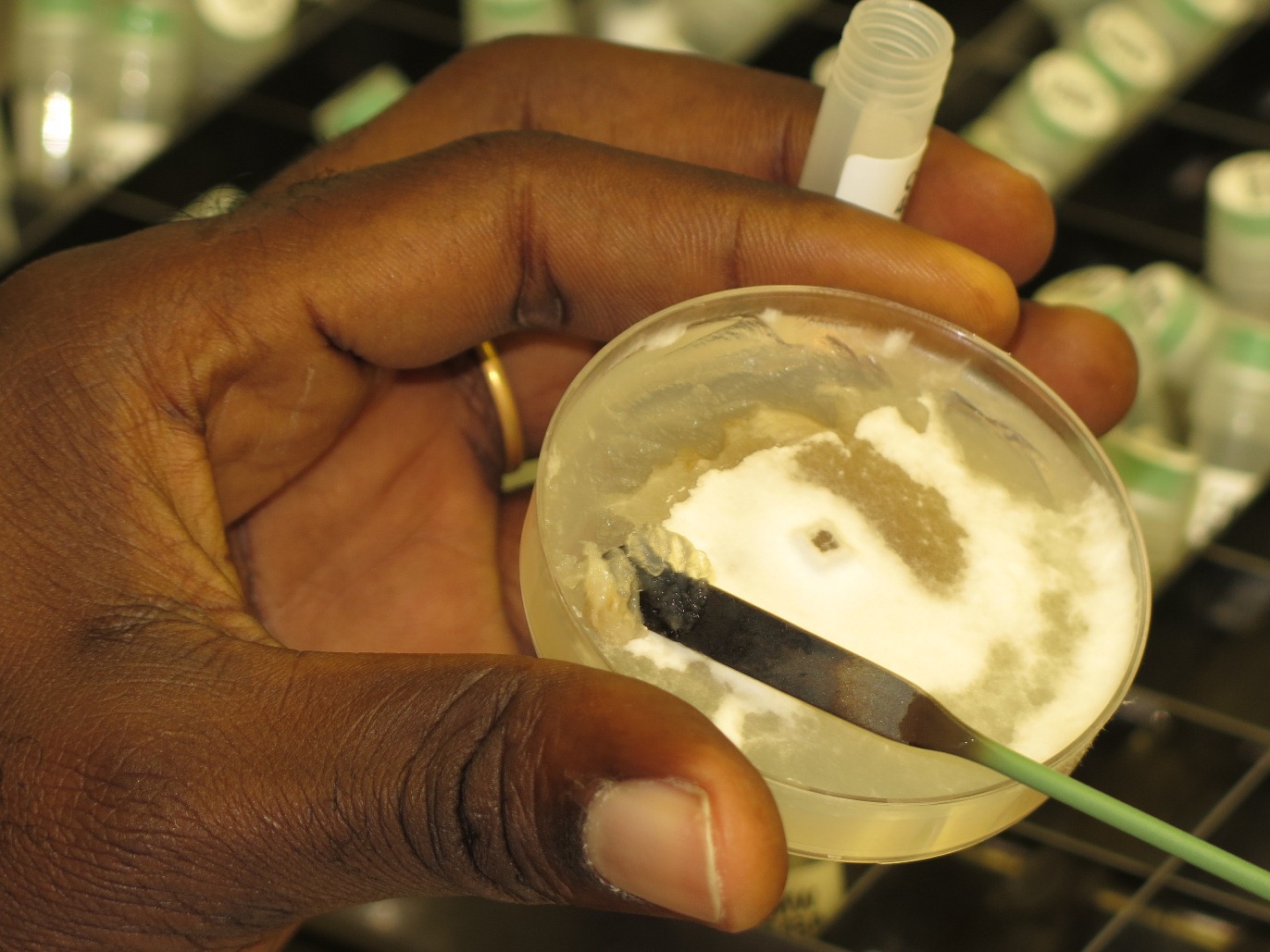 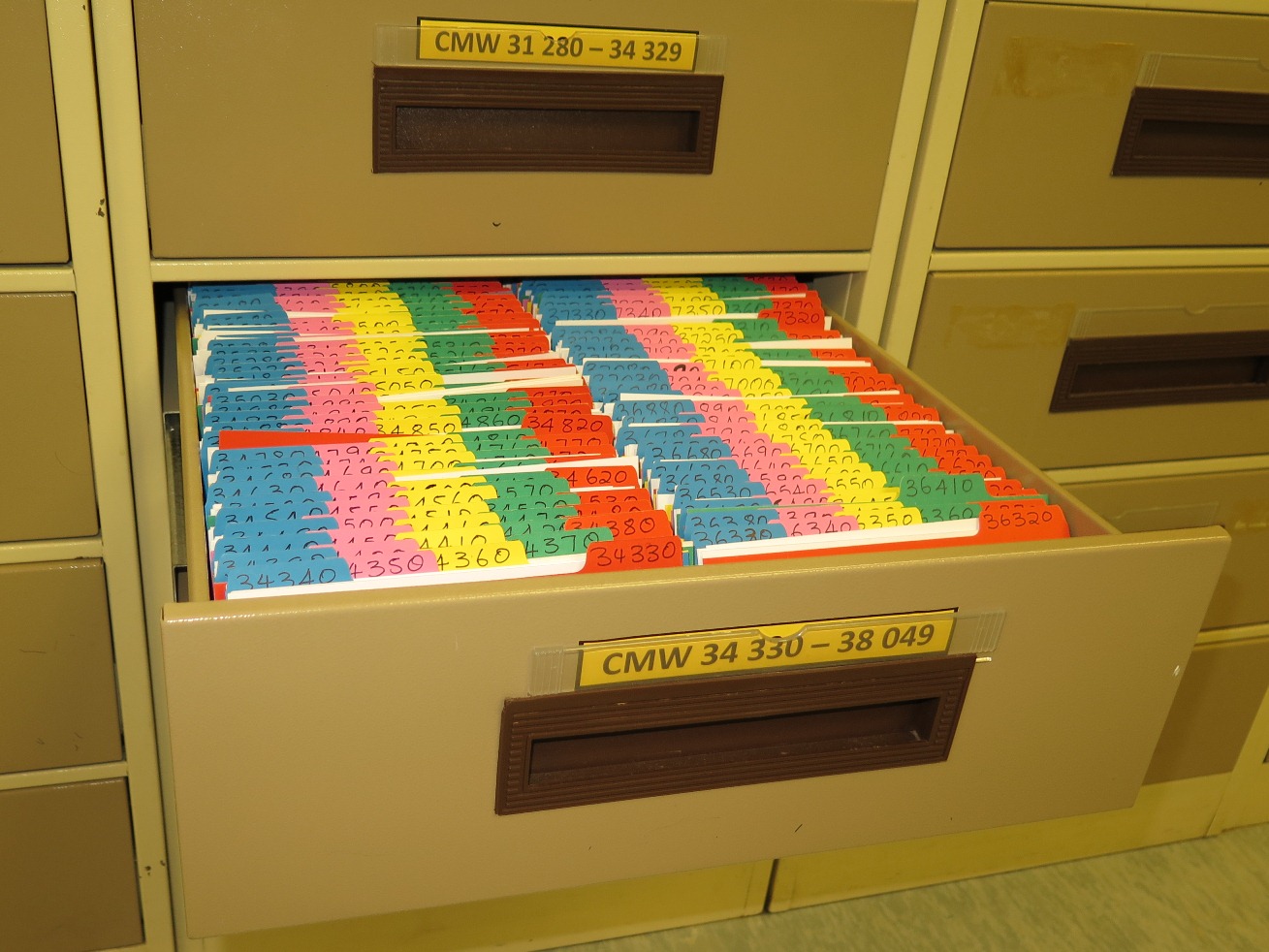 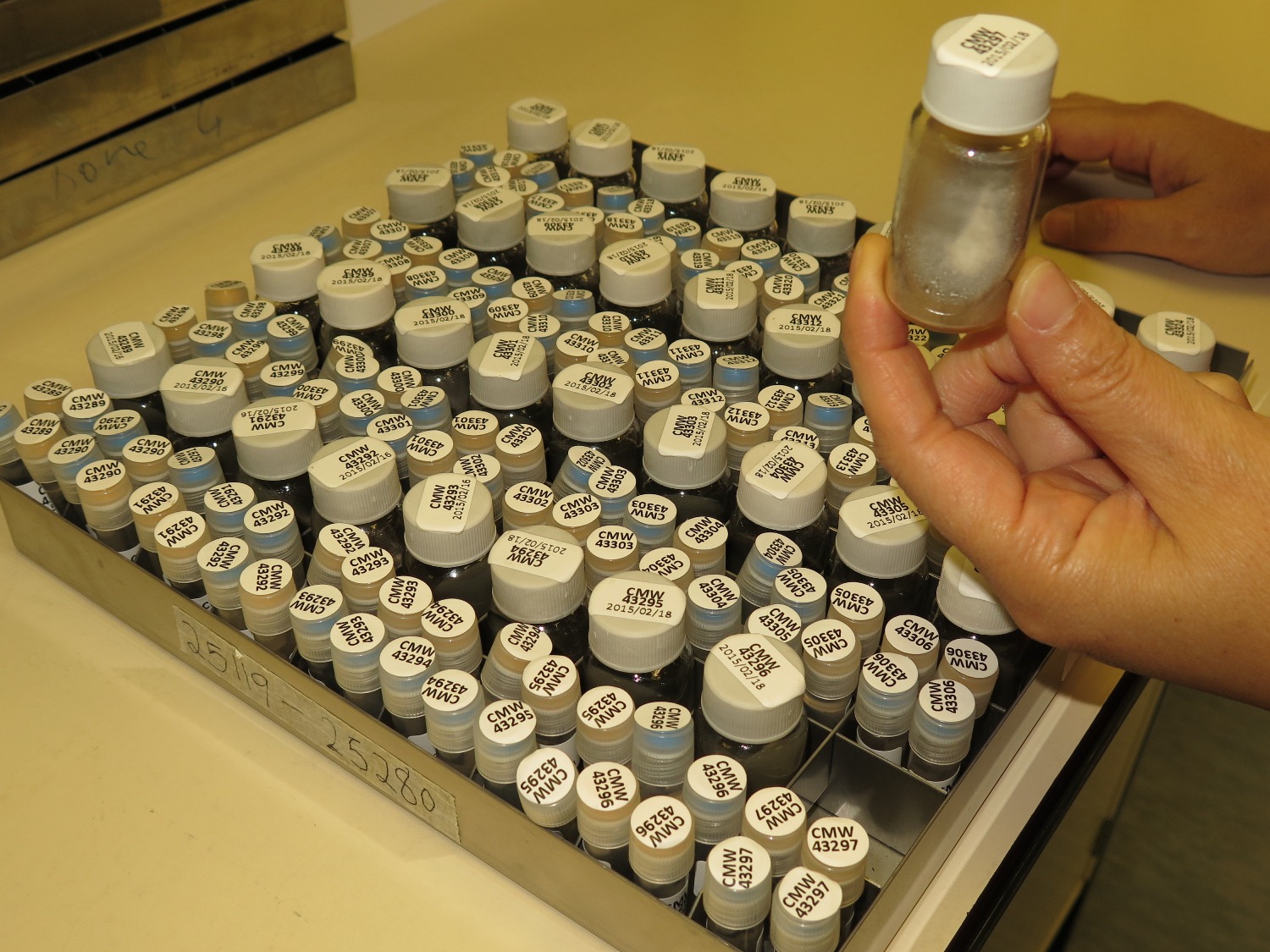 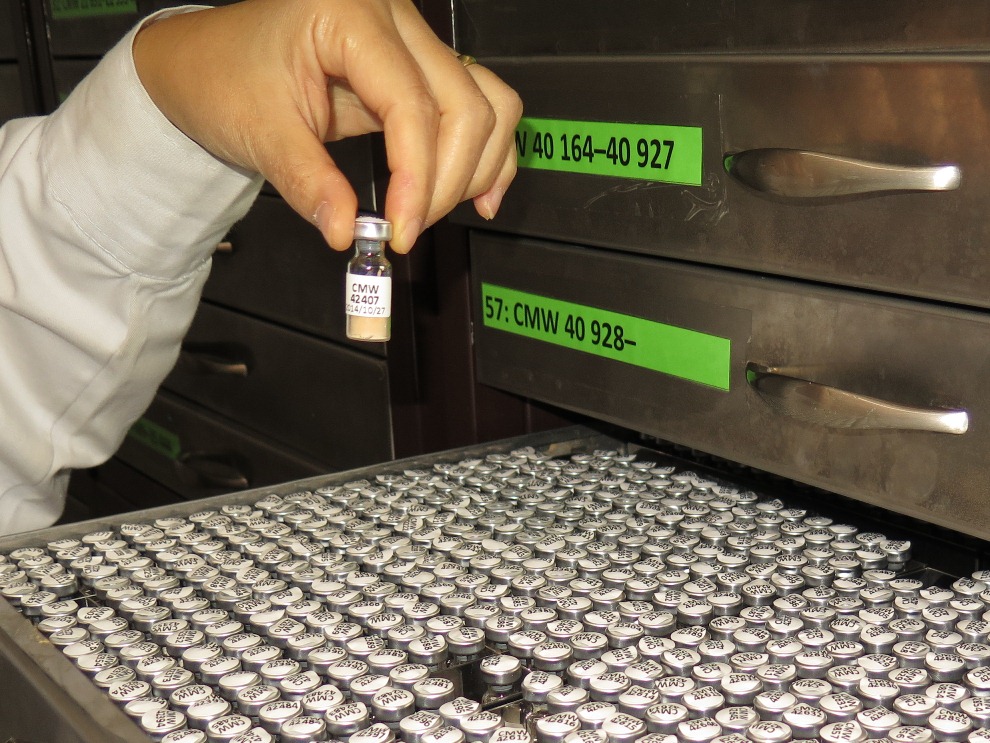 It has been a very busy start to the year for the staff managing the CMW Fungal Culture Collection at FABI. New culture deposits into the collection have grown by almost a third of its average annual number in the first two months of 2015.

The FABI collection is one of the largest private collections of fungal cultures in the world and was established in the 1980's by FABI Director, Prof. Mike Wingfield, as his research collection. At present the collection has more than 43600 living fungal isolates and this number continues to grow strongly. In the first two months of this year alone the collection grew by 670 cultures, which is almost a third of the usual average annual growth of 1500-2000 cultures.

The collection is especially known for accommodating focus groups of fungal agents of tree disease in commercial forestry, and includes some of the most comprehensive collections in existence of the ophiostomatoid fungi (Ophiostoma, Sporothrix, Ceratocystis etc.), the Botryosphaeriaceae, Cryphonectriaceae, and Fusarium. Collaborators from all over the world deposit cultures here for preservation of these important tree pathogens.

The preparation, storage, maintenance and cataloguing of this collection is of vital importance and this is done by a group of six staff and postgraduate students. Dr Seonju Marincowitz is the curator of the collection and she is assisted by laboratory technicians Valentina Nkosi and Maretha van der Merwe. They are assisted by four FABI PhD students: FeiFei Liu, Run Lei Chang, Alain Misse and Michel Tchotet. They assist in preparing the samples for preservation, working six hours per week as part of their FABI responsibilities.

The fungal cultures are preserved in four different media: sterile water, agar slants, mineral oil and freeze dried with a skim milk formula. Some fungal groups require more specialized methods for preservation and these are stored in glycerol at -80°C and as scraped mycelium at -20°C. Preservation in glycerol is the ideal means of preservation, but due to the size of the collection only Ceratocystis cultures are preserved in this way due to the genus’ importance within the collection.

Dr Marincowitz runs a tight ship with every culture sample coming in being logged and recorded both electronically and manually on data cards. Every plated sample received is first put through a broth test to check for bacterial contamination. Pure cultures are then prepared for preservation by the team of four students. All samples are processed within a month of delivery to ensure maximum vigour of samples.

The CMW collection forms the foundation of much of the research in FABI. E.g. 54 of the 84 research papers published during 2014 in FABI has dealt with aspects of fungi, ranging from genomics, symbiosis, invasion and population biology, to pathogenicity and taxonomy. However, what is important to note is that the collection is not a public collection as all of the staff salaries and much of the operational costs are financed from the TPCP and DST-NRF CTHB programs in FABI. All isolates of new fungal species discovered and described in FABI are thus also deposited in the world-renowned Centraalbureau voor Schimmelcultures (CBS) in the Netherlands.