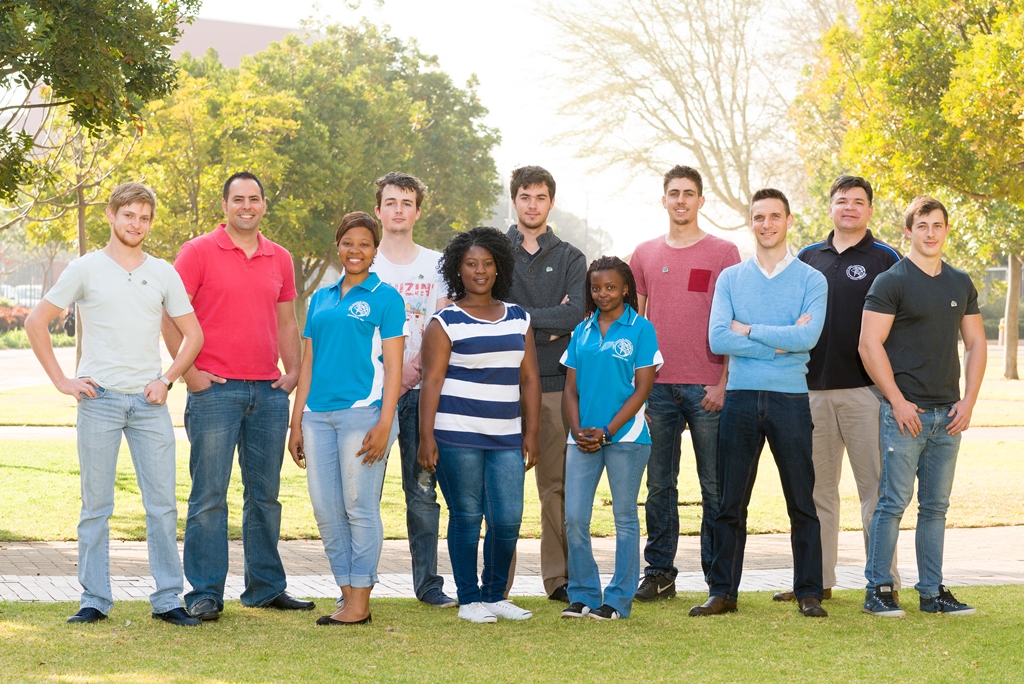 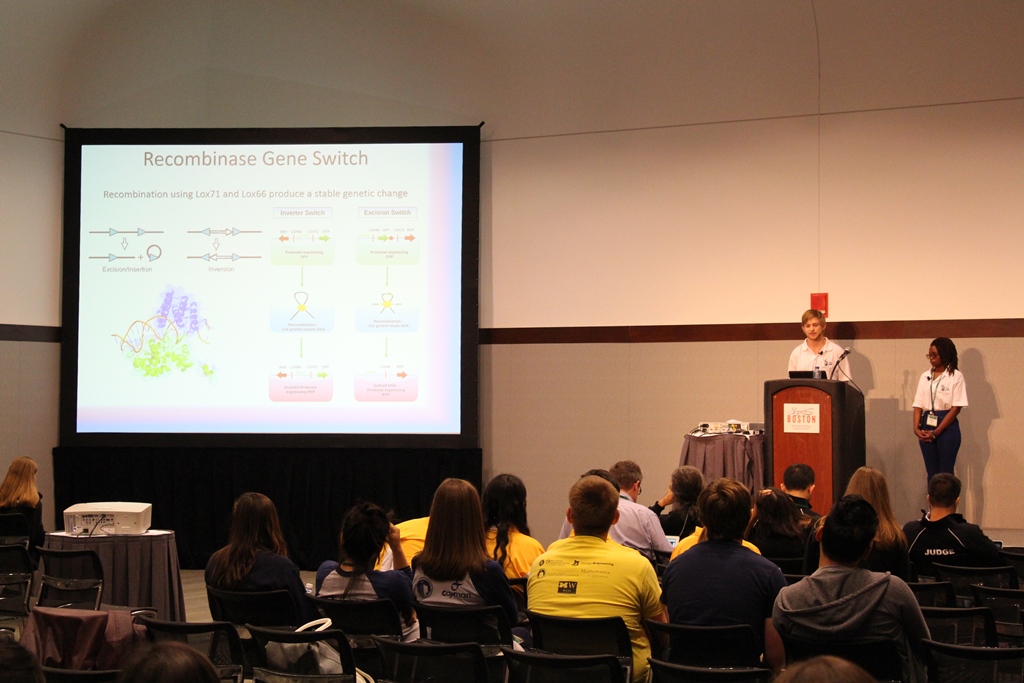 The International Genetically Engineered Machines (iGEM) competition, started at the Massachusetts Institute of Technology (MIT), draws hundreds of high school and university teams from around the world annually to compete in what has become the premier international synthetic biology student competition. Synthetic biology is an emerging field of biology which combines modern molecular biology and systems engineering concepts to develop innovative solutions such as cancer-targeting viruses, novel biosensors or even DIY biological 3D printers. 2015 marks the first year that a student team affiliated with FABI participated in iGEM, and only the third occasion that any African team has participated in this prestigious competition.

The Forest Molecular Genetics (FMG) Programme, with support from the Department of Science and Technology (DST), sponsored seven undergraduate and one BSc Honours student to participate in the iGEM 2015 competition. The team (Pretoria_UP) was mentored by Dr Steven Hussey and additionally advised by Prof. Zander Myburg and Dr Eshchar Mizrachi from FABI. While the team is looking to making their mark in 2016, Pretoria_UP representatives Mr. Gert Pietersen and Ms. Nomakula Zim won a bronze medal at the 2015 iGEM Giant Jamboree in Boston, MA where they presented their "Switch-coli" project to an international audience and gained valuable insight into the iGEM organisation, which they will share with the rest of the team in preparation for the 2016 competition. The team used DNA BioBricks, the standard parts of synthetic biology, to design a genetic program controlling bacterial chemotaxis (movement in response to a chemical gradient). Their design improves a "bio-tweet" principle by the WITS-CSIR_SA team in 2011, such that motile bacteria travel from a sender position to a recipient position, turn around synchronously only once most of them have arrived at the recipient, and then travel back to the sender relaying information on the state of the recipient. They registered seven new BioBricks in the Standard Registry of DNA parts synthesized six, submitted three BioBrick DNA samples to the Registry, compiled a comprehensive wiki of their project, delivered an oral presentation to the iGEM community and judges, as well as a poster. In addition, the team reached out to Grade 11 learners in the previously disadvantaged community of Mamelodi, educating them about synthetic biology and conducting a survey assessing differences in awareness, perception, attitude and future projections of synthetic biology among learners from schools in previously dis-advantaged and advantaged backgrounds. This work comprised the team’s Human Practices portfolio and revealed striking socio-economic influences on synthetic biology acceptance and awareness.

The Pretoria_UP iGEM initiative is a community project within the FMG Programme, which aims to attract and develop scarce skills in synthetic biology innovation. The vision of this project is to participate regularly in iGEM, encourage other South African institutions to form teams, and thereby stimulate a new generation of students who will develop synthetic biology solutions for the South African Bioeconomy.