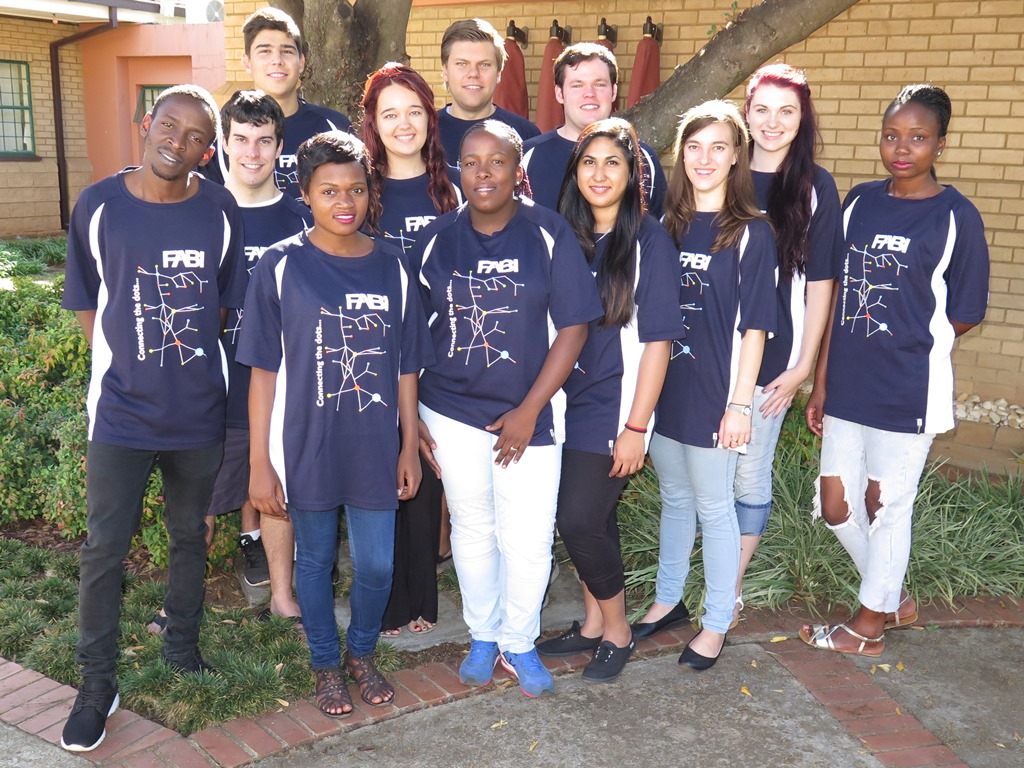 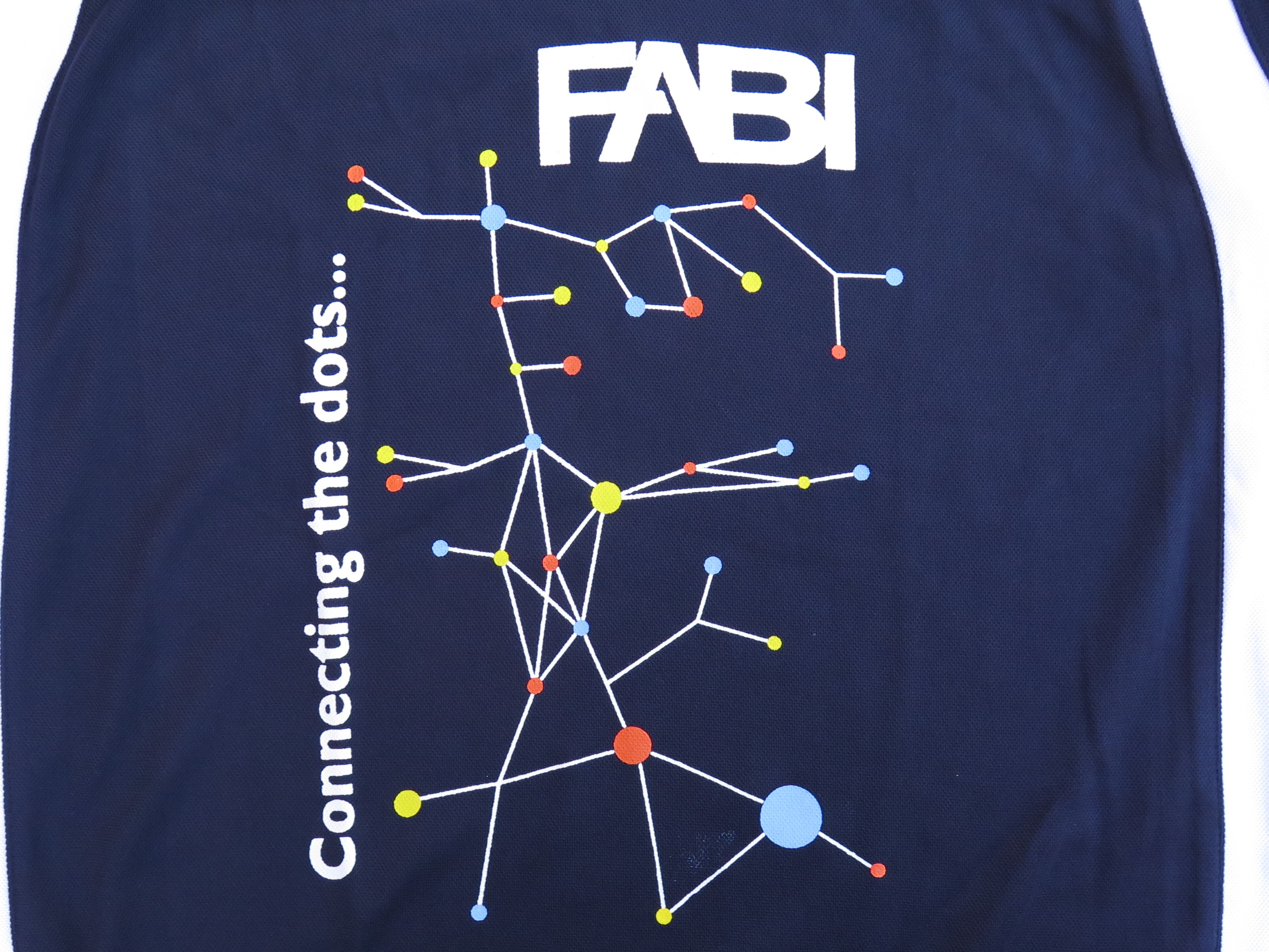 The new FABI "CONNECTING THE DOTS" T-shirt was launched at the Institute’s January 2016 formal opening. The interconnected ‘dots’ on the shirt illustrate many aspects of FABI’s activities and successes. In the most simple explanation ‘connecting the dots’ is a metaphor illustrating the ability to associate one idea with another and ultimately to find the ‘big picture’. Many of FABI’s research, community engagement and social activities aptly illustrate how this ‘big picture’ is continuously pursued. At the 2016 FABI Opening, FABI Director Prof. Mike Wingfield spoke with the students and staff of the Institute regarding the importance of planning ahead and how this should also be achieved strategically. In this regard, he emphasised the concept of Strategic Thinking, which following the 1994 thesis of the internationally renowned business leader and academic, Henry Mintzberg, is about synthesis or "CONNECTING THE DOTS". This is as opposed to analysis or finding the dots. In all activities of FABI, both approaches are fundamentally important and they deeply underpin the successes achieved during the last 18 years.

The illustration on the "CONNECTING THE DOTS" t-shirt comes directly from one element of the research on tree pathogens and pests conducted in FABI. In these particular projects, students and staff seek to understand the global movement of these pests that are devastating natural and planted forests globally (see SCIENCE article). The specific haplotype network on the T-shirt relates to isolates of the fungus, Leptographium procerum, which commonly infects pine trees, and is associated with many root-colonising beetles. Haplotype networks show the genetic relationship among different individuals - in this case of L. procerum. The circles represent different genotypes (or collections of alleles, which are variants of genes), while the sizes of the circles indicate the number of individuals that share that genotype (larger circles represent a greater number of individuals than smaller circles). Where a straight line links two circles, these genotypes have few genetic differences and are therefore closely related. By extension, circles that are far apart in the network indicate distantly related genotypes. Haplotype networks have allowed us to examine the inter-relationship of L. procerum isolates collected from China, North America and Europe. The network illustrated (and simplified) on the T-shirt supports the hypothesis that Europe is the centre of diversity for the fungus (L. procerum) and that the Chinese and North American isolates likely originated from Europe. This specific research was conducted by Dr Stephen Taerum as part of his Ph.D. project.

Photos: The 2016 Microbiology Honours students who joined the FABI team this year, proudly wearing the new FABI T-shirts, and a close-up of the design.