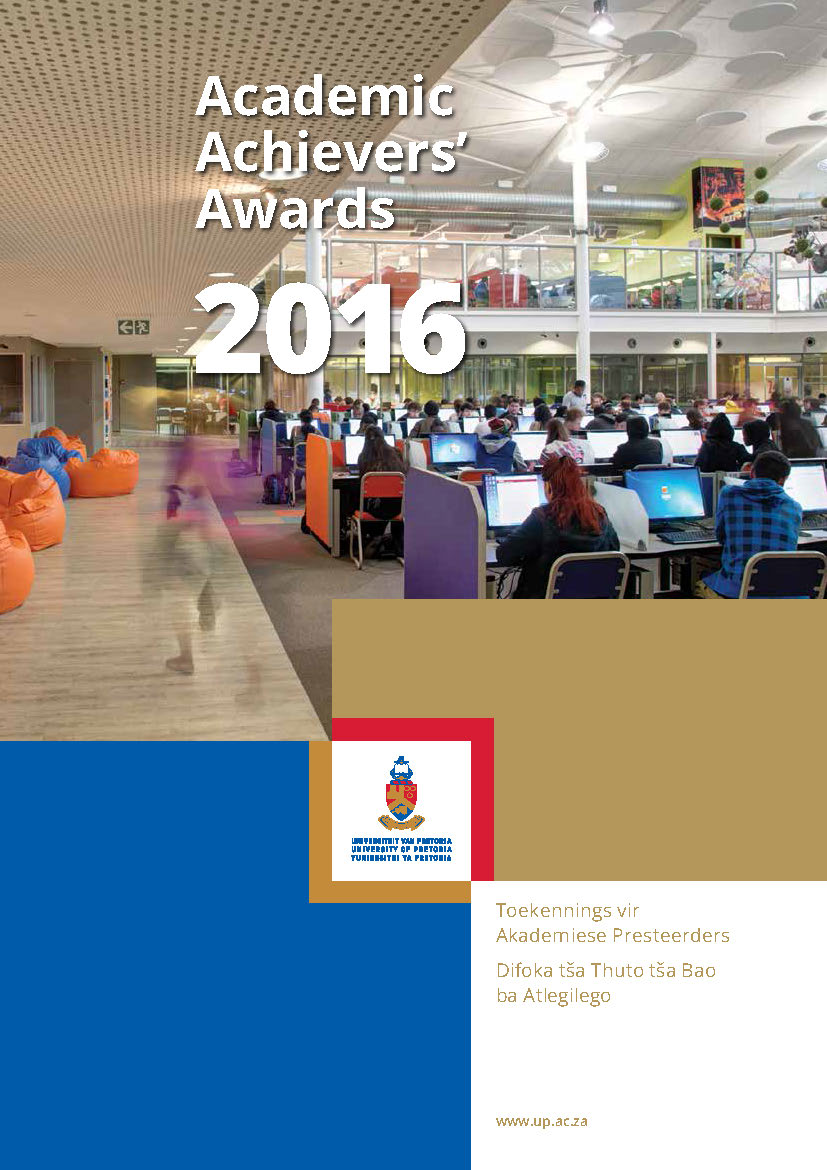 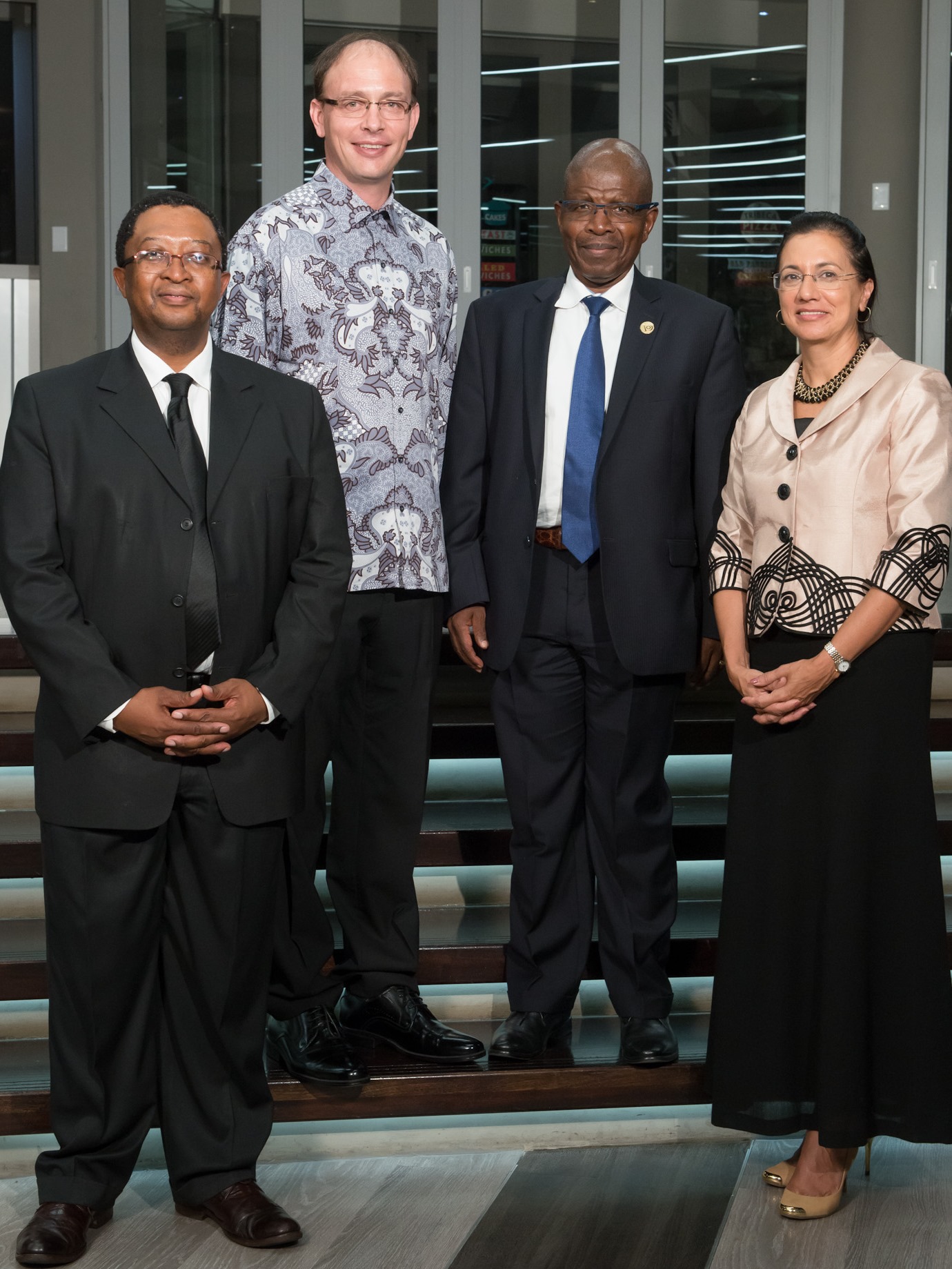 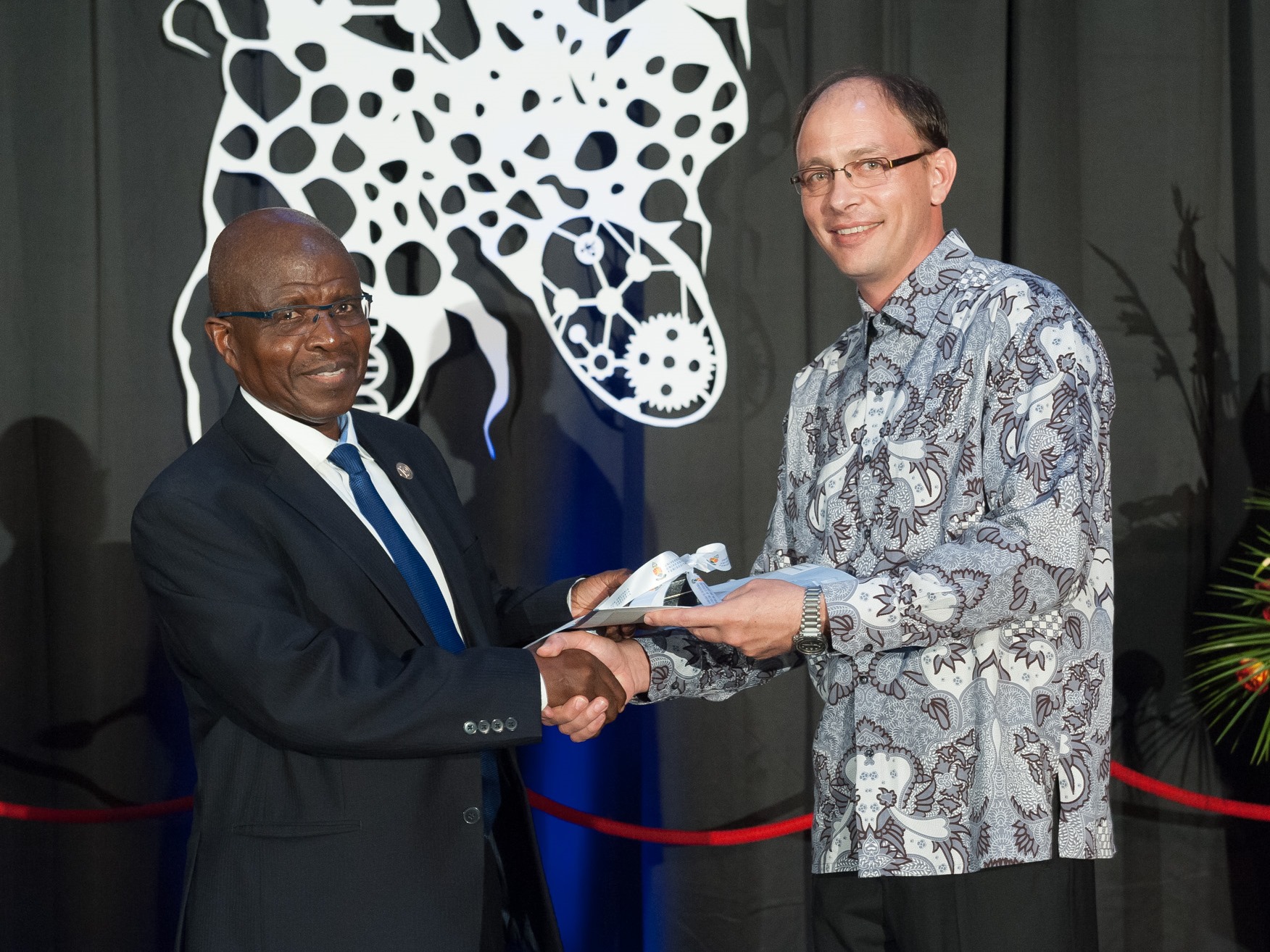 Several members of FABI’s management committee were among the “academic stars” honoured at the University of Pretoria’s Academic Achievers’ Awards function on April 5. Held annually, the awards ceremony celebrates the achievements of academics who drive UP’s vision of being a leading research-intensive institution in Africa. In her welcome note included in the awards publication, UP Vice-chancellor and Principal Prof. Cheryl de la Rey describes the function as a tribute to UP’s “academic stars” and researchers rated by the National Research Foundation.

Prof. Slippers received UP’s highest accolade, the Chancellor’s Award. The award recognises “exceptional achievement in the field of research aimed at the advancement of science and the associated promotion of the interests of the University of Pretoria”. The award acknowledges Prof. Slippers as a B1-rated researcher, for among others, his contributions to science as an internationally recognised researcher as well as his contribution to the development of biological control programmes for plantation pests and the establishment of the FABI Biocontrol Centre at UP. A passionate advocate for science development, Prof. Slippers is also a founding member of the Global Young Academy & South African Young Academy of Science.

Prof. Teresa Coutinho received the Exceptional Achiever’s Award, an honour granted to NRF-rated researchers who have “consistently excelled in the areas of under- and postgraduate teaching and learning, research, community service and administration over a period of time”. The award recognises, among others, Prof. Coutinho’s contributions to addressing the shortage of plant pathologists specialising in pathogenic bacteria in agriculture through the establishment in 2003 of a research programme focusing on the causal agent of bacterial blight and die-back in Eucalyptus spp. This study led to the description of numerous new bacterial species and to the sequencing of the first plant pathogen genome in Africa.

The only A1-rated researcher honoured at the ceremony, Prof. Pedro Crous, was recognised for his research on the evolution and phylogeny of plant pathogenic fungi and the establishment of MycoBank, a database of all fungal names which also links taxa to their DNA data, culture, specimens and ecology. Prof. Crous currently is director of the Centraalbureau voor Schimmelcultures in the Netherlands, and simultaneously holds a position as extraordinary professor in FABI. His NRF A-rating means that FABI now has three A-rated researchers, including Profs Mike Wingfield and Brenda Wingfield.

Head of the Department of Microbiology and Director of the UP’s Water Institute, Prof. Fanus Venter received his B3-rating in recognition of his research on comparative genomics on the functions, biology and evolution of bacteria associated with plants and aquatic environments. Celebrated seed scientist and C2-rated researcher, Prof. Terry Aveling was recognised for her work with the International Seed Testing Association and on seed-borne pathogens. Dr Martin Coetzee received his first NRF rating (C2) for his work in the CTHB and TPCP focusing on the molecular evolution of fungal tree pathogens. Also entering the ranks of rated researchers, Dr Albe van der Merwe received a Y2 rating for his work on the population genetics, phylogenetics and genomics of important fungal pathogens, and for active community engagement as vice-chairperson of the South African Genetic Society and serving on the executive of the Southern African Association for the Advancement of Science (S2A3).

A complete report of all UP staff honoured at the awards function is available on the university’s website.