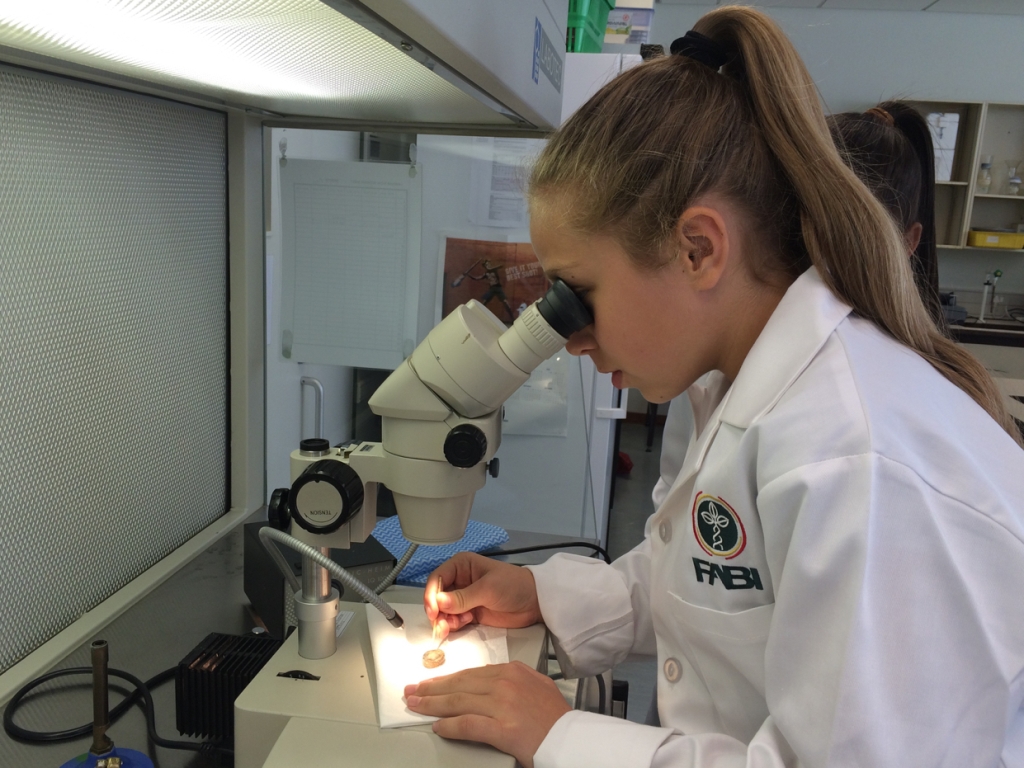 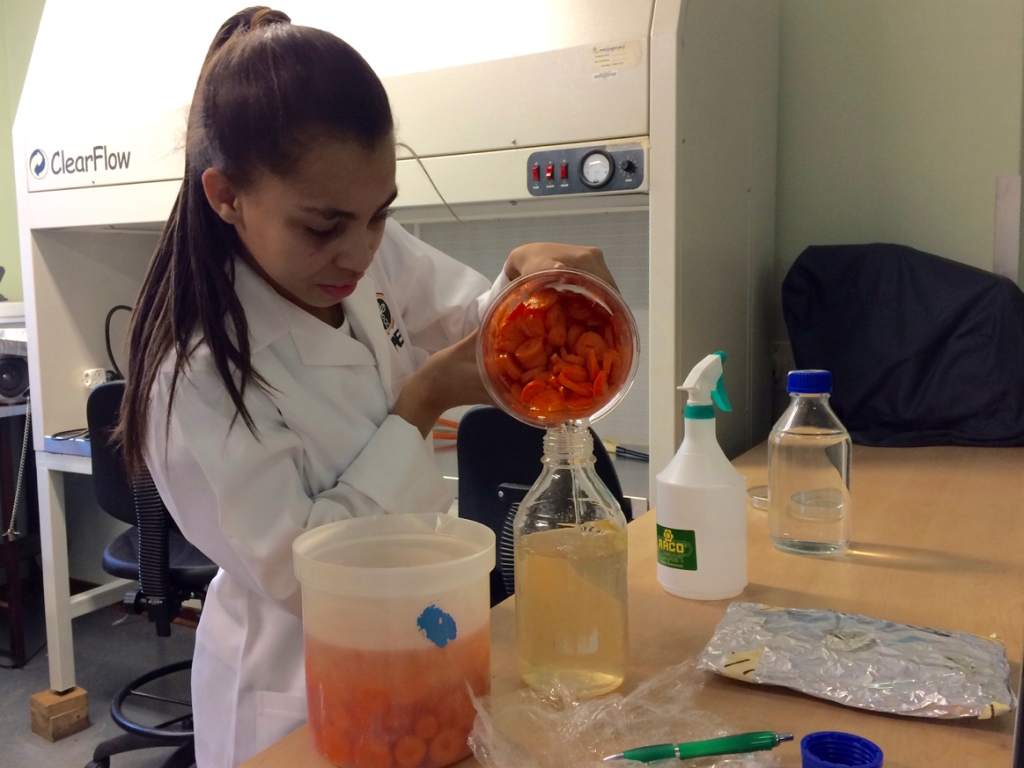 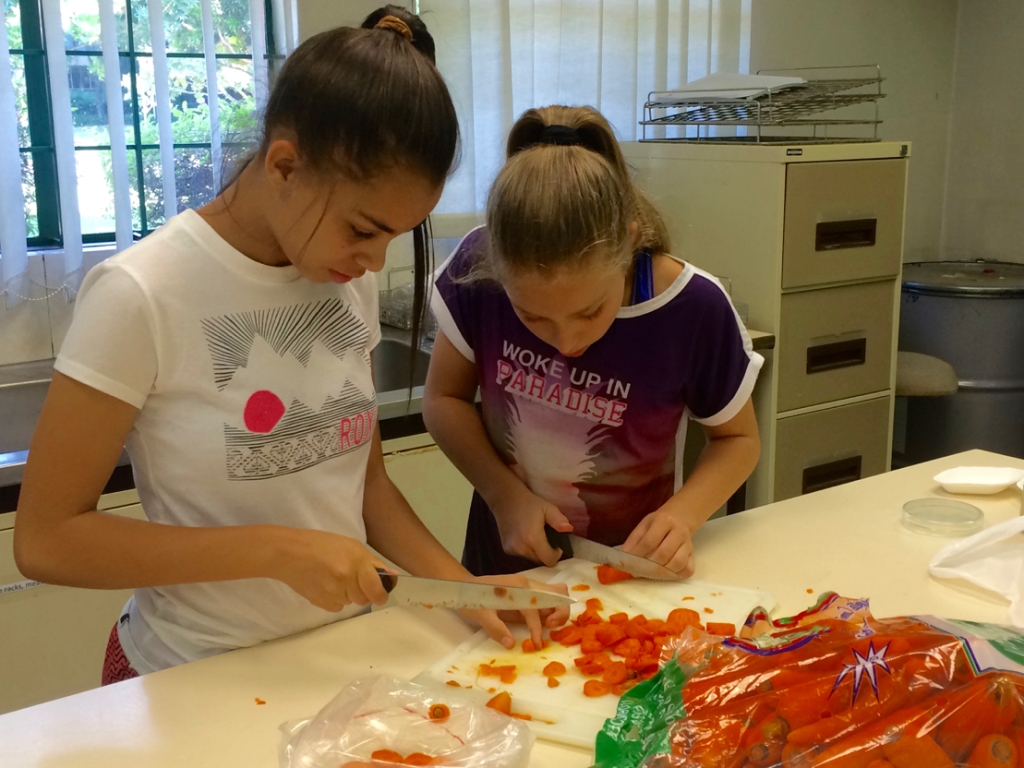 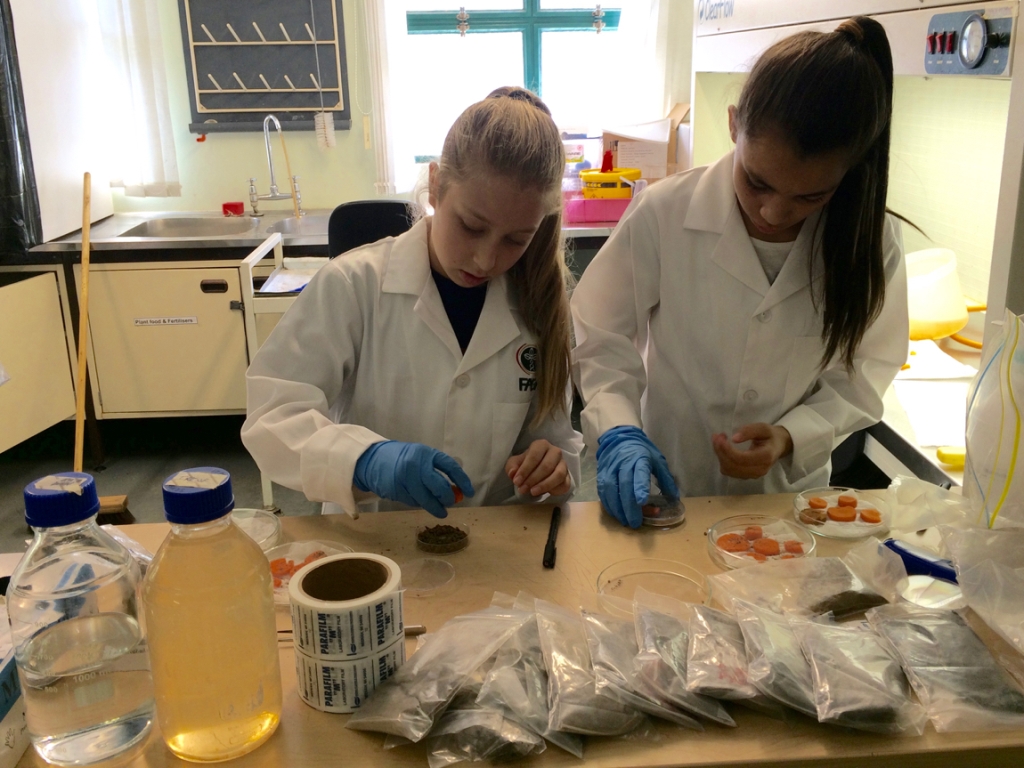 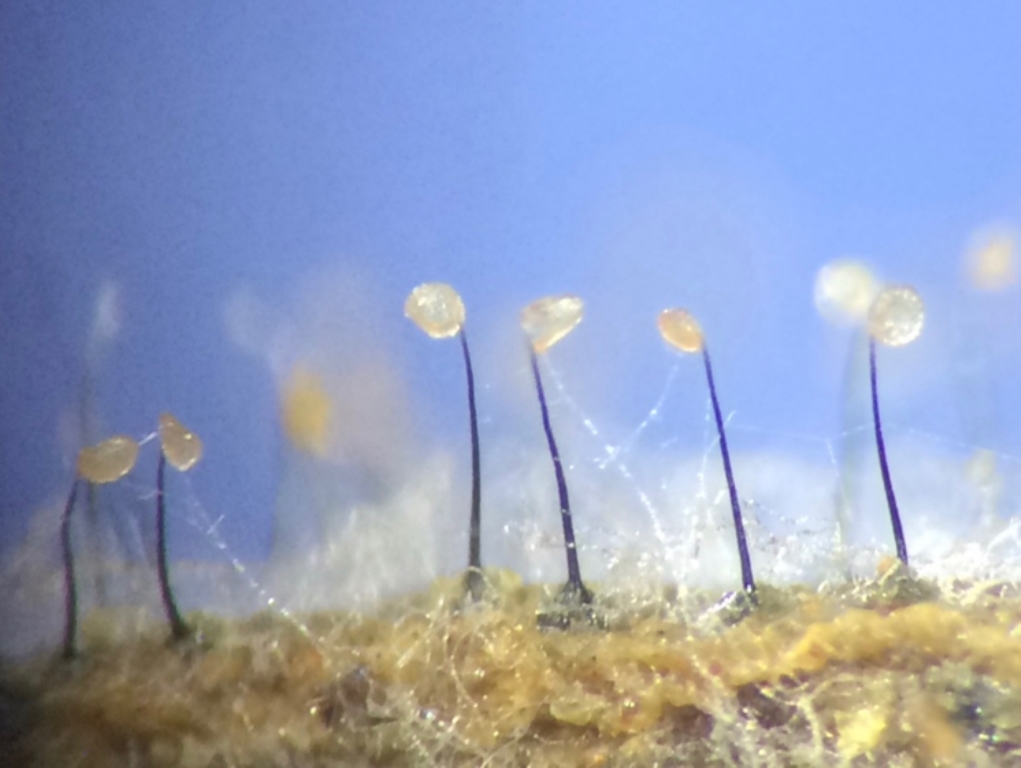 Two Grade 7 students from Irene Primary School have been working in the FABI laboratories again. Sandra Barnes and Kayla Josef have been conducting their annual school science projects at FABI. This year their aim is to test the hypothesis that the important tree-killing fungus, Ceratocystis manginecans, can be found in soil samples. They are using a carrot baiting technique to screen soil samples collected from plantations where a Ceratocystis canker and wilt disease is severely affecting Acacia mangium trees.

Last year these smart and aspiring young scientists received a Gold Medal at the Expo for Young Scientists for their project entitled "Testing the susceptibility of different sweet potato varieties to the black rot fungus, Ceratocystis fimbriata", and also won the Merck Junior Microbiology prize. Their work involved testing four sweet potato varieties grown in South Africa and they found that "Blesbok" was the most susceptible. These results could then be used in the studies conducted by Ph.D. student Arista Fourie who is now using the Blesbok variety in her studies to evaluate the host specialisation of two Ceratocystis species.