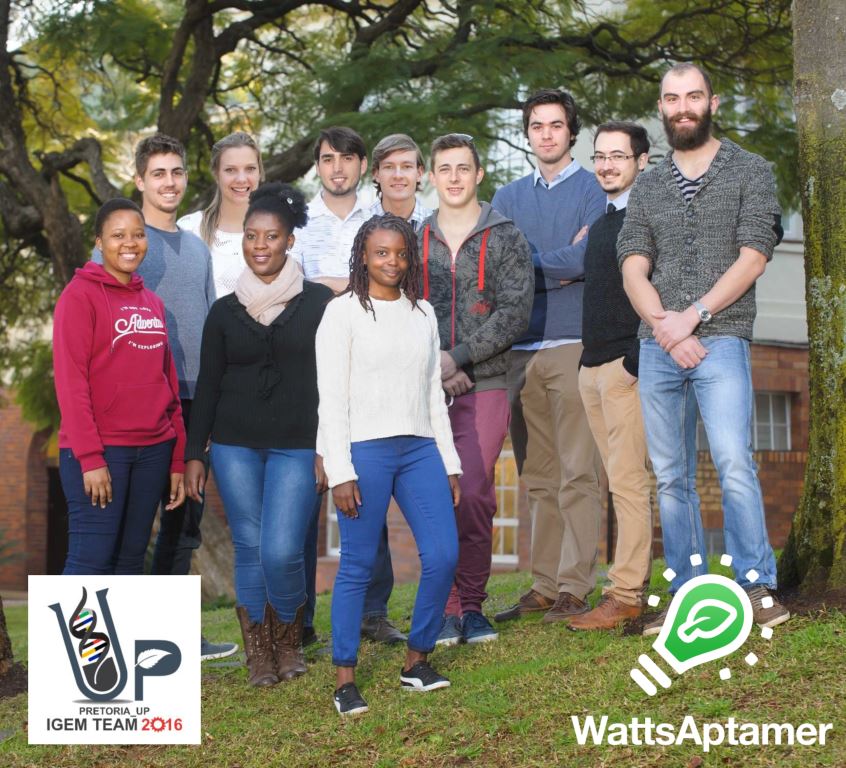 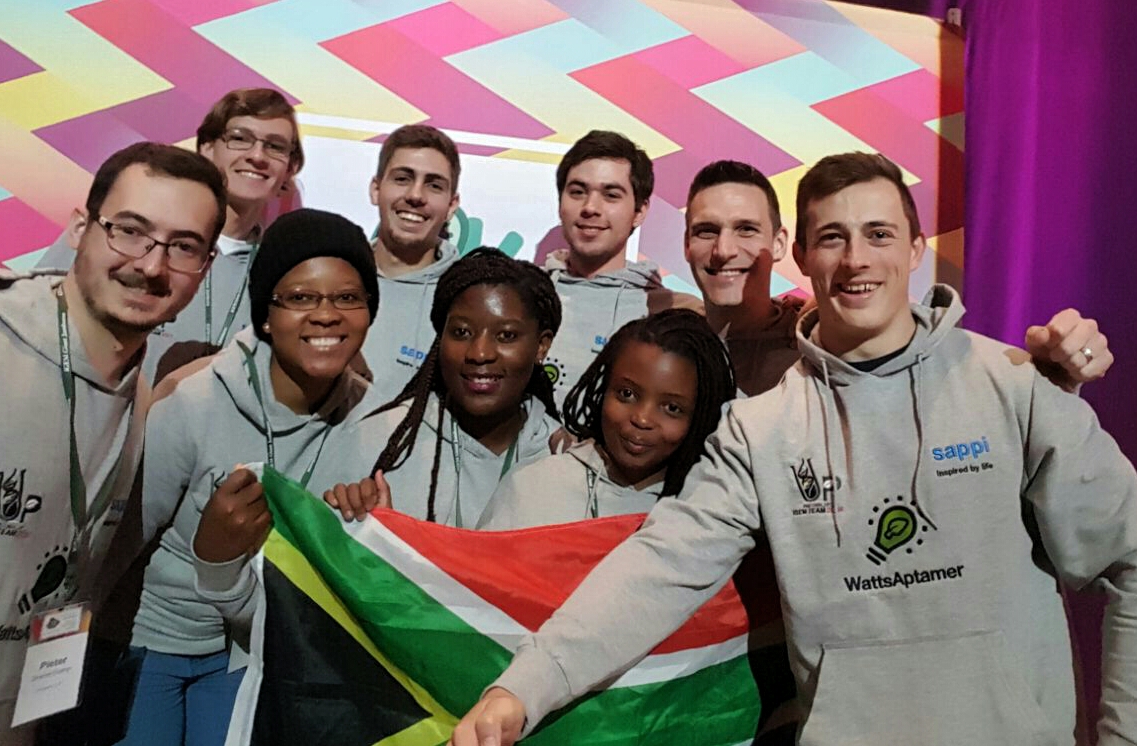 What do seven biologists, three engineers and a multimedia student all have in common? A passion for transdisciplinary research and excellence in scientific innovation. This eclectic group of students comprise the 2016 Pretoria_UP iGEM (international Genetically Engineered Machine) undergraduate team that developed unique synthetic biology and hardware modifications for more efficient electricity generation in plant materials-derived photo-bioelectrochemical cells. Their project, dubbed “WattsAptamer”, explored the attachment of plant photosynthetic machinery to graphene electrodes using custom DNA-based linkers known as aptamers, in order to enhance the efficiency of electron harvesting from photosynthesis for electricity generation. Among other achievements, the team also developed a novel, open-source, 3D-printed photo-bioelectrochemical cell prototype that was shown to generate electricity in the presence of light.

The team, which was hosted in the Forest Molecular Genetics (FMG) Programme, Department of Genetics and Forestry and Agricultural Biotechnology Institute (FABI), was mentored by their instructor Dr. Steven Hussey and additionally advised by Prof. Zander Myburg and Dr. Eshchar Mizrachi as well as Prof. Ncholu Manyala, Dr. Tjaart Krüger and Dr. Michal Gwizdala from the Department of Physics.

In October 2016, the team presented their project at the iGEM Giant Jamboree in Boston as one of over 300 teams from across the world and only two from Africa. They fulfilled the criteria for a silver medal for their project at the competition, which they documented in an extensive wiki, poster and oral presentation, and which also included an extensive human practices portfolio focused on engagement with the energy sector, community outreach and education, local synthetic biology competency development and international collaboration. Sappi Southern Africa was the official team sponsor, with additional support from the University of Pretoria, the Department of Science and Technology, Inqaba Biotec, the National Science and Technology Forum, Whitehead Scientific, Integrated DNA Technologies and the African Centre for Gene Technologies.

Read more about the team’s project on their online wiki.