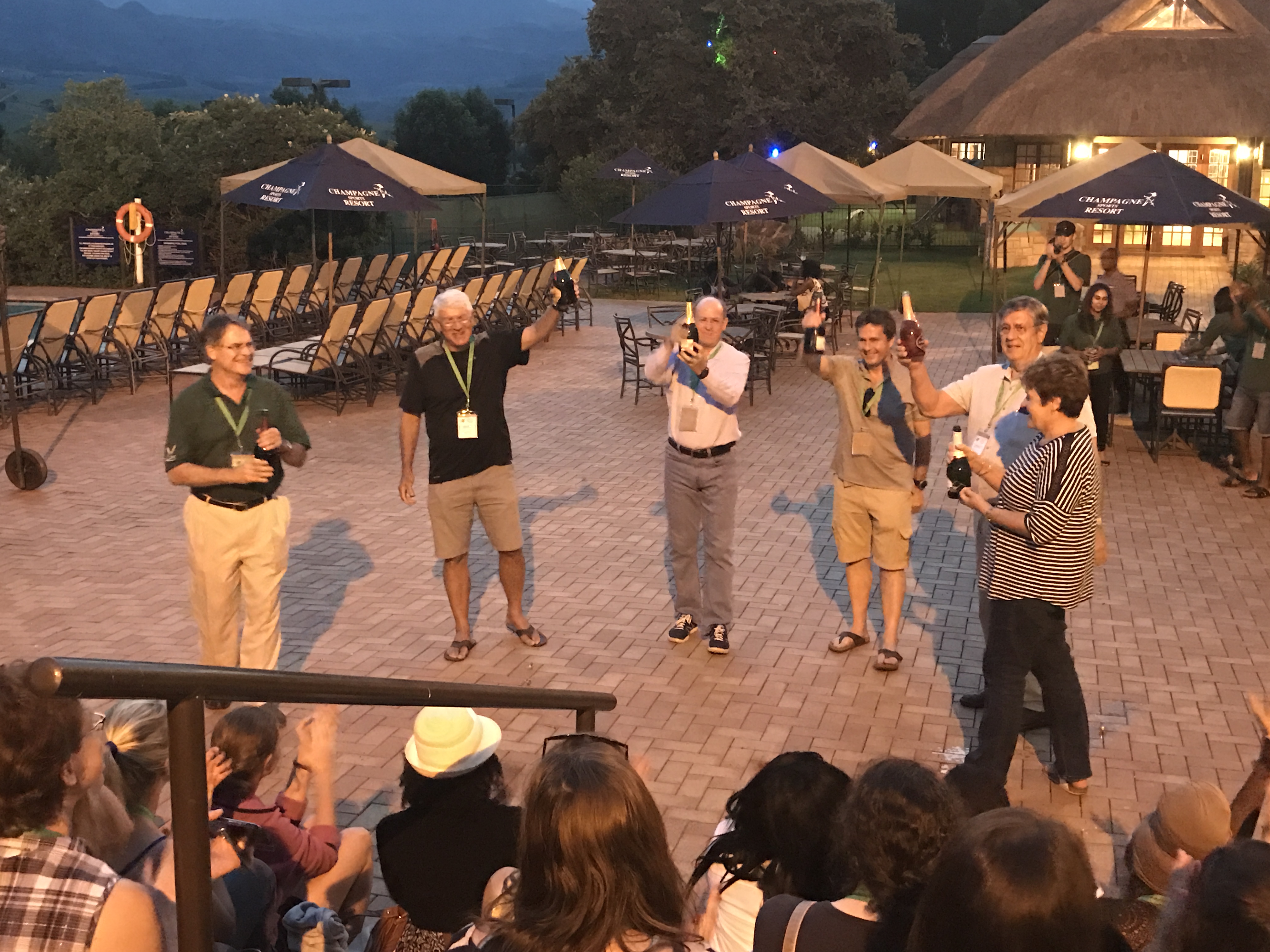 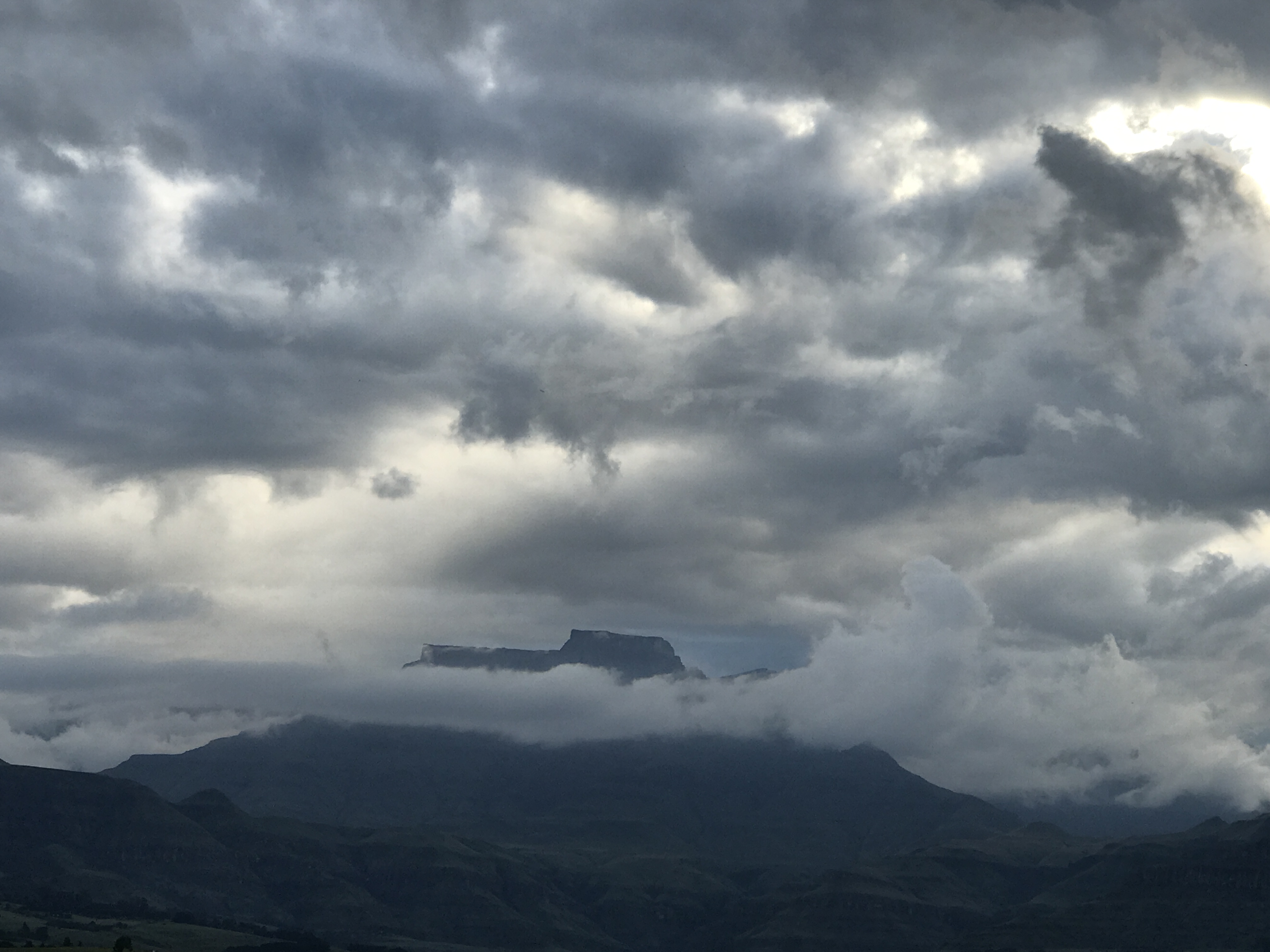 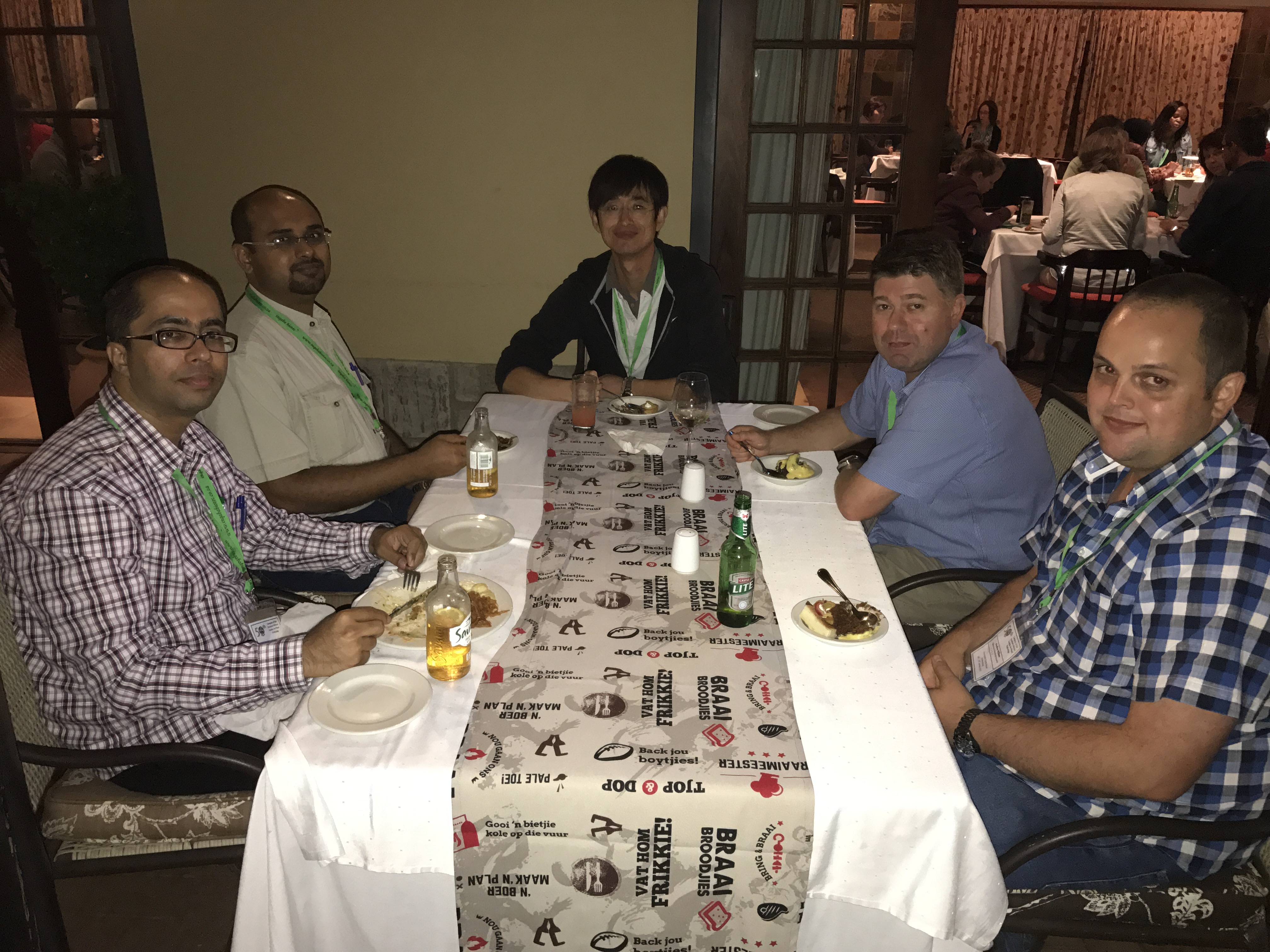 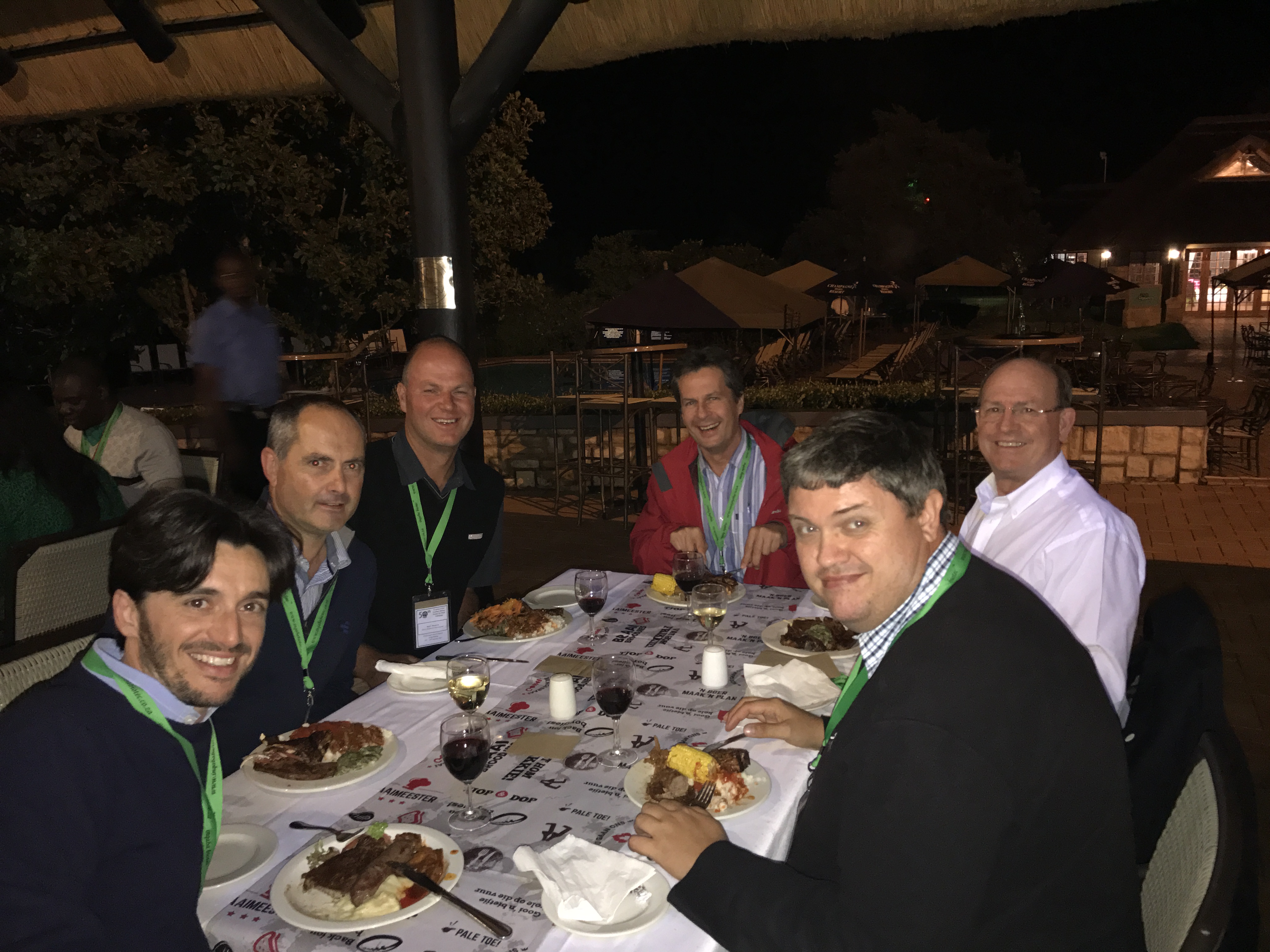 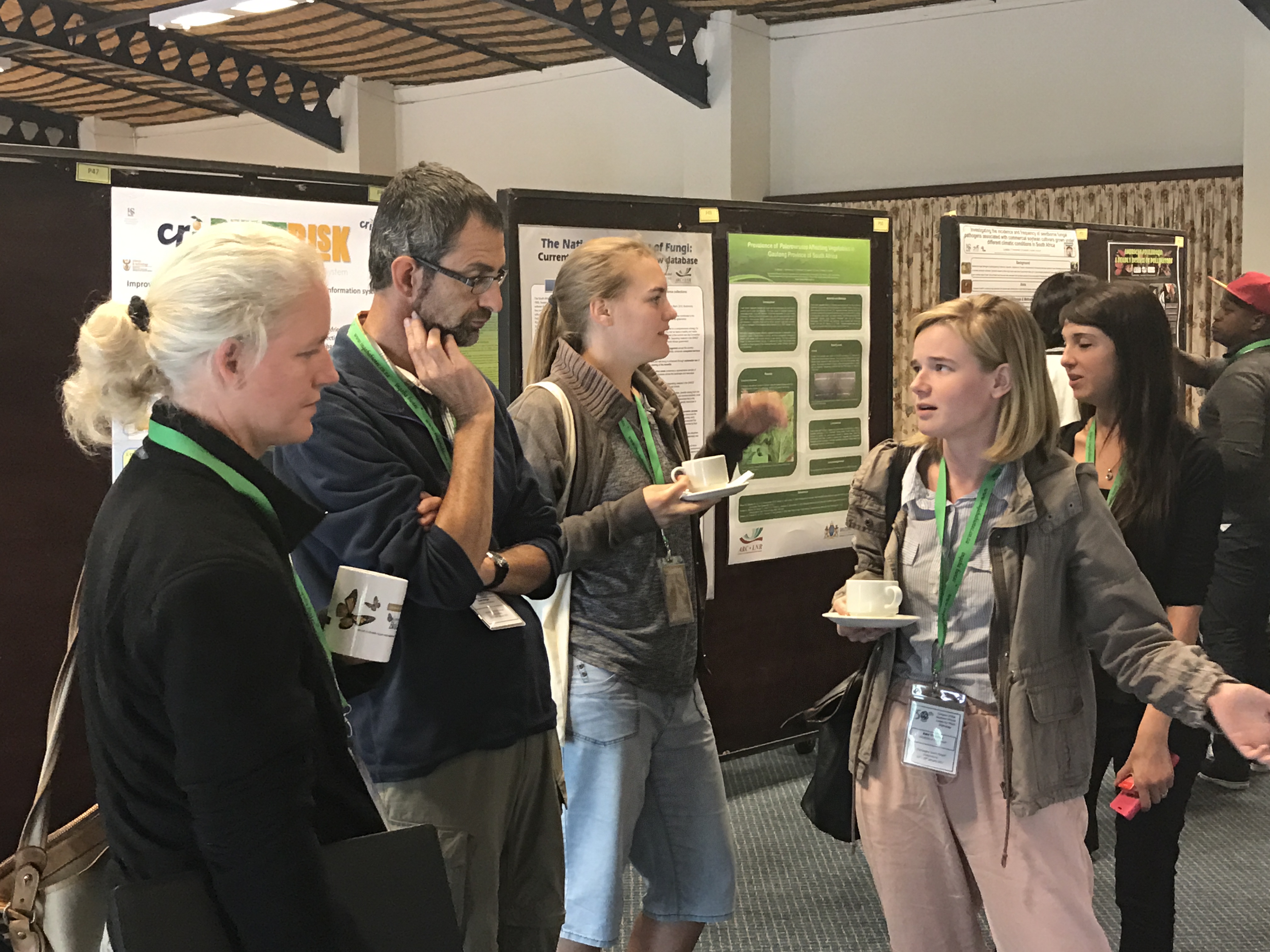 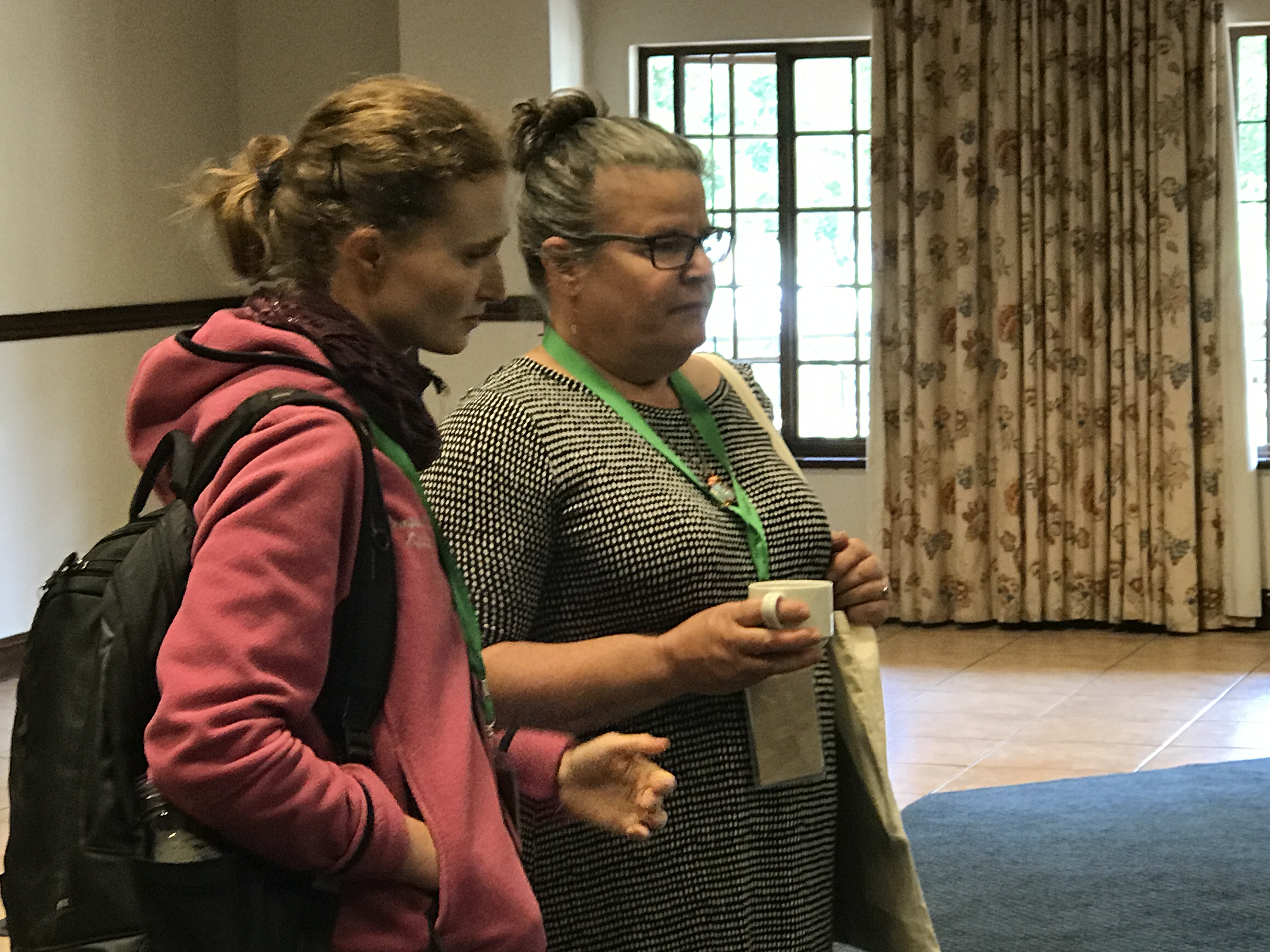 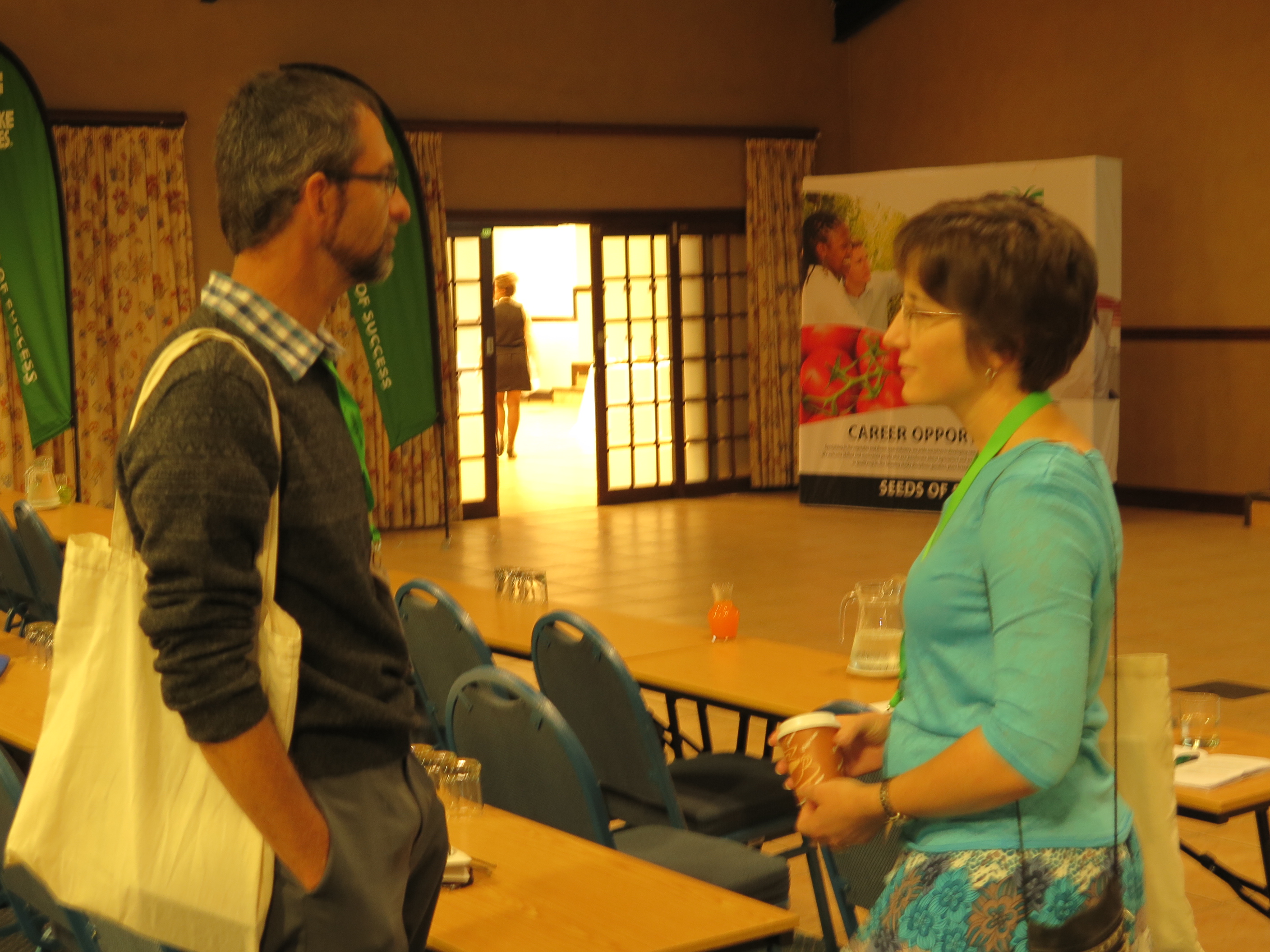 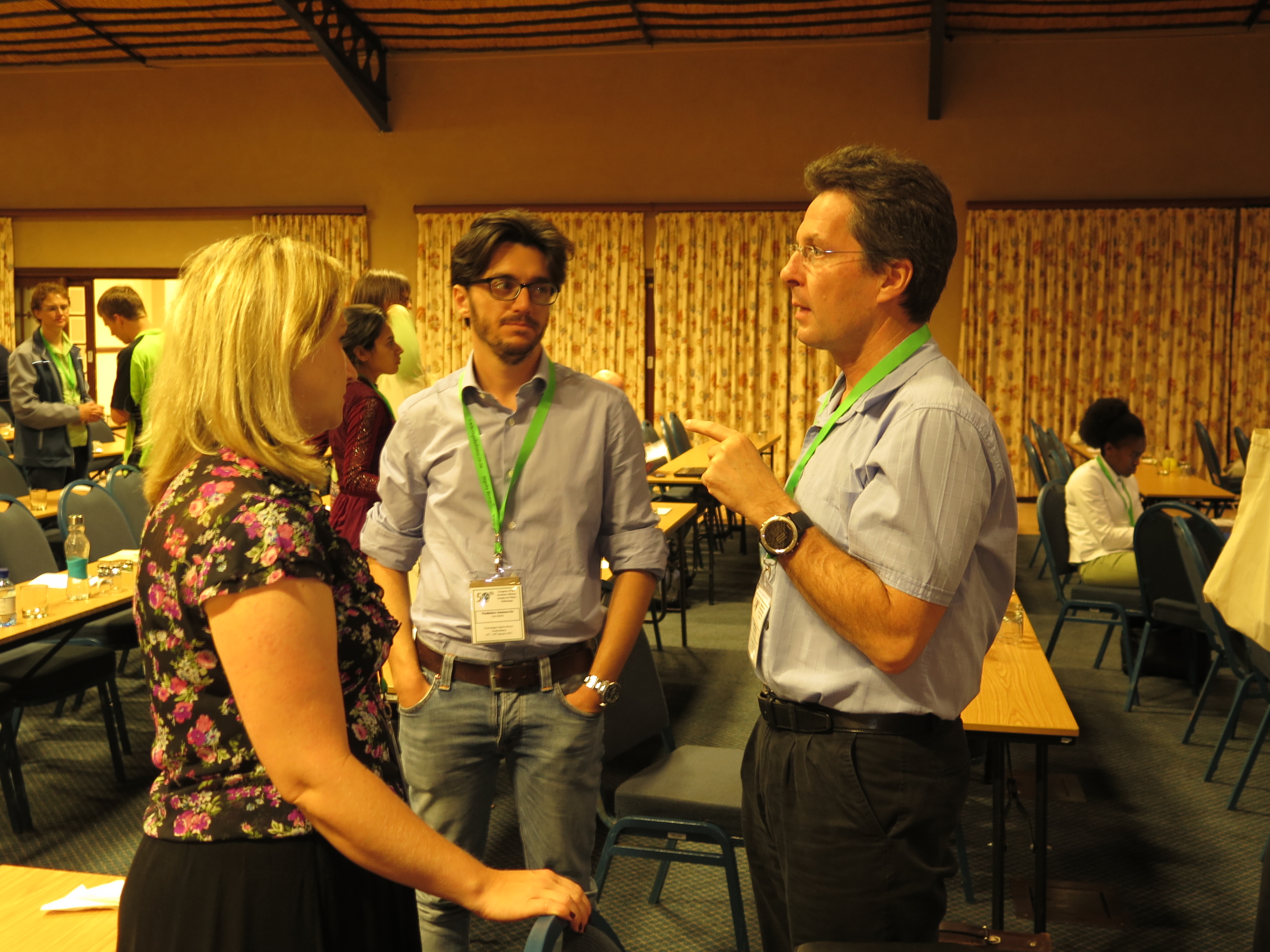 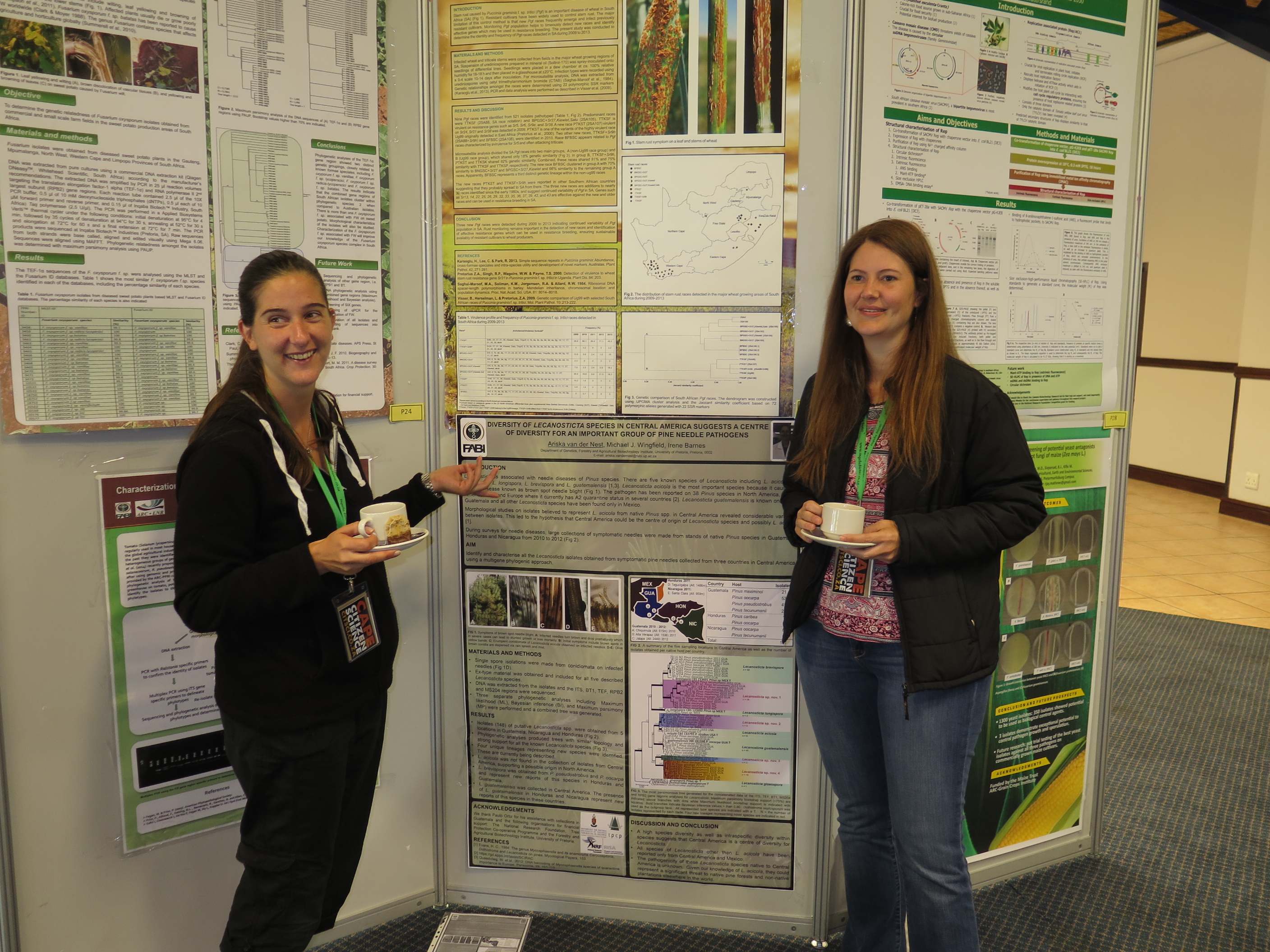 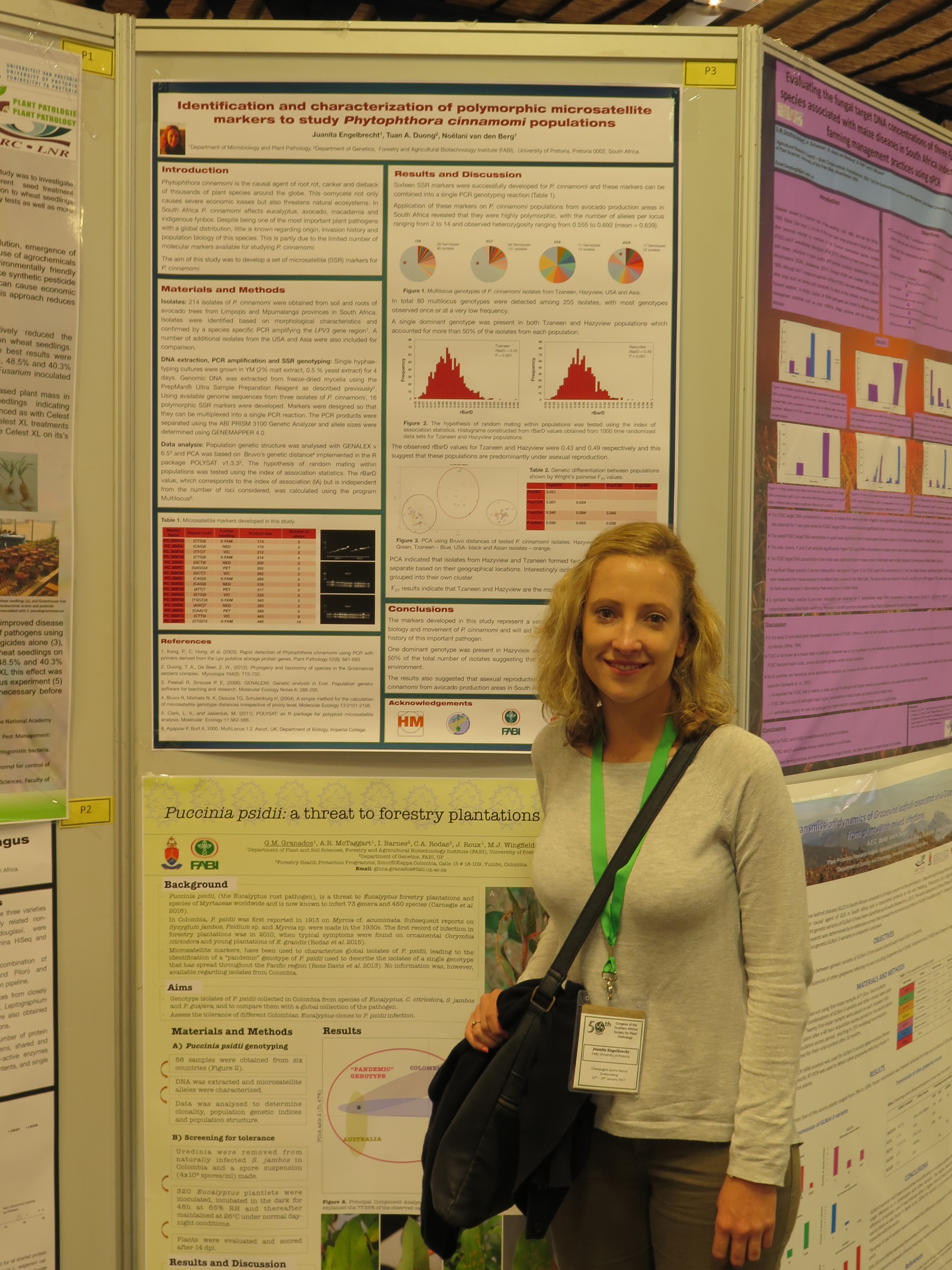 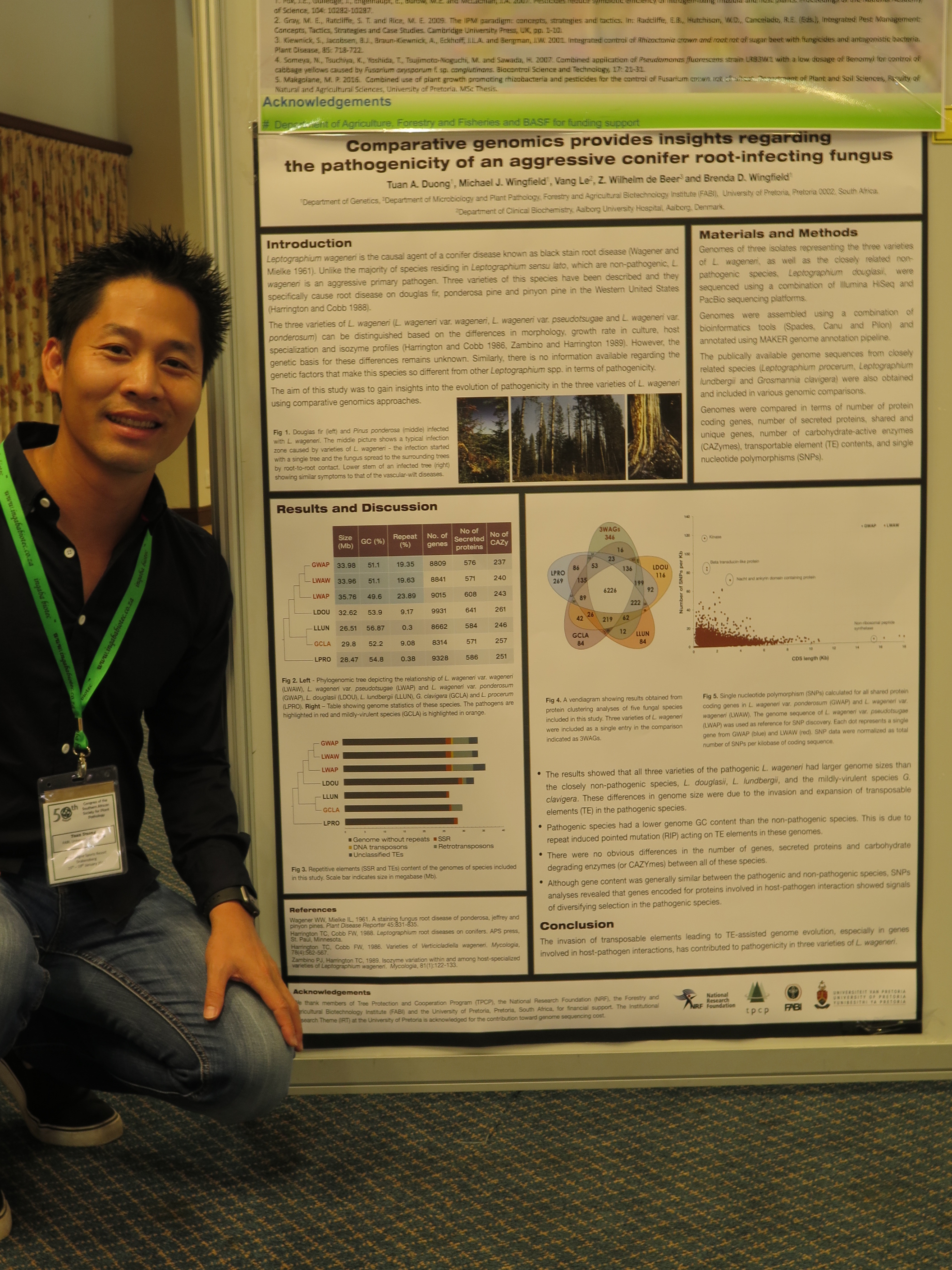 The 2017 congress of the Southern African Society for Plant Pathology (SASPP) took place last week at Champagne Sports Resort in the Drakensberg. This year the meeting commemorated the 50th anniversary of the Society, and this was celebrated by five past presidents of the Society popping champagne on the first evening. Forty six FABIans, including 36 students, attended the congress.

The meeting was opened by emeritus Prof. Roland Schulze of the Centre for Water Resources Research at UKZN, predicting the impacts of climate change on agriculture and crop pests and disease. The JE Vanderplank Memorial lecture was given by UKZN graduate, Prof. Lindsey du Toit from Washington State University. She explained how continuous engagement between plant pathologists and farmers has led to enhanced production of spinach in the in USA.