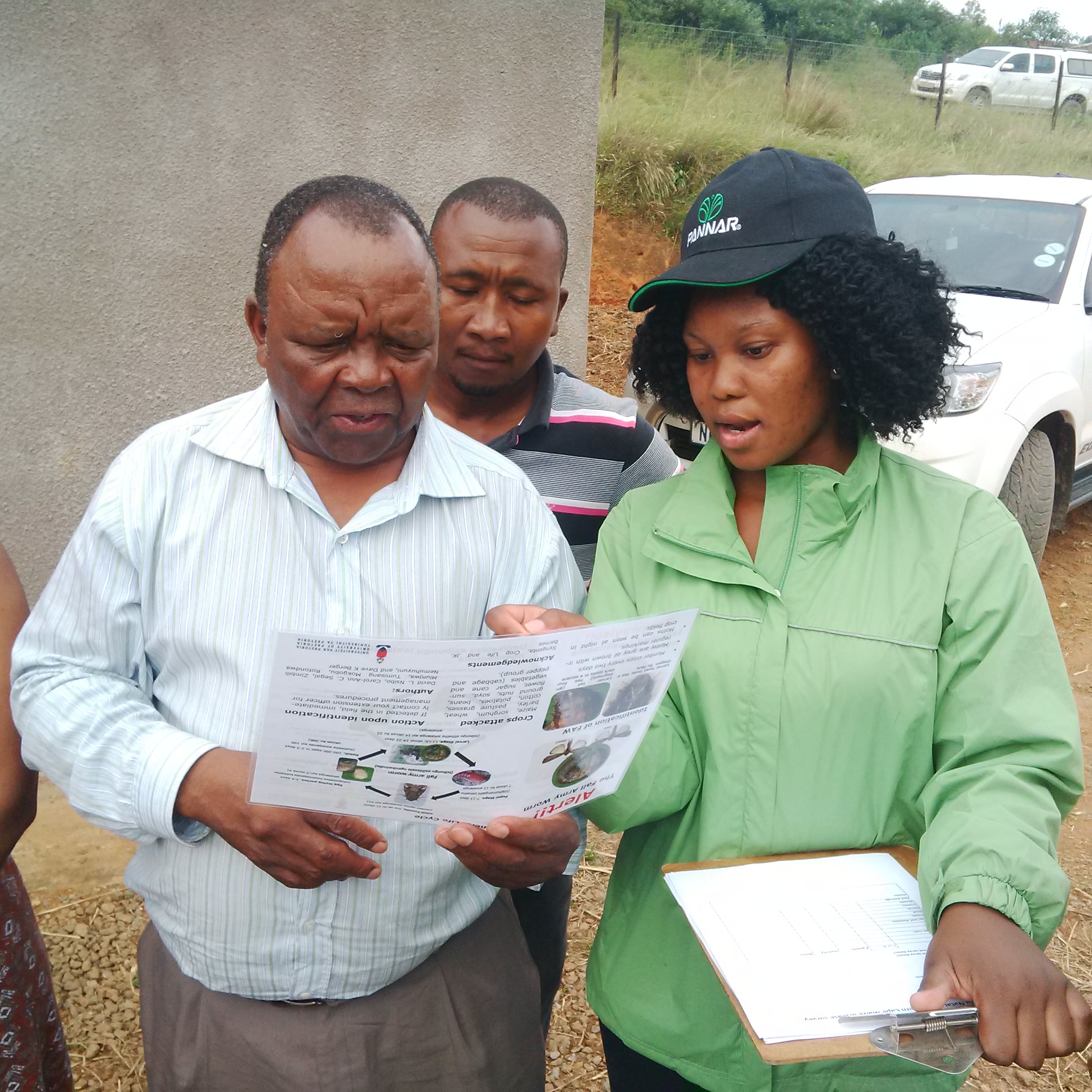 As reported extensively in the news media recently, South African farmers have had to contend this season with a new pest - the Fall Armyworm (FAW). This insect prefers maize but is a generalist feeder on many crops and is resistant to pyrethroid insecticides. Emergency responses by agricultural authorities and role players have mitigated the threat. However the pest has already reached most provinces in the country.  FABI’s Molecular Plant-Pathogen Interactions (MPPI) research group added value to their ongoing survey of fungal diseases in small-holder maize farms in KwaZulu-Natal and the Eastern Cape Provinces by disseminating information about FAW to provincial agricultural extension officers and small-holder farmers.  The MPPI student group of David Nsibo, Zimbili Mlunjwa, Tumisang Mokgobu, Carol-Ann Segal and Rotondwa Nemuhuyuni put together a pictorial information sheet on how to identify the FAW, and translated it into Zulu and Xhosa.  Laminated printouts were shared and discussed with farmers and extension officers in both provinces. The team kept an eye out for FAW but only found it at one site (in KwaZulu-Natal).