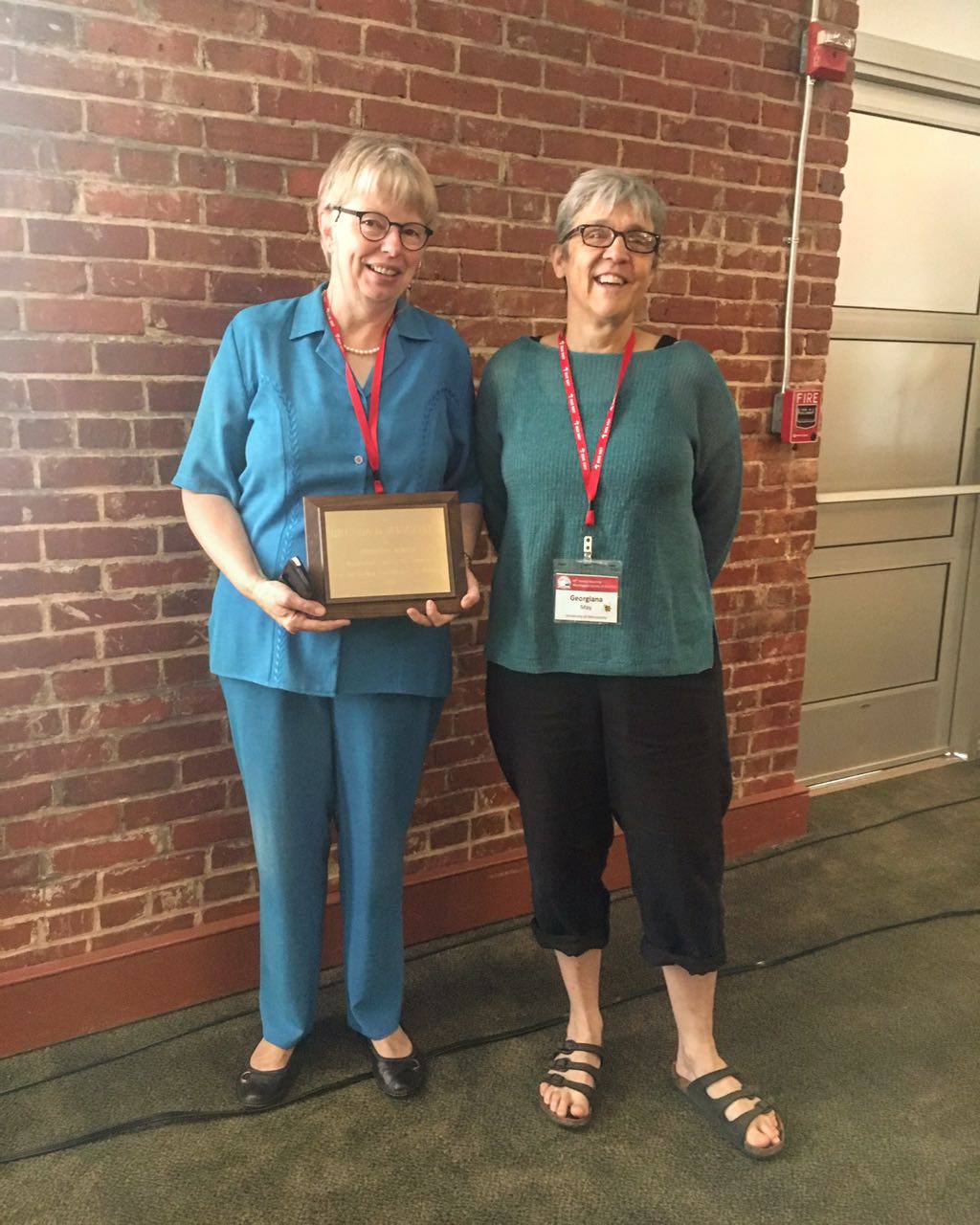 The 2017 meeting of the Mycological Society of America (MSA) with the theme “Translational mycology: Putting fungal diversity to work” was held from 16-19 July in Athens, Georgia, USA.  Two FABIans attended the meeting, Prof. Brenda Wingfield and research Fellow Dr Lieschen de Vos. Both enjoyed the mushroom foray which preceeded the official meeting.  While neither are expert in identifying mushrooms, the morels were abundant and the conversation with all the other mycologists was excellent.

Lieschen presented a talk  "Analysis of the twelfth chromosome of a representative set of species within the Fusarium fujikuroi species complex".  This presentation was well received and she also had the opportunity to discuss her results with a number of Fusarium experts.

Brenda presented two posters, both with a focus on Mating type genes: "Review and revision of the nomenclature system for MAT genes in the Pezizomycotina" and "Genome sequencing reveals a heterothallic mating system in the Eucalyptus pathogen Chrysoporthe austroafricana".  She had some vigorous discussion at the poster session. The one poster summarizes the review on the MAT genese which has just appeared online in the journal Fungal Biology Reviews.

Brenda was also presented a plaque from the MSA to celebrate her recognition as an Honorary Member of MSA. Honorary Members are distinguished senior scientists with a long record of significant contributions to the science of fungal biology and who reside in and work in countries other than the USA and Canada.