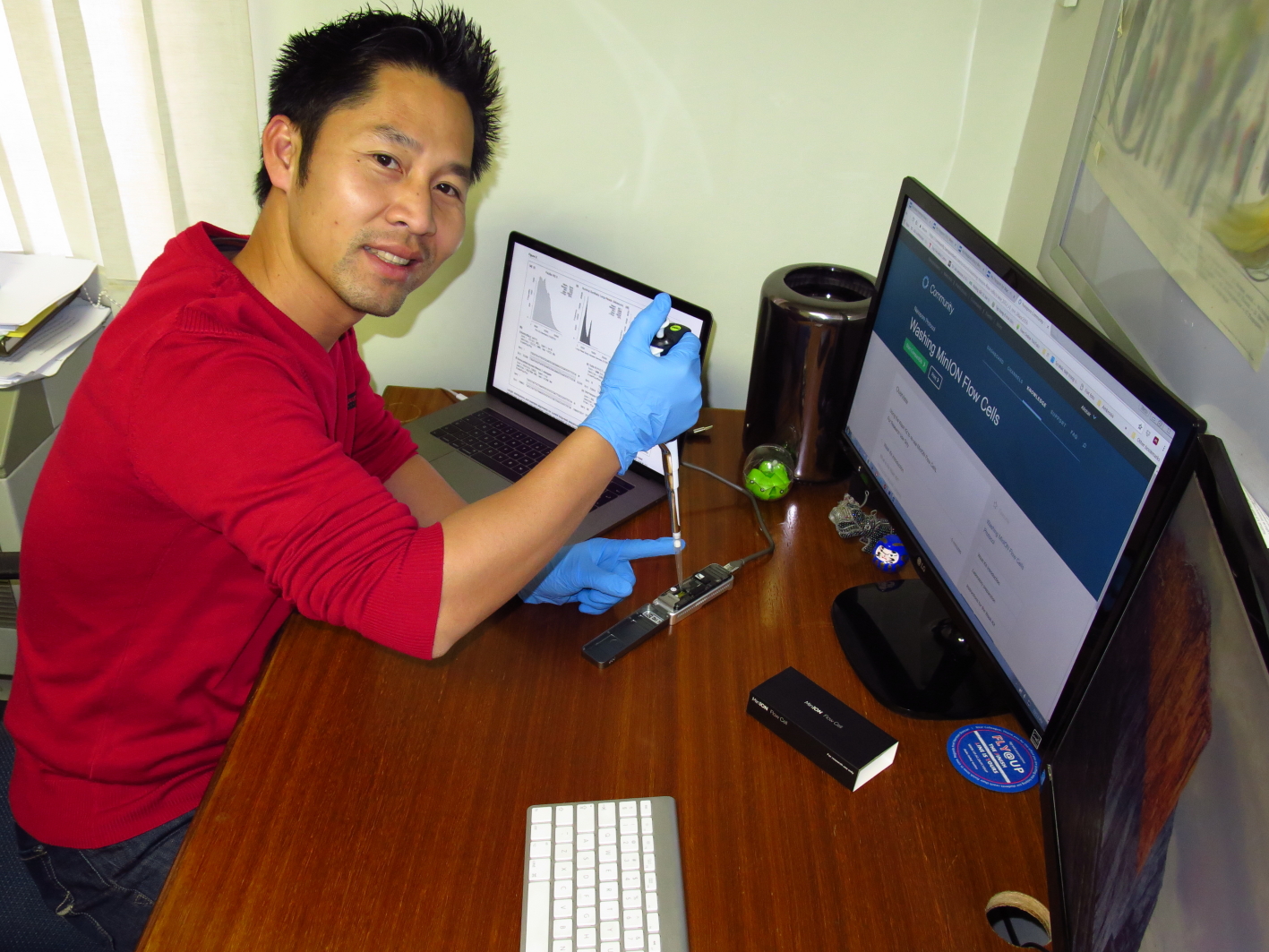 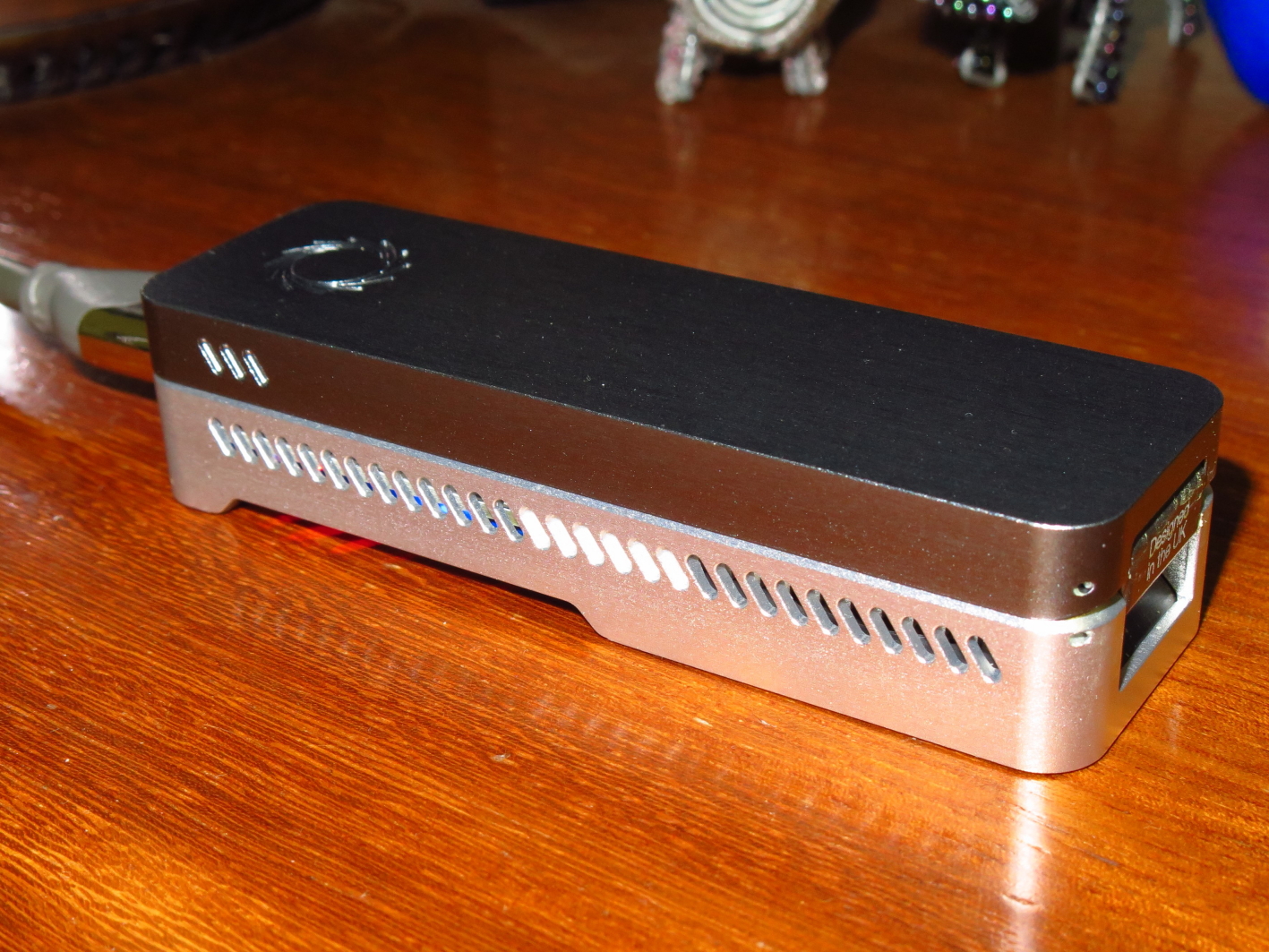 The first 'in-house' fungal genome has been sequenced in the halls of FABI using Oxford NanoPore sequencing technology.  This is a step towards fungal biologists being able to sequence the genomes of the fungi they work on for approximately US$1000 while in the comfort of their own laboratory. Drs Tuan Doung, Alistair McTaggart and Prof. Brenda Wingfield have tested a MinION to sequence the genome of an important pathogen of sweet potato - with some promising results. The genomes of several plant-pathogenic fungi in South Africa will now be sequenced in collaboration with other FABIans and members of the DST-NRF Centre of Excellence in Tree Health Biotechnology (CTHB).