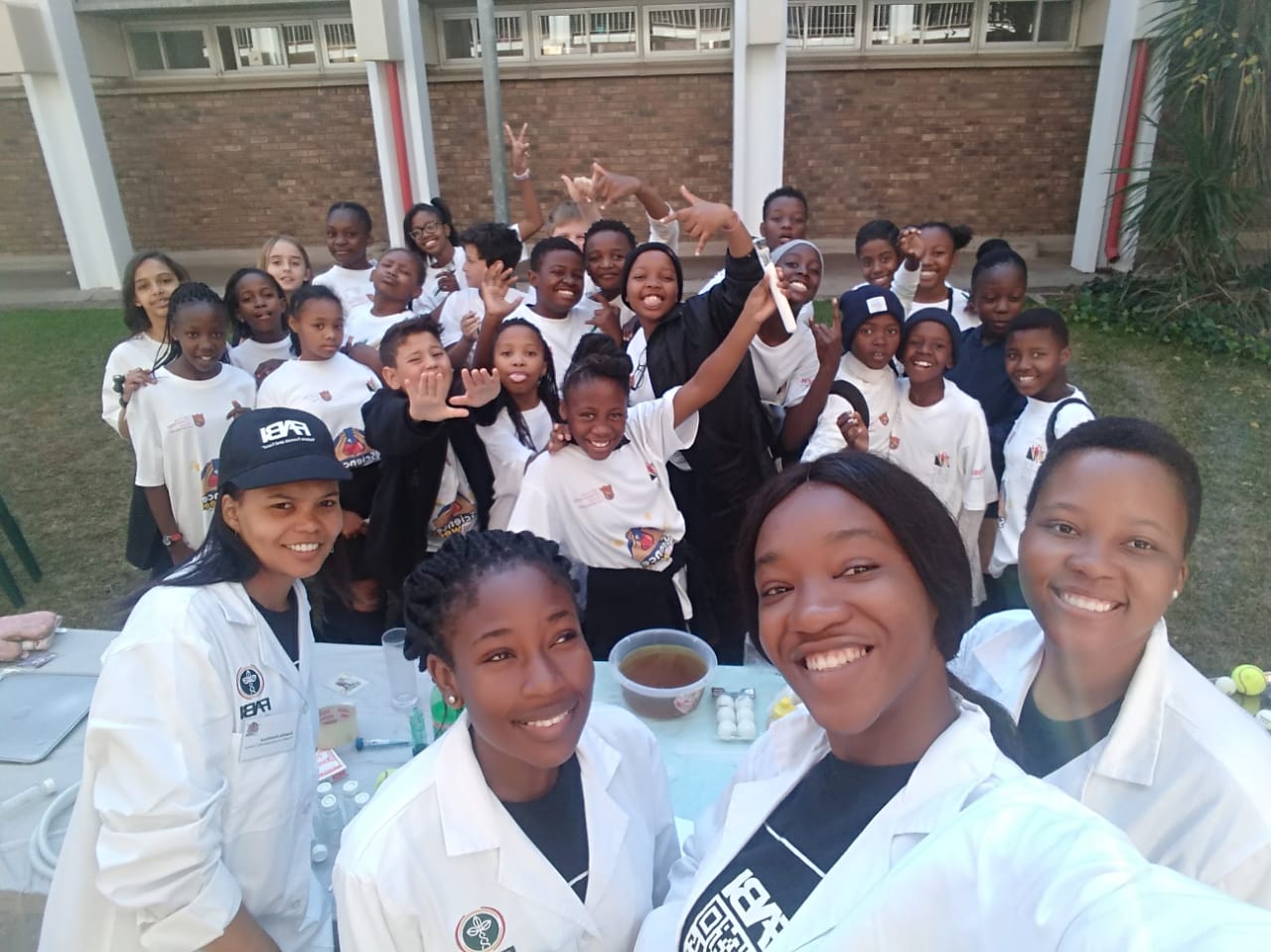 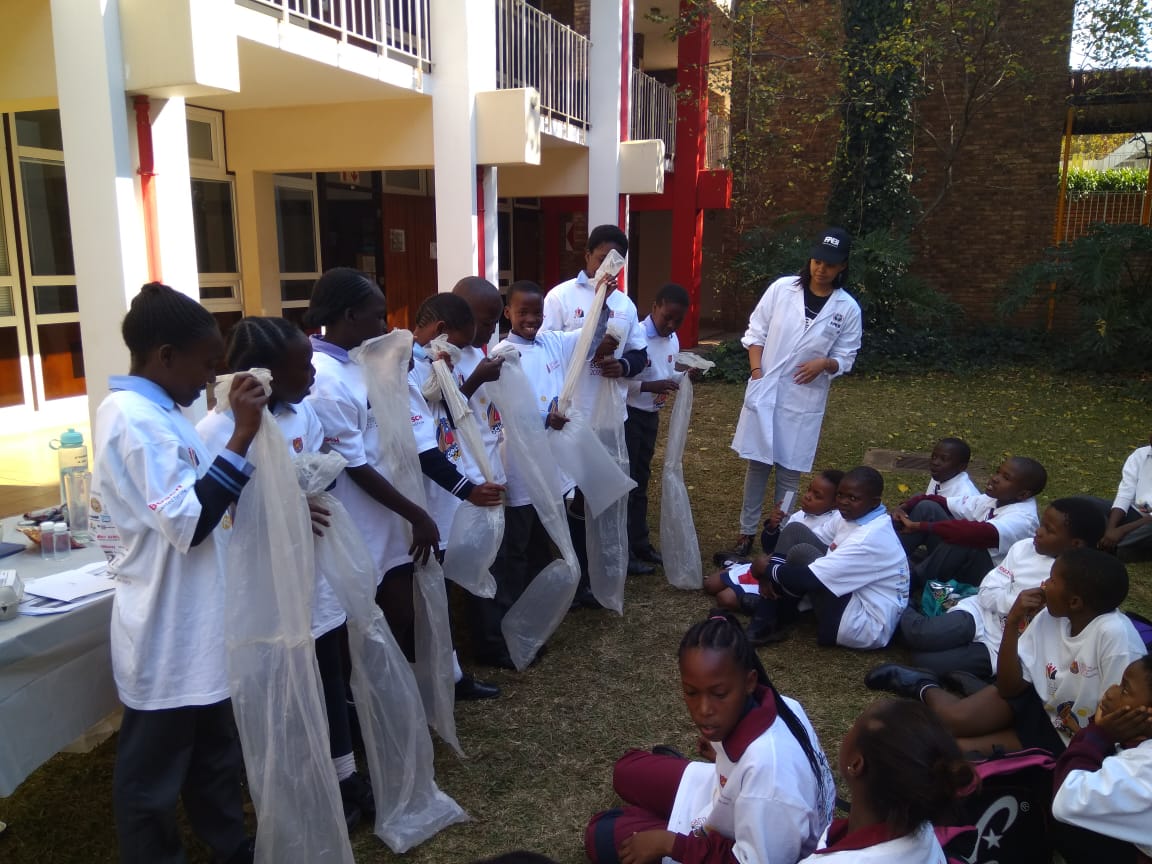 FABIans participated in Science Week held at the Deutsche Internationale Schule in Pretoria from 29 May to 1 June. The team comprised Prof Sanushka Naidoo, Josephine Queffelec, Lorraine Mhoswa and Stefan Ferreira along with the CTHB Outreach team who performed a range of exciting science experiments together with primary and high school learners. In one example, the fifth graders created “Oobleck” – a mixture of cornstarch and water with food coloring of their choice to personalise their Oobleck. This resulted in a substance with interesting physical properties and is an example of a non-Newtonian fluid, meaning that if held loosely in one’s hand, it appears as a fluid. However, if violently hit, it can also act as a solid. The aim of this, along with the other experiments, was to get learners interested in science while still making it fun for them.

While the other Fabians kept the fifth graders enthusiastic about science, the CTHB Outreach team (Juanita Avontuur, Benedicta Swalarsk-Parry, Angel Maduke, Modjadji Makwela and Fezile Mthunzi) performed a range of science and mathematics experiments with the learners from the third to eighth grade. Some of these experiments included “blow in the bag”, learners received a plastic bag and had master the science behind filling the bag with only one breathe. Another experiment included was flaming cremora fireballs - this experiment demonstrated the science and components needed to make a fire. The learners had an enjoyable time and showed curiosity and interest in science careers, making this a worthwhile experience for all!