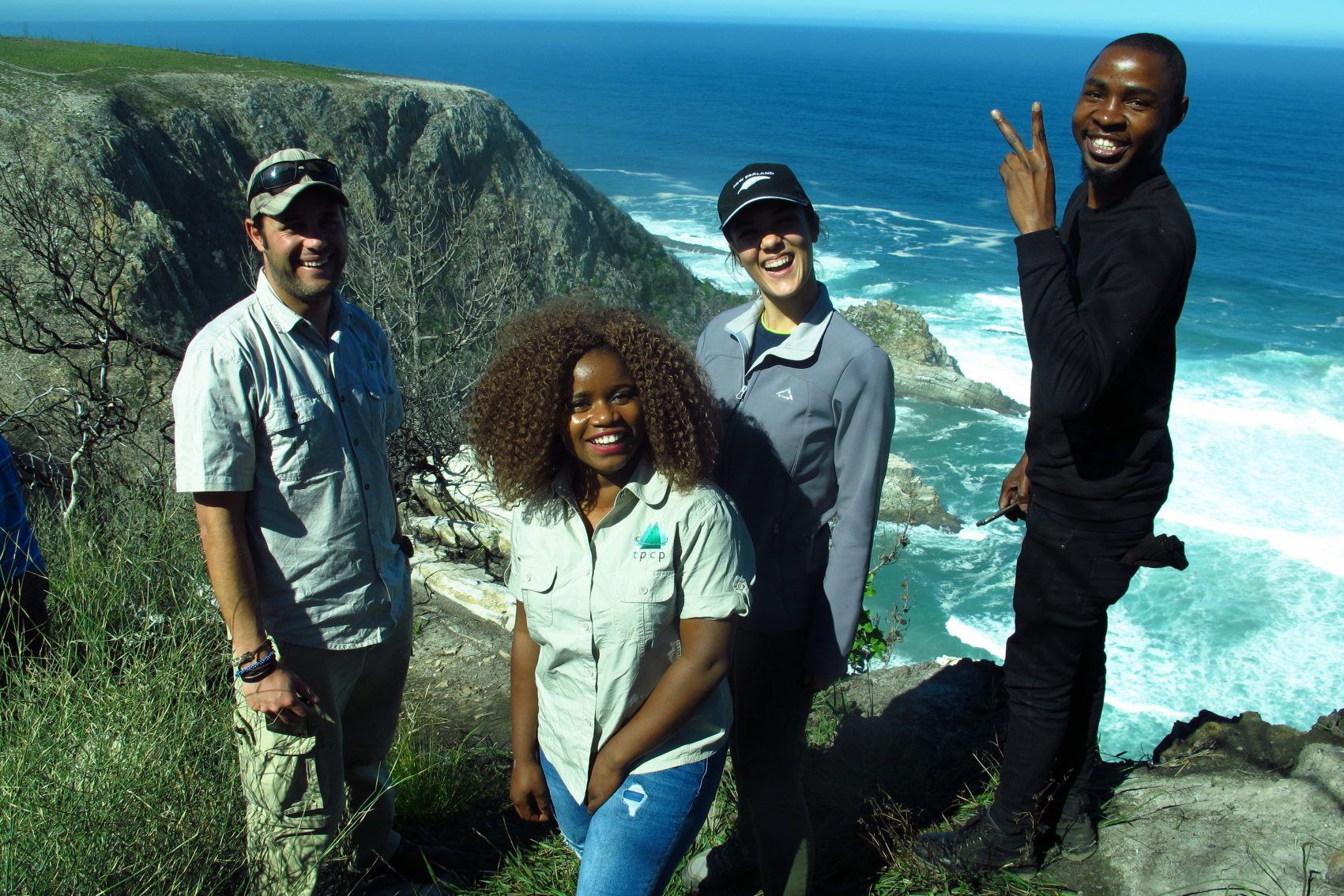 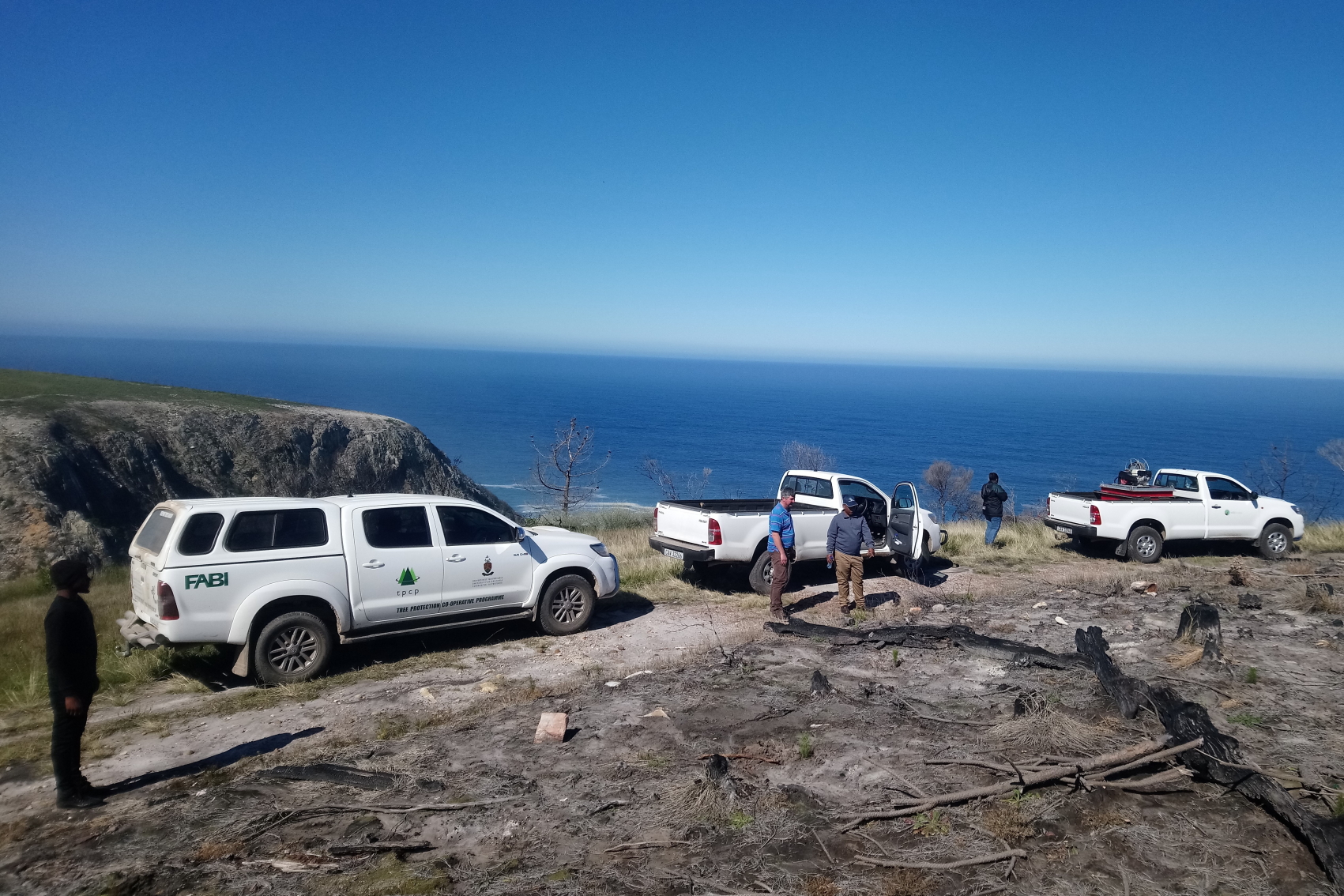 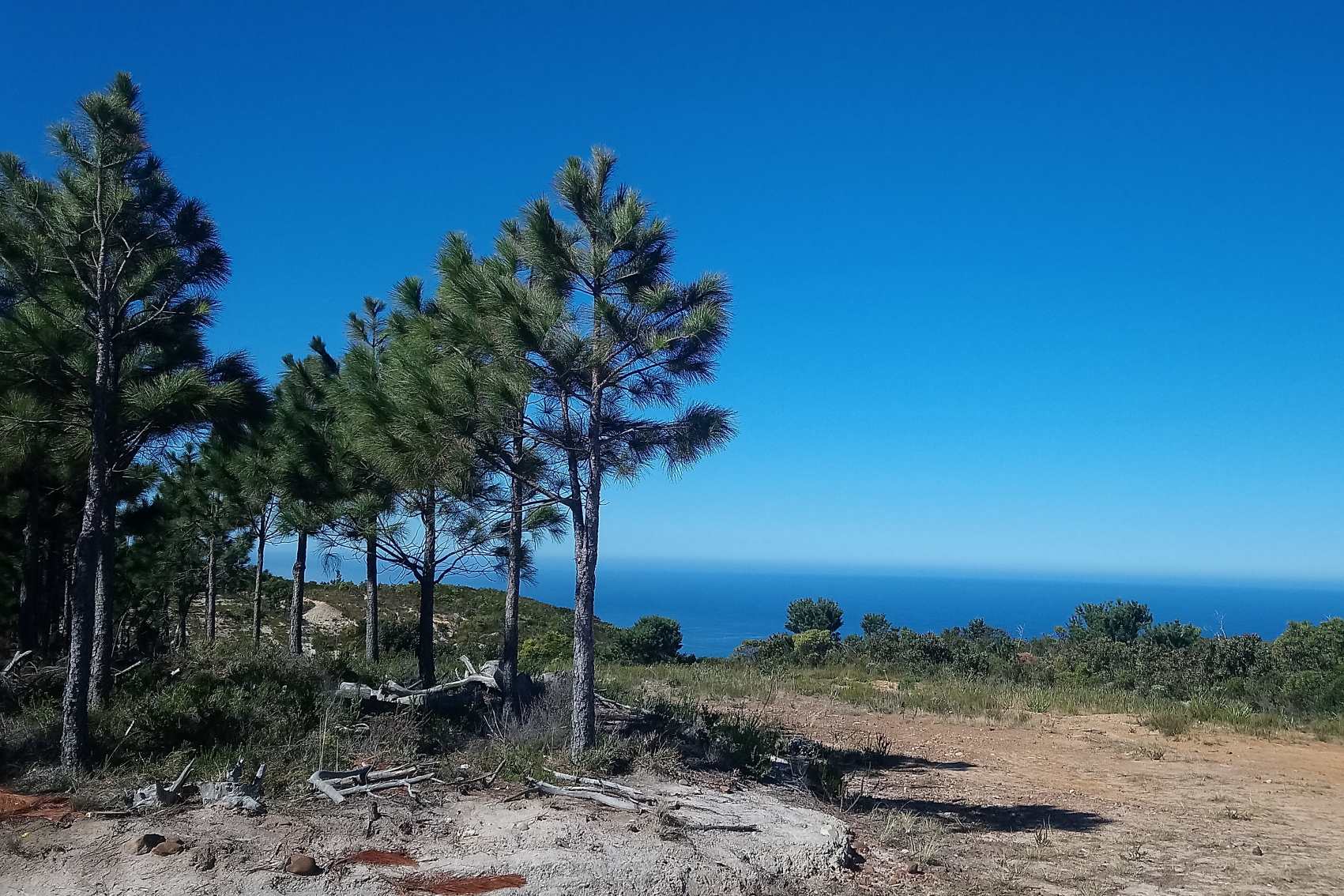 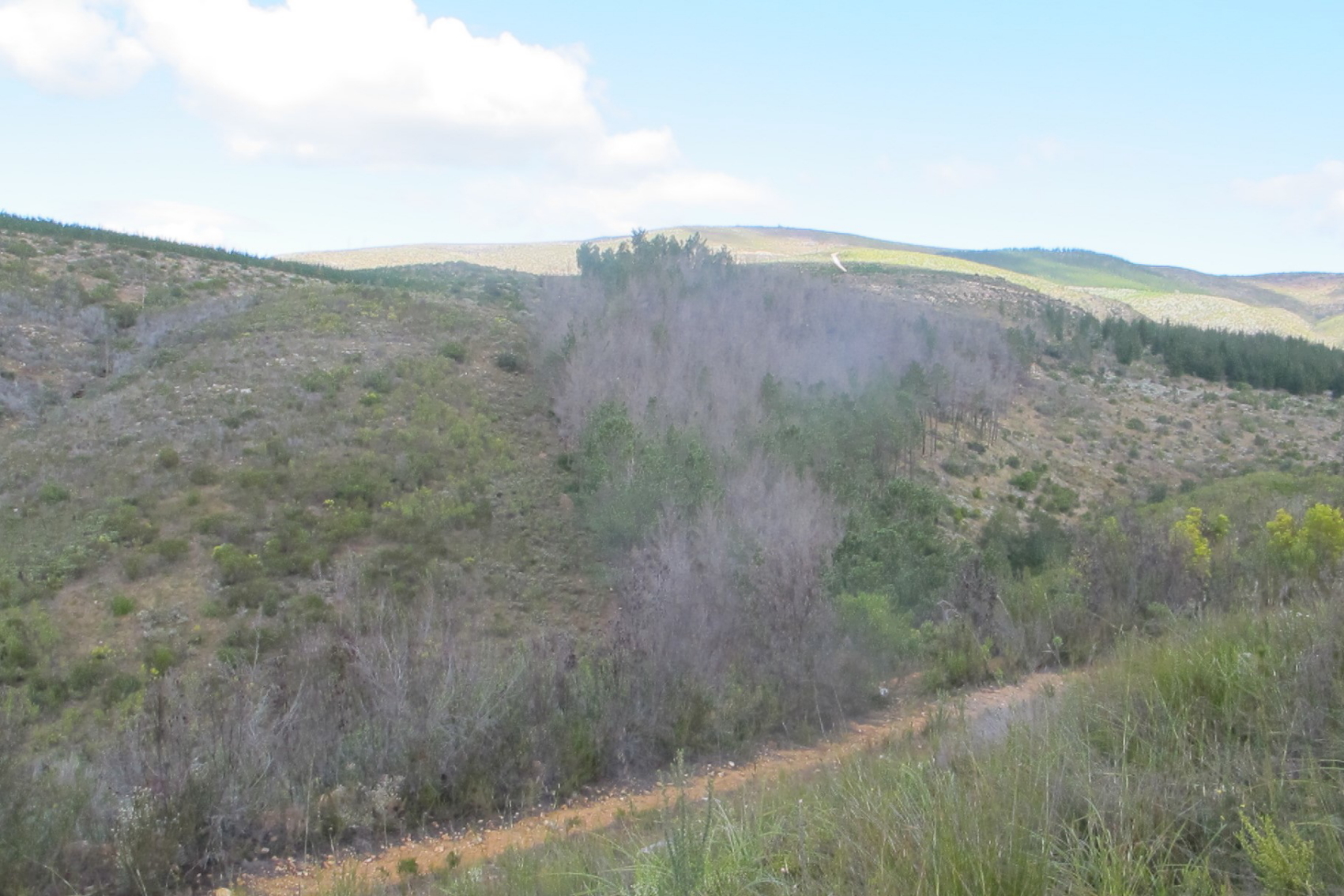 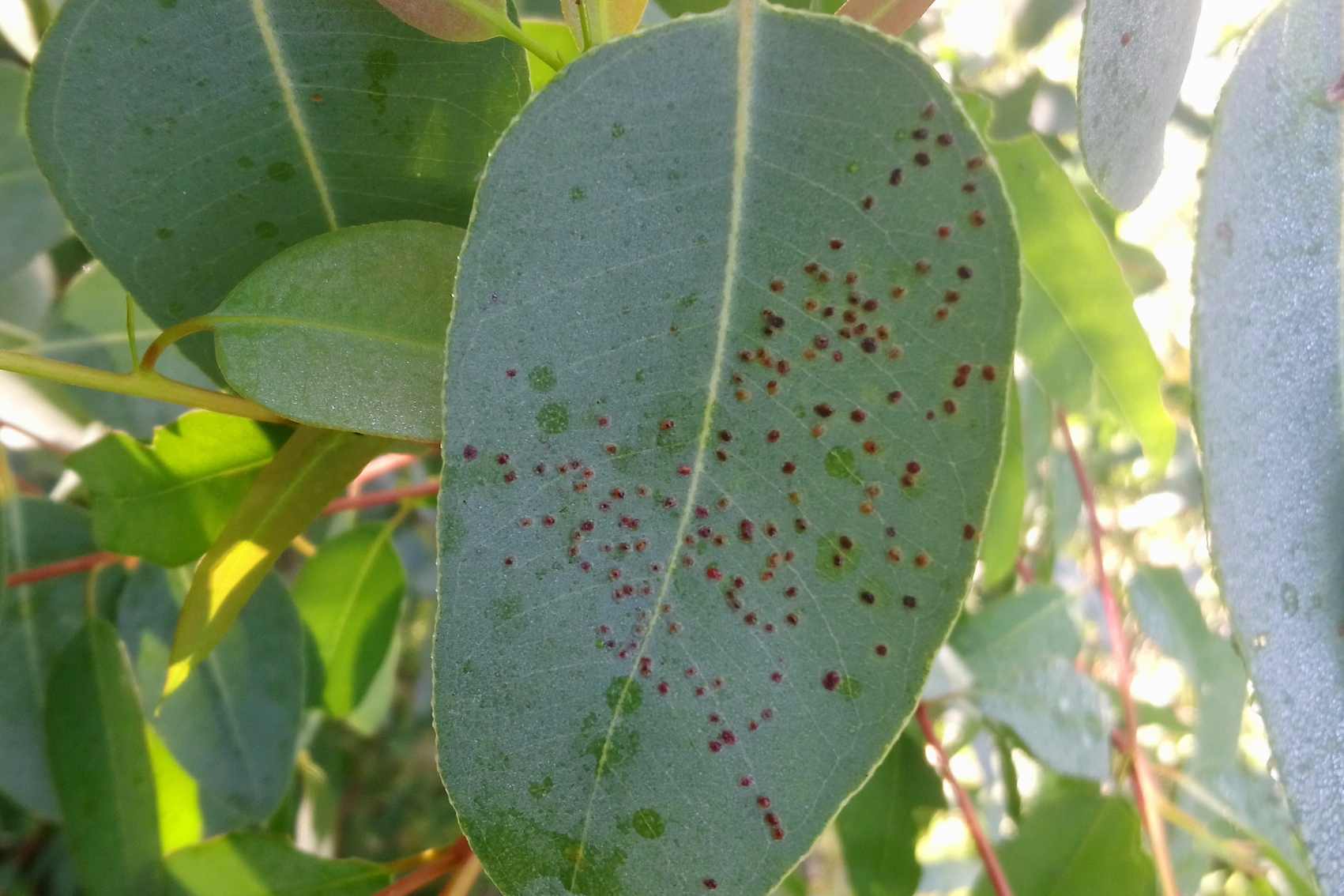 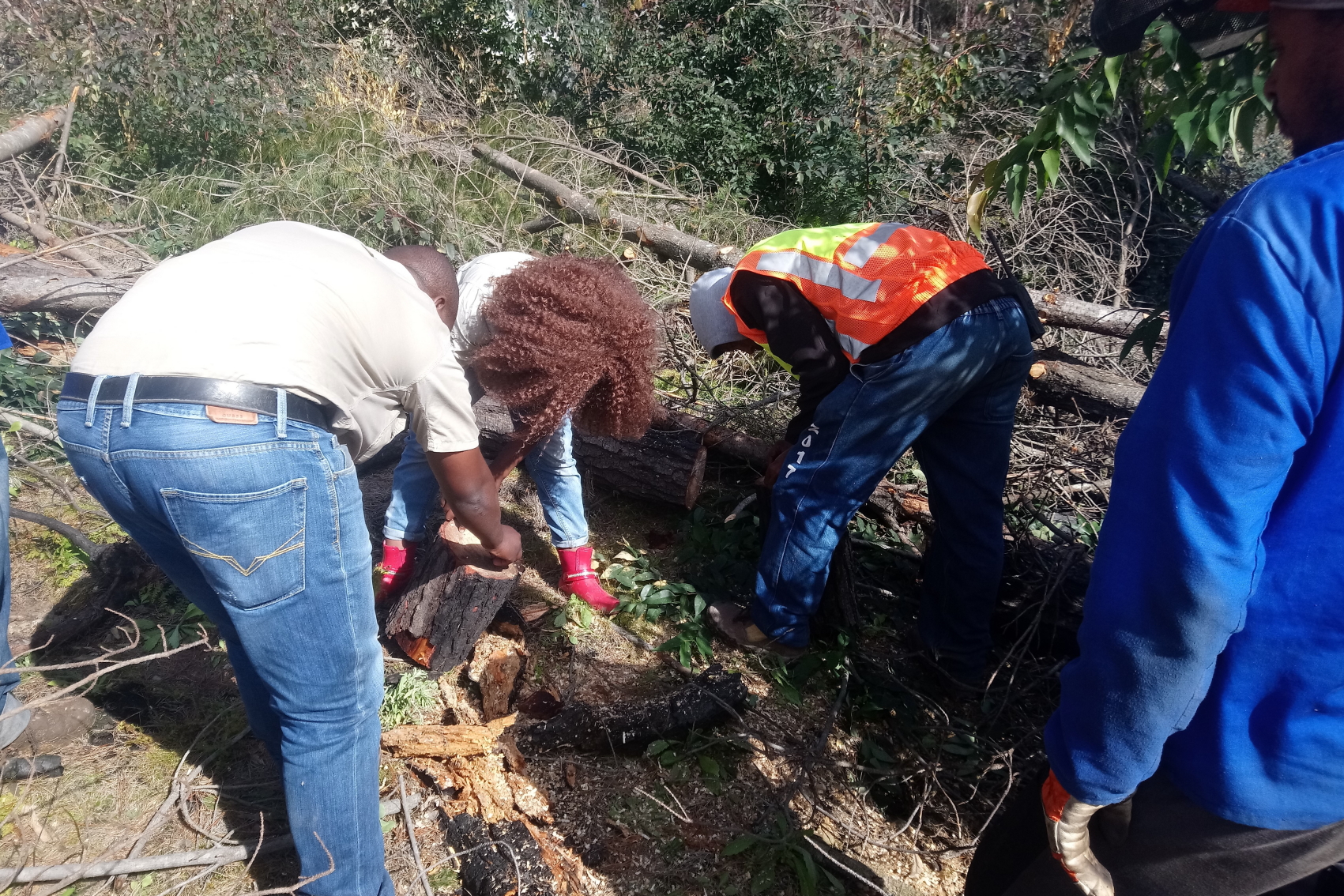 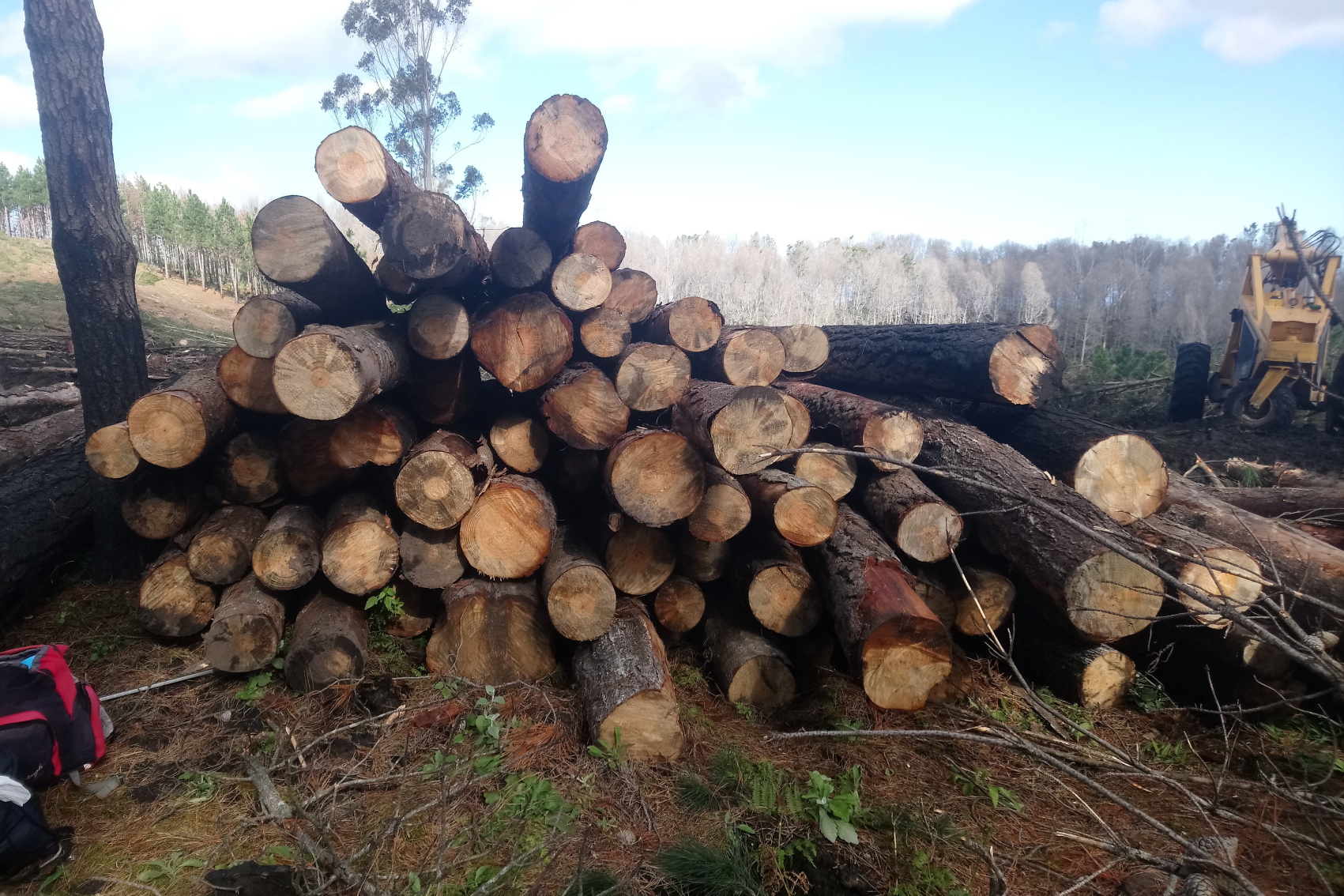 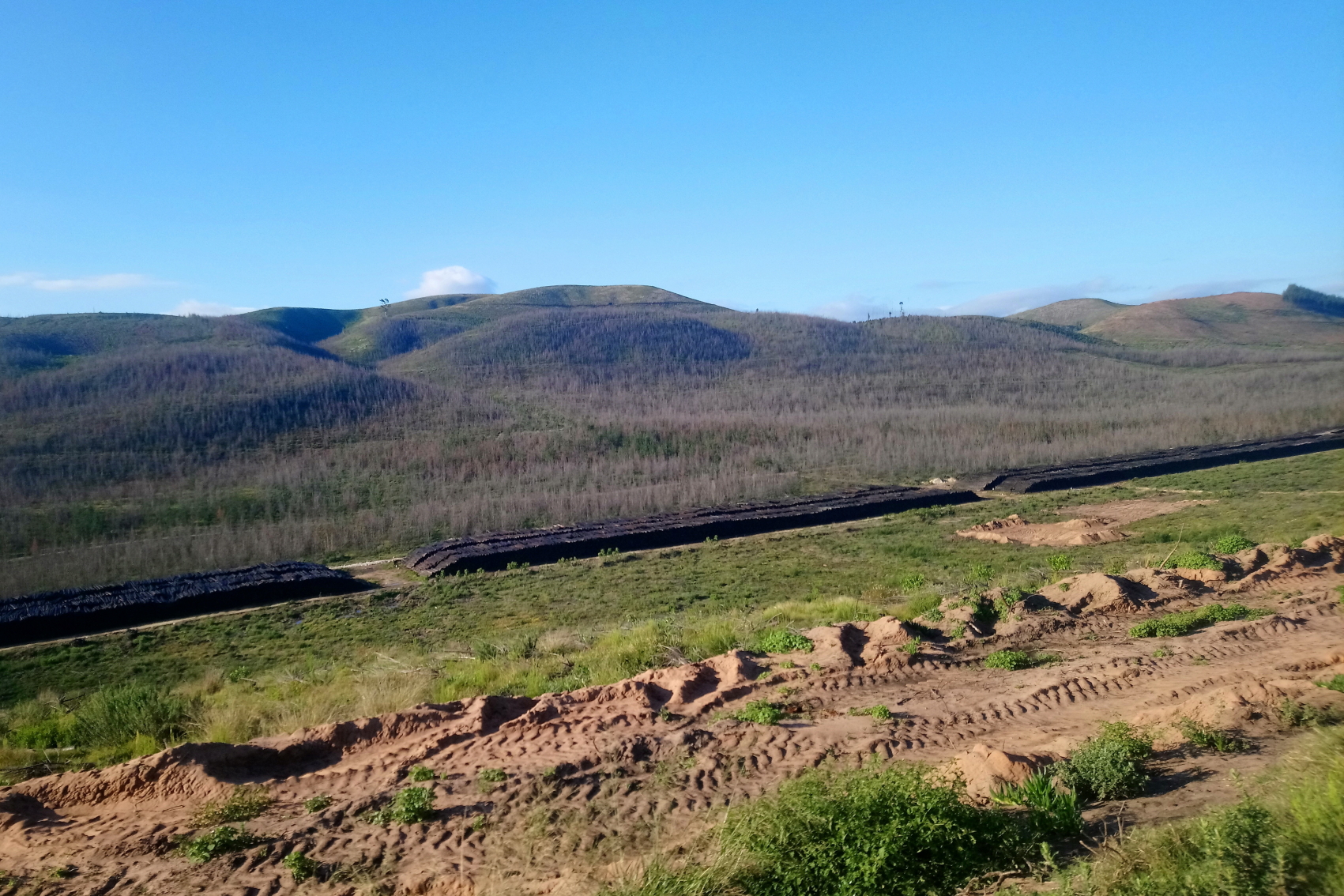 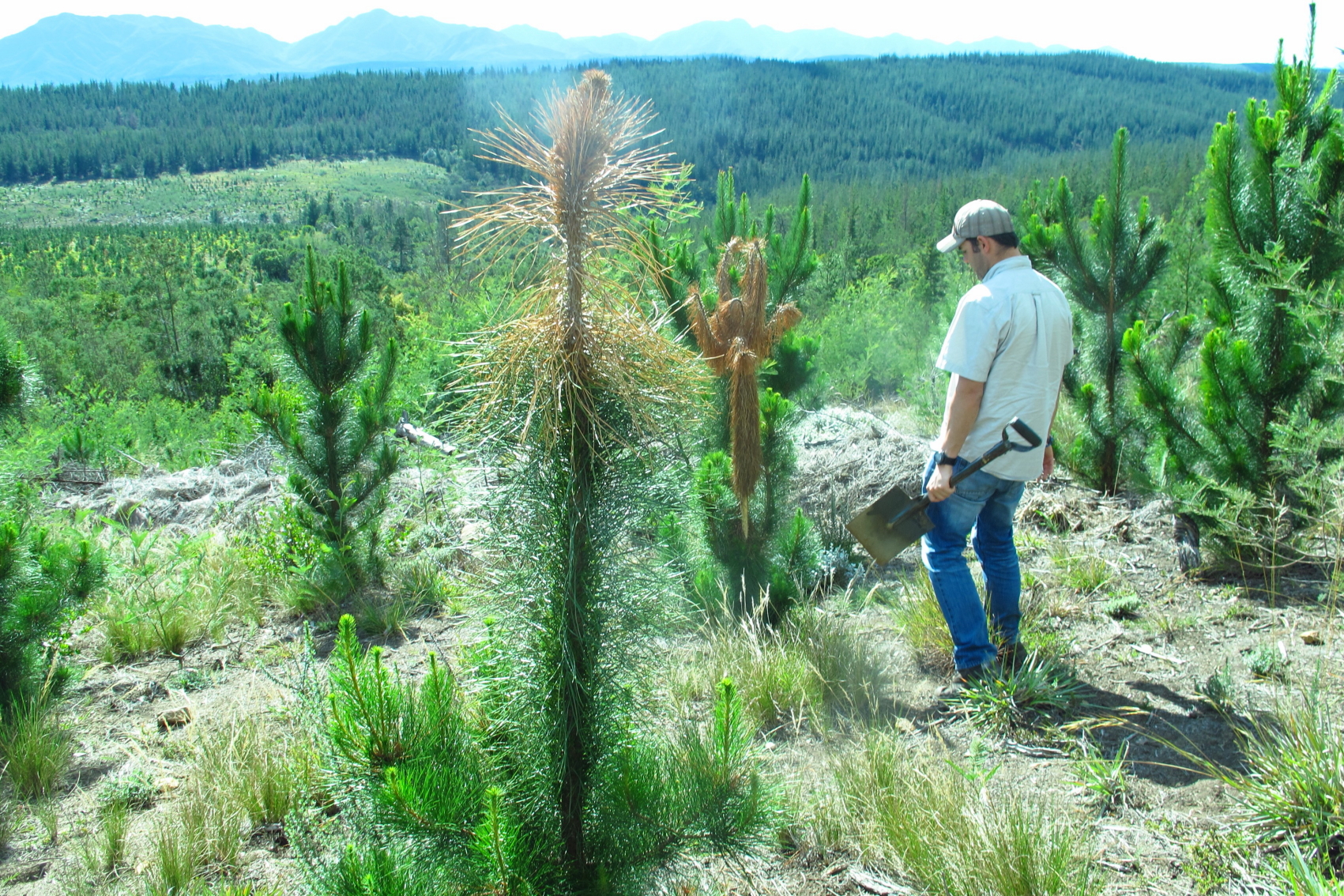 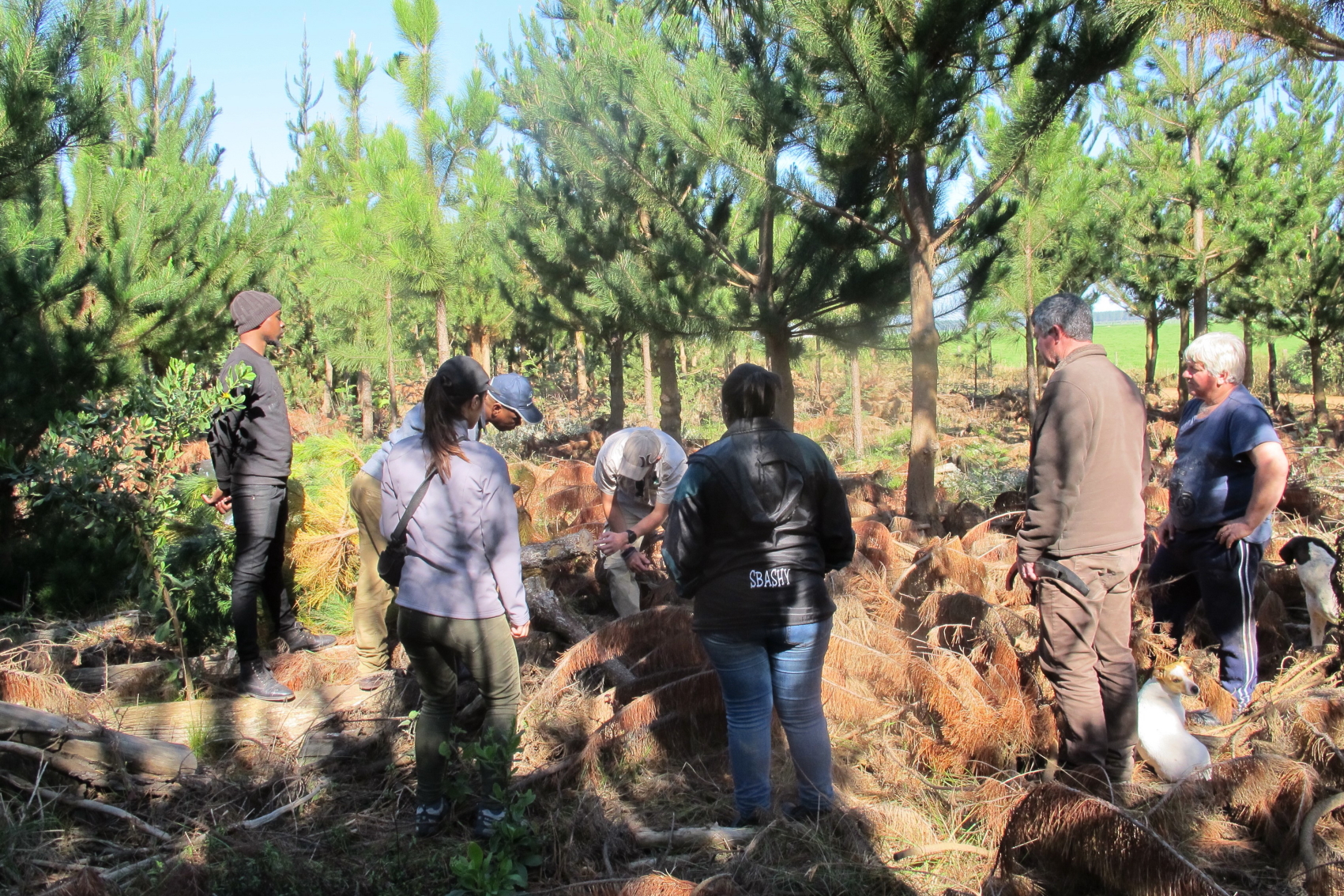 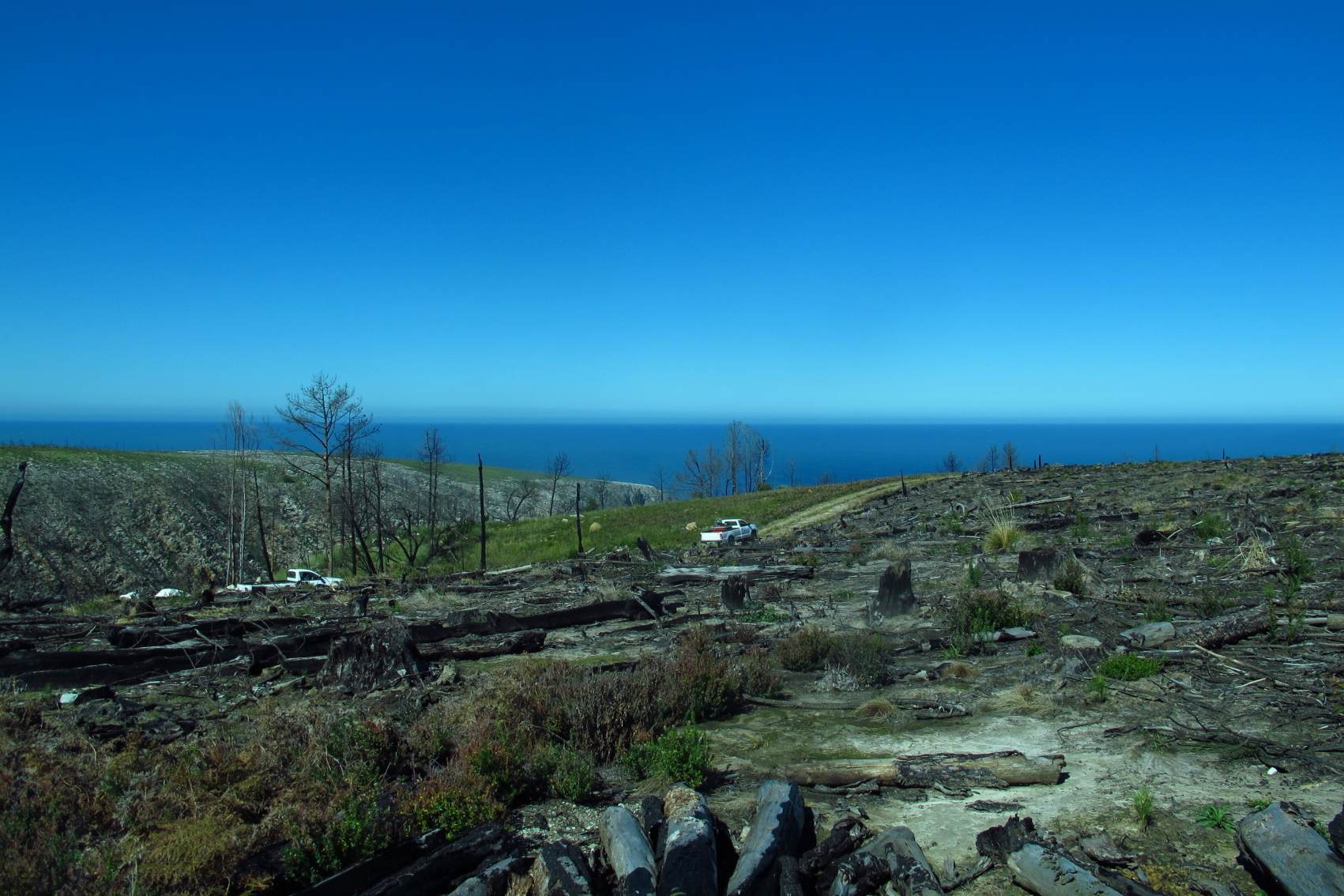 PhD candidate Darryl Herron shares his experiences on a recent field trip to the Cape.

The Cape is a special place to do just about anything; surfing, whale watching, brewing, foresting and field tripping. On the 19th of August, I set off on a 3,800 km journey to and around the Southern and Eastern Cape with one of FABI’s extension officers, Sandisiwe Jali, and two graduate students, Bianca Jardim and Sydney Sithole. The purpose of this field trip was to collect insect specimens and investigate various pest and disease issues in commercial forestry plantations. It isn’t often that the Tree Protection Co-operative Programme (TPCP) finds itself in the Cape, when compared to the much closer Limpopo, Mpumalanga and KwaZulu-Natal Provinces, and it makes this kind of trip special.

And field trips around South Africa are special; you get to see more of this beautiful country, you get to interact more closely with other students, meet the people in the forestry industry, and put your finger on the pulse of plant health in SA. Our first stop was to Stellenbosch - wine country - to meet Deon Malherbe, a researcher at Stellenbosch University. Deon is monitoring a Eucalyptus (gum) trial, which was setup by Camcore - an international tree breeding organization - to look at the performance of various hybrids across different sites. This valuable trial is under attack by a number of Eucalyptus pests, which we helped Deon identify. Together, we worked out a scoring system for better assessing the damage caused by these insects.

From there, we set off east to Riversdale, about 50km north of Still Bay, to collect a few pine logs containing the larvae of the woodwasp, Sirex noctilio. The larvae and adults of this wasp will be examined at FABI for the presence of a tiny worm, Deladenus siricidicola - a bio-control agent developed at FABI that has saved the South African forestry industry more than R400 million rand. Here we paused to take in some of the sights while we thought about what R400 million rand could buy you.

The next day, we continued east, towards Knysna, to meet Awelani Netshituka, a forester working for PG Bison at the Ruigtevlei office. Many parts of the Cape have been, and still are, at the mercy of a severe drought, the worst in 100 years. We were often reminded about using water sparingly by the little notes stuck on the walls near the taps and toilets of our accommodation. While the drought meant one couldn’t take long showers anymore, it also meant that much of the vegetation hadn’t had a good shower either. The dry conditions, high winds speeds and building fuel load led to the fires that swept through Knysna and the surrounding areas, claiming seven lives.

Awelani showed us some of the areas that had been devastated by the fires and the recovery operations under way to try and salvage some of the burnt timber. In the valley below the Ruigtevlei office, in front of thousands of dead trees, there are long lines of what looked like neatly stacked mounds of charcoal. When we asked what those lines were, we were told that they were the burnt logs they had harvested after the fire. They have harvested so much, the market is flooded. Now they have to try and store it! The arrangement of theses logs under sprinklers are called wet decks, which helps keep the wood moist until they can be used.

While many trees were harvested, the lesser-affected younger stands were left to recover. Awelani took us to some of these compartments. The prolonged drought has had a significant impact on these trees. They are trying to recover but without good rains they are being attacked by a number of different secondary or opportunistic pests and fungi; killing those too weak to put up a fight.

And this wasn’t isolated to a single company or region. We saw more examples of this north, at Bergplaas, where we spent the day with Francois du Plessis, an MTO forester, and at Lottering and Witlesbos, in the Eastern Cape, with Koos Lourens and Godfrey Visagie, also foresters with MTO. We all hope the rains return soon.