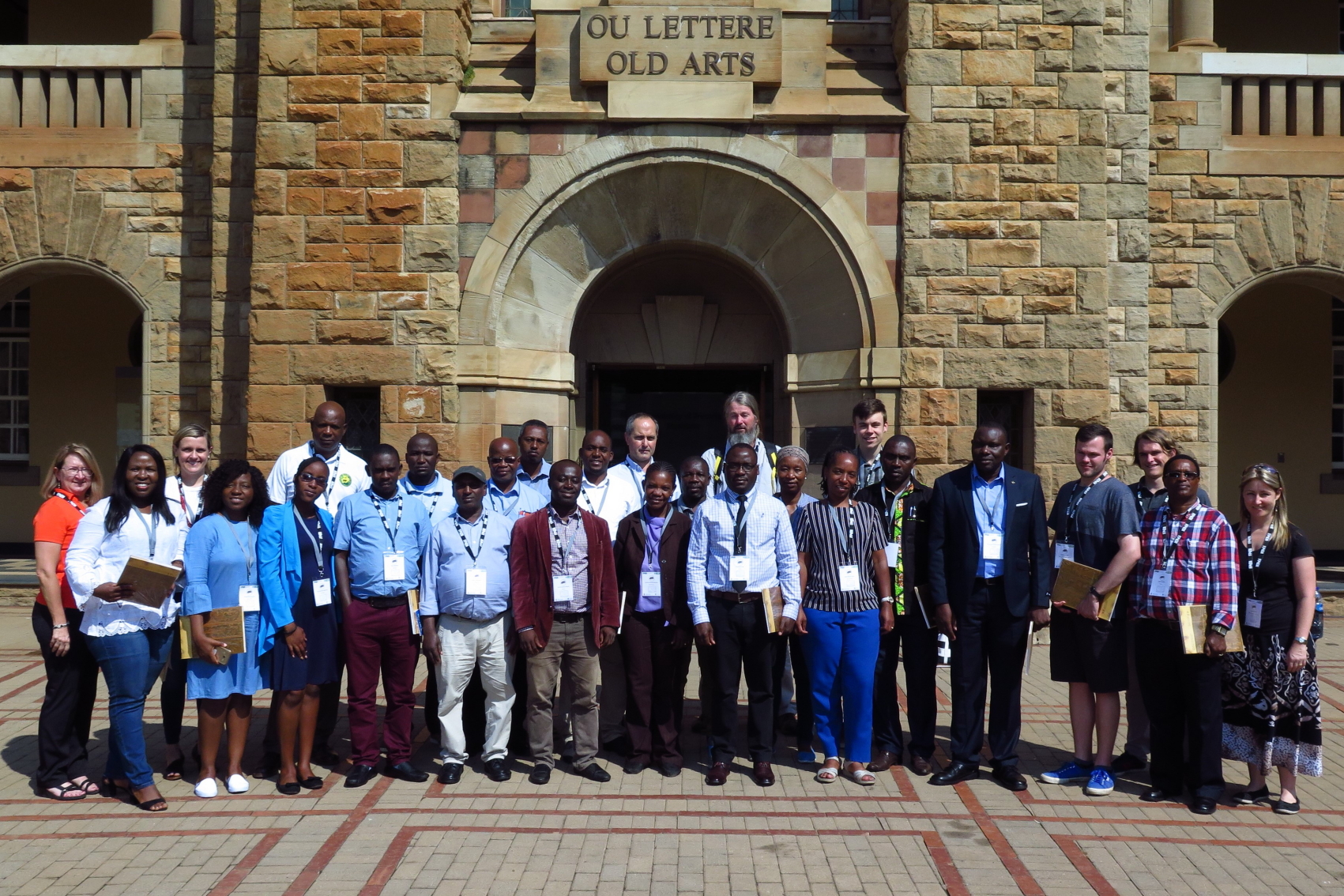 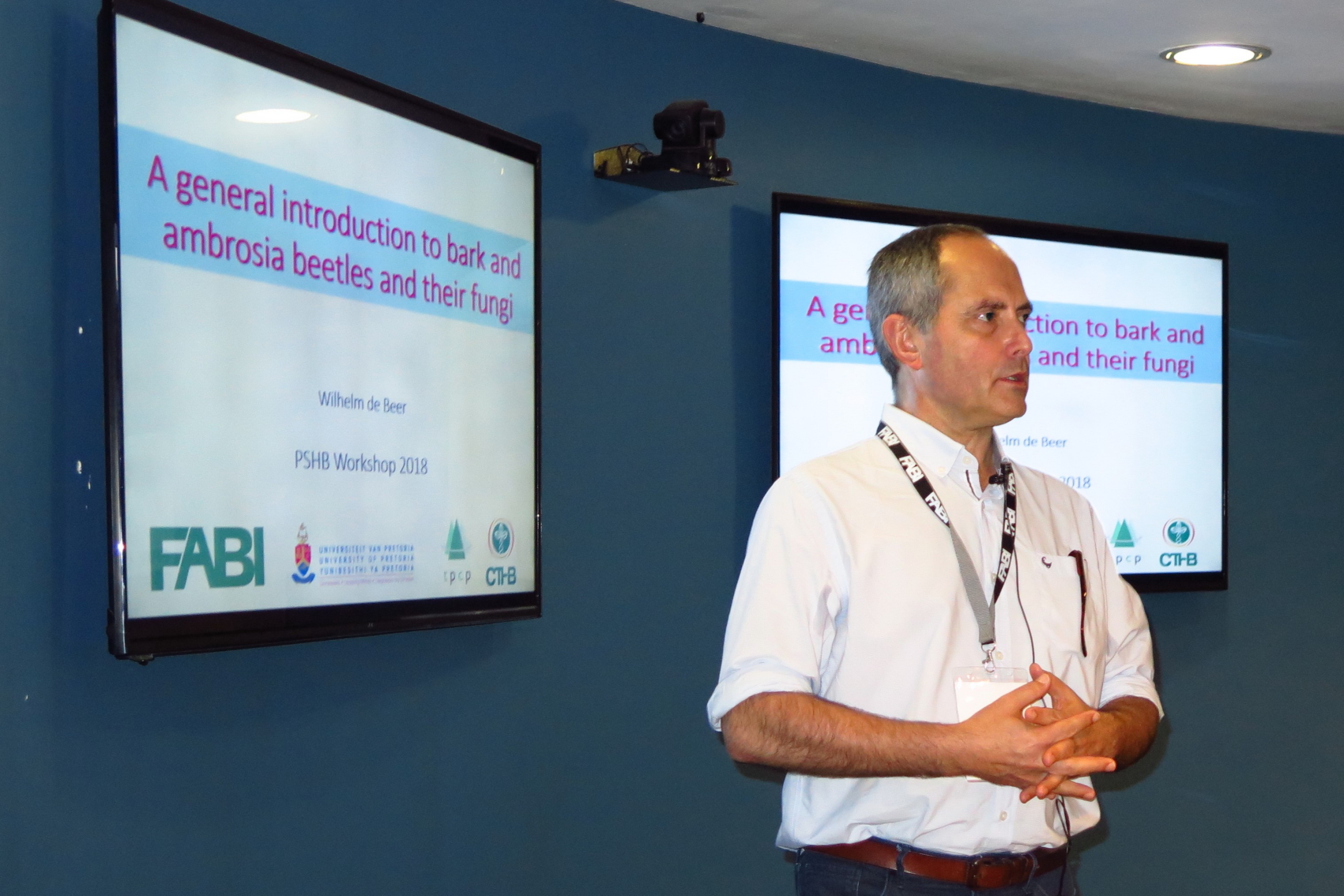 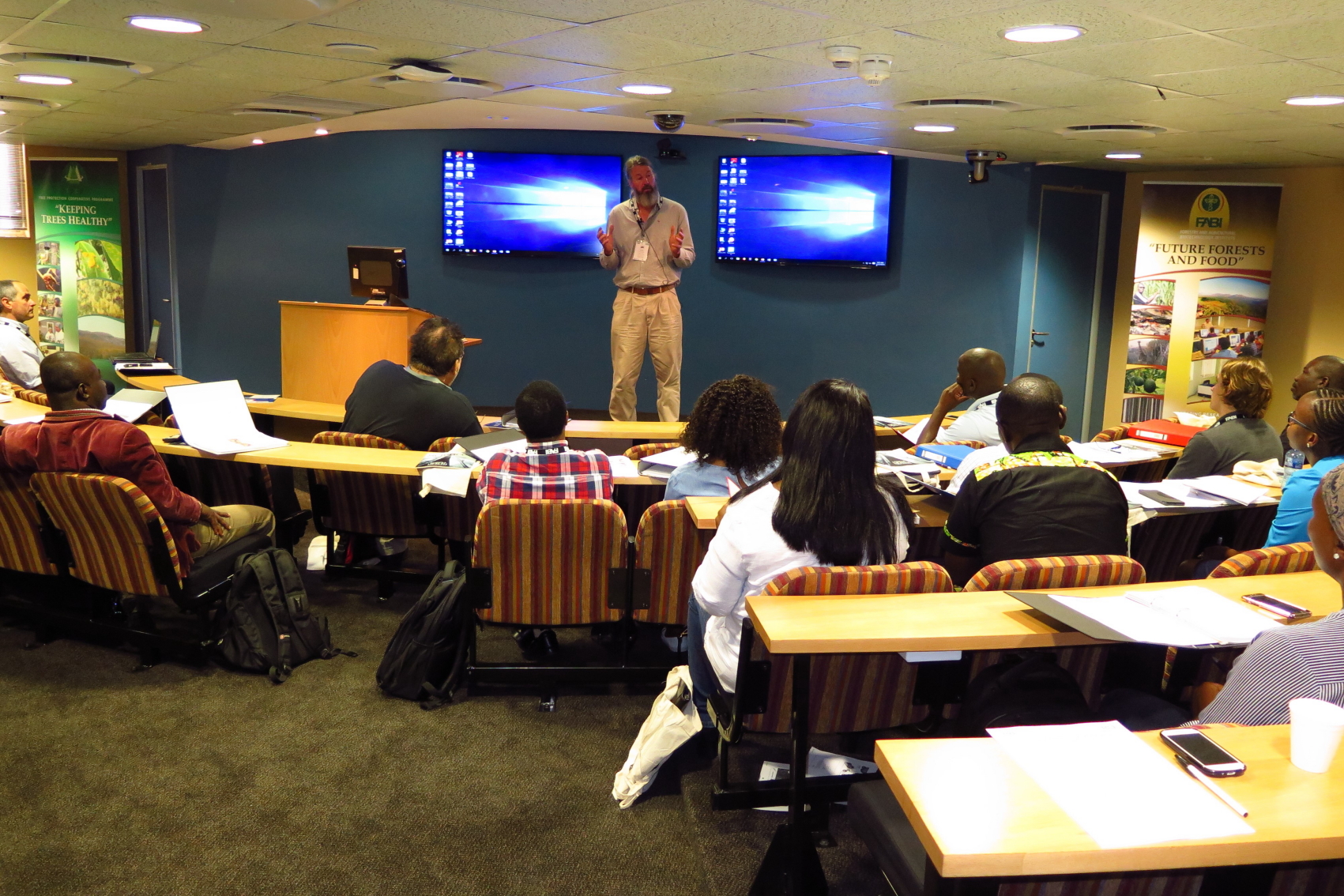 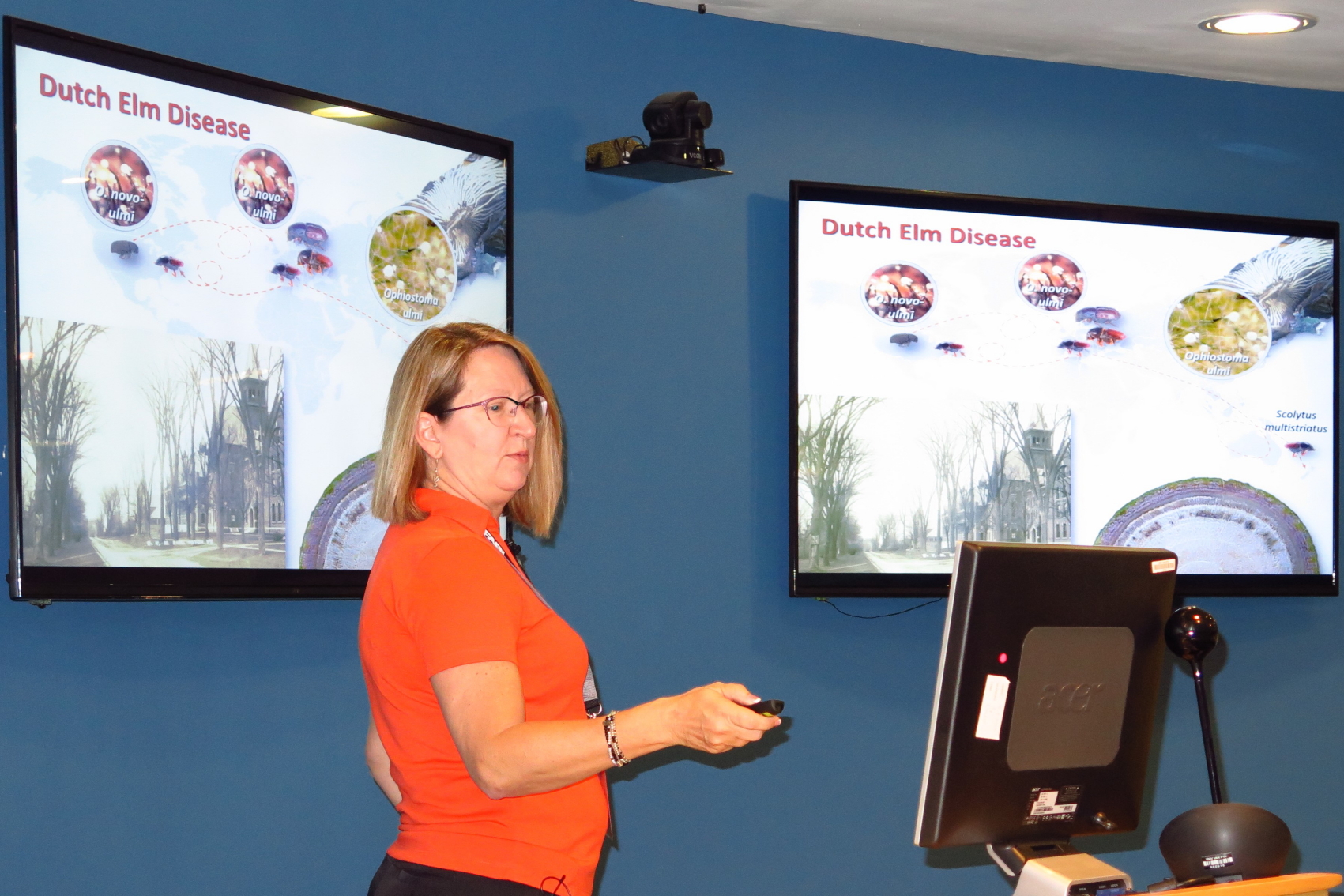 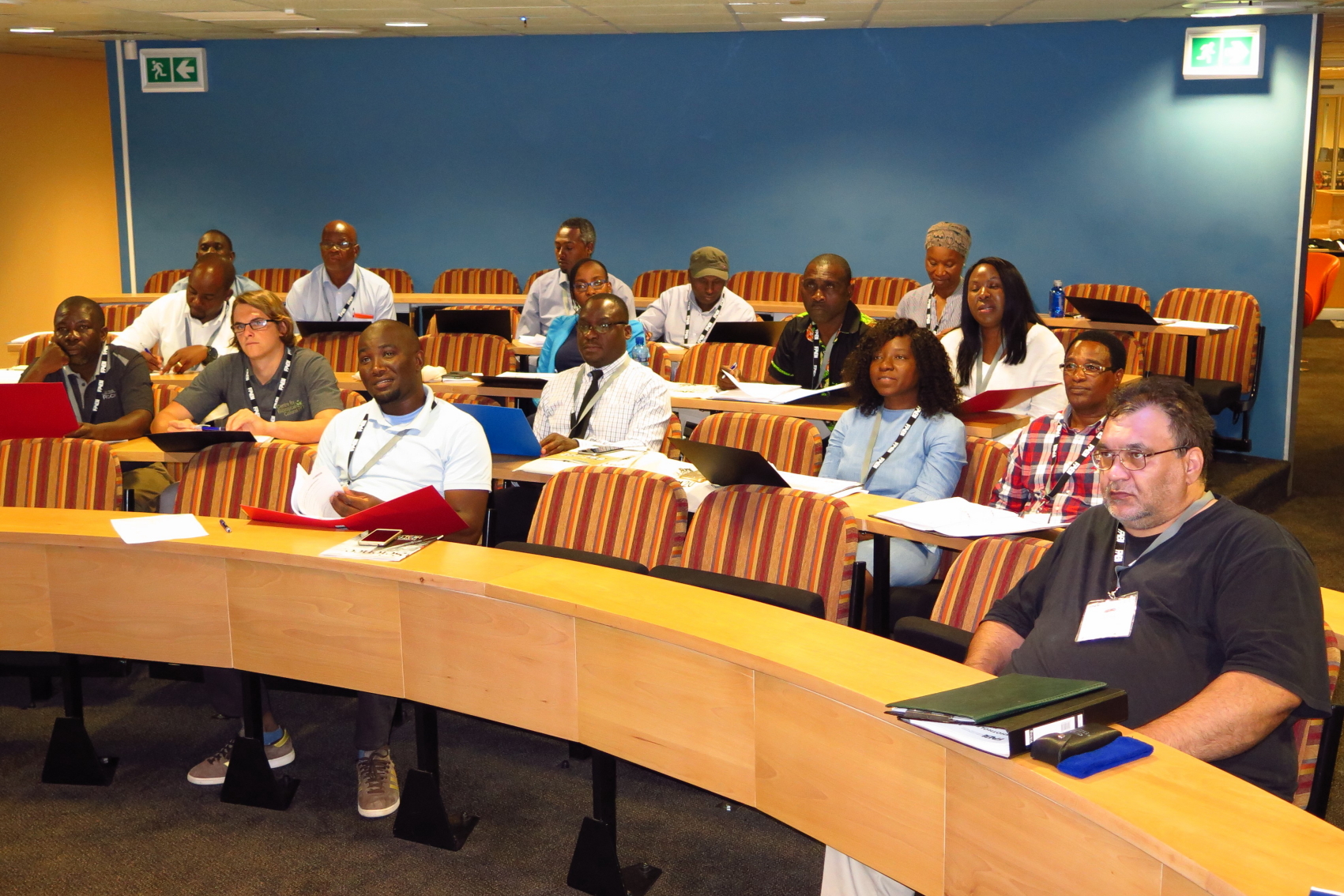 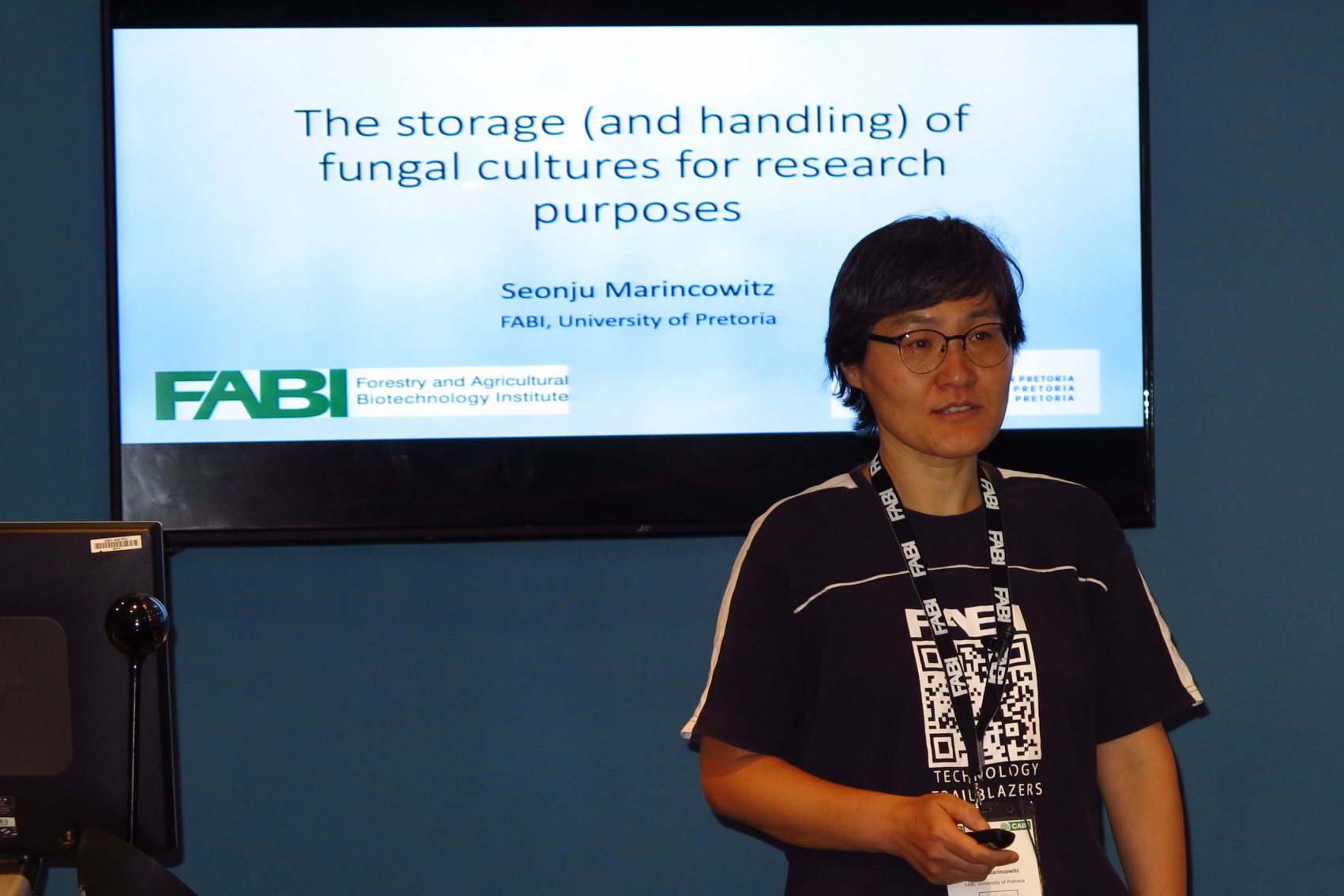 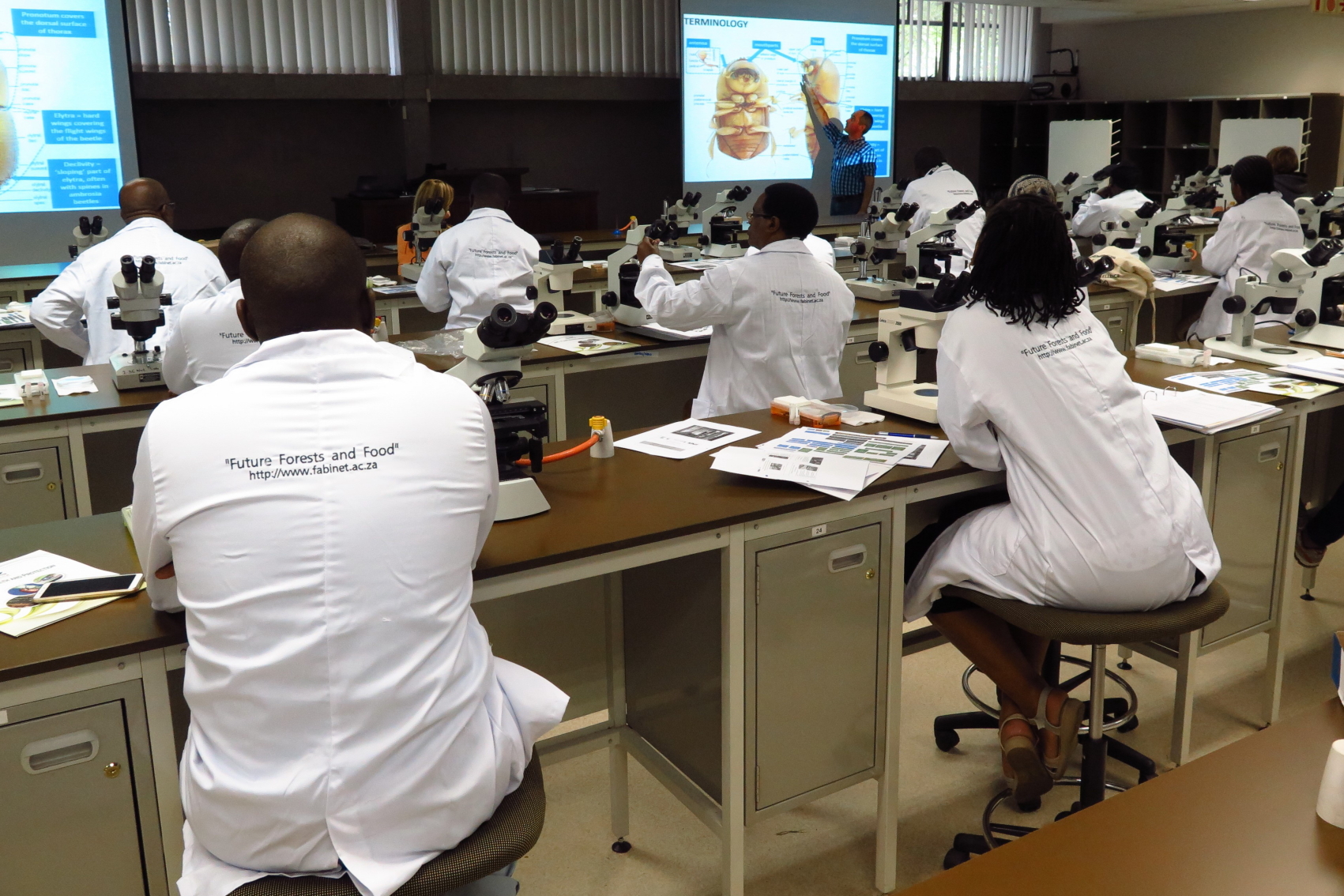 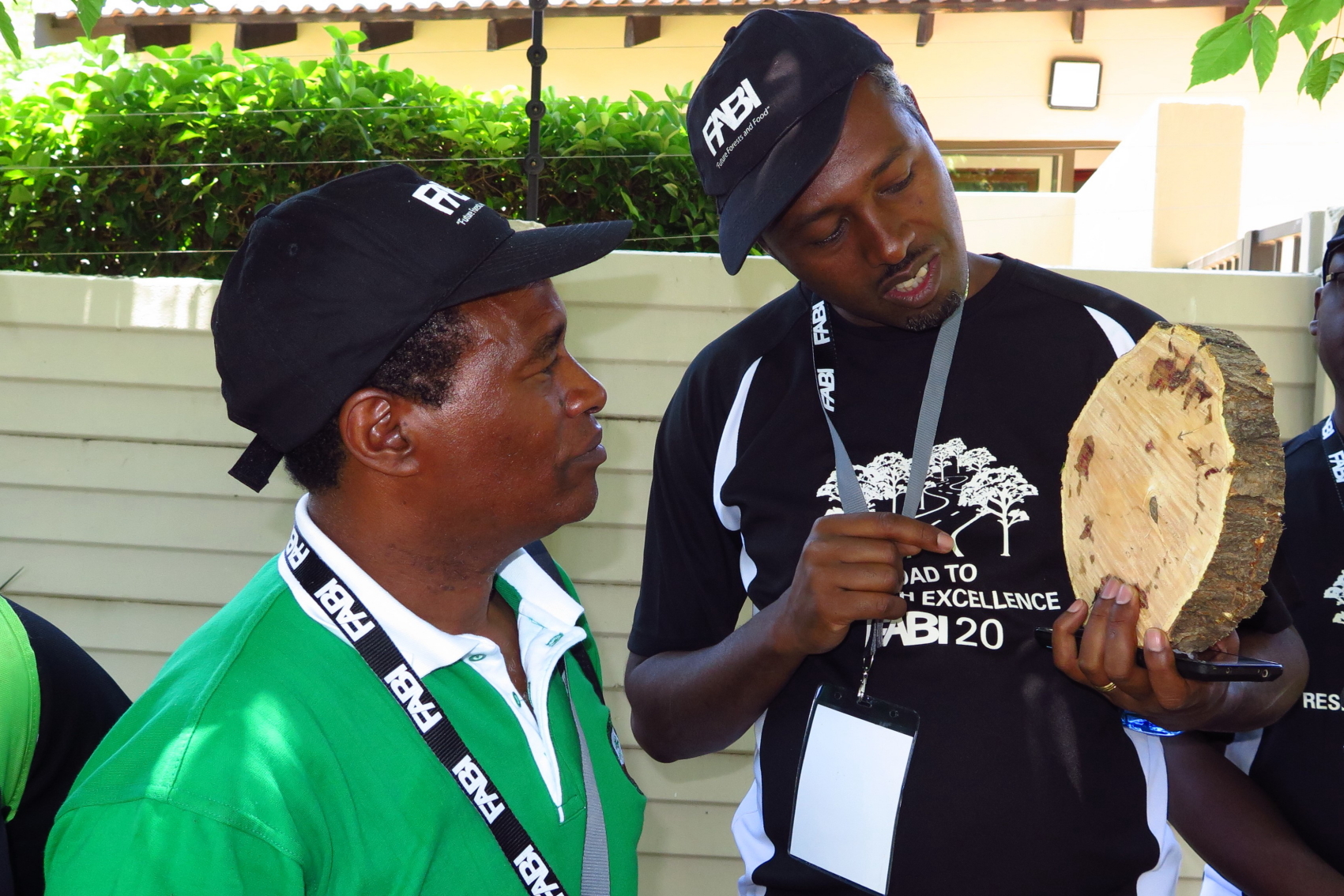 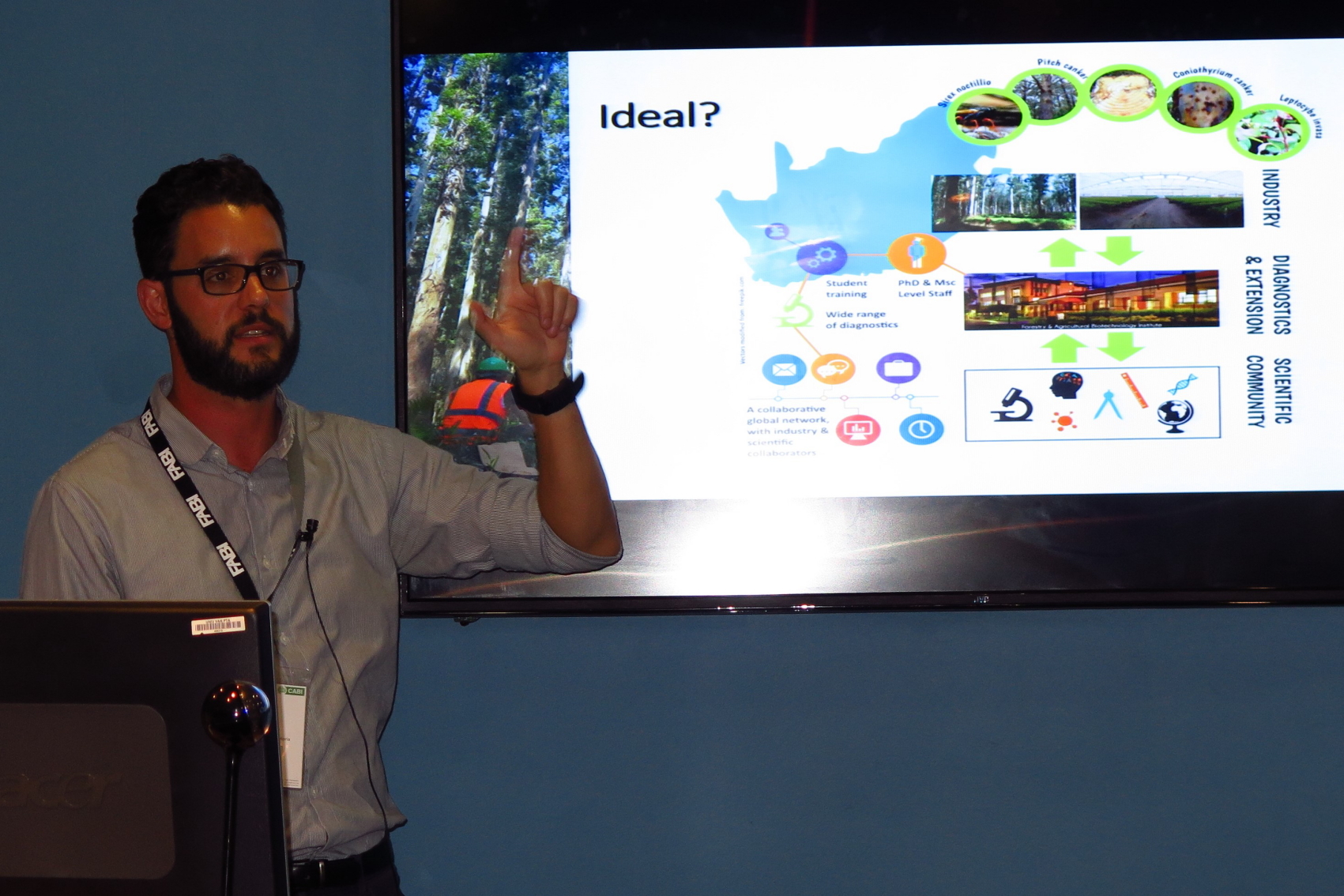 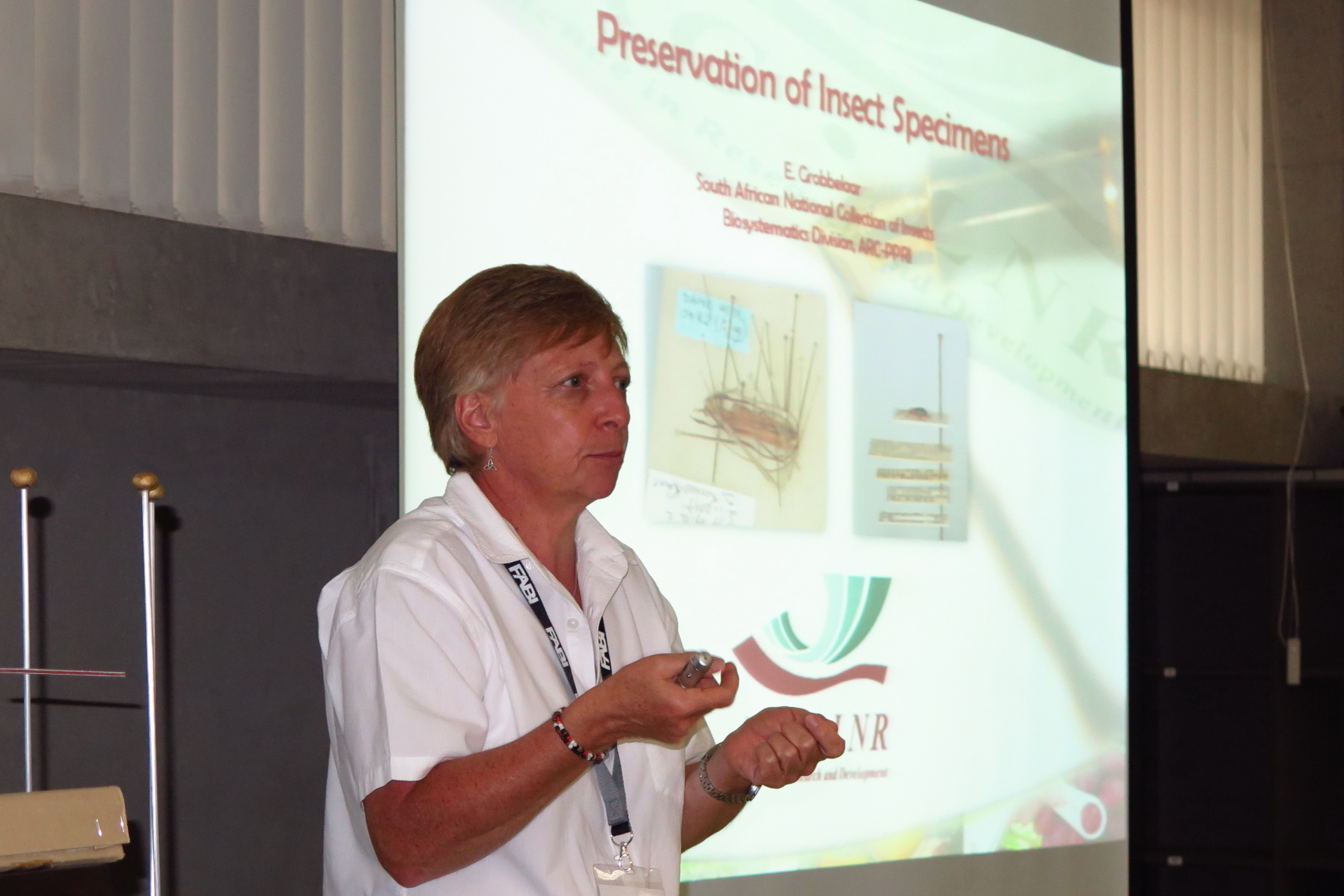 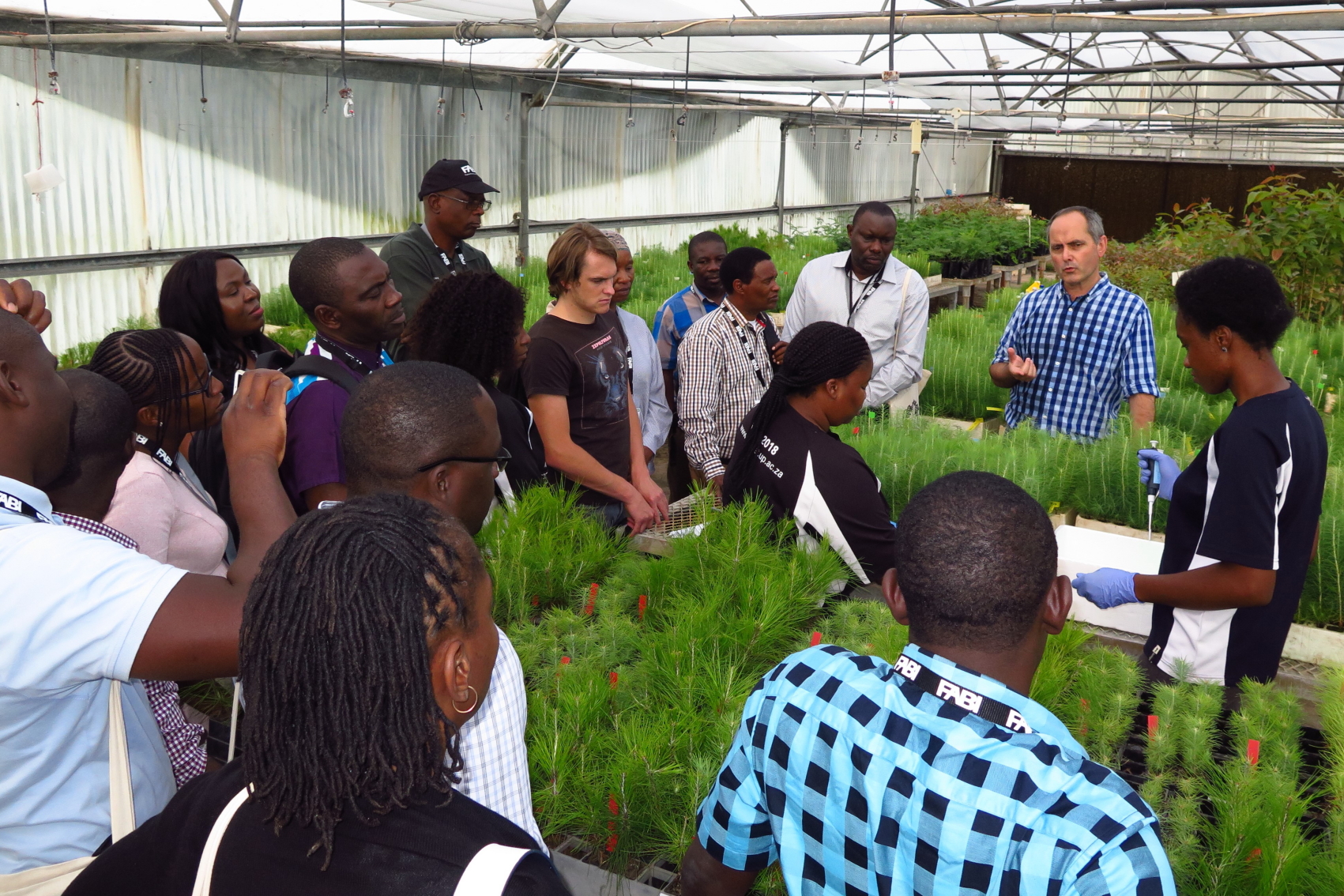 During the last week of November, a team of scientists from FABI under the leadership of Prof. Wilhelm de Beer hosted the first workshop in Africa specifically focused on the invasion of the Polyphagous Shot Hole Borer (PSHB). CABI (Centre for Agriculture and Bioscience International) requested FABI earlier this year to train scientists from across Africa to enable them to detect the presence of the PSHB elsewhere in Africa.

The PSHB was first reported from South Africa early this year after it was discovered infesting trees in KwaZulu-Natal. However, it has not been reported from elsewhere in Africa, although the possibility exists that this Southeast Asian pest is already present in other countries on the continent.

The beetle carries and inserts a fungus that might eventually kill the tree, depending on the tree species. Together, the beetle and fungus have been responsible for the death of thousands of street trees in Johannesburg, Pietermaritzburg, George and Knysna. It also has the potential to cause severe damage to commercial tree crops such as avocado and pecans.

As the invasive PSHB can be confused easily with other common ambrosia beetles, it might go undetected for some time after it was introduced into a new area or country. For this reason, CABI approached FABI to train scientists of other countries in Africa to recognise the beetle and its fungus, before an invasion reaches epidemic proportions. This would enable the implementation of management strategies to mitigate its impact.

The workshop, fully funded by CABI, was attended by 25 people from 14 countries that included Botswana, Cameroon, Ethiopia, Ghana, Kenya, Malawi, Mozambique, Namibia, South Africa, Swaziland, Tanzania, Uganda, Zambia and Zimbabwe. Lectures were presented by various members of the FABI team, the ARC and the Early Warning Systems division of DAFF, on aspects like the biology, life cycle, symbiosis, impact, spread, control and management of the PSHB. The group also visited streets with infested trees in Johannesburg where City Parks staff assisted on cutting down heavily infested trees to show how reproductive hosts trees can be recognized. The attendees also spent a day in the UP Plant and Soil Sciences laboratories where they were trained in the pinning of beetles, isolation of fungi from infested material, as well as the preservation, microscopy, and recognition of the PSHB and its fungal symbionts.

The attendees have now formed a PSHB African network under the guidance of Dr Arne Witt of CABI, that will monitor and report possible PSHB infestations in Africa. The PSHB team at FABI will assist in diagnoses of the beetle and fungi where necessary. The success of this partnership between FABI and CABI will hopefully lead to more such workshops in future, that will strengthen and build more capacity in Africa to recognize and deal with forest and agricultural pests and diseases.