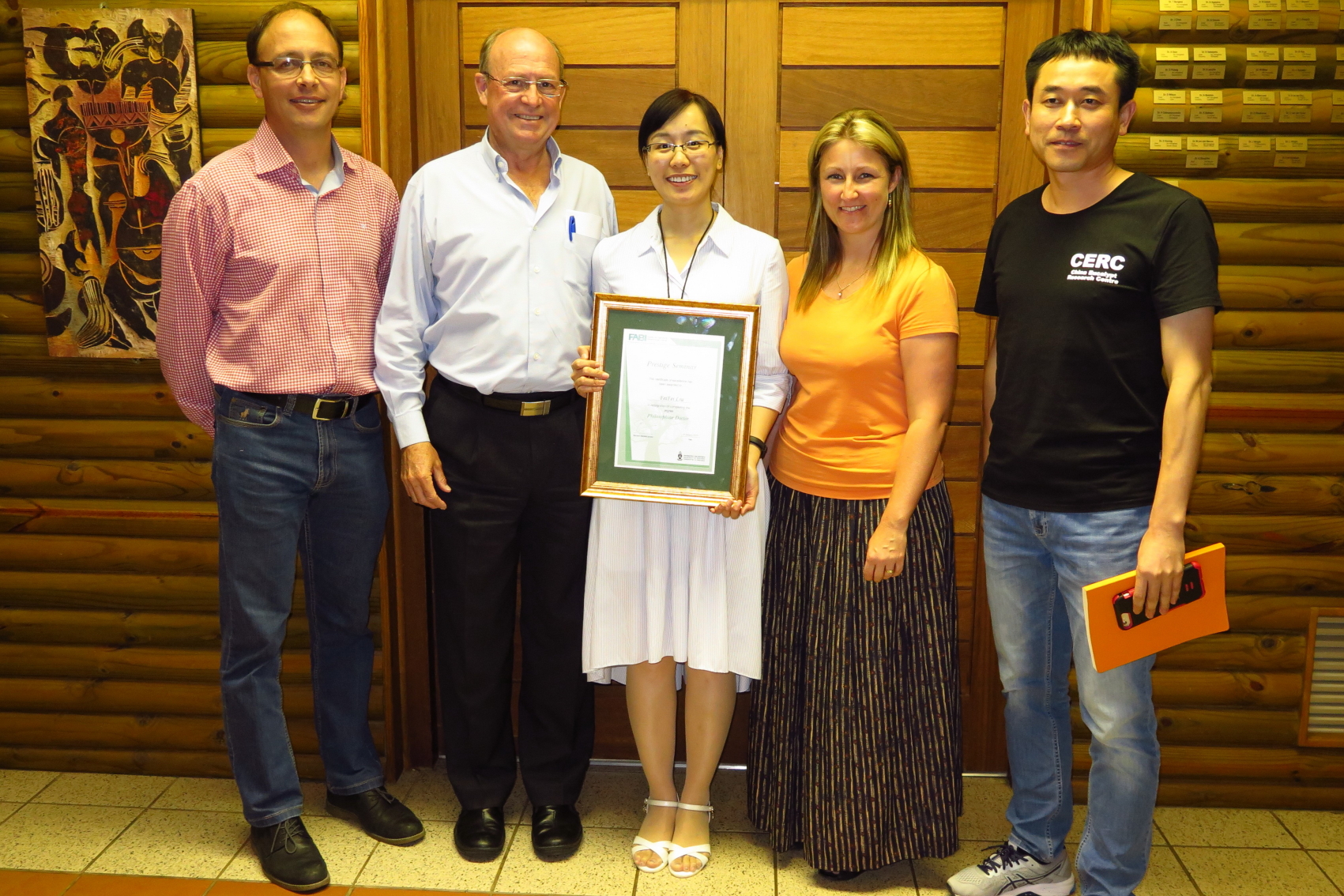 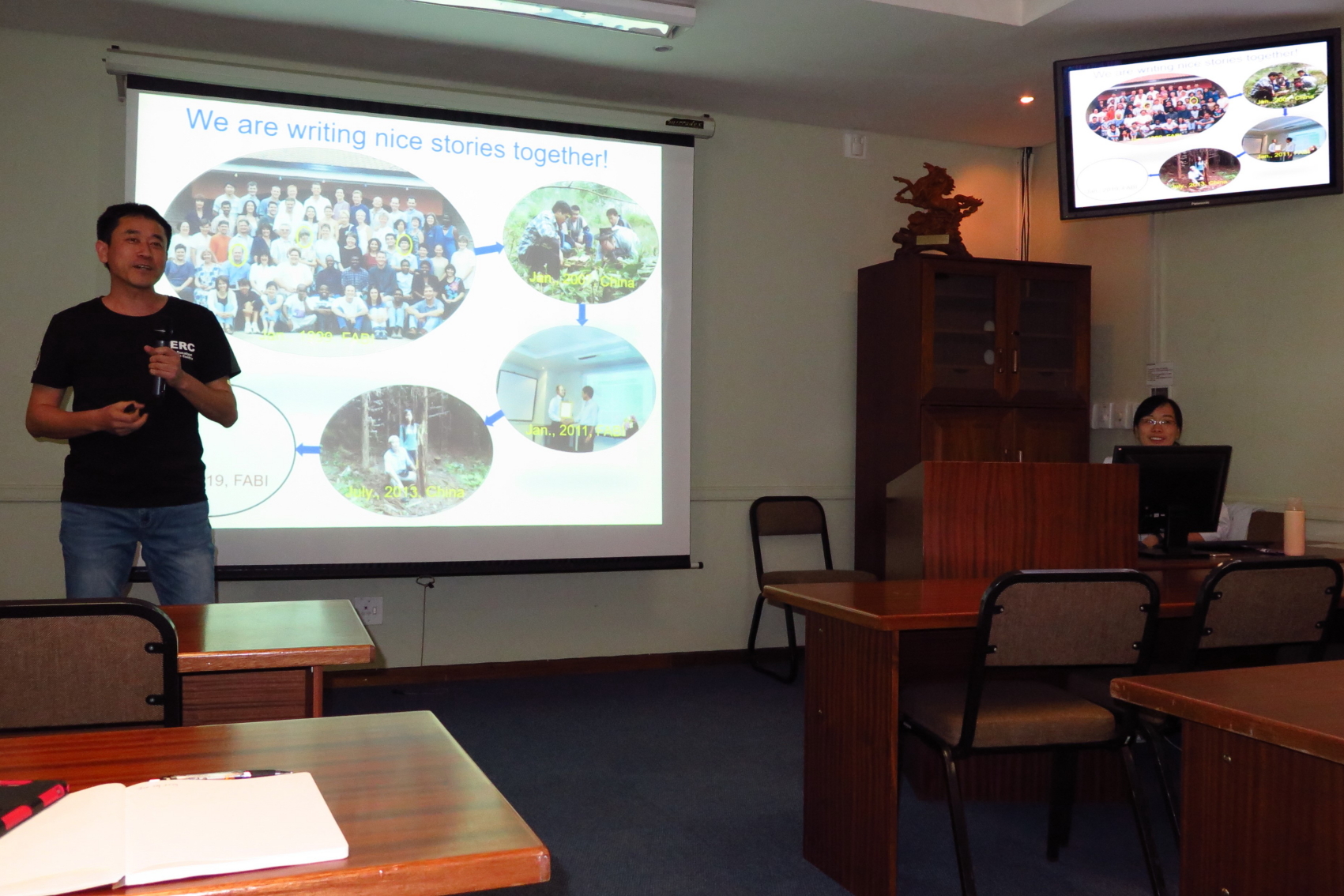 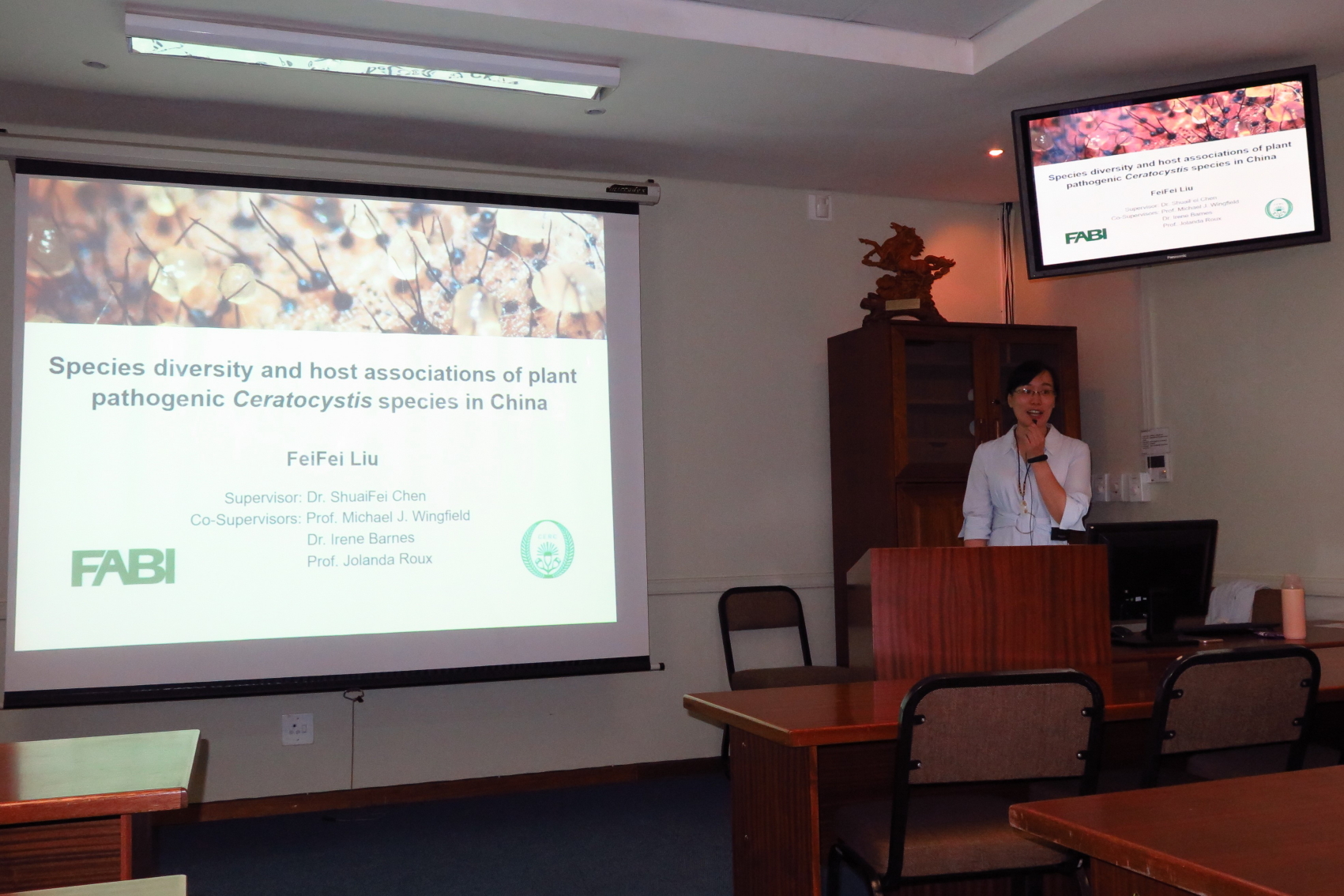 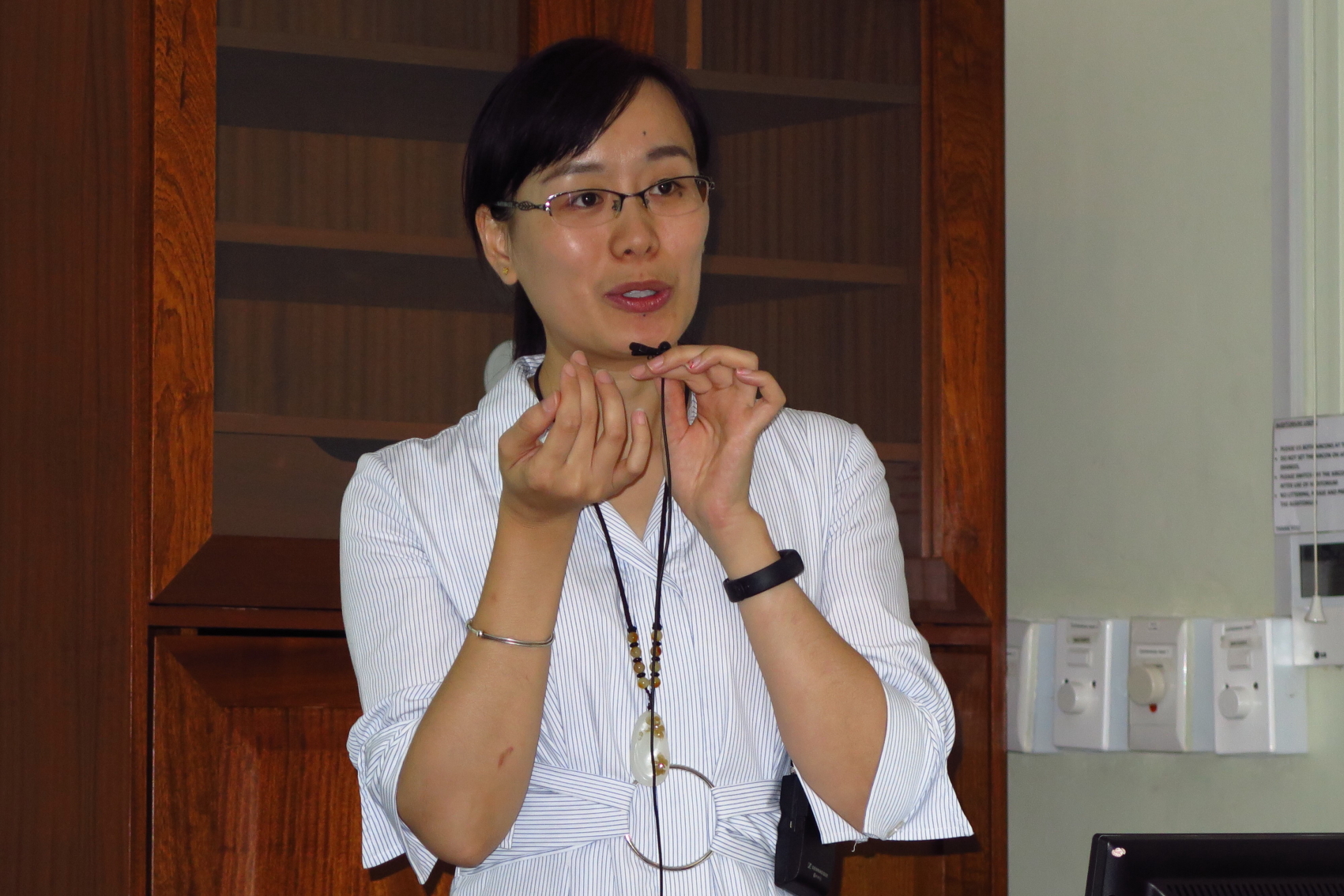 FeiFei Liu successfully defended her PhD thesis on 29 January, becoming the second FABIan this year to earn the title “Dr”. This after she presented her prestige seminar, titled “Species diversity and host associations of plant pathogenic Ceratocystis species in China”. She completed the study under the supervision of Professor ShuaiFei Chen, Dr Irene Barnes, Prof Jolanda Roux and Prof Mike Wingfield. Her external examiners were Dr Marc Hughes from the College of Tropical Agriculture and Human Resources at the University of Hawaii, Prof Paal Krokene from the Norwegian Institute of Bioeconomy Research as well as Dr Markus Wilken of the University of Pretoria.

She also conducted pathogenicity trials, which showed that some Ceratocystis species represent important plant pathogens that infect both forestry species and agricultural crops in China. Population genetics work on 500 isolates from four hosts and nine countries, using 10 microsatellite markers, revealed that host specialisation and host jumps might have occurred in some Ceratocystis species.

FeiFei completed her study as a student in the Tree Protection Co-operative Programme and the CERC-FABI Tree Protection Programme, a co-operative programme between the China Eucalypt Research Centre (CERC) and FABI. Prof Chen commended her strong personality throughout the study and expressed his wish that “more nice stories” could be written out of this partnership with CERC and FABI.