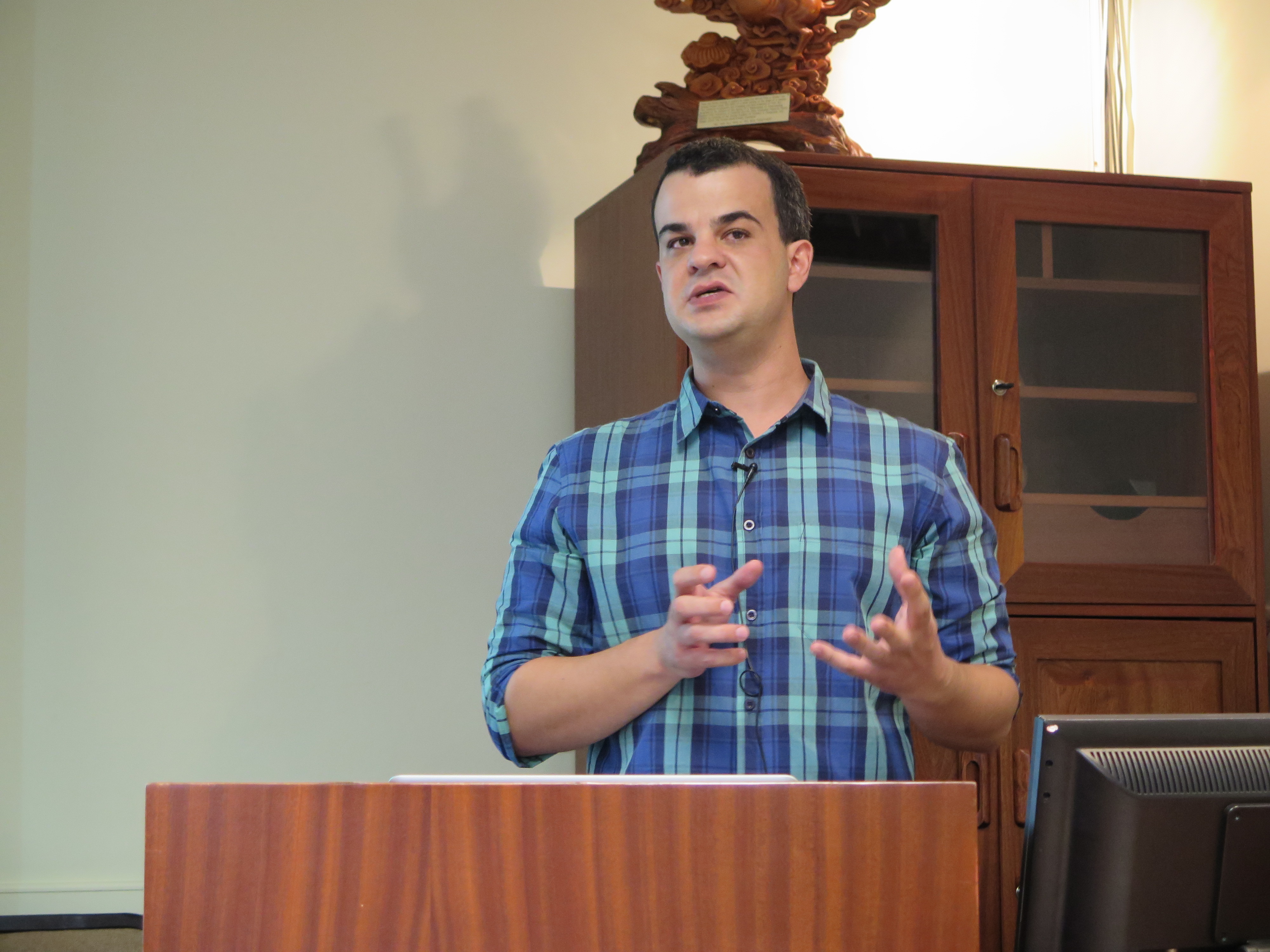 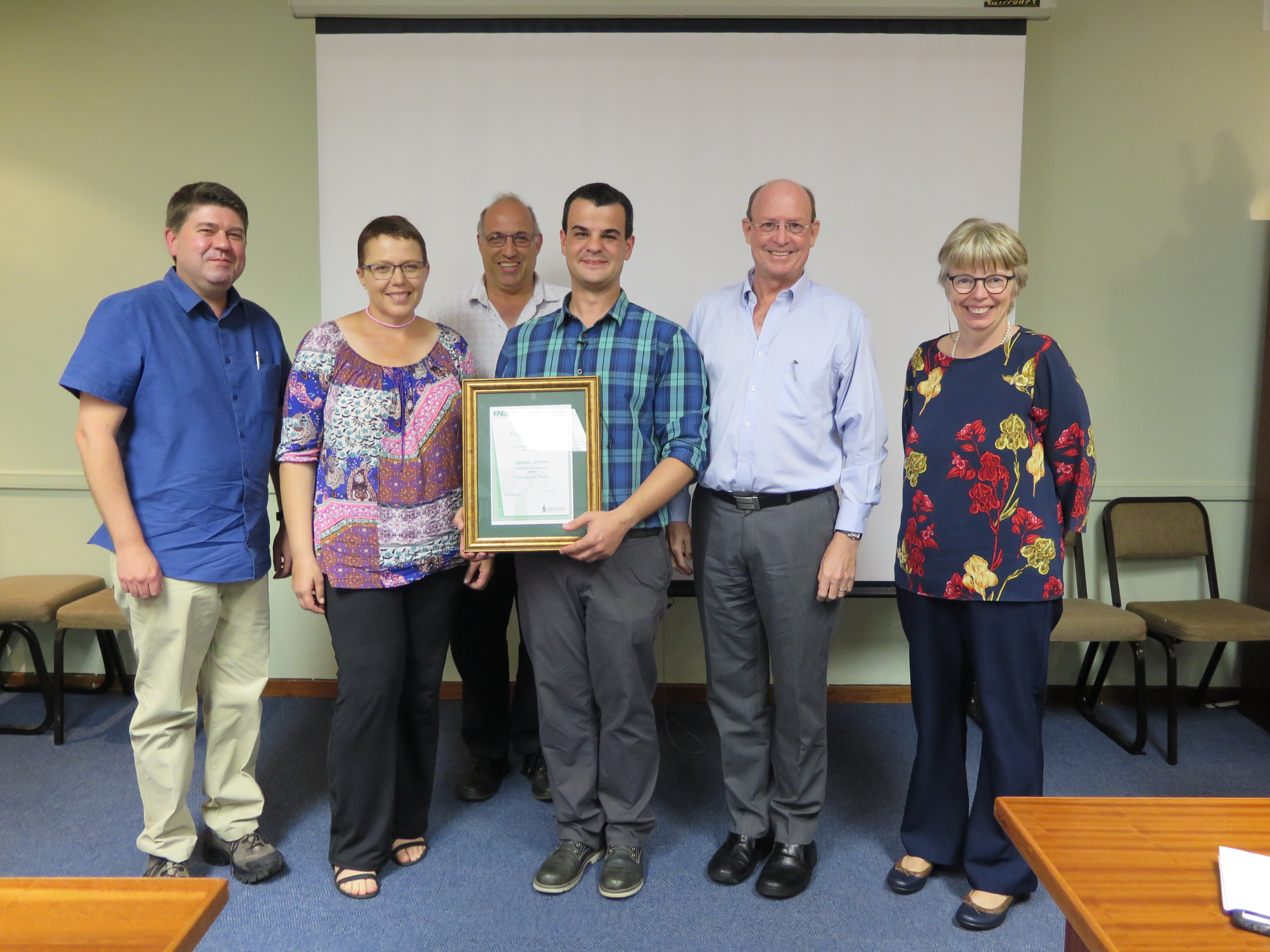 Congratulations to Quentin Santana on fulfilling all the requirements for a PhD degree! Quentin is the third candidate at FABI to achieve this feat in 2019. He successfully defended his PhD thesis on 28 March after presenting his prestige seminar “Population and genomic analyses on the pitch canker pathogen, Fusarium circinatum” in the presence of close family and friends. Quentin completed his study under the supervision of Profs Martin Coetzee, Emma Steenkamp, Brenda Wingfield and Mike Wingfield. His external examiners were Prof  Tom Gordon of the University of California, Davis as well as Prof Percy Chimwamurombe of the Namibia University of Science and Technology and Prof Sanushka Naidoo at the University of Pretoria.

Fusarium circinatum causes pitch canker disease in Pinus species. Reported for the first time in South Africa in 1990 in a nursery in the Mpumalanga province, the pathogen spread to other pine nurseries. More than 10 years later, F. circinatum was reported in commercial plantations in the Western Cape and Eastern Cape provinces. In his study, Quentin sought to determine whether the populations in these provinces were related and whether their diversity was because of sexual reproduction. Using next generation sequencing, Quentin developed a new technique to identify microsatellite markers and found that the outbreaks of pitch canker in the country were linked to the original nursery outbreak though there were multiple introductions of the pathogen over time. He did not find evidence of sexual reproduction in the field.

Quentin was also involved in the sequencing of the genome of F. circinatum, which was the first fungal genome sequenced in Africa. The genome was sequenced and assembled into chromosomes. He said this was an important resource in understanding the biology of the pathogen and would contribute to the development of strategies to prevent its movements across pine plantations. He also used the genome and those of other Fusarium species to determine which gene families were gained and lost during the evolution of these fungi.